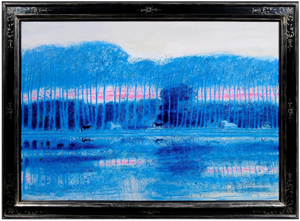 A copy of the receipt for André Brasilier’s Les étangs bleus loupeigne (Blue Ponds) accompanied the painting. The 1984 oil on canvas was the top lot of the 660-lot sale, finishing at $43,700.

ASHEVILLE, N.C. – The largest collection offered at Brunk Auctions on July 10 was also its most exciting. The collection of the late Herbert and Jean Schulman ranged from period 19th-century British furniture to oil paintings and Lalique glass. Most of their 56-lot estate sold within the sale’s first hour with four of these early lots among the sale’s top ten. Internet live bidding was provided by LiveAuctioneers.com.

One lot from the Schulman collection was included later in the sale’s other long and strong category – Chinese porcelain. The Schulman’s monumental Chinese lidded jar in famille rose, probably from the 20th century, with three cartouches of court figures, opened at $4,000 and sold for $25,300. That price – the sale’s fourth highest – was surpassed by the sale’s sleeper: a Chinese doucai vase with marks for Qianlong period (1735-1795). The 8-inch vase with its Japanese paulownia wood box left the $600-$1,200 estimate far behind. It sold to the phones for $41,400 making it the sale’s second-highest and most improbable lot.

Also demolishing its $500-$1000 estimate was a pair of Chinese blue and white round tiles with grooved edges. The 9-inch tiles from the 19th century in fabric cases sold for $20,700.

Outside the Schulman and Chinese porcelain categories were two noteworthy stand-alone lots. A double-suite edition of Lewis Carroll’s Alice in Wonderland with two sets of 12 Salvador Dali illustrations included one signed color etching that opened rather like a dormouse at $3,000. It left with a Cheshire grin at $17,250 (est. $3,000-$5,000). An 1873 Steinway piano in rosewood with scroll legs and pierced music stand sold for $33,350 (est. $5,000-$10,000). It was in excellent condition for a 137-year-old instrument and still issues a fine mellow tone.

The next sale at Brunk Auctions will be held Sept. 11-12, 2010 with Internet live bidding through LiveAuctioneers.com. “It should prove to be one of our most exciting sales,” said auction company owner Bob Brunk. Included in the 1500-lot sale will be many fine paintings and collections of Southern furniture, decoys and wine. For more information, call 828-254-6846. 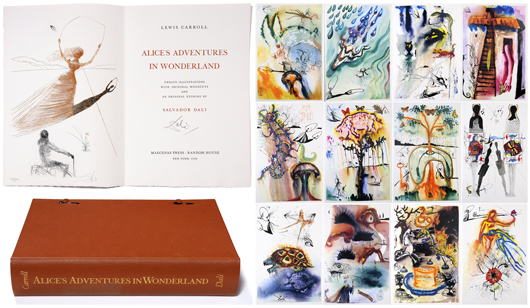 Alice in Wonderland was published by Maecenas Press-Random house in 1969; the signed Dali etching was the book’s frontispiece. The two Dali folios were in excellent condition, and the entire volume sold for $17,250. 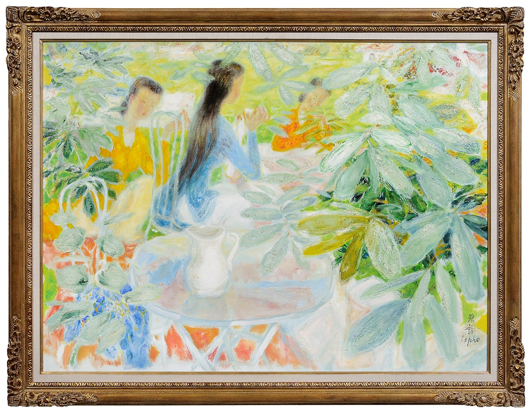 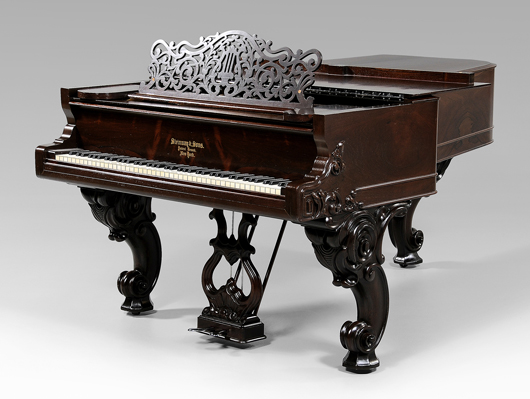 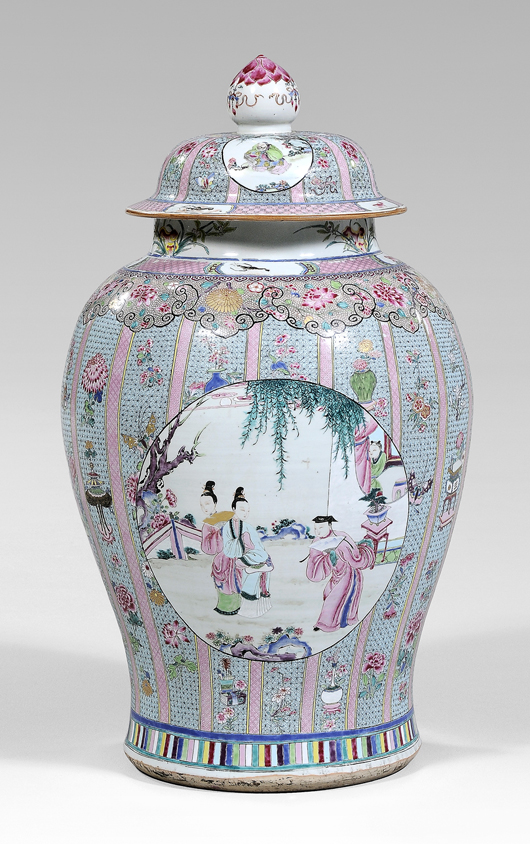 Exceeding 32 inches in height, this monumental Chinese lidded jar from the Schulman collection was the top Asian art lot at $25,300. 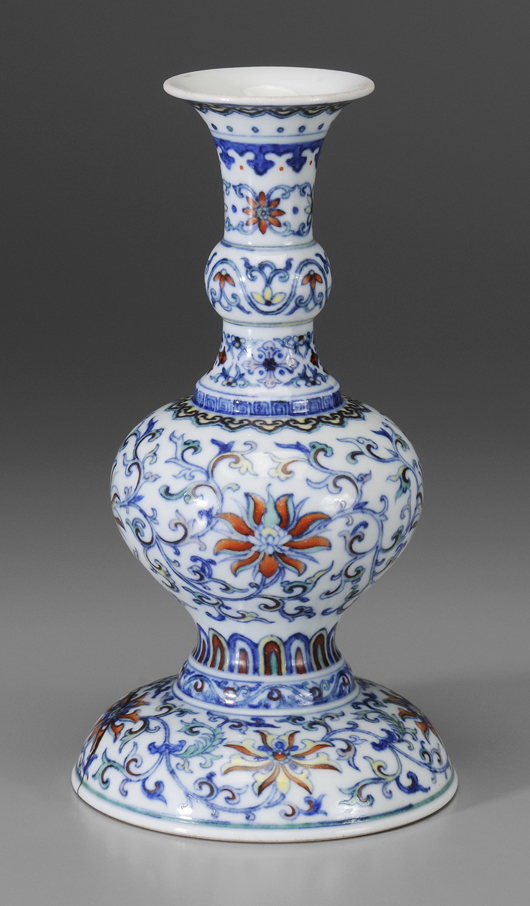