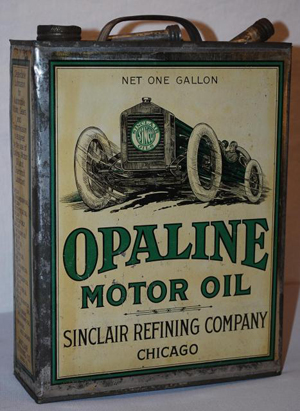 RAYMOND, Ill. – An outstanding Texaco Marine Lubricants single-sided porcelain sign, made in 1959 and rated 9.25 out of 10 for overall condition, sold for $6,325 at a two-day, three-session sale held Nov. 6-7 by Matthews Auctions LLC. The auction was held at the gallery of Gavin Pope Auction, with whom Matthews Auctions often partners.

The sign – measuring 15 inches by 30 inches and featuring a ships and speedboats graphic, with great gloss and color – was the top lot in an auction that saw 1,500-plus lots cross the block over the course of the three sessions and two days. And since many of the lots were sold in multiples, the final tally of items sold may actually have hit the 3,000 mark.

Headlining the event were the estates of Joe Srholez of Sussex, N.J., and Art Childers of Evansville, Ind., plus Part 2 of the sale of the oil bottle collection of Ron Throckmorton. The Nov. 6 session had 500 lots of petroliana and automobilia signs, gas pumps, globes, soda machines, oil and additive cans, and other items.

“This was a successful auction by any measure,” said Dan Matthews of Matthews Auctions, LLC, which is based in Nokomis, Ill. “Attendance was high both days, the phones were ringing and around 45 percent of the successful bids were either online or absentee.”

Following are additional highlights from the auction. All prices quoted include a 10 percent buyer’s premium.

A Texaco Certified Lubrication die-cut cardboard sign, 37 inches by 24 inches, with Marfak cardboard easel back display, rated 8.9, topped out at $2,970; a Weed Chains “As Necessary As Gasoline” single-sided tin sign with wood back, rated 7.5, with price wheel, rose to $2,530; and a Gulf Gasoline and Supreme Auto Oil single-sided tin sign, rated 8, hit $2,420.

A Wonder-Mist Cleanser and Polisher half-gallon flat metal can with limousine graphic, both sides rated 9, climbed to $1,072.50; a 1957 Chevrolet full-line showroom catalog filled with color plates, rated 9, fetched $770; and a 1922 framed print of a “Careful Crossing Campaign” showing a car about to be hit by a train at crossing, 30 inches by 36 inches, rose to $770.

For details log on to MatthewsAuctions.com or call 877- 968-8880. Or e-mail them at danm@matthewsauctions.com. 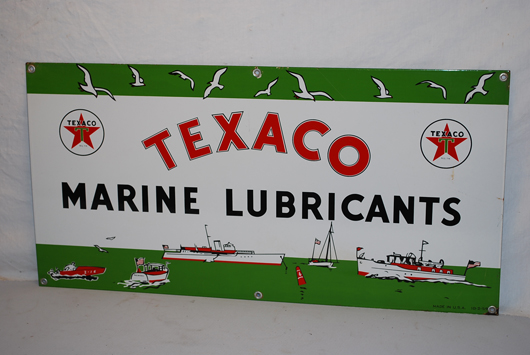 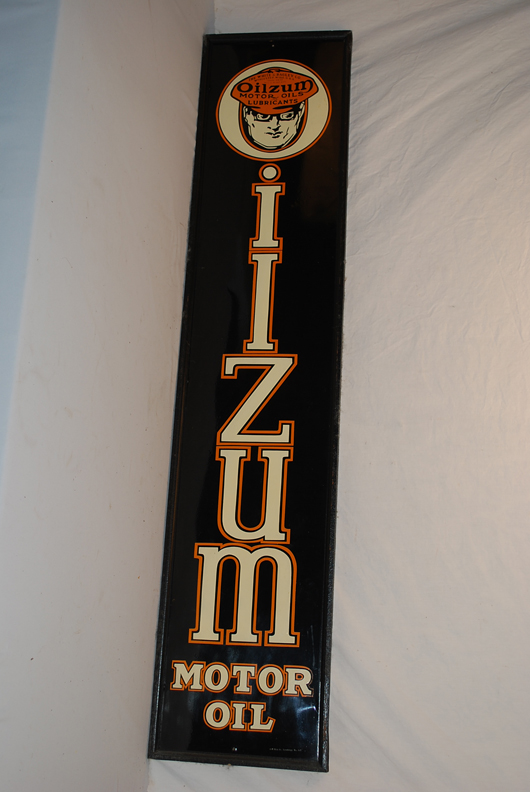 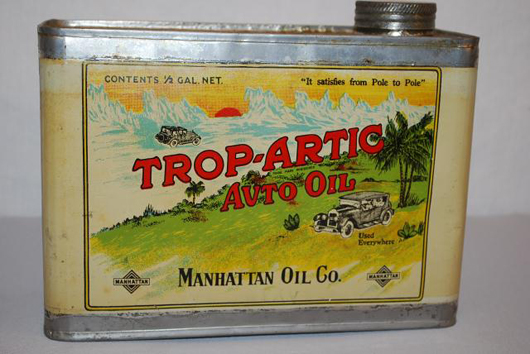 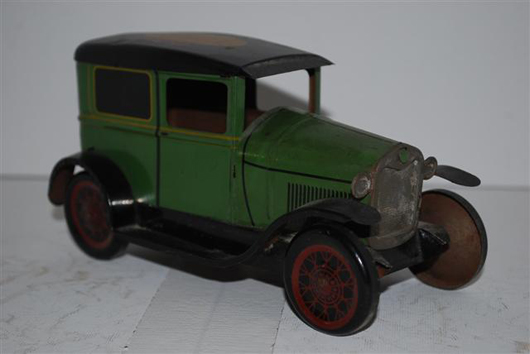 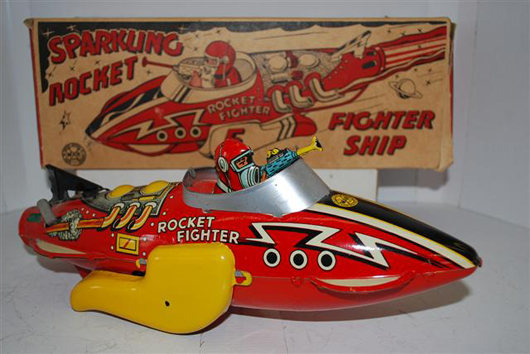 Metal hunters search for the fun of it, but treasures are a bonus