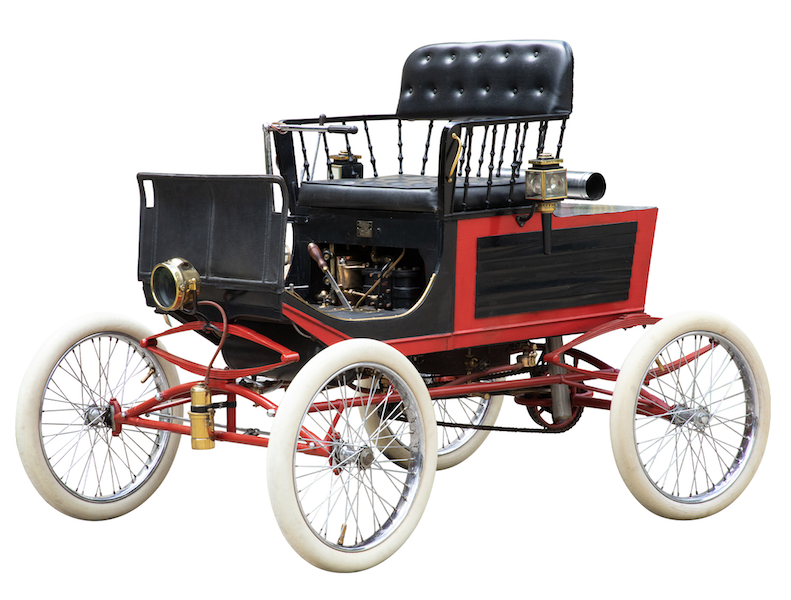 NEW HAMBURG, Canada – Three motor vehicles from the turn of the previous century – a 1907 REO Model A five-passenger touring car, an 1899 Stanley Stanhope No. 1 Locomobile and a prototype of the 1911 Model H REO pickup truck – sped away for a combined $120,950 in Miller & Miller Auctions’ online-only Petroliana & Advertising auction held on September 10. All figures quoted are in Canadian dollars.

The 1899 Stanley Stanhope Model No. 1 Locomobile, made by the Locomobile Company of America, was the auction’s top lot, selling for $44,250. It became known as the Stanley Steamer due to its quiet but powerful two-cylinder steam engine. Its advertising literature boasted it “weighs less than 400 pounds and is odorless and noiseless when in use.” 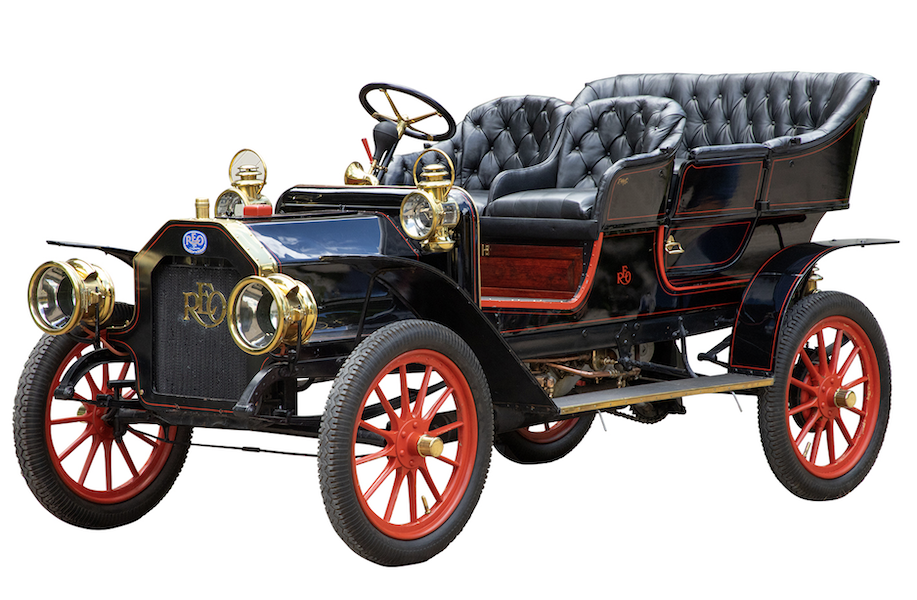 The 1907 REO Model A five-passenger touring car sold within its estimate for $41,300. This early and unusual vehicle was the brainchild of Ransom E. Olds, creator of the Oldsmobile. It was restored in 2006. For years the car was displayed at Richard Bennett’s Horseless Carriage Museum in Fenelon Falls, Ontario. In fact, all three top lots came out of the museum. 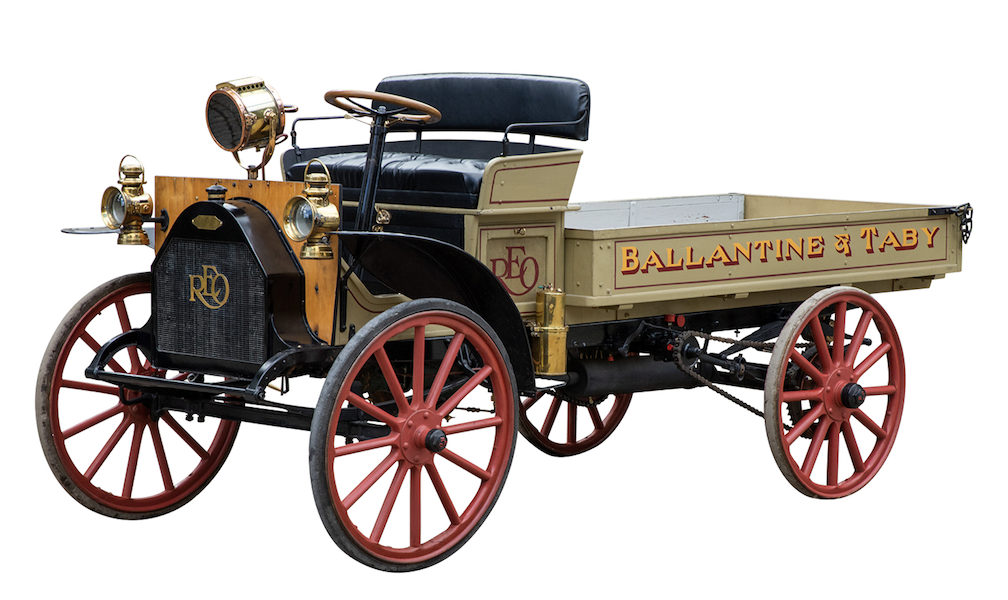 The eye-catching variant and potential prototype of the 1911 Model H REO pickup truck, made by the REO Motor Truck Company in Lansing, Michigan, had been fully restored and featured signage for the merchant Ballantine & Taby. It earned $35,400. Ads for the truck, which was also designed by R. E. Olds, claimed it could “do the work of three horse-drawn trucks at less than half the cost.” 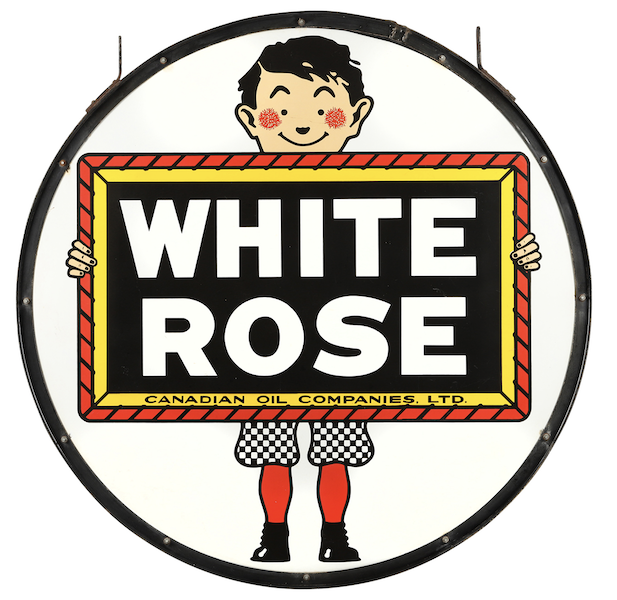 Other lots that performed well included a 1940s Canadian White Rose Gasoline double-sided porcelain sign with the coveted Slate Boy graphic, which was marked “The W. F. Vilas Co. Ltd. Cowansville P.Q.” on the lower edge. It blew past its $20,000 high estimate to finish at $24,780. 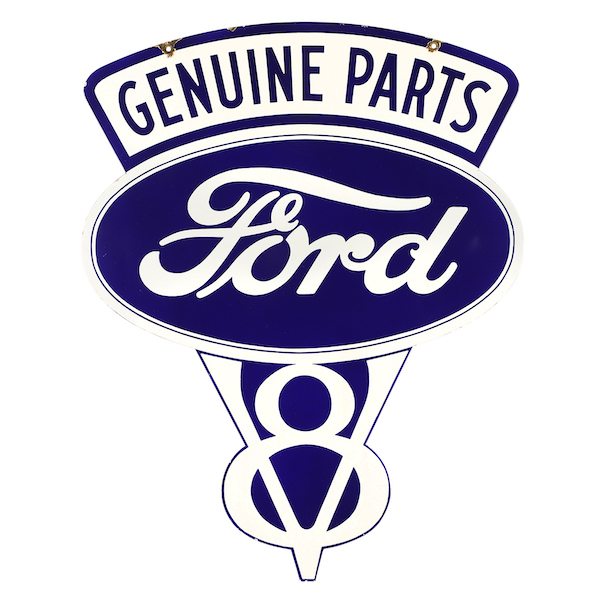 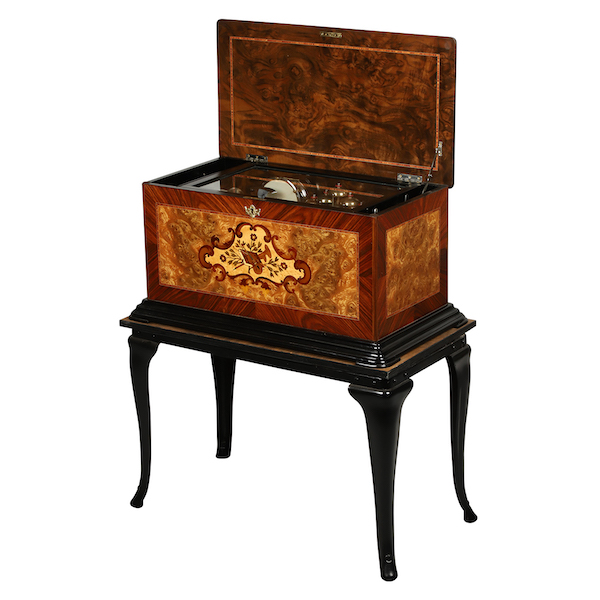 A circa-1890 Paillard Grand Orchestral Cylinder Swiss music box, in excellent cosmetic and working condition and housed in a rosewood and burled wood case on a matching stand, earned $9,440. 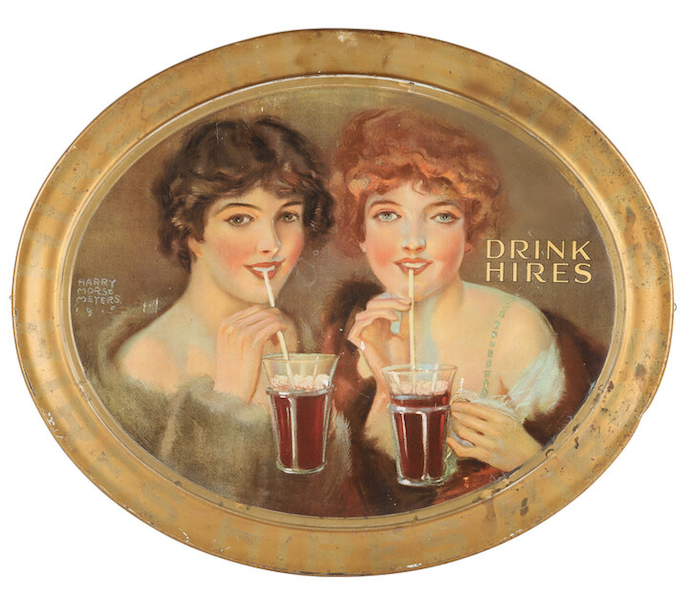 American Hires Root Beer single-sided tin oval sign from the mid-1910s, with the artwork signed and dated by the artist, CA8,850

Rounding out the highlights was an American Hires root beer single-sided tin oval sign from the mid-1910s, with the artwork signed and dated by the illustration artist: “Harry Morse Meyers 1915.” It realized $8,850.

The current rate of exchange is dollar CA 1 = 75 cents. 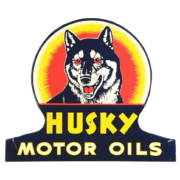 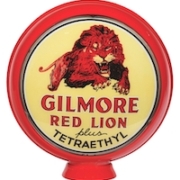 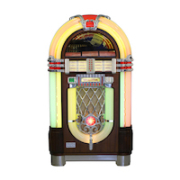 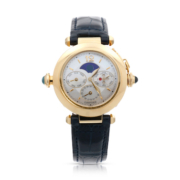 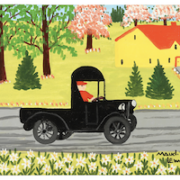 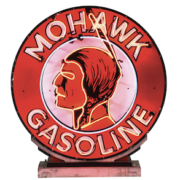 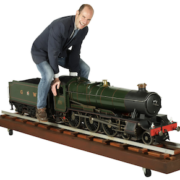 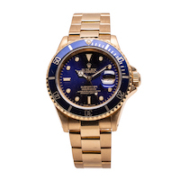