The top lot of the auction, selling at $71,300, was this stunning Tiffany Studios memorial window titled ‘Angel of Resurrection.’ Cottone Auctions image.

The memorial window was the top lot of the auction, fetching a robust $71,300. It came directly from the Church of the Redeemer in Newark, N.J., where it had been originally installed as the “Allison Memorial Window.” Following close behind was the Poppy lamp, which lit up the room for $69,000. The lamp, 24 inches tall, had an overlay filigree shade, 17 inches in diameter.

In third place, but no less impressive than the other two lots, was the pair of leaded glass hanging domes. They changed hands for $48,000. These prices were within estimates. Much of what was produced by the Tiffany Studios in New York from 1878 to 1933 is today highly sought after by collectors. In total, around 800 quality lots came under the gavel over the course of the two days.

In addition to examples by Tiffany, the auction was packed with Mid-Century Modern pieces by major designers in the field, original oil paintings and other works of art, fine art glass creations, sterling silver, lamps and lighting, old clocks and decorative accessories. The Fall Fine Art & Antiques Auction is a major event on the Cottone calendar. It was expected to do well, and it did.

“We had a nice, broad mix of merchandise for bidders to consider, from Modern to folk art and with contemporary art glass pieces that ranged from 15 years old to the 18th century,” said Matt Cottone of Cottone Auctions. “We basically stuck to our formula, which is to aggressively seek out the best merchandise from prominent estates and collections, items bidders will really want.”

Following are additional highlights from the auction. All prices quoted include the 15 percent buyer’s premium.

An original oil painting by Wiliam Aiken Walker (South Carolina, 1838-1921), depicting figures and a landing scene along the Mississippi River and titled Waiting for a Boat, went for $46,000; and an interior rendering by Walter Gay (American, 1856-1937), an artist who studied in Paris and specialized in paintings of French interiors, titled Les Baites, hit $39,100.

Three portrait paintings attributed to Asahel Lynde Powers (American, 1813-1843), the itinerant folk portrait painter who traveled across the United States from Vermont to Illinois, painting portraits as he went, sold for $34,500; and a landscape painting by Ralph A. Blakelock (American, 1847-1919), who built a reputation on mysterious, luminous landscapes, titled Fall Landscape, made $17,250.

For information phone Cottone Auctions at 585-243-3100 or e-mail them at info@cottoneauctions.com.

The top lot of the auction, selling at $71,300, was this stunning Tiffany Studios memorial window titled ‘Angel of Resurrection.’ Cottone Auctions image. 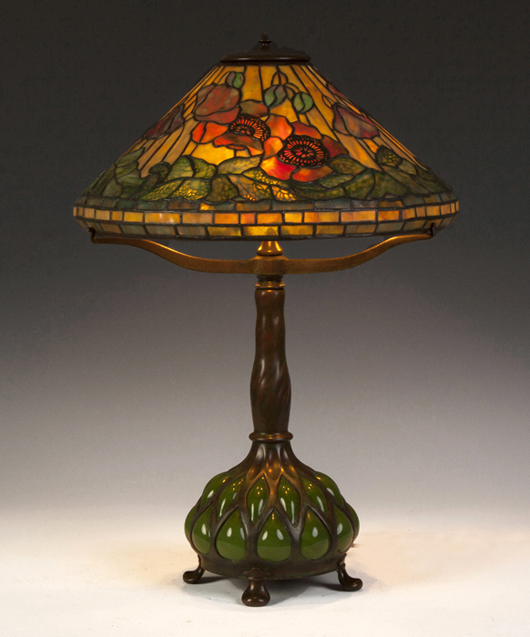 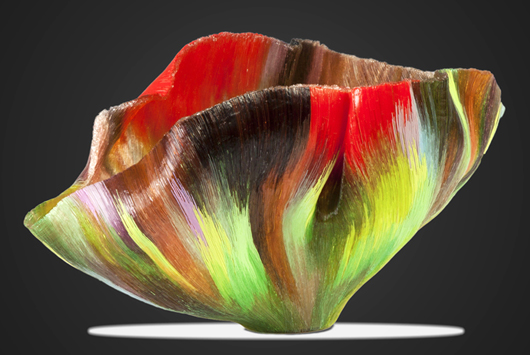 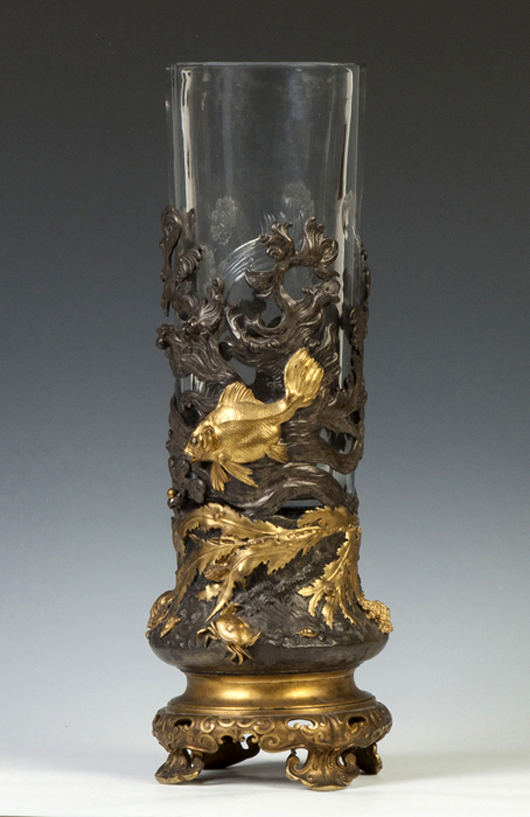 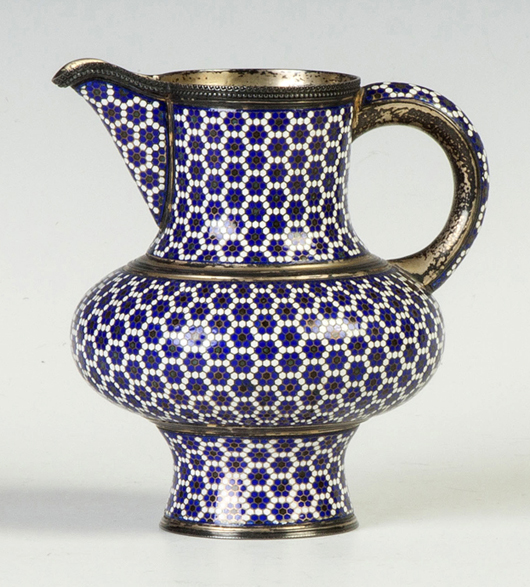 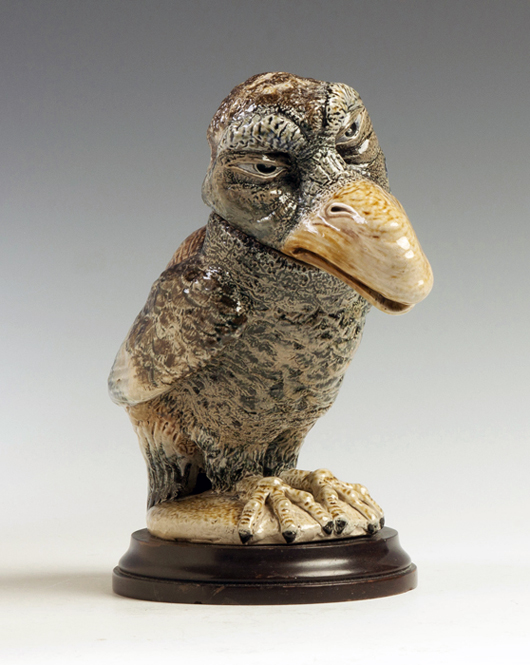 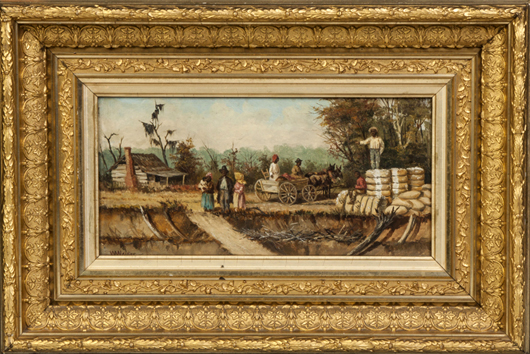 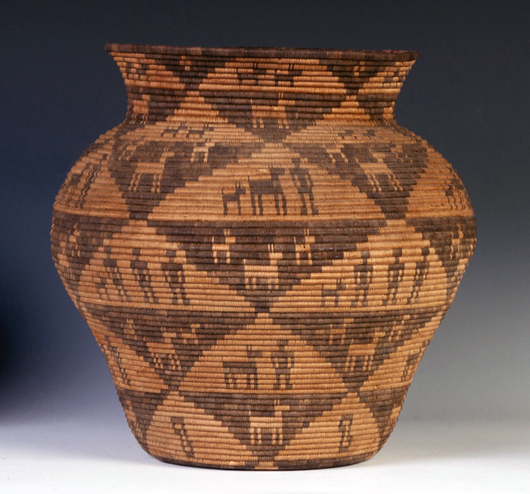