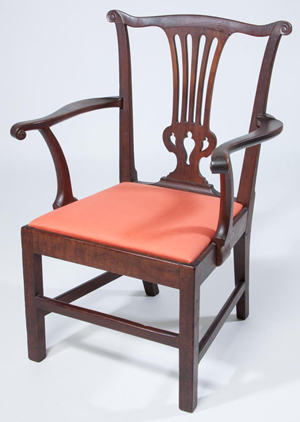 MT. CRAWFORD, Va. – A fine Virginia 18th century Chippendale black walnut armchair, formerly in the personal collection of Milly McGehee, and from the same shop as a set of chairs made for the Epps family of Appomattox Manor, Hopewell, Va., sold for $34,500 against a $5,000-$8,000 estimate at Jeffrey S. Evans & Associates auction on Nov. 16. The chair brought out competitors eager to acquire a great example made at a fine workshop.

This 1,148-lot marathon, one-day auction also included a large variety of European paintings, including a Fabio Fabbi Orientalist painting that sold for $25,300 against a $5,000-$8,000 estimate (Lot 736). With seven phone bidders including private collectors and institutions, the provocative scene of a woman dancing in a Middle Eastern street scene, caught the eye of bidders internationally.

Jeffrey S. Evans is known as the top source for Shenandoah Valley of Virginia furniture and decorative arts and this auction included many fine examples from local estates and collections. Leading the way was a Winchester Federal walnut child’s chest of drawers in outstanding original condition from the collection of Jessie and the late Eugene Long. Measuring only 23 1/2 inches high and 22 inches wide, the chest had descended in the Bell and Henkel families and had been acquired by the Longs in the 1960s for the then pricey sum of $25. After a battle between two Virginia collectors it sold for $24,150 (Lot 614).

Other important Virginia material included a circa 1820 miniature portrait on ivory of Winchester silversmith Thomas Boyle Campbell (1796-1858), which sold with a full-size oil on canvas portrait of Campbell and five pieces of his personal silver. The grouping had descended directly in the Campbell family and sold for $20,700 to a Virginia museum (lot 438).

Scholarship proved the making of a wonderfully rare piece of Shenandoah Valley furniture, a walnut and punched-tin food safe signed by cabinetmaker Edward Fry Bell (1834-1911) of Strasburg, Va. Research by Evans’ Americana specialist William Kimbrough determined that the safe had been produced for Valley potter Theophilus Grim and his wife, Carrie, likely for their 1870 wedding. The extensive catalog write-up identified the safe’s maker as a member of the famous Bell family of Shenandoah Valley potters. Because of this important historical provenance and rarely documented interaction between 19th century artisans, the safe sold for a strong $14,950 against a $3,000-$5,000 estimate to a private Shenandoah Valley collector underbid by a Valley museum (Lot 644).

Auctioneer Jeffrey Evans kept up a quick pace of 96 lots per hour throughout the auction, hammering down the final lot 12 hours after he called for the first bid of the sale. The auction realized $792,315.50 including the 15 percent buyer’s premium. The firm handled over 7,000 on-line and left bids; 146 phone bids, and registered 2,983 bidders overall, from 32 countries.

After the auction, Jeffrey S. Evans said, “We were extremely pleased with every category in this very diverse auction. The freshness of the merchandise and conservative estimates elicited lively bidding throughout the day. Only 10 lots carried a reserve and all but one of those sold, and it looks like that one item will sell shortly. Surprisingly we even saw a solid increase in prices for medium quality furniture – overall everything is looking up.” 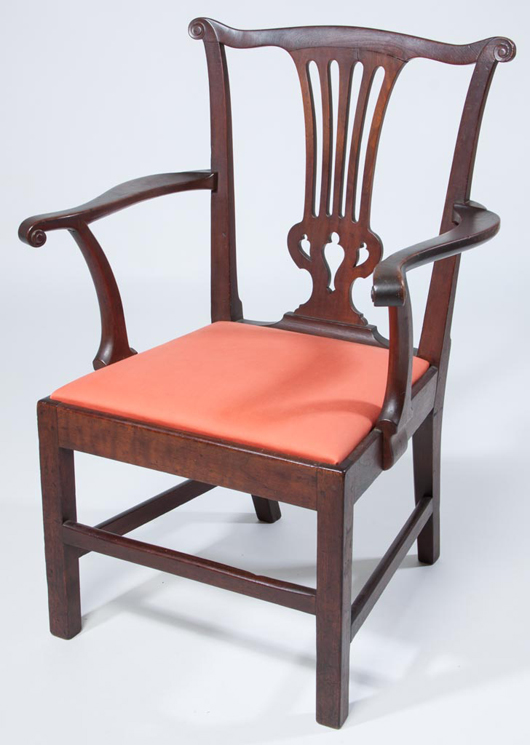 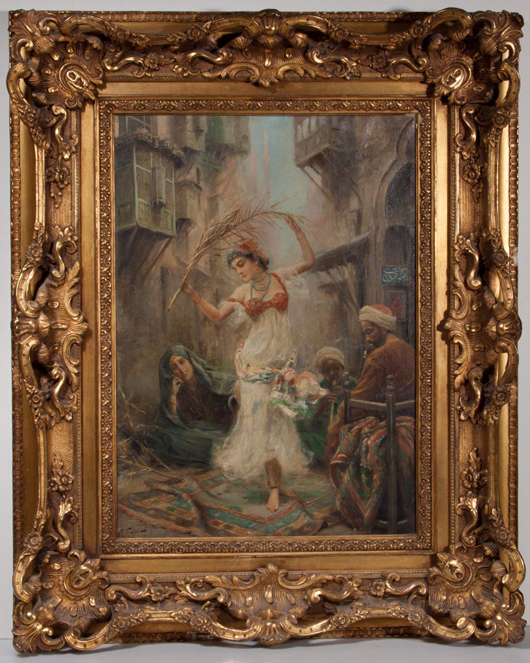 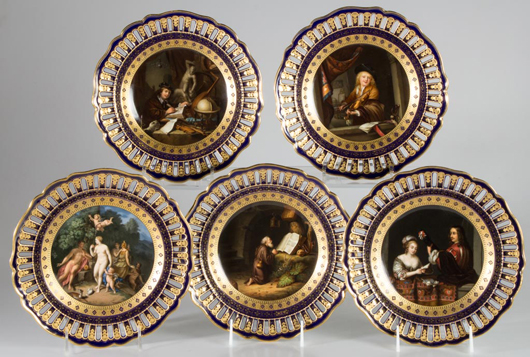 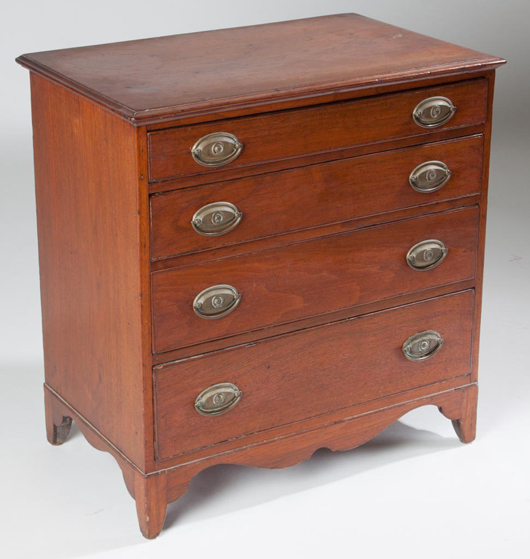 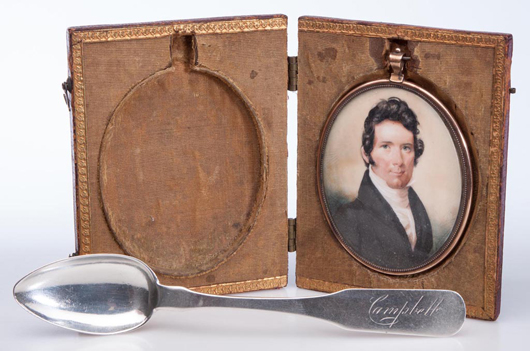