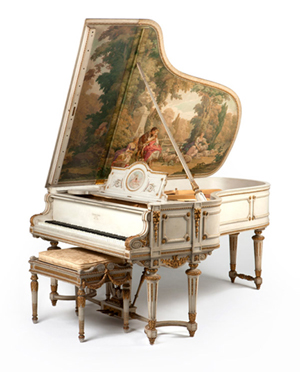 PASADENA, Calif. – John Moran Auctioneers opened their fall auction season with a Decorative Arts Auction at the Pasadena Convention Center on Sept. 23. The two-session sale, featuring more than 400 lots of American and European design from the early to mid-20th century, traditional Continental furnishings from the 19th century, silver, Asian furniture and art, and a larger-than-usual selection of paintings, demonstrated a strong market for better items across all categories.

The more than 80 California and American paintings in the 228-lot cataloged session made an impression, finding a receptive audience among collectors and dealers who otherwise frequent Moran’s sales to purchase antiques. They showed a clear willingness to cross over into the fine art market, and to pay healthy prices in the process.

Several paintings fetched prices commensurate with those earned at Moran’s semiannual fine art auctions, and a few sold for twice the upper end of the presale estimate. A Summer, a scene of rolling hills by Los Angeles, Calif., painter William Lees Judson (1842–1928), realized $3,900, while Leland Curtis’s more dramatic Sierra Peaks reached a price of $1,882.50 (all prices include 20 percent buyer premium). A number of bidders competed for a hypnotic scene of a lily pond receding deeply into a grove of trees, painted by Wayne Beam Morrell (1923–2013 Rockport, Mass). Boasting deft brushwork and richly saturated color, the oil had no difficulty in selling for $3,000 (est: $1,000–1,500).

Select examples of early 20th century design were also greeted enthusiastically. A hauntingly beautiful Gallé cameo glass vase, wheel-cut in brown, green and blue with stark imagery commemorating the 1914 Battle of Lorraine, commanded an impressive price of $11,685, well over the $3,000-4,000 estimate. A two-piece lot of Art Deco Argenta pottery by Swedish designer William Kage for the Gustavsberg factory was an irresistible find. Glazed in mottled jade green and inlaid in silver with stylized mermaids and boldly patterned borders, the bowl and charger fetched $1,192.25 (est: $600–900). Also in the Art Deco style, a pair of clear glass vases by Sydney Bieler Waugh for Steuben featuring simple lines and boldly etched, classically inspired designs of Pegasus and a recumbent lamb brought $960 (est: $300–400). A Tiffany Studios bronze and Favrile glass Lily lamp with 10 lights earned a price at the high end of its estimate of $15,000–18,000, realizing $17,150, while an oak Morris chair by Gustav Stickley sold comfortably over the estimate of $1,500–2,500 at $4,800.

– Also by Meissen, a pair of figurines of cherubs designed after the models by Heinrich Schwabe achieved the high estimate, together realizing $1,200.

Moran’s offered two outstandingly grand pianos, each clad in a distinctive art case. A 1901 Louis XVI-style Steinway Model B, serial number 99,999, was decorated with portraits of composers painted to the exterior lid and a “fete galante’’ scene of figures in a bucolic landscape painted on the lid interior by Arthur Thomas in 1907. Arriving at auction with an impressive provenance, the fully functional work of art fetched $39,975, barely missing the high end of the estimate of $30,000–40,000. The other piano, by the venerable Parisian firm Érard, was handsomely outfitted with gilt bronze mounts and complex marquetry inlay. This instrument also clearly impressed buyers, as bidding rang off the scales to $27,000, well over the $10,000–15,000 estimate. 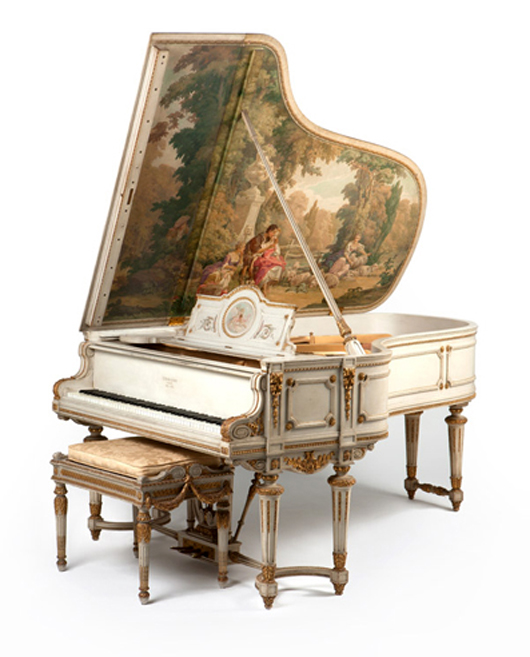 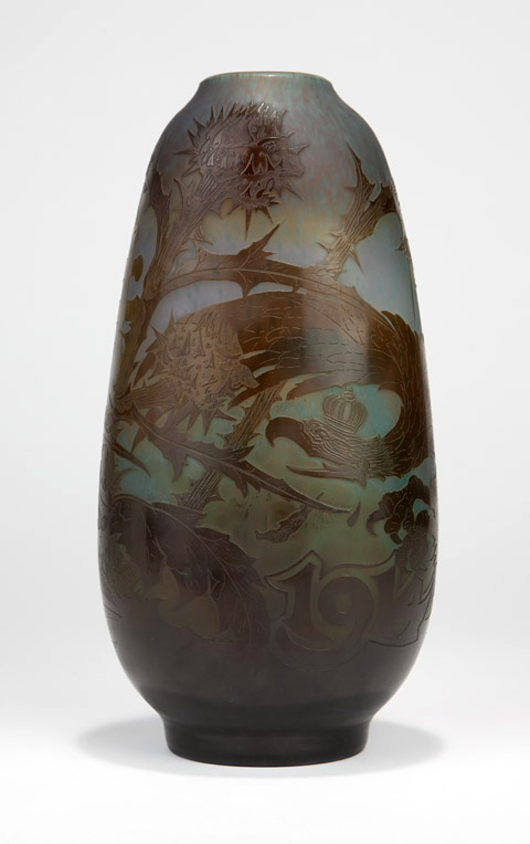 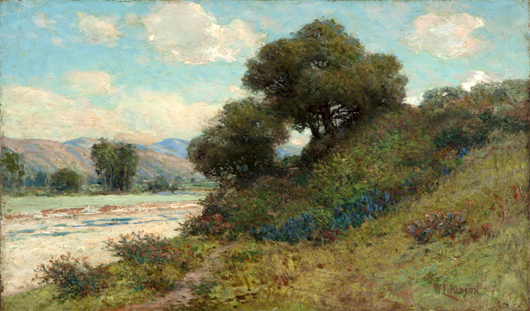 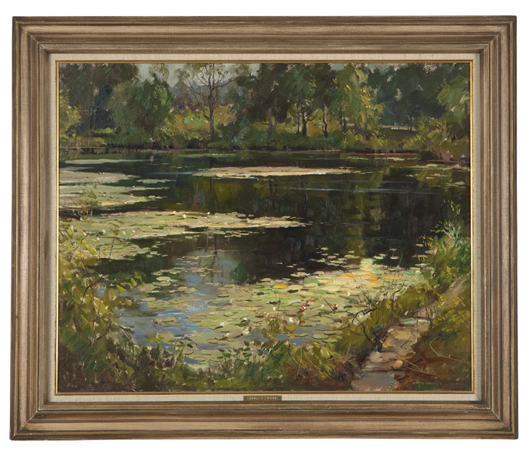 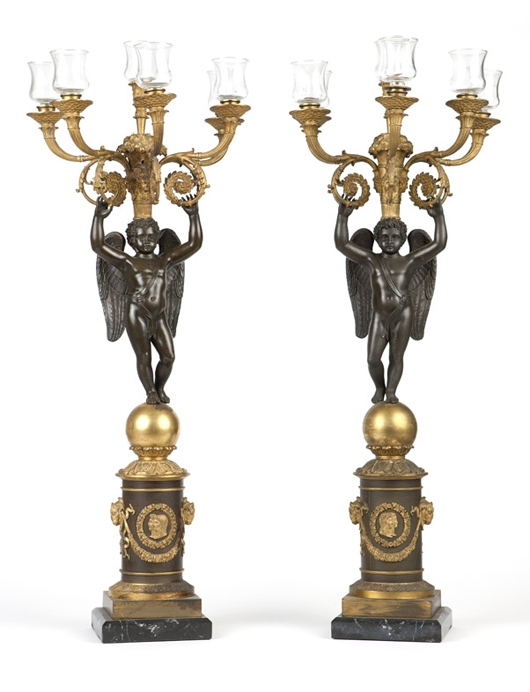 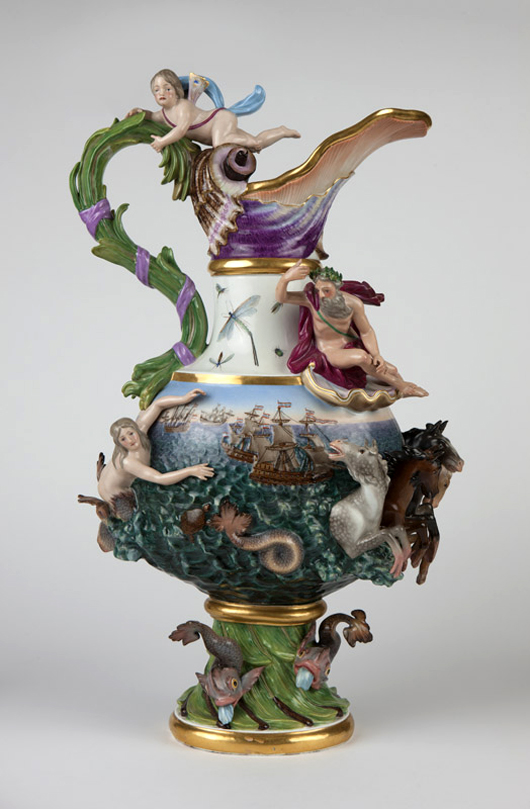