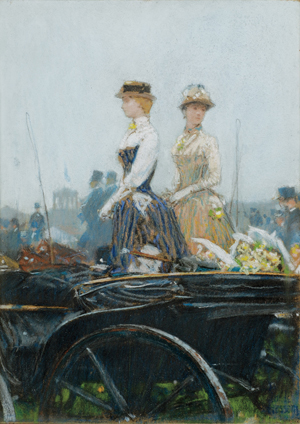 The auction’s top lot was At the Grand Prix by Childe Hassam. One of only approximately eight pastels created by Hassam between 1887 and 1889 while in Paris, it had been in the same private collection for several decades. Estimated at $150,000 to $200,000, it sold for $699,000. This price marks the second-highest price for a pastel paid at auction.

Irving Ramsey Wiles’ A Walk Along the Harbor Shore, which descended through a New England family collection, also did exceptionally well. Estimated at $50,000 to $75,000, it sold for $490,000, setting a world record.

According to Robin Starr, director of Fine Paintings at Skinner, “The success of last week’s sale was based on the fact that we had fantastic works of extremely high quality that were very fresh to the market. The Wiles, Tanguy and Hassam works had literally all been hidden away for decades. The quality of the material is reflective of our continued commitment to bring best-of-class material to auction,” Starr continued. “Independent of what’s going on in the market, this sale is evidence that great material will bring extraordinary prices.”

Two William Alexander works presented the biggest upsets, with one selling at nearly 100 times its estimate. A View of Part of the Great Wall of China, Called by the Natives Van-lee-ching, or Wall of Ten Thousand Lee, Taken Near the Pass of ‘Cou-Pe-Koo’ plate XXIV was estimated at $1,000 to $1,500, but sold for $100,725. Chinese Barges of the Embassy Preparing to Pass Under a Bridge plate XL from Sir George Staunton’s An Authentic Account of An Embassy from the King of Great, also estimated at $1,000 to $1,500, sold for $82,950. A world record and the second-highest record were set respectively with the sale of these paintings. 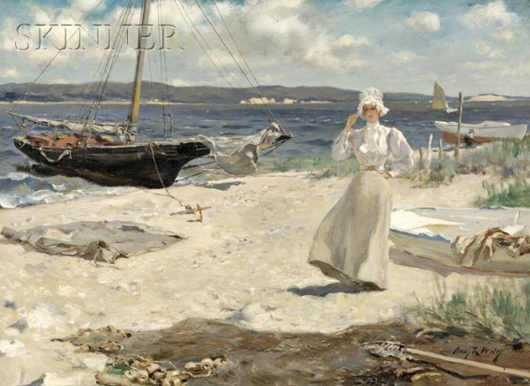 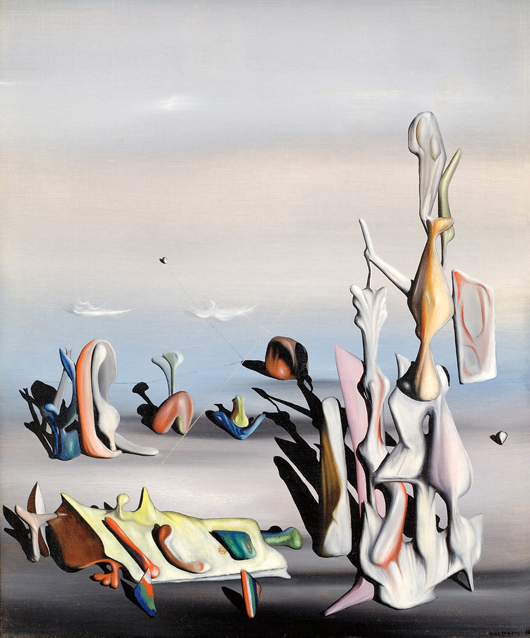