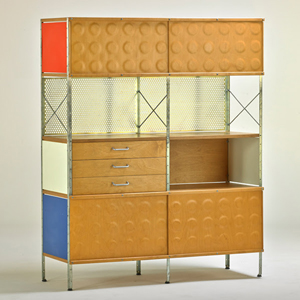 LAMBERTVILLE, N.J. – Rago Auctions will conduct a 1,300-lot unreserved auction over two days, Saturday, Jan. 18, and Sunday, Jan. 19, at 10 a.m. Eastern. None of the lots has a reserve, meaning that the high bid – no matter how low – wins the lot. LiveAuctioneers.com will provide Internet live bidding.

On Saturday, look for 550 lots of early 20th century design decorative arts and furnishings, with pottery by Fulper, George Ohr and Rookwood, furnishings by Stickley and Limbert, Scandinavian furniture and fittings, glass by Tiffany and Galle, and artwork by Chagall and Dali.

Nearly 800 lots of 20th century modern will be sold on Sunday, including furnishings by Nakashima, Evans, Le Corbusier, Eames, contemporary pottery by Scheier, lighting by Stillnovo, artwork by Warhol, glass, rugs and more.

“Rago Unreserved is all about better stuff for less money,” said Michael Ingham, who runs the auction. “It’s for everyone who thinks they can’t afford to buy at auction and have never come into Rago. It’s fun. You can buy art and furniture that doesn’t come off a big retail assembly line. It’s better made than most anything from a chain store and it costs less. Come in early and browse around. If you don’t know how to bid at auction, we’ll be glad to show you the ropes.”

Famous early 20th century design furniture makers in the sale include: L. & J.G. Stickley, Gustav Stickley, Stickley Brothers, Limbert, and contemporary Stickley by EJ Audi. Featured is lot 61, a Limbert five-drawer tall chest, estimated at $1,200-$1,600; and lot 62, a Gustav Stickley a trestle library table, estimated at $1,200-$1,800. Also featured is a run of Roseville, including Futura and Sunflower, and many wall pockets. An example is lot 175, a Roseville Futura urn, estimated at $500-$700. There is also much Weller in the sale from the Hudson and Sicard lines. Featured is lot 320, a LaSa Weller tall vase with landscape, estimated at $600-$800. There are also bird figurines by Weller.

The sale wraps up with over 100 lots of Scandinavian furnishings and fittings. Famous makers include Hans Wegner, Finn Juhl, Jens Risom, Arne Vodder, Ilmari Tapiovaara, Bruno Mathsson and Kai Kristainsen. Featured Scandinavian pieces include: lot 418, a set of four Wishbone chairs by Hans Wegner/Carl Hansen, estimated at $1,000-$1,500; lot 429, an armchair by Finn Juhl for Baker, estimated at $800-$1,000; and lot 531, a lounge and ottoman by Ilmari Tapiovaara for Asko, estimated at $1,200-$1,800. There is also a stunning selection of smalls, such as lot 465, a 30-piece set of flatware in Fjord pattern by Jens Quistgaard for Dansk, in stainless steel and teak, estimated at $250-$350.

There is lighting by Stilnovo, Camer, Maison Jansen, Gaetano Sciolari, and Max Ingrand for Fontana Arte. Featured is lot 1045, a Martine Bedin/Memphis “Super Lamp” estimated at $500-$700. There is a notable lot of jewelry by Line Vautrin, estimated at $1,200-$1,800, and Lino Sabattini silver-plated pieces, estimated at $400-600.

Consignments are invited for all Rago’s Auctions. Phone 609-397-9374 or email to info@ragoarts.com. 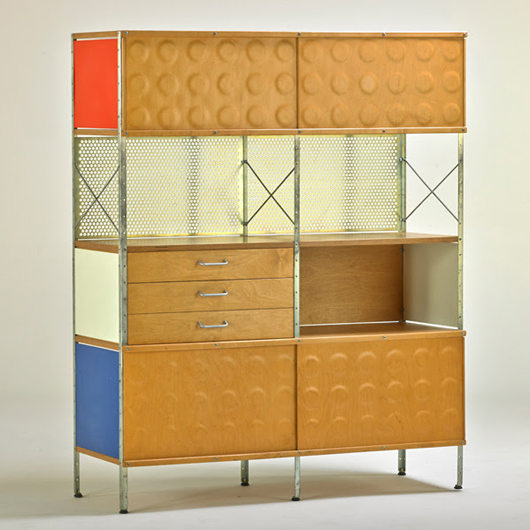 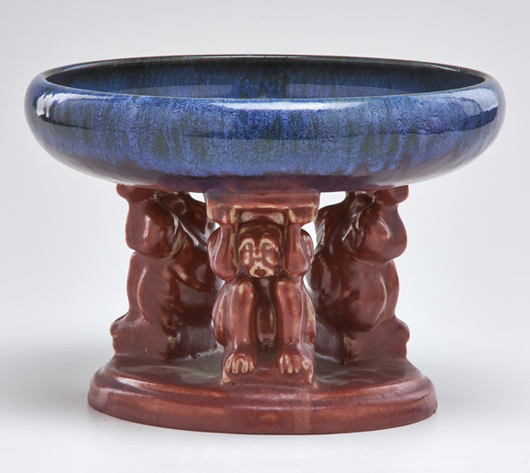 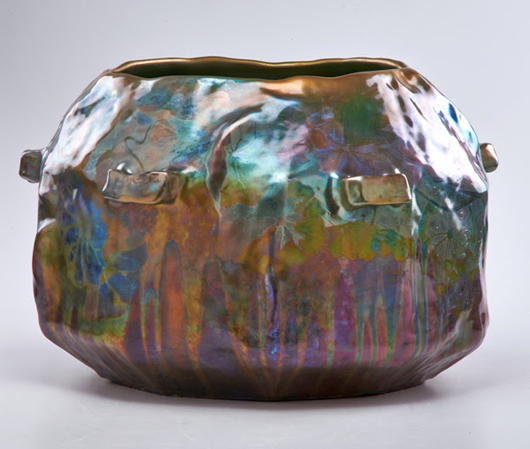 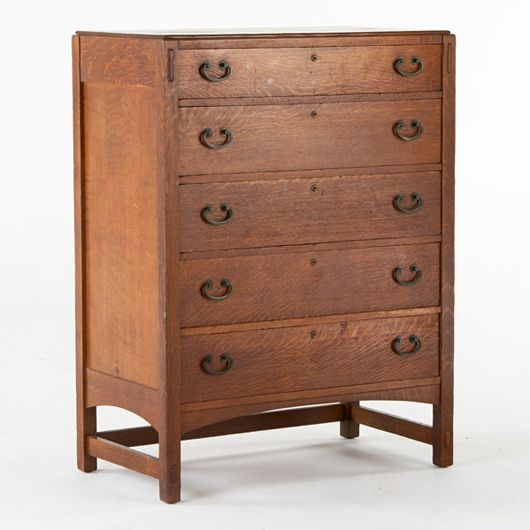 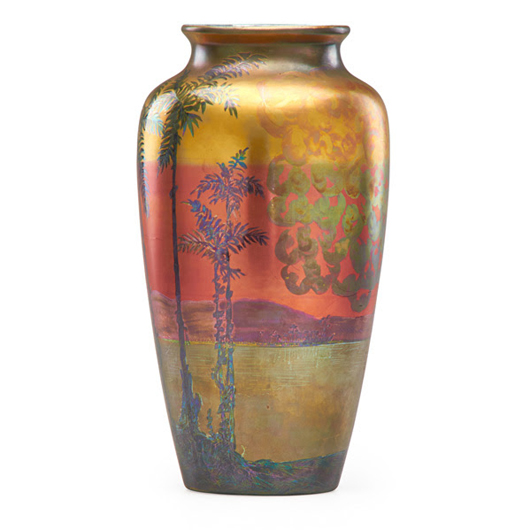 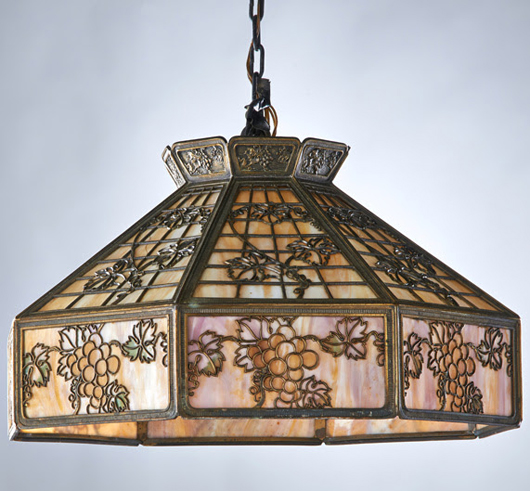 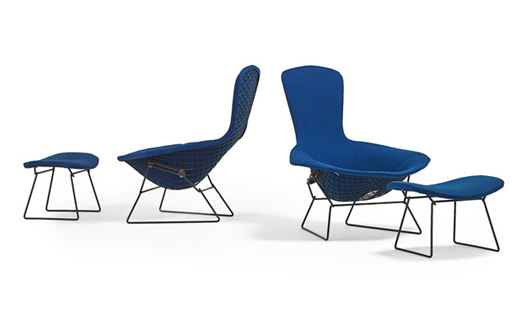 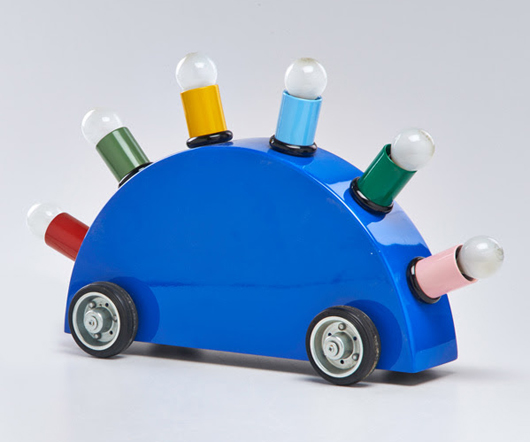