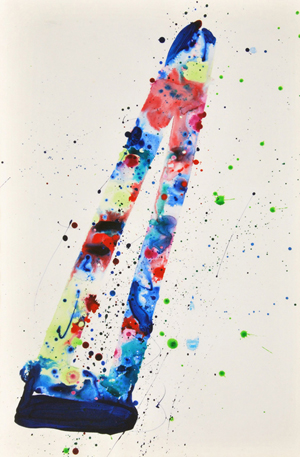 WEST PALM BEACH, Fla. – A top-notch selection of nearly 300 lots of modern and decorative art will be offered on Saturday, Nov. 1, at Palm Beach Modern Auctions’ exhibition center. Some of the most sought-after names in 20th-century art and design are represented in the lineup – Frank Stella, David Hockney, Robert Motherwell and Willem de Kooning, to name but a few. Throughout, the imagination factor goes far beyond what one might expect to see at auction. For example, there’s an amusing Barbini “Aquarium” blown-glass lamp base with faux fish, and an actual U.S. $1 bill boldly signed in black marker by Andy Warhol.

Internet bidding will be provided by LiveAuctioneers.com

Lot 133 is an important original Jesus Rafael Soto (Venezuelan, 1923-2005) wall sculpture of metal, wood and filament. Soto was an acclaimed op/kinetic artist, sculptor and painter whose work was exhibited at the Museum of Modern Art and Guggenheim Museum in New York; and the Centre Georges Pompidou in Paris. The 1970 artwork to be auctioned has a French gallery stamp on verso from Galerie Denise Rene and is estimated at $75,000-$150,000.

A trifecta of marvelous Harry Bertoia (American, 1915-1978) sculptures – entered as Lots 124, 125 and 126 – showcases the artist’s inventive mind and boundless creativity. The first of the three sculptures, titled Bush, is a complex 12- by 12-inch copper and bronze sculpture that comes with a Bertoia-signed photo of the work in an envelope from the artist. Most recently, it was included in a Sotheby’s cataloged exhibition (Feb. 11-March 9, 2014), “Bertoia: A Celebration of Sound and Motion.” Its estimate is $60,000-$80,000. Immediately following is a 43-inch-tall “spill cast” organic-shape bronze replicating a coral formation, estimated at $40,000-$60,000. Last among the three successive Bertoia auction lots is Split Gong, a bronze form with applied patina that was one of a trio of gongs created as a single work for the 1976 Norwegian exhibition “Harry Bertoia: Musikk A Sepa.” It is estimated at $60,000-$80,000.

The Nov. 1 auction also includes superior examples of midcentury modern glass, with a special inclusion being Lot 98, a 19-inch-tall “Fasce Orizzontali” blown-glass vase by Fulvio Bianconi for Venini. A stunning work of azure, turquoise, cerise and black irregular bands on clear glass, it is described by Palm Beach Modern Auctions partner and auctioneer Rico Baca as “… the largest Bianconi vase we have ever seen. On top of that, it was created by one of the masters of Murano glass design.” The vase, which is acid-etched “Venini Murano Italia” on its base, is referenced on Page 161 of the Venini catalogue raisonne by Anna Venini Diaz de Santillana. It is expected to reach $15,000-$25,000 on auction day.

A large and varied offering of Danish pottery includes an interesting collection of Arne Bang (1901-1983) glazed stoneware vessels. Entered as Lot 27, the grouping is a sampler of forms and finishes by one of Scandinavia’s most accomplished 20th-century potters. There are three vases, a bowl and a lidded container with sculptural finial. The lot estimate is $2,000-$3,000.

The distinctive stoneware and metal designs of Gunnar Nyland for Rorstrand and Numolle come together as a 14-piece collection in Lot 29. Vases, vessels, an avian figurine, and a deeply edged decorative plate with pinwheel pattern comprise the assortment, which is collectively estimated at $3,000-$4,500.

The sale is nicely rounded out with colorful abstract woven-wool tapestries, two surrealist paintings by Robert Lincoln Springfels (American, 1911-1984), and photos by Diane Arbus, Jan Groover, Frank Worth and Dennis Stock, including Lot 198, a Stock-signed 1955 gelatin silver print (15/125) of James Dean smoking a cigarette and walking along a rainy street at New York’s Times Square. The iconic photo with Palm Beach provenance is estimated at $4,000-$6,000. 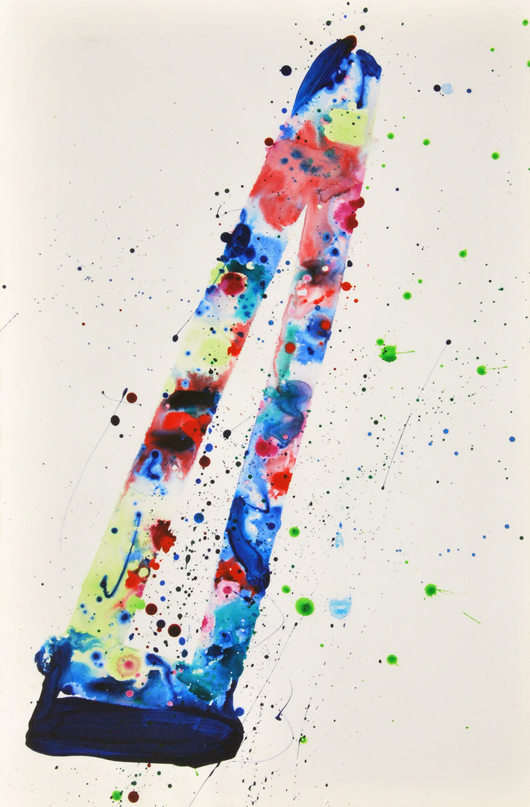 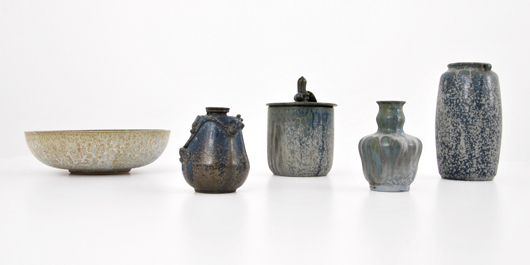 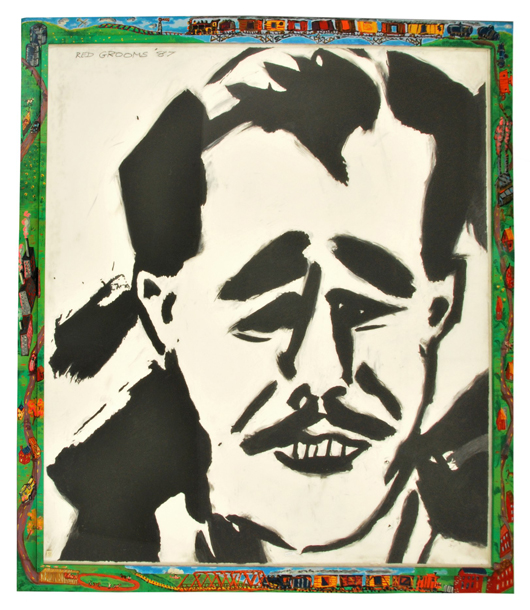 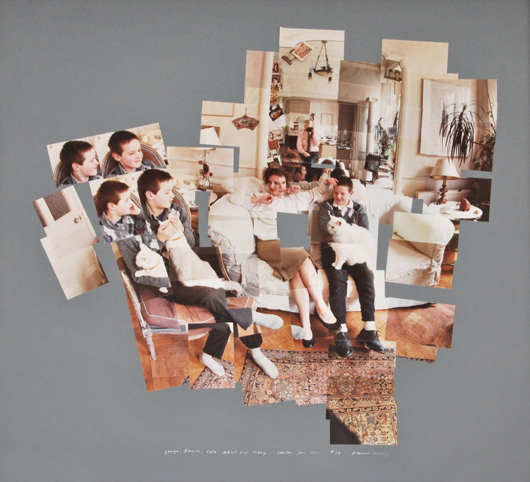 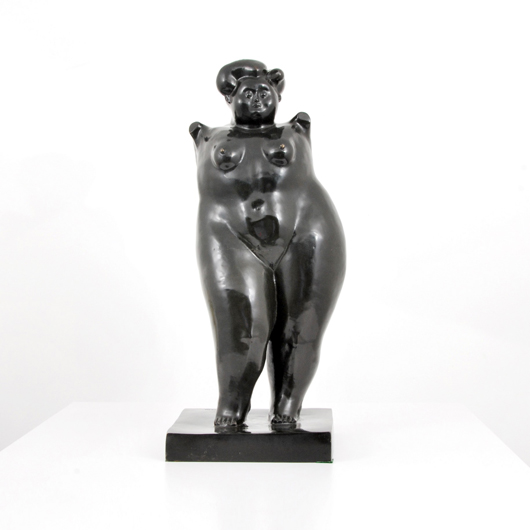 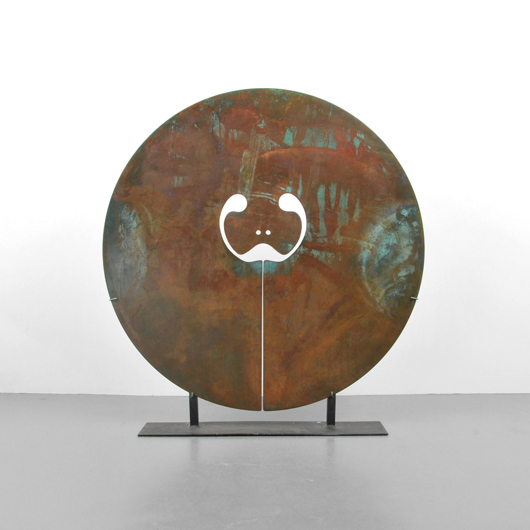 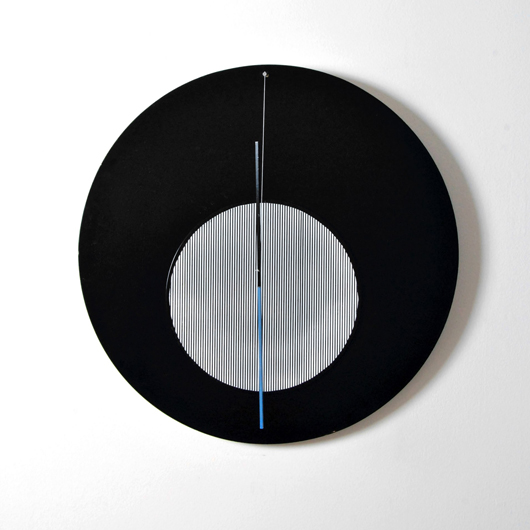 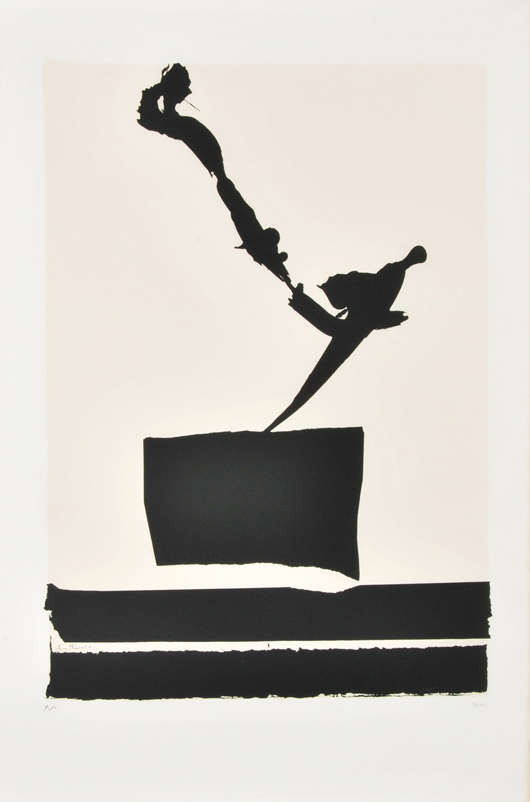 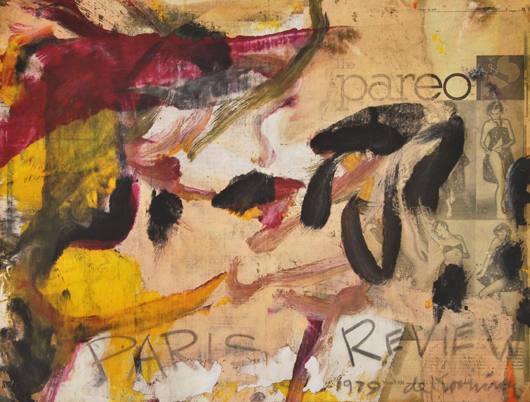