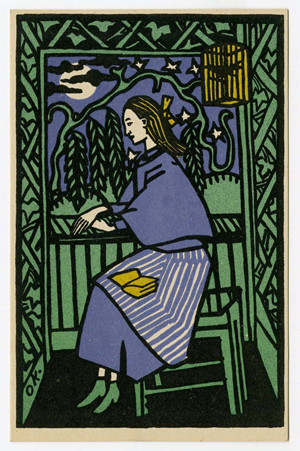 DENVER, Pa. – Postcards have captivated American collectors since 1893, when series depicting scenes from the Chicago World’s Columbian Exposition were made available to fairgoers who attended the landmark event. Examples of those early souvenir cards are among the thousands of rarities to be offered Oct. 25-26 in Morphy Auctions’ sale of the Danny and Kathy Danielsen collection.

The important 35-year collection, which is regarded as one of the most refined of its type, crosses all of the most popular subcategories within the postcard-collecting hobby. The classifications include rare hold-to-light and real-photo cards; Uncle Sam Santas, political, Art Nouveau, baseball and other sports; and a broad range of social history themes. Additionally, there are 39 lots of coveted postcards designed by Samuel L. Schmucker for John Winsch, mostly with a Halloween theme. Some are signed.

“The Danielsen collection is right at the top in terms of quality and rarity. It’s such a unique collection that I knew immediately it should be the solo featured collection of our Oct. 25-26 Postcard & Ephemera sale,” said Dan Morphy, president of Morphy Auctions.

Danny Danielsen became a postcard collector in 1979 during a Christmas visit to his mother, who was an antique dealer in Kansas City.

“She showed me some of her postcards and I ended up with three Santas, two Halloween cards and a postcard book. Ever since then, I’ve been a collector, and so has my wife, Kathy,” Danielsen said. The couple’s collections were merged to create the October auction consignment, although Kathy continues to collect modern postcards.

Throughout his career as a grain inspector in the Midwest, Danny Danielsen took advantage of his out-of-town travels by visiting dealers, shops and postcard shows. “That was the best education of all. You can read 100 books on postcards, but nothing can educate a collector like visiting a show, where the variety is massive. I was able to spot gems in many dealers’ stock, and if I found something rare, I would buy it.” Later, Danielsen expanded his search to Europe, shopping the Bloomsbury show in London, as well as shows and shops in Germany and France.

Danielsen said he was initially drawn to historical view cards. “They show early pictures of small towns in America and the people who lived there. Some of those towns are not even in existence anymore.”

His collection of Santa Claus cards includes desirable hold-to-light cards made around 1905 to 1912, which reveal different-colored lights within the postcard scene. Some of his most colorful cards are Halloween and holiday depictions drawn by Samuel L. Schmucker and Ellen H. Clapsaddle. Other favorites are images of horse-drawn delivery or RFD mail wagons, real-photo cards depicting motorcycles and motorcycle storefronts; and advertising cards. The latter category includes some rare, early 20th-century Coca-Cola cards featuring paintings of models by Hamilton King, beer cards, Keen Kutter tool cards, and black Americana cards.

Fine-art representations include many Art Nouveau postcards, highlighted by an Oskar Kokoschka / Wiener Werkstatte card titled The Woman in the Gazebo, estimate $1,000-$1,500. There are also examples by Raphael Kirchner and several by Alphonse Mucha, including a card that lists Sarah Bernhardt’s performance repertoire, estimated at $750-$1,000.

In the extensive sports category, standouts include three real-photo cards of legendary African-American boxer Jack Johnson. Two of the cards are unusual in that they depict Johnson with his wife, in Nevada. Estimate: $300-$500. For baseball fans, the collection offers four circa-1908 foldouts that include team photos of the Chicago White Sox, New York Yankees and St. Louis Browns (2 cards). Each is estimated at $800-$1,200.

A section of the sale is devoted to real-photo postcards of studios and photographers. Most date to the 1905-1914 period, and some were taken by noted postcard photographers of the day, such as J.V. Dedrick, known for his images of Indians; and Solomon Butcher, whose Western scenes include a series of frontier sod house photos.

Many rare cards from expos, with a timeframe that runs from the 1800s through about 1933, are included in the collection. These mega-events were of particular interest to Danny Danielsen, who started collecting World’s Fair cards when he moved to St. Louis. The top entry in this category may be the oversize postcard from the 1904 St. Louis World’s Fair. “It’s the only one I’ve ever seen,” said Danielsen. “Oversize cards tended to come in sets, so this one, which depicts the fair’s Liberal Arts Building, may have been part of a set. But I’ve never seen any others that were similar, so maybe it was printed as a single card. That remains a mystery.”

Other noteworthy subcategories include linen cards made before, during and just after World War II; the Titanic and Carpathia, including depictions of the rescue of Titanic passengers; and political postcards, which have their own following among political memorabilia collectors. There are two variations of a desirable mechanical card that has wheels on its bottom. When rolled along, an illusion is created of presidential candidates Taft and Bryan running toward the White House.

The auction will begin at 9 a.m. Eastern time. For additional information on any item in the sale or to reserve a phone line for bidding on auction day, call Morphy’s gallery at 717-335-3435 or email info@morphyauctions.com. 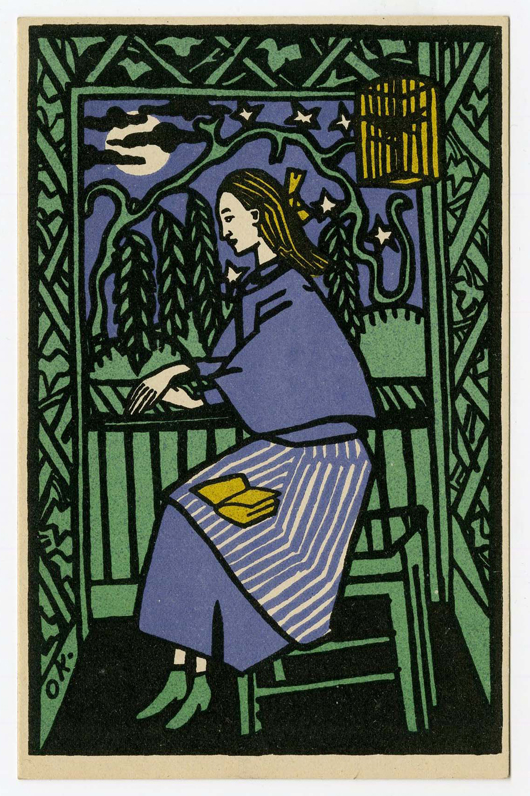 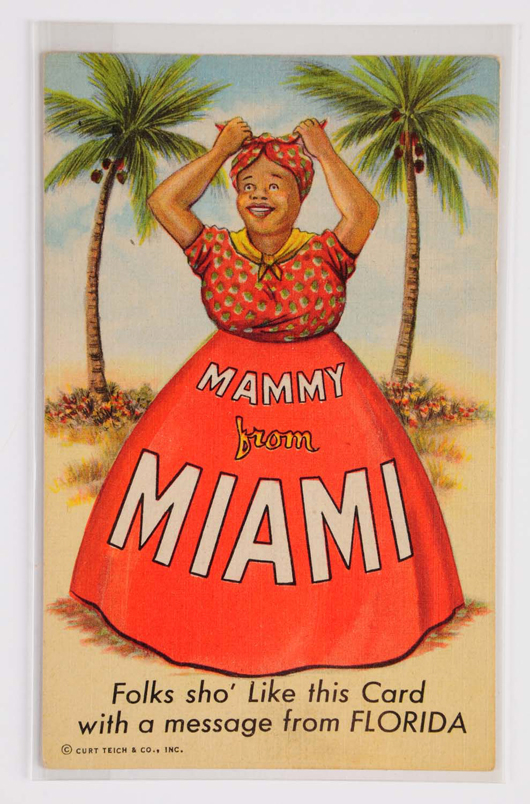 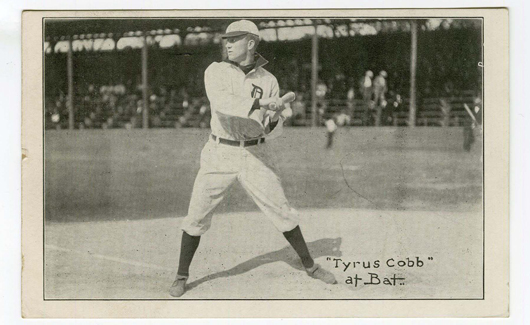 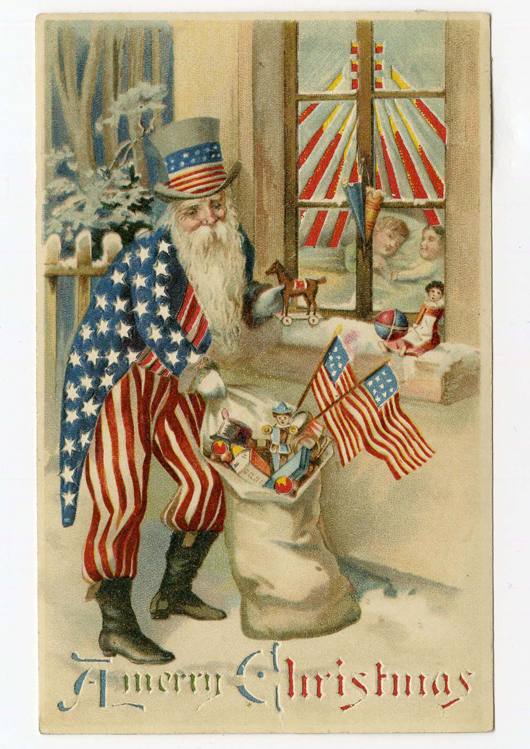 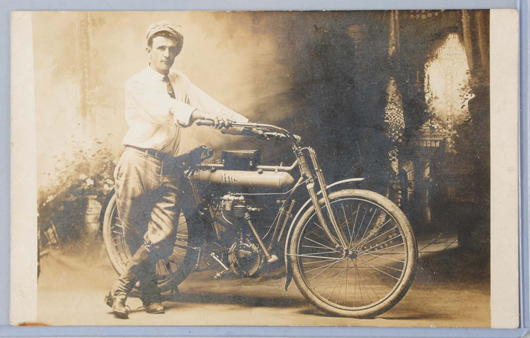 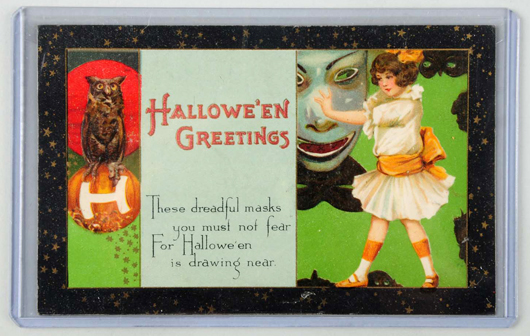 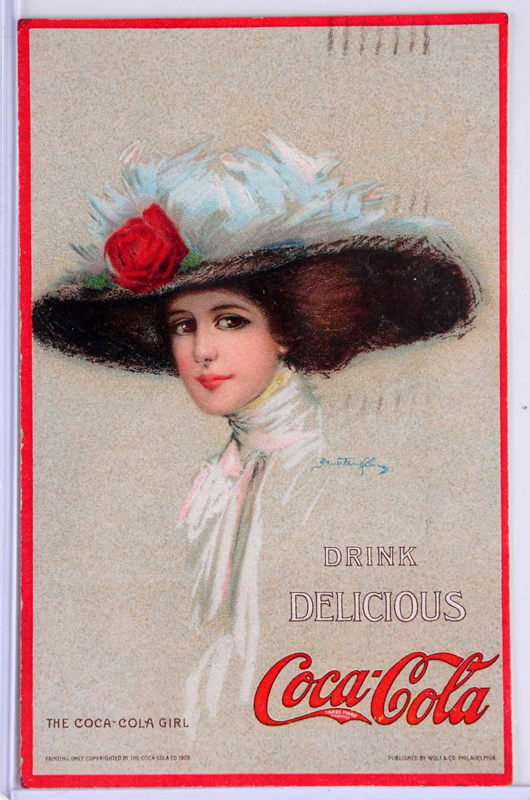 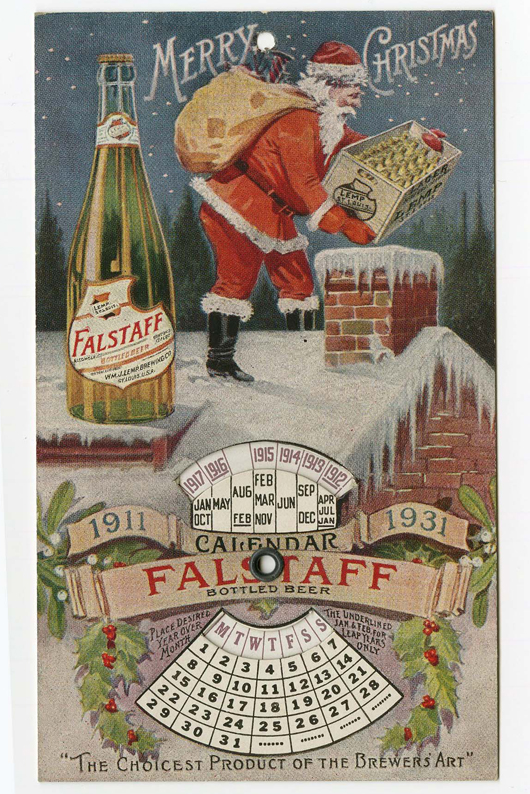 Hunt on for huge gargoyles missing from historic church