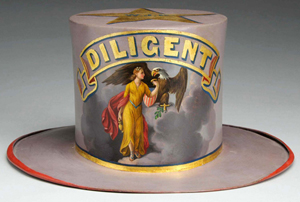 DENVER, Pa. – A wealth of rare antique signs, figures and other promotional items from the golden era of advertising is currently on display at Morphy’s central Pennsylvania gallery, all to be auctioned on Friday and Saturday, April 20-21. LiveAuctioneers.com will provide the Internet live bidding.

The 1,260-lot sale incorporates a fantastic array of signage, with the centerpiece being the revered Coca-Cola advertising collection of the late Michael Narvaez. Also featured are Moxie items from the Dick Shay collection, as well as other soda pop lots.

The Friday session begins with a collection of 120 occupational shaving mugs. Top lots include mugs with depictions of a steam pump, horse-drawn delivery wagon and an open-air truck. Additionally, a rare mug with a photographic image of a steam accessory will be offered.

More than 80 figural cast-iron doorstops, doorknockers, bookends and other novelties will follow. Among the most coveted doorstops are a standing frog, standing honey bear and rabbit. Other standouts in the group include a cast-iron Nichols doorknocker, est. $700-$1,000; and two carnival targets – a paratrooper, $2,000-$3,000; and a mechanical owl, $3,000-$5,000.

Highlights among the 170 lots of general store and mixed advertising include a near-pristine Skinner’s Satin (Holyoke, Mass.) oval sign with the image of an Indian in a full headdress. It is the only example Morphy’s experts have ever seen and is estimated at $8,000-$12,000.

An embossed tin Sweet Orr Overalls sign is in near-mint condition and expected to make $6,000-$9,000; while an extremely rare 1905 Beeman’s Pepsin Gum wood-framed tin sign that came directly from the Beeman’s factory could make $8,000-$12,000. The ever-popular Mr. Peanut weighs in at the auction with a $7,000-$12,000 estimate for a beautiful 3½-ft. figural Hamilton scale in original, untouched condition. It is one of 30 Planters Mr. Peanut items to be offered by Morphy’s. Many other popular characters are depicted within the lineup of 50+ advertising figures to be auctioned.

Collectors of tobacco-related advertising will find plenty of tempting items in this sale, like the circa-1880s Pride of Durham Smoking Tobacco tin [Wells & Hope Co.] with a lion motif, $3,000-$6,000. Another beauty in the tobacciana grouping is the circa-1910 Stein Club Havana Cigars sign in excellent condition with strong colors.

The effervescent Saturday session will focus predominantly on the 400 lots of Coca-Cola advertisements, ephemera and other rare and desirable Coke items from the collection of the late Michael Narvaez.

Well liked by his fellow collectors, Michael Narvaez had a passion for collecting that blossomed after his retirement from the Coca-Cola Co. in 1979. Michael and his wife, Joyce, became restaurateurs and decorated their Salinas, Calif., establishment The Recipe Box exclusively with beautiful antique and vintage signage and promotional items for the world’s favorite soft drink. Their collection encompassed festoons, lighted signs, clocks, posters and calendars.

Morphy’s specialist in Coca-Cola advertising, Gary Metz, said Narvaez loved sharing his collection and was “a responsible custodian of anything he acquired…handcrafting beautiful walnut frames and using either museum glass or UV-filtering Plexiglas to protect and preserve the calendars and advertising he framed.”

An incredible 2-piece window display from 1937 stands 4 ft. tall and depicts a revolving door with a trompe-l’oeil view inside a restaurant and soda fountain. Advertising “The Pleasantest Place in Town,” this colorful slice of Main Street American nostalgia carries a presale estimate of $15,000-$20,000.

A Coca-Cola leaded-glass hanging globe made by Metropolitan Glass Company is one of only about a half dozen known examples. “All that are known came out of New York,” said Morphy. “This one was in a soda shop in Queens. When it closed, the owners gave the globe to their Coca-Cola deliveryman as a gift. It has remained in the man’s family ever since, passing down through three generations.” Estimate: $12,000-$18,000.

The remainder of the session is devoted to Moxie items from the collection of Dick Shay, a now-retired Ohio native who spent many years scouring the United States for the rarest and best pieces available. An elusive Moxie tip tray from the early 1900s is estimated at $1,400-$1,800. Leading the selection of general soda pop advertising in Saturday’s session is an embossed tin Modox sign in excellent-plus condition. It features the image of an Indian in full headdress and is expected to reach $7,000-$12,000.

Both the April 20 and 21 auction sessions will commence at 10 a.m. Eastern Time. For additional information on any lot in the sale, call 717-335-3435 or e-mail serena@morphyauctions.com.

View the fully illustrated catalog and sign up to bid absentee or live via the Internet at www.liveauctioneers.com. 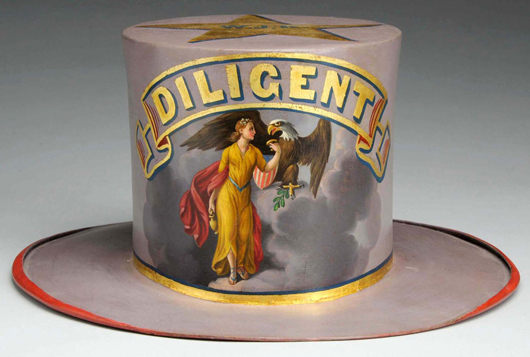 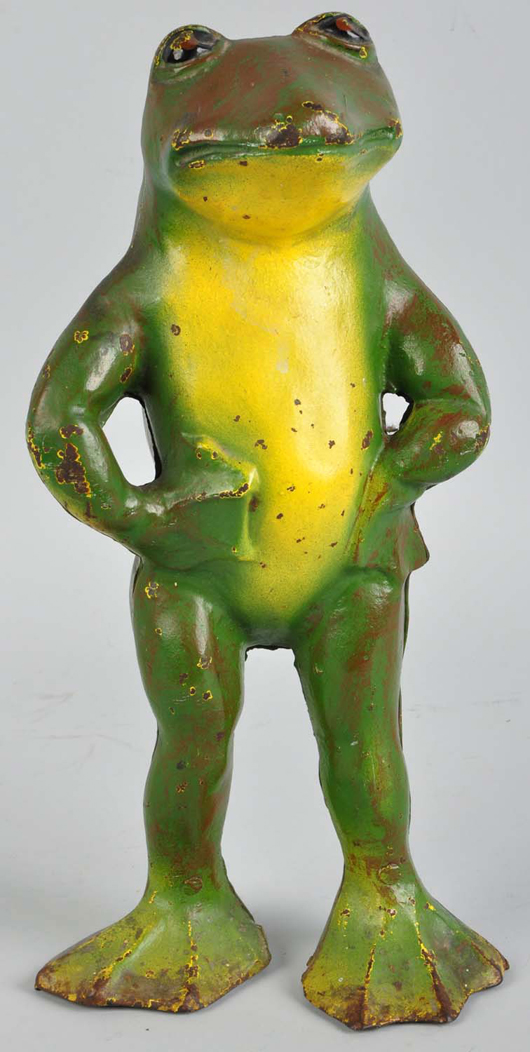 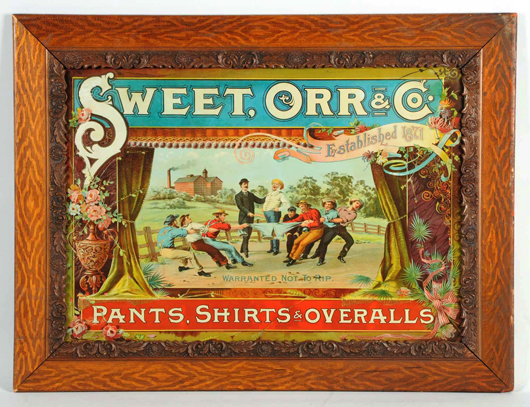 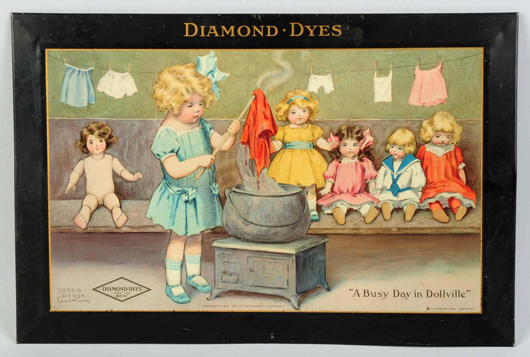 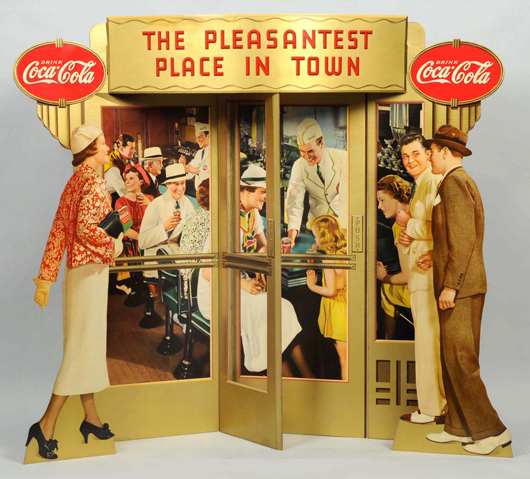 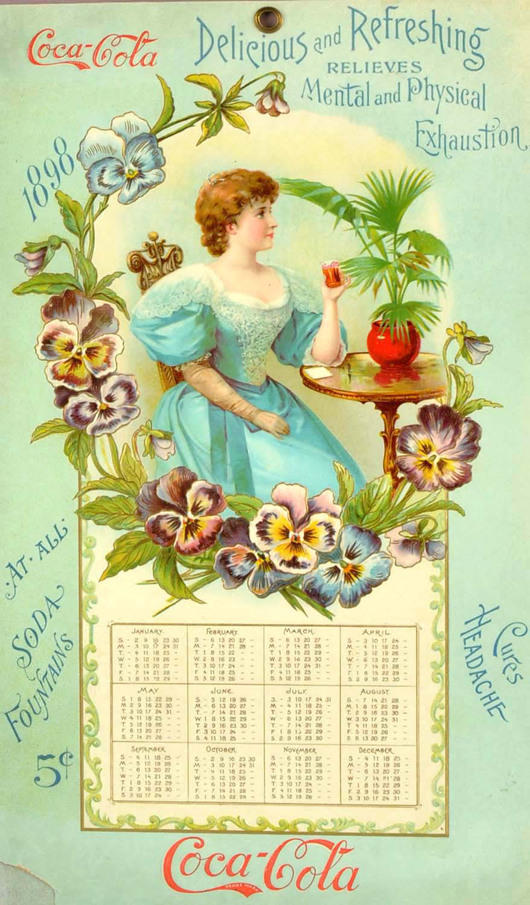 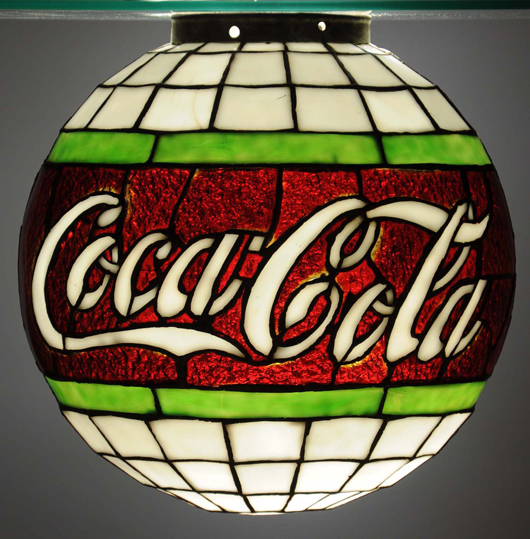 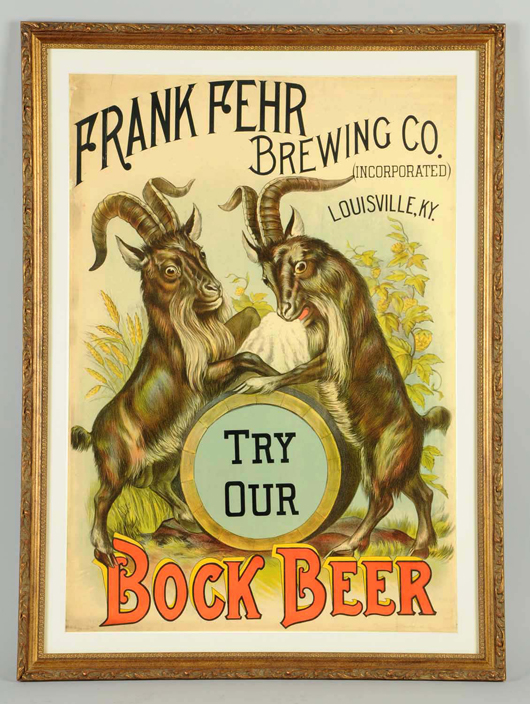