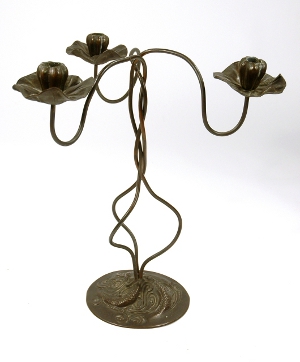 CLEVELAND – Paintings, prints, drawings and sculptures will come up for auction at Gray’s Auctioneers & Appraisers on Thursday, Oct. 28, beginning at 1 p.m. Eastern. Auctioneer Deborah J. Gray has curated a marvelous array of artworks from the 16th century to the 20th century.

Notable highlights of the auction include lot no. 20, an evocative hunting scene titled A Hunting Morning, oil on canvas by Heywood Hardy (1843-1933), a British painter well-known for hunting and sporting scenes. In this painting Hardy intimately captures the excitement and hubbub of the early morning meet.

In the sculptures section of the auction of particular note is lot 96, a rare bronze, three-arm floriform candelabrum attributed to Jessie M. Preston, the early 20th century Arts & Crafts metalsmith. With a hint of Art Nouveau, Preston has designed a lotus flower and lily pad motif elegantly arranged on three varying planes at the end of three sinuously intertwined arms, which rise from a circular base, encircled with a stylized koi fish and wave design. The candelabrum is estimated at $15,000-$20,000.

Lots 104-108 are a collection of five beautifully executed watercolors by the recently deceased artist Robert Verity Clem (1933-2010) featuring birds in their natural habitat. Often referred to as the Andrew Wyeth of birds, Clem captures the idiosyncrasies of the individual species in a realist manner.

A large oil on canvas by American Leon Berkowitz (1919-1987) is at lot 114. Berkowitz was among a small but innovative group of artists working in Washington, D.C., who became known as the Washington Color School. Berkowitz, however, resisted being confined to a group. He preferred to acknowledge the greater influences of poetry, music and physics rather than the formal emphasis on color for color’s sake. Russian-born abstract artist William Brui, who fled the Soviet Union in the 1970s, has an equally magnificent oil on canvas entitled Etrous at lot 113. Together with Berkowitz’s Corona #7 at lot 114, Brui’s Etrous are the largest works of art in the 167-lot auction, which also features drawings by Johann Evangelist Holzer (1709-1740), Jean-Jacques DeBoissieu and lot 25 a stunning study of Birds of Prey attributed to Melchior de Hondecoeter, estimated at $2,000-$4,000.

The auction will take place in the auction showrooms at Gray’s Auctioneers, 10717 Detroit Ave. in Cleveland. In addition to live online bidding provided by LiveAuctioneers.com, there will be telephone bidding and absentee bidding offered directly through Gray’s Auctioneers & Appraisers. The showrooms will be open for preview Monday-Friday, 10 a.m.-5 p.m. and Saturday by appointment.

Gray’s Auctioneers & Appraisers is the only licensed, bonded and insured auction house in Cleveland holding monthly live auctions. Deborah J. Gray, auctioneer, opened her eponymous auction house in 2007 with her partner Serena Harragin, and together they have transformed the abandoned building that used to house a Citroen dealership into a driving force in the vibrant Cleveland Fine Art and Antiques auction market.

The complete illustrated catalog for this auction can be found on Gray’s Web site at www.graysauctioneers.com or call 215-458-7695 for additional information. 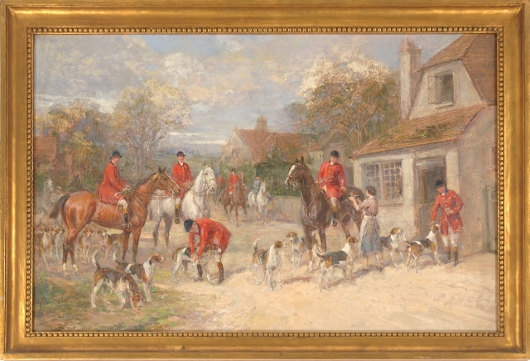 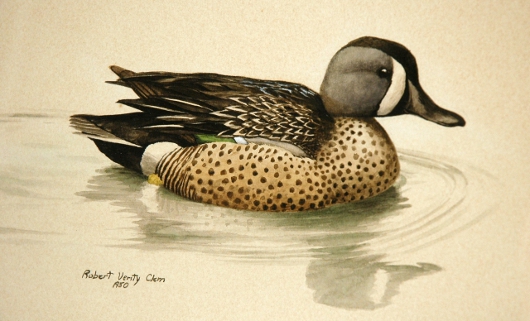 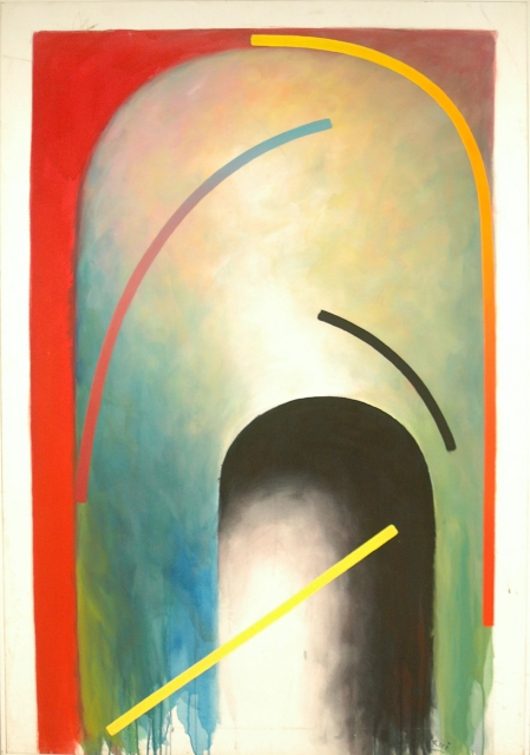 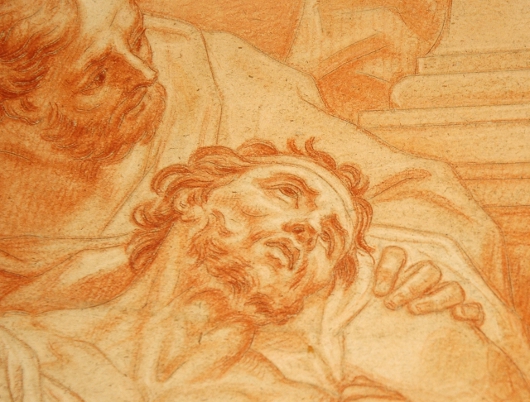