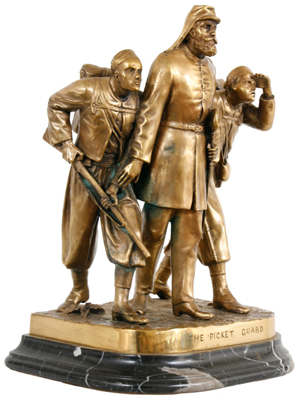 PITTSFIELD, Mass. – An important cataloged auction comprising over 700 lots of rare and vintage firearms, Civil War items and other militaria will be held Saturday, Jan, 16, at 11 a.m., by Fontaine’s Auction Gallery. Internet live bidding will be provided by LiveAuctioneers.com.

“This auction will feature a fine and diverse collection of items from the Civil War through World War II, as well as many pre-Civil War pieces,” said John Fontaine. “Included will be 300 vintage firearms, a collection of over 300 swords, daggers, bayonets and other edged weapons, plus uniforms, accessories, flags, paintings and prints, letters, ephemera, daguerreotypes, tintypes, books and more.”

The auction will also be the first one to feature a new policy at Fontaine’s Auction Gallery: zero percent consignors’ commission on high-end consignments. “This is our way of thanking our many consignors who have helped make our past auctions so successful, and of insuring that these same folks and others like them with wonderful collections will consign with us in the future,” Fontaine said.

Vintage rifles, pistols, carbines and revolvers will dominate the day’s offerings, but the top lot just may end up being a fantastic bronze grouping after John Rogers, titled “The Picket Guards.” The group shows two Union soldiers dressed in Zouave jackets and armed with muskets. They are centered by a Second Lieutenant armed with a sword. The fine polished gold finish group should hit $10,000-$15,000.

Following are additional anticipated top lots from a broad array of categories, all military:

* An exceedingly rare Confederate Bowie knife with black leather belt and cap box, the belt having a copper-colored brass buckle and the knife in a tin with a 9-inch blade (est. $4,000-$6,000).

* A rare Andersonville lithographic print titled “Let us forgive, but not forget” and detailing some of the atrocities committed at Andersonville Prison in the Civil War, framed (est. $2,000-$3,000).

* A Florida state Confederate stars and bars flag, said to have been designed by Nicola Marschall, with seven original stars and an eighth later added, for Virginia in 1861 (est. $2,000-$3,000).

For additional information on any item in the sale, call 413-448-8922 or e-mail info@fontainesauction.com. 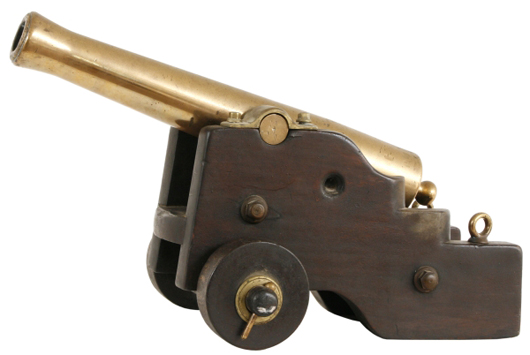 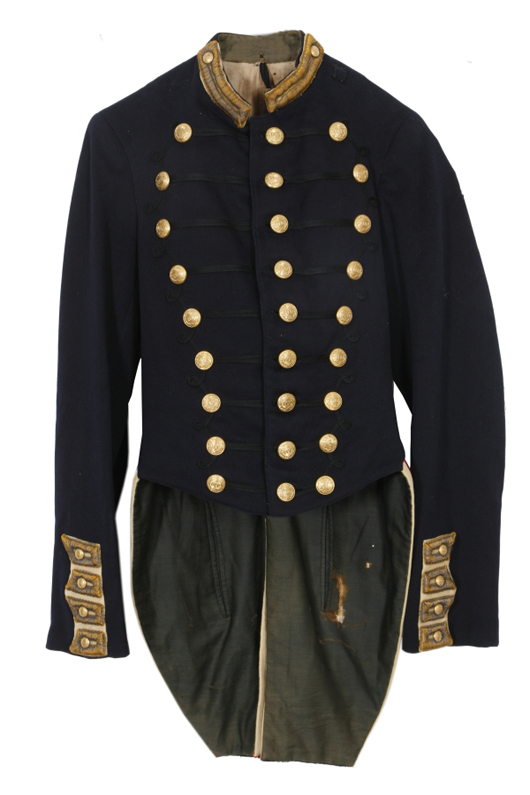 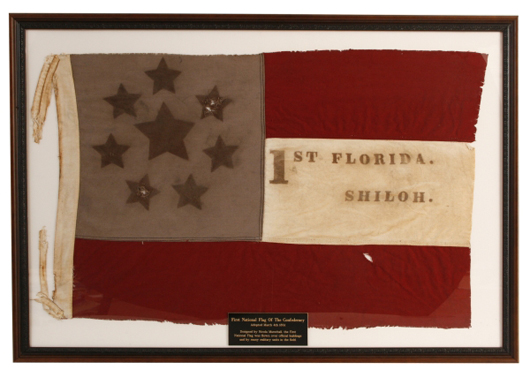 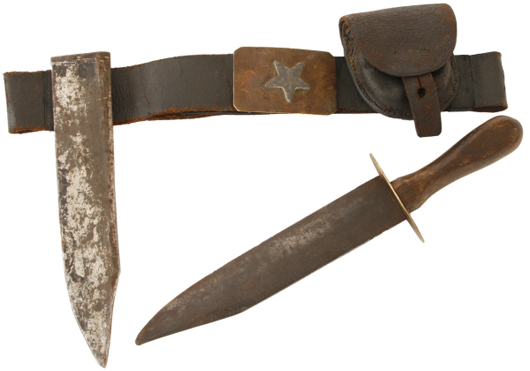 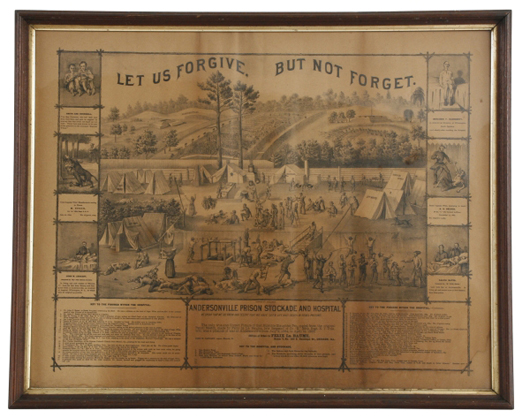 Militaria, mansion contents are star attractions at Fontaine’s in September