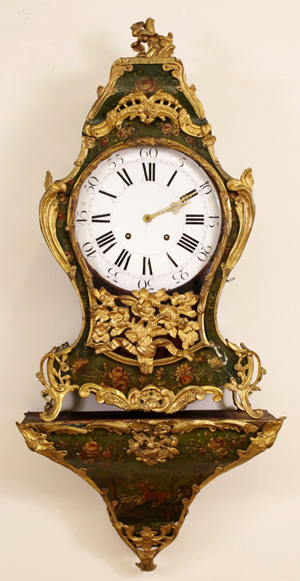 ATLANTA – A two-day auction featuring an impressive single-owner collection of mid-century modern, plus wonderful Asian antiques, fine art from names such as Louis Icart and Andy Warhol, many pieces of highly collectible Frankart and even a woolly mammoth tusk will be held March 15-16 by Ahlers & Ogletree.

The March 15 session will focus primarily on mid-century modern, highlighted by the lifetime personal collection of Walter Glenn. Pieces will include chairs designed for Herman Miller by Charles and Ray Eames and a signed, oval glass-top cocktail table with steel brass and frame by Tommy Anton Parzinger (1903-1981). The March 16 session will feature traditional antiques.

The woolly mammoth ivory tusk, just recently consigned, is a 6-foot-long complete example from Siberia that is expected to realize $15,000-$20,000. Other items in the sale will include a large collection of vintage toy robots; a fine selection of vintage chrome and bronze automotive hood ornaments and car mascots; French, English and American furniture items; and Chinese and other Asian porcelains, including vases, teapots and ginger jars.

“To say this auction will be eclectic would be an understatement,” said Robert Ahlers of Ahlers & Ogletree. “We’ve got a well rounded mix of quality merchandise – 1,400 lots that will appeal to collectors, interior designers and just about anybody with a discerning eye. It’s a cliché when you hear it said there’s something for everybody, but in this auction that really is the case.”

Frankart is the name given to the Art Deco-inspired creations of Arthur Frankenburg, after whom the New York City-based firm was named. It thrived in the 1920s and ’30s, mass-producing white lead composition pieces. The sale will feature many Frankart items, including lamps and lights, ashtrays, cigarette holders, smoke stands, bookends and beautiful bronze urns.

Charles Eames (1907-1978) and his wife Bernice (Ray) Eames (1912-1988) were major forces in mid-century modern furniture and architecture, and they also left a stamp in the fields of industrial and graphic design, fine art and film. In the 1950s the couple pioneered advances in fiberglass and plastic resin chairs and wire mesh chairs they designed for furniture manufacturer Herman Miller.

The auction will feature several examples by the Eameses, such as a molded plywood lounge chair; a pale yellow molded fiberglass shell armchair with textured surfaces, raised on a metal base; and a blue molded plastic reinforced fiberglass rocking chair with wooden rocker slats on a metal base. Eames chairs make a powerful design statement and are highly collectible.

A set of 10 silkscreen prints on white paper after the pop art icon Andy Warhol (American, 1928-1987), each one depicting legendary actress Marilyn Monroe and based on publicity stills taken by the photographer Gene Kornman for the 1953 film Niagara, are expected to bring about $1,000 each. The unsigned prints, from 1970, show different color combinations of the actress and are black stamped en verso “Published by Sunday B. Morning,” who worked with Warhol.

A 1917 drypoint etching by the prolific Art Deco artist Louis Icart (French, 1888-1950), titled Le Voix du Cannon (Voice of the Cannon), will also come up for bid. The pencil-signed etching (#7 of 10), 16 inches by 23 inches (framed, 34 inches by 41 inches), depicts an emotive French woman being shot from a cannon during World War I. Icart was known for his patriotic etchings during the war years, and this particular etching, Le Voix du Cannon, is one of his rare images.

A mid-century modern wood and copper sculpture by Karl Hagenauer (Austrian, 1898-1956), 8 inches tall, will also be sold to the highest bidder. The figure, made of stained walnut wood on an undulated copper metal band, depicts a female nude with curling hair and eyes closed, in a relaxed state with one arm and one knee bent. The sculpture carries Hagenauer’s mark. Also sold will be a charming unsigned American impressionist oil on canvas painting.

One of the rare and unusual offerings in the sale is a 25th anniversary souvenir publication from 1929 for the Wiener Werkstatte, the production company of visual artists in Vienna founded in 1903 for the purpose of bringing together architects, artists and designers. The book was produced despite the group’s financial woes at the time and is visually striking, with a cover displaying a figural decoration made from hand-embossed papier-mache.

Also selling will be a gilt metal chandelier with leaved motif, with quartz rose dangling medallions and cascading cut and faceted crystal prisms; a pair of large patinated bronze urns with a dragon motif on the neck; two monumental gilt and painted floor pedestals with scroll and foliate decoration; a pair of large blackamoor figural pedestals; and other decorative accessories.

Start times will be 11 a.m. Eastern both days. 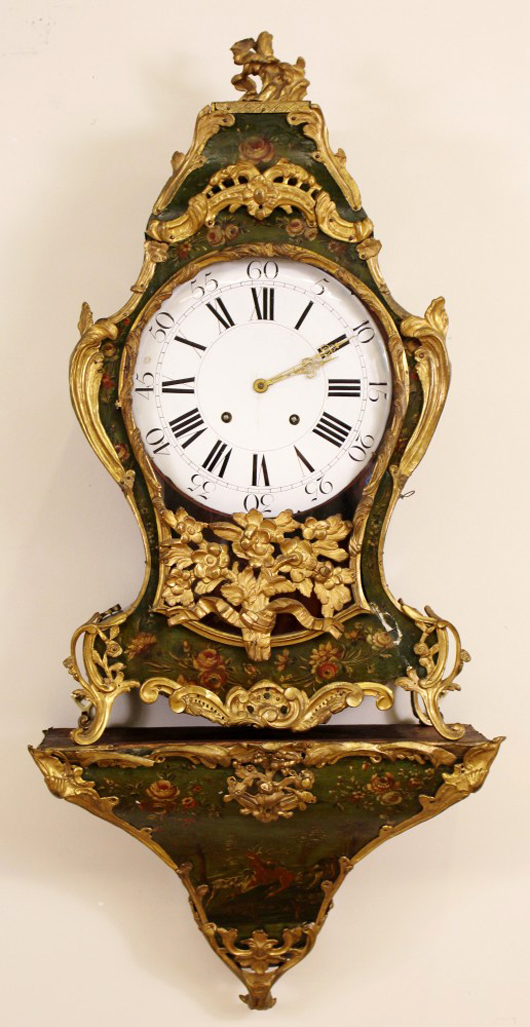 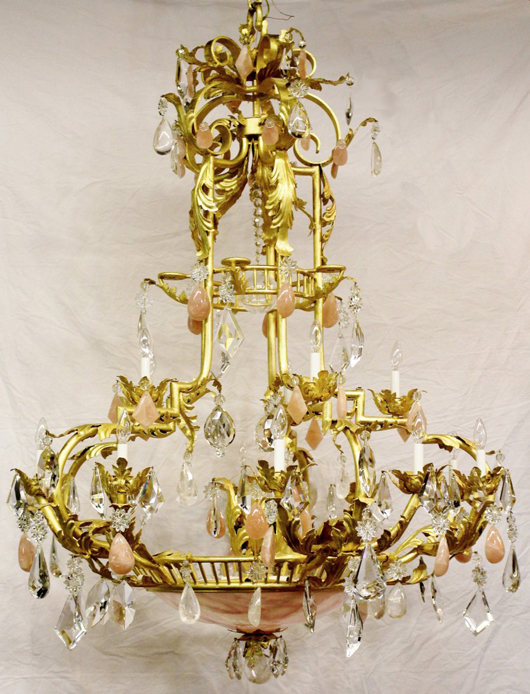 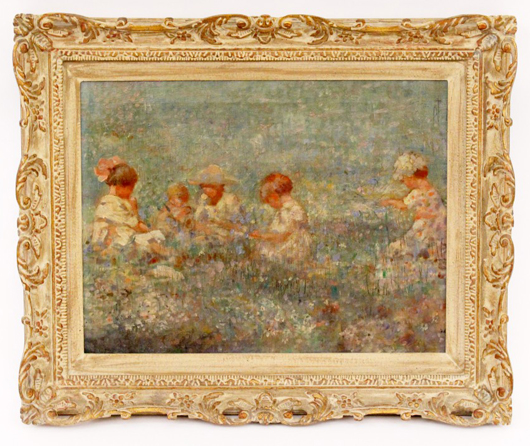 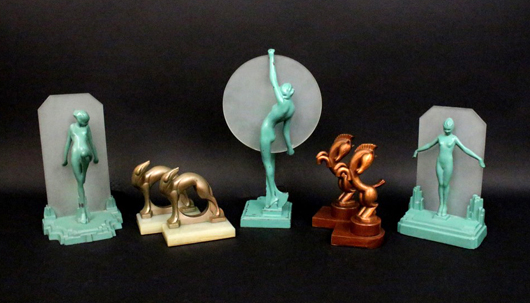 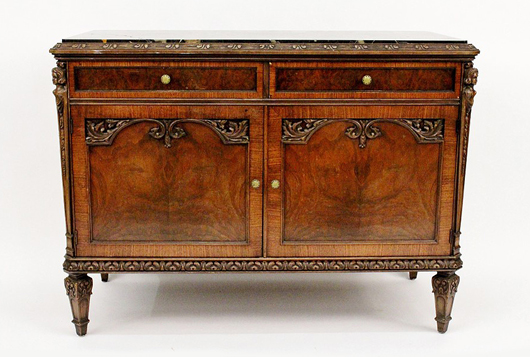