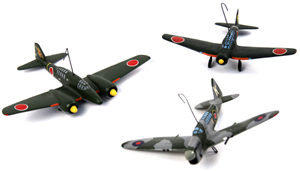 World War Japanese warplanes in the recognition model collection include this trio, lot 1061, which has a $350-$450 estimate. Affiliated Auction & Realty LLC image.

LiveAuctioneers.com will provide Internet live bidding for the 450-lot auction, which begins at noon EDT.

The rare and valuable recognition models are part of a 3,500-piece aircraft toy and model collection amassed over 30 years by Capt. Geoffrey Randolph “G.R.” Webster. A distinguished wartime pilot and retired businessman who divides his time between Florida and the French Riviera, Webster is in the process of dispersing his unique collections at auction.

The recognition models have lot numbers ranging from 1047 to 1086 and will sell within the first hour of the auction.

Also included is a rare set of World War II British Royal Navy metal ship models in 1/1200 scale. The miniature fleet of approximately 28 ships, manufactured by H.A. Framburg & Co., Chicago, is contained in a folding carrying case. Original and in near mint condition, the set has a $900-$1,400 estimate.

For details about the auction email Stephen Pike at stephenp@affiliatedauctions.com or phone 850-445-3212. 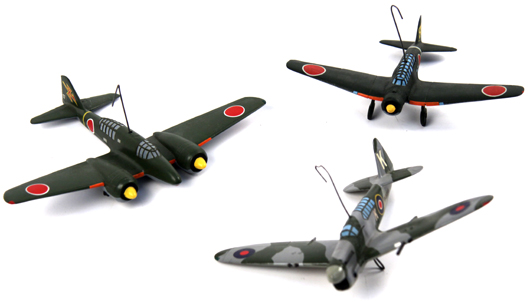 World War Japanese warplanes in the recognition model collection include this trio, lot 1061, which has a $350-$450 estimate. Affiliated Auction & Realty LLC image. 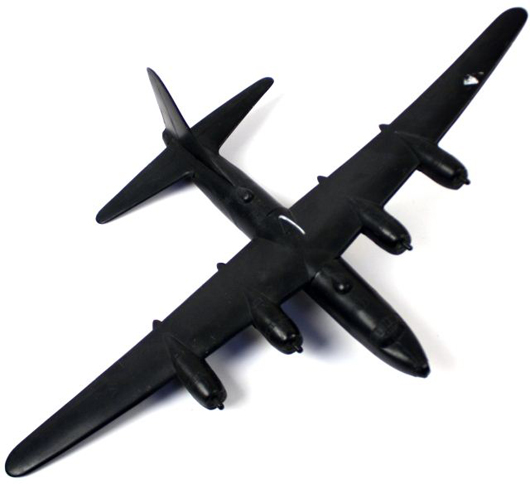 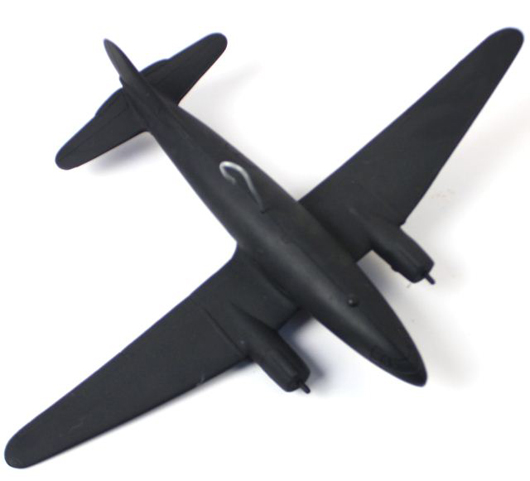