The crack evident in the left lens is a ‘souvenir’ from Earhart’s first crash while learning to fly with instructor Neta Snook. These goggles with case are estimated at $20,000 to $40,000. Image courtesy of Clars Auction Gallery.

OAKLAND, Calif. – Clars Auction Gallery is honored to announce they will be offering an important collection of memorabilia from famed aviator Amelia Earhart on Sunday, Sept. 11, as part of their September two-day fine arts and antiques auction.

The Earhart collection comes to the block from three different consignors and all items have been privately held until now. This collection of memorabilia includes over 20 unpublished gelatin silver photographs and a pair of Earhart’s Luxor No. 6 flying goggles.

The goggles that will be offered come with impressive provenance. Earhart was reportedly wearing these goggles when she experienced her first crash in July 1921 in her Airster while learning to fly with instructor Neta Snook. Sporting evidence of the mishap, the goggles are complete with a cracked lens and will be offered with their original aluminum storage case.

The accident is described by Snook in her book I Taught Amelia to Fly. A signed copy of her book will be offered with the goggles. The goggles and case were given by Snook to a relative who has consigned them to Clars. The estimate on this lot is $20,000 to $40,000. However, if the unexpected price achieved on a pair of Earhart goggles at the Profiles in History auction in 2009 is any indicator, these goggles could likely go for much more.

Turning to the collection of unpublished photographs, the 18 gelatin silver prints were a gift from Earhart to the consignor’s mother. Earhart taught the consignor’s mother to fly in the early 1930s in Northern California. Included in these rich historic images are photos of the famed Lockheed Electra 10E, the plane that was used for the fateful attempted circumnavigation with navigator Fred Noonan. There are also personal images of Earhart packing for this flight and getting her hair cut at a barber’s shop. Furthering these images as personal photos taken, the press photographers can be seen in the photos themselves.

In addition to this collection of 18 prints, there are two impressive photos of Earhart piloting the first biplane to be catapulted off an aircraft carrier and four photographs of Earhart driving cars on a racetrack. In addition to these, there is one more press photograph signed by Earhart, which reads “To my friends of the radio audience.”

Clars has assigned an estimate on each of the photos in this historic collection at $600 to $800.

The special collection of Amelia Earhart memorabilia will be offered as part of Clars major September sale, which will include important fine art from American and European painters spanning the Dutch Renaissance to contemporary. Among the artists to be represented will be Matisse, Dubuffet and Cathelin to name a few.

Sterling silver offerings will be extensive as will the Asian category, Japanese in particular. The finest antique furnishings and exceptional jewelry will round out this important sale.

Clars’ September Fine Art and Antiques Sale will be held on will be held Saturday, Sept. 10, beginning at 9:30 a.m. Pacifica and Sunday, Sept. 11, at 10 a.m. Previews for this sale will be Friday, Sept. 9, from 1 p.m. to 6 p.m. and 9 a.m. each auction day and by special appointment. A full catalog will be available online at www.clars.com prior to the sale. 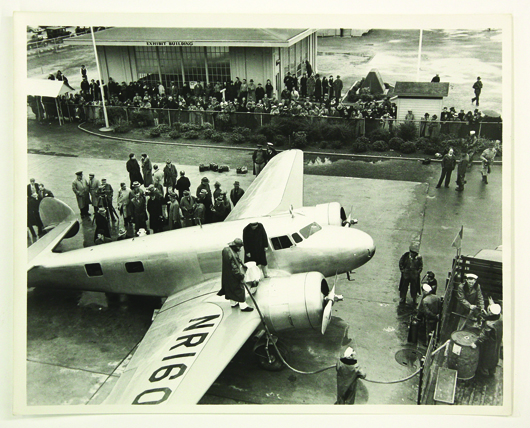 Included in the historic images is this photo of Earhart’s famed Lockheed Electra 10E, the plane that was used for the fateful attempted circumnavigation of the globe. Image courtesy of Clars Auction Gallery. 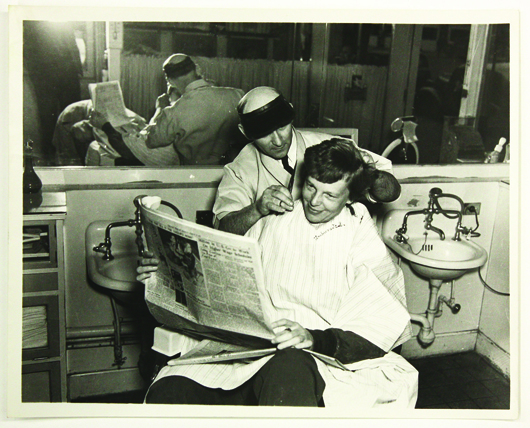 Preparing for her global flight, Earhart is pictured getting her hair cut at a barbershop. Image courtesy of Clars Auction Gallery. 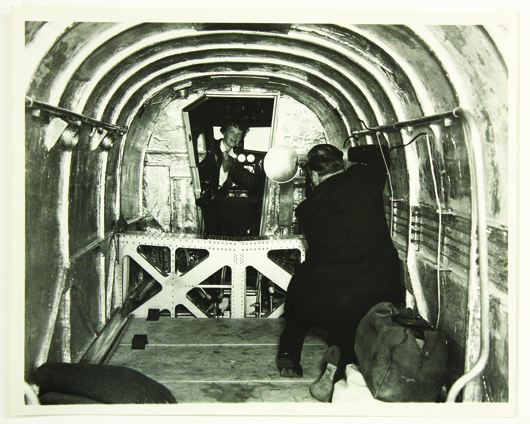 In a photo taken by a personal friend, Earhart poses for a press photographer inside the Lockheed Electra 10E. Image courtesy of Clars Auction Gallery.