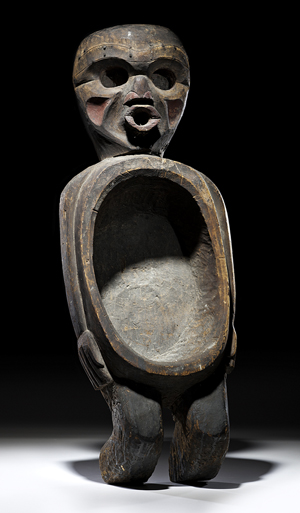 CINCINNATI – Cowan’s Auctions Inc. will conduct an American Indian Art Auction on Thursday, April 12. The 330-lot sale will be held at Cowan’s Auctions salesroom and will begin at 10 a.m. Eastern. LiveAuctioneers.com will provide Internet live bidding.

Highlighted in the sale is a Northwest Coast Kwakwaka’wakw ceremonial feast bowl estimated to bring $70,000-$120,000. Carved of cedar to depict Dzunuk’wa, a mythological creature who is prominent in the traditional narratives of Kwakwaka’wakw noble families. This feast illustrates a style of carving that predates “classic” Kwakwaka’wakw sculpture of the late 19th and early 20th century, with its overall painted surfaces and northern-like, two-dimensional design elements. The absence of overall painting and it’s deeply carved features connect this ceremonial feast dish to its ancient Old Wakashan sculptural roots.

Also offered in the sale is a Yupik Eskimo plaque mask, which is expected to fetch anywhere between $40,000-$60,000. Similar examples of this mask can be found at the National Museum of Natural History in Washington, D.C.

“This auction contains a variety of ethnographic material which I know collectors will be excited by,” said Danica Farnand, director, American Indian art at Cowan’s. “I am honored to be able to offer the Virginia Doneghy collection of jewelry for the Minneapolis Institute of Arts.” 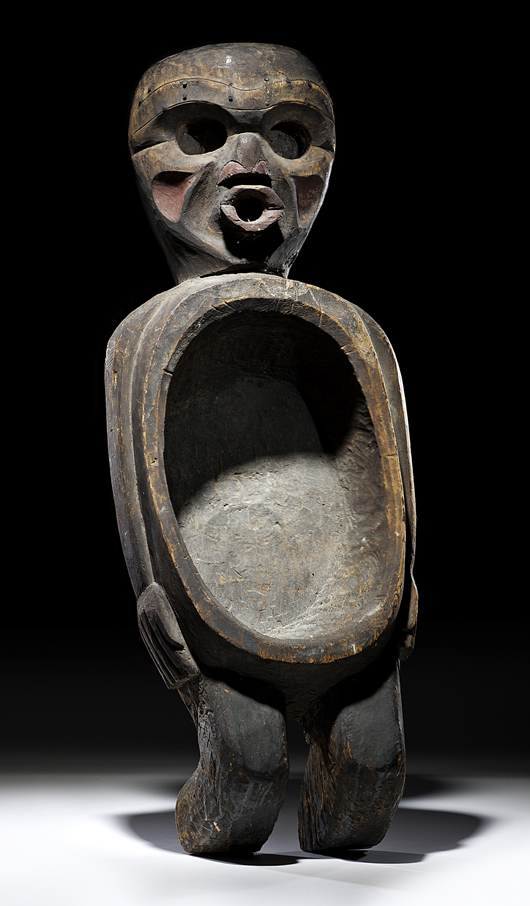 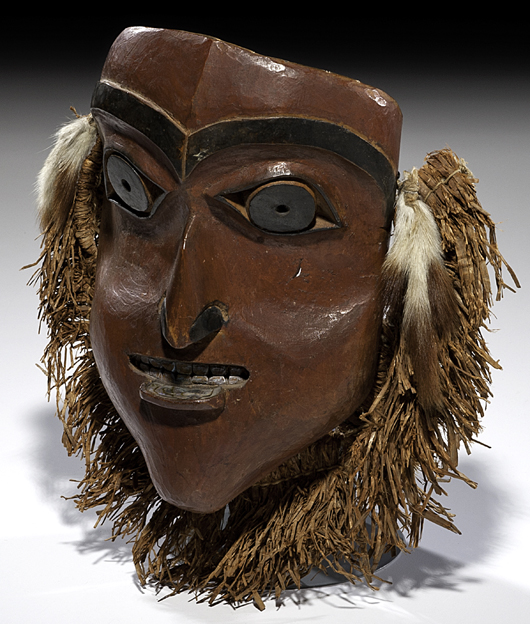 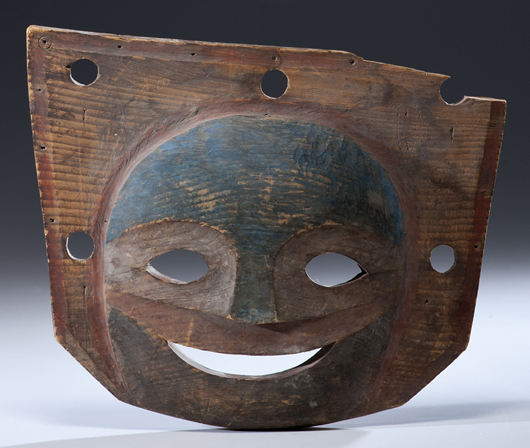 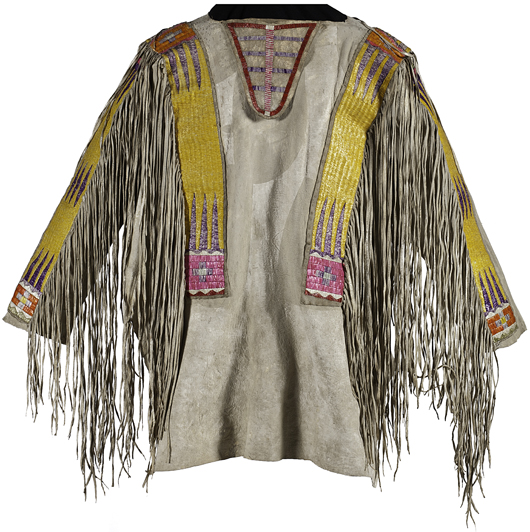 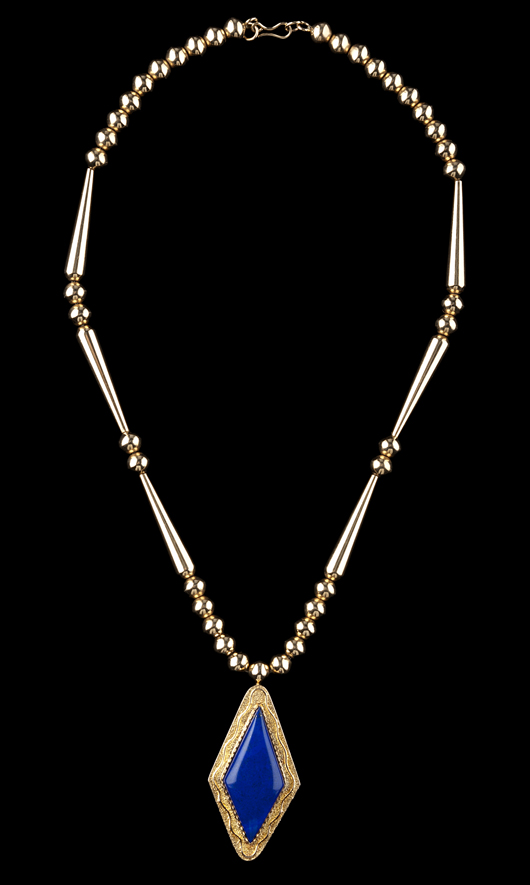