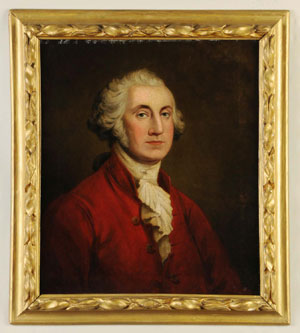 DENVER, Pa. – Morphy Auctions, a subsidiary of Geppi’s Entertainment, will take a sizable step forward into the field of American fine art and historical antiques with its Nov. 22 no-reserve sale of the Arthur Richmond Collection. Amassed over a 39-year period, the Arthur Richmond Collection is an extraordinary testament to history, from its early clocks, mirrors, needlework and blacksmith-forged ironware to its collection of American paintings, including an appealing selection of George Washington portraits.

“We’ve offered interesting examples of American furniture and art in many of our past sales, but this sale is very different,” said Morphy Auctions’ chief operating officer, Dan Morphy. “The entire auction inventory is from a single consignor who is an avid antiquarian and American history scholar. For the past 16 years Mr. Richmond has lived in an 18th-century house of great significance, in Loudoun County, Virginia, an area that has produced many important early American treasures.”

A real estate broker and businessman, Arthur Richmond made it his mission to fill his 1780 residence – which is listed on the National Register of Historic Places and known as the Samuel Purcell House – with exactly the types of objects and art that might have adorned it many generations ago. His particular fascination with America’s first President led to Richmond’s many acquisitions of George Washington-related artwork and ephemera.

The painting of Washington in a red jacket is “one of very few of him dressed in this way,” said Richmond. “It may have been a Masonic jacket.” In its original carved-tulip frame, the painting was conserved by Margaret Bardwell of Fairfax, Va., who has done contract work for the National Portrait Gallery. It is estimated at $12,000-$18,000.

Within the associated Washingtonia, Richmond pointed out several highlights from a wide selection of rare and desirable items: a French papier-mâché snuff box with Washington’s half-length painted image [ex Lammot du Pont Copeland Collection], a Valentine Greene engraving of Washington – “one of the first engravings after a 1781 painting by Jonathan Trumbull” – an 1859 lithograph Bird’s Eye View of Mount Vernon, and an important 1792 ship’s passage signed both by Washington, as President; and his Secretary of State, Thomas Jefferson.

The Richmond Collection includes an array of significant documents: one signed by both James Madison and James Monroe, another signed by Thomas Payne, and a 1769 Colony of Virginia House of Burgesses Acts of the General Assembly document, printed in Williamsburg, Va.

Other art includes a Paul Revere engraving of the Boston Massacre, a scarce full-color first-edition copper engraving from William Russell’s The History of America, published by Fielding, London, in 1778; and a highly sought-after B. Tanner engraving from a drawing by John J. Barralett, of America Guided by Wisdom. A particularly fine oil painting is the circa-1769 Carlo Bonavia [active 1755-1788] depiction of a busy moonlit harbor in Naples titled The Bay of Gaeta. It is expected to make $15,000-$25,000.

The auction is filled with wonderful things from across the Americana realm, such as a circa-1760 to 1780 New England Queen Anne sycamore highboy, a dated 1772 sampler stitched by 7-year-old Anne Nobes, Currier & Ives etchings, and a whole host of early blacksmith-crafted fireplace furnishings. The entire contents of the sale will be auctioned without reserve to the highest bidder.

Morphy’s auction of the Arthur Richmond Americana Collection will be held on Saturday, Nov. 22, commencing at 10 a.m. EST. All forms of bidding will be available, including live via the Internet.

For additional information, call Morphy Auctions at 717-335-3435 or e-mail morphy@morphyauctions.com. 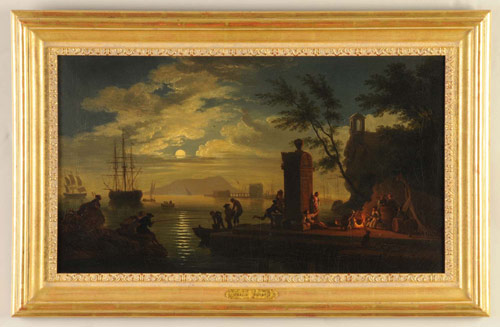 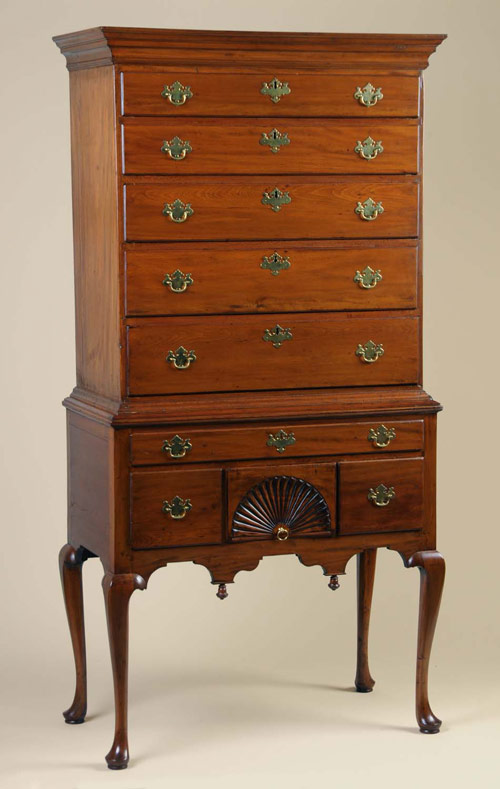 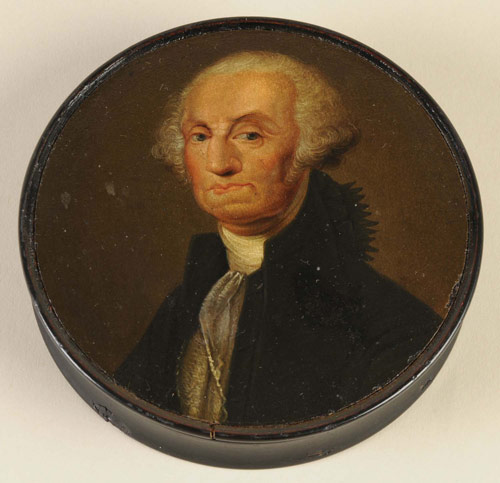