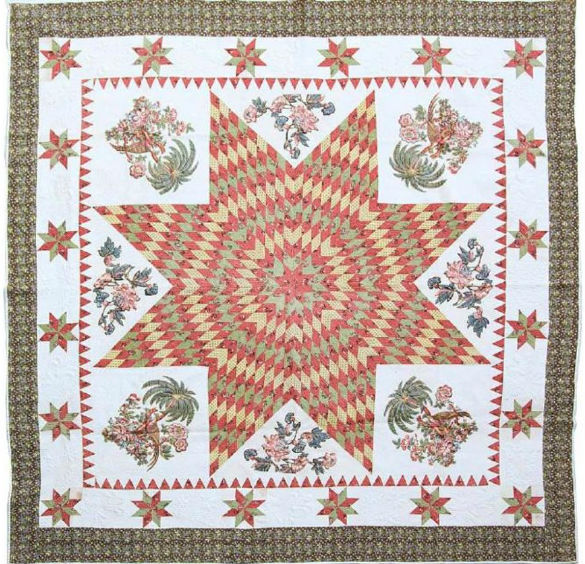 NEW YORK – A dazzling and dizzying display of pinwheels, stars and geometric shapes highlights a collection of more than 40 Americana and folk art quilts, which will be offered in a Jasper52 online auction on Tuesday, June 12. Absentee and Internet live bidding is available through LiveAuctioneers.

A handful of quilts date to the 19th century, including a large Star of Bethlehem (above) pieced and appliqued quilt, which was made in Baltimore in the 1880s. It features an eight-point center star of calico cotton surrounded by a sawtooth square border with appliqued chintz palm tree and pheasant motifs in the corners. This outstanding quilt is in excellent condition and should sell for $15,000-$16,000.

One of the oldest works in the auction is a large Variable Star quilt (below) made circa 1850. Laboriously completed, this quilt is decorated with prince’s feather, fish scale, lattice and herringbone motifs. It is a wonderfully well-preserved treasure (est. 2,000-$2,500). 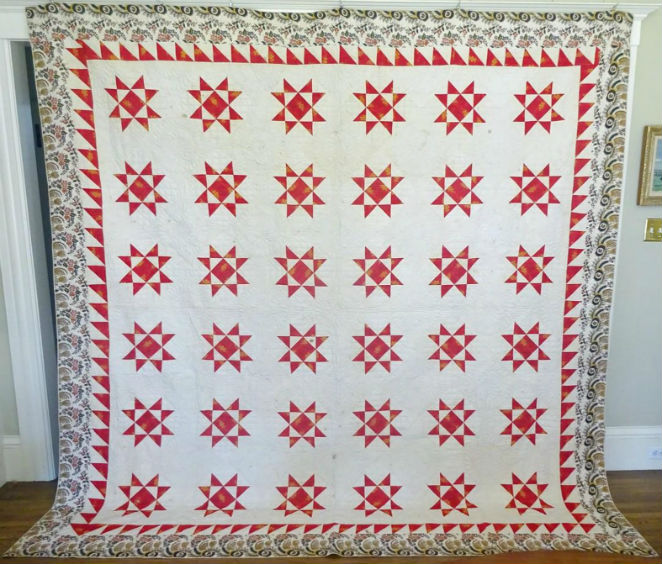 A bright and bold applique quilt having thin cotton batting is ideal for summer use or as a wall hanging. Likely made by several quilters at an 1880s quilting bee, the textile exhibits five to seven stitches per square inch. Its colors are turkey red, cheddar and teal green on off-white. Its optical effects are described as leaf sprigs when viewed one way and ocean waves when viewed another way. 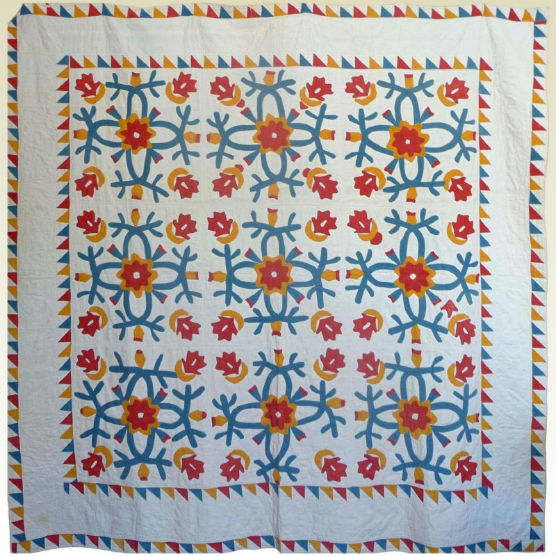 Amish quilts are among the most highly prized by collectors and quilting enthusiasts. Early Amish quilts were typically made of solid-colored, lightweight wool fabric, off the same bolts of fabric used for family clothing items. One such quilt in the Jasper52 auction was made in the 1920s of black, blue and gray wools in a Center Square pattern (est. $6,000-$6,500). 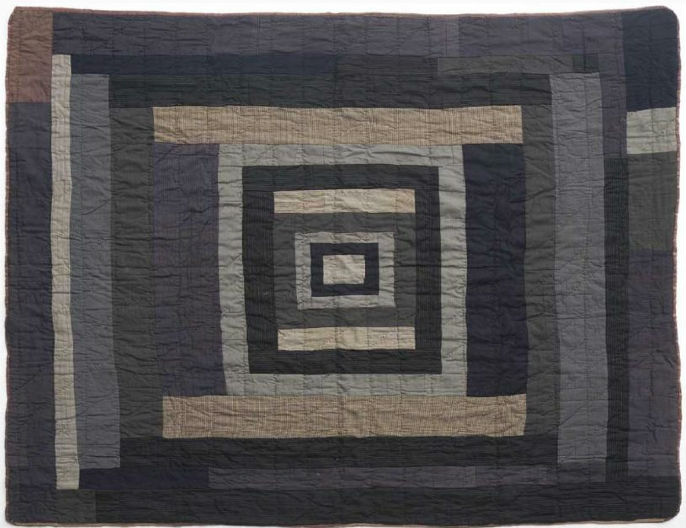 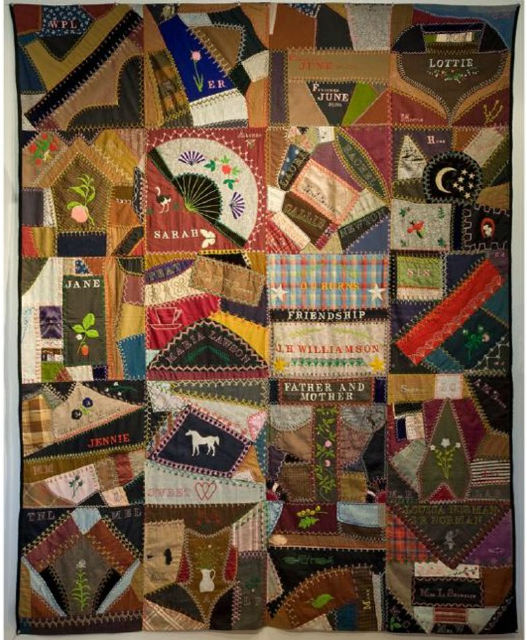 Another crazy quilt may be the sleeper of the sale in that it has some losses and shattering of the silk fabric and is described as being a bit fragile. Elaborately pieced and embroidered, this 12-block quilt—likely made by a dozen quilters—was put together with remarkable originality and flair (est.) $500-$800. 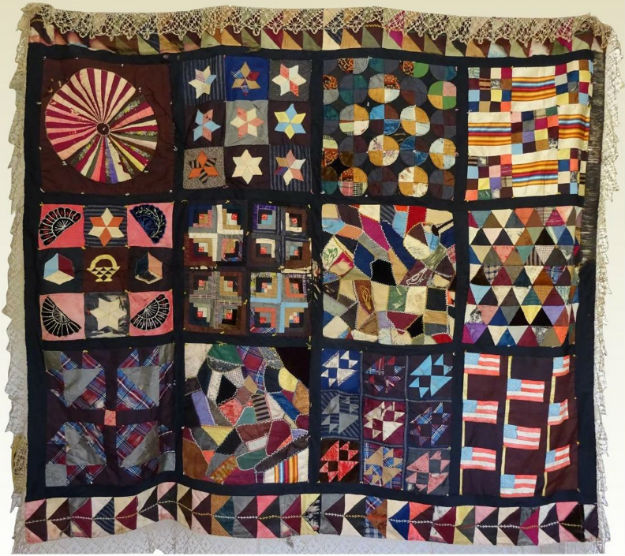 The auction will begin Tuesday, June 12, at 6 p.m. Eastern time. 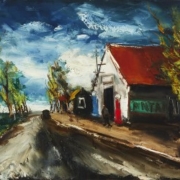 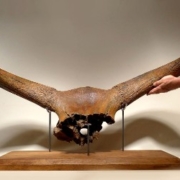 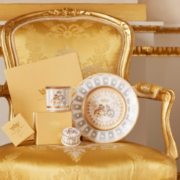 Gallery Report: May 2018
Scroll to top