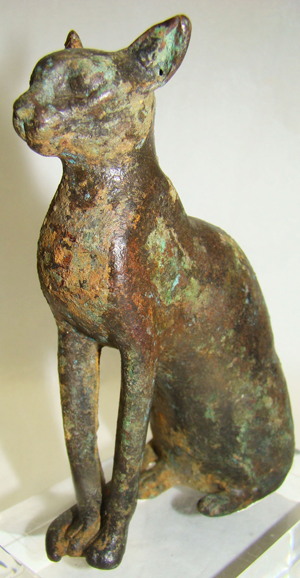 ENCINO, Calif. – Ancient art and Roman gold coins, many from prestigious collections, will be sold at auction by Malter Galleries Inc. on Sunday, June 27, in Los Angeles. LiveAuctoneers will provide Internet live bidding.

The sale will begin at noon Pacific with a fine selection of Egyptian artifacts including several early alabaster pieces, all in nice condition. Also included is a rare anthropomorphic burial lid with an Aramaic inscription incised at the bottom. Ushabtis, amulets, scarabs and some outstanding Egyptian bronzes will be included.

A cat, a seated Isis and Horus and a splendid Horus as Harpokrates are featured among the bronzes.

Other Egyptian pieces include a beautiful Egyptian gesso mummy mask, a carved limestone portrait of Horus as the falcon, and a double sided limestone “trial” carving with two excellent portraits. Greek and Roman pieces are also numerous and include some nice pottery, bronzes and a large and impressive group of choice glass flasks. An early core glass amphoriskos from the Eastern Mediterranean is included along with some beautiful pieces, many with stunning iridescence.

Some early weapons are included and are highlighted by a fine Luristan ax. Also included with the weapons are a Tibetan shield and some rare tribal pieces from the jungles of the Philippines.

Also included in the auction are two American Indian wicker baskets from the Richard Pryor collection as well as some interesting antique scales and weights. A fantastic weight in the form of a steelyard with the portrait of the Roman Emperor Nero is one of the standout pieces in this auction. This weight was once in the collection of Joel L. Malter.

The auction also includes a fine selection of Asian pieces. One of the nicest is an exquisite ivory carving of Dragon boat that has seven seated immortals. The auction will conclude with seven rare and beautiful Roman gold coins, which have been identified as rare gold aureus of the Emperor Caligula. Malter Galleries auctioned this coin in Sept. 9, 1989, and featured it on the back cover of the catalog. It sold for $16,500 at that sale, and is estimated in this sale at $30,000.

Several items in this auction are also from the collection of the late Joel L. Malter, founder of Malter Galleries Inc. His entire ancient art library will be on the auction block Oct. 16-17 and the huge1,653-lot auction is already available for view on the Malter website, www.maltergalleries.com 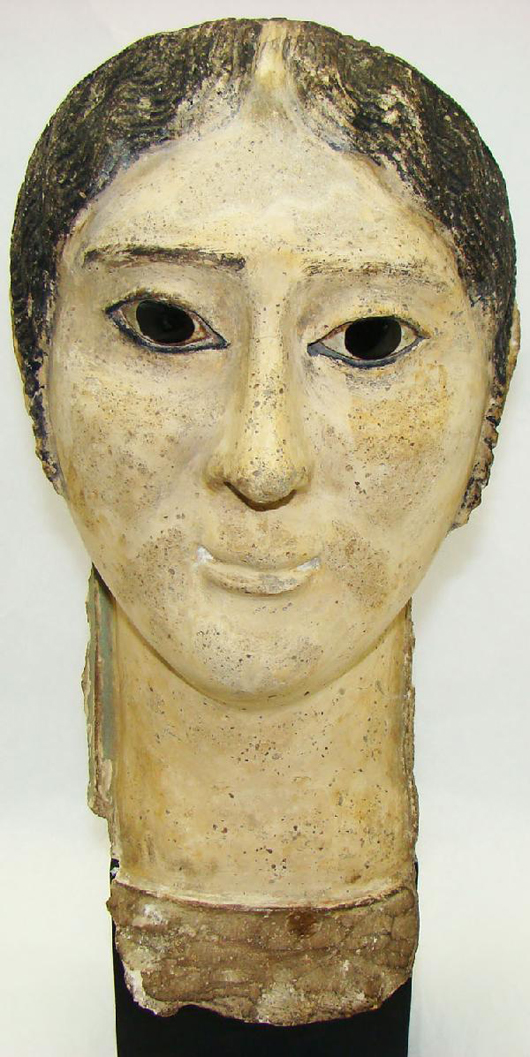 Subtle facial features and serene expression grace this 2000-year-old gesso "mummy" mask of a woman from Egypt. The finely crafted mask, which measures 12 inches by 6 inches, is estimated at $8,000-$10,000. Image courtesy of Malter Galleries Inc.

This Egyptian bronze statue of the child Horus is from the 26th-30th Dynasties. Ex. Royal Athena Gallery in New York, the 4 3/4-inch figure has a $9,000-11,000 estimate. Image courtesy of Malter Galleries Inc. 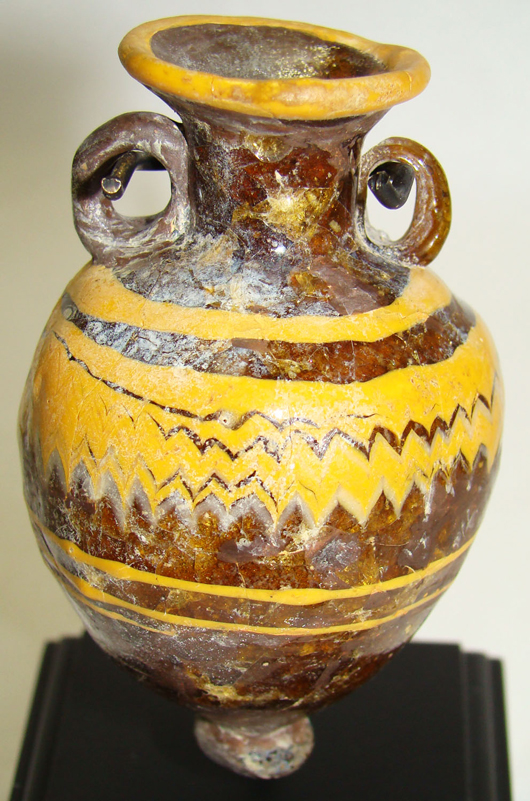 Minor invisible repair has been made to this Eastern Mediterranean core glass Amphoriskos, which dates to circa 600-400 B.C. Having a deep yellow-brown color with golden yellow and white zigzag bands, this ancient jar is only 2 5/8 inches high. It has a $4,000-$5,000 estimate. Image courtesy of Malter Galleries Inc. 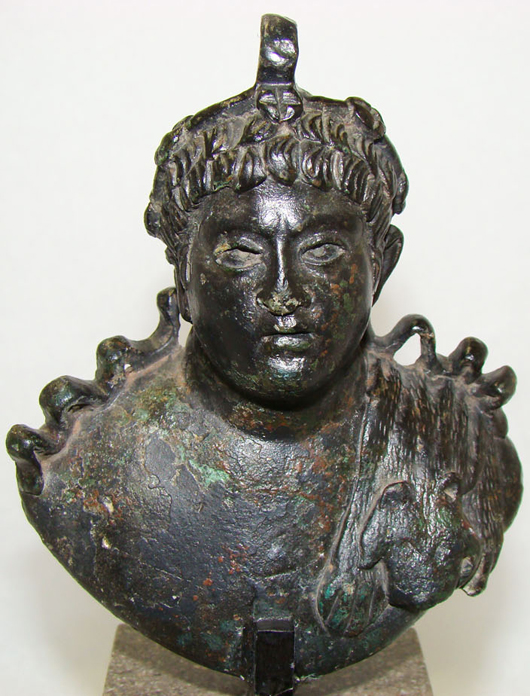 An exquisitely rendered bronze steelyard weight was cast in the likeness of Roman Emperor Nero, circa A.D. 100-300. The weight carries a $25,000-$35,000 estimate. Image courtesy of Malter Galleries Inc. 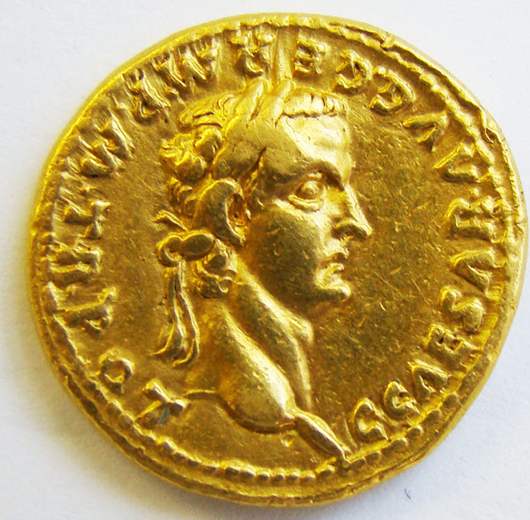 Portraits of Germanicus and the infamous Caligula appear on opposite sides of this gold aureas from the first century. The rare coin is estimated at $25,000-$30,000. Image courtesy of Malter Galleries Inc.

$1.1M spent through LiveAuctioneers at Profiles in History’s Hollywood...
Scroll to top