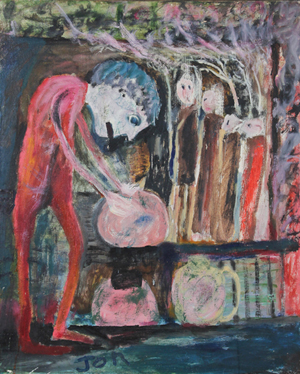 PHILA., Pa. – Material Culture’s December Estates Auction on Dec. 8 presents an exciting array of fresh-to-the-market art and artifacts from Pennsylvania and regional estates. The auction features more than 90 lots of museum-quality modern, self-taught and animation art, providing extremely fine opportunity for collectors looking to expand current collections, or start new ones. Over 200 lots of 20th century art glass, 100 lots of antique and vintage Navajo jewelry, and 40 lots of antique and decorative Oriental textiles and carpets contribute to the auction’s wealth of more than 600 lots. LiveAuctioneers.com will provide the Internet live bidding for the event.

Additional highlights include selections of Lalique crystal sculptures, 19th century Sevres porcelain vases, 19th century Japanese ivory, and over 30 lots of 18th and 19th century Asian and continental snuff boxes. From painting and sculpture to decorative art and jewelry, the auction offers items valued in varying price ranges for collectors of all ages.

With this auction, Material Culture continues to take a leadership position in the field of self-taught art, featuring a wide selection of sculptures as well as paintings, drawings, and mixed-media pieces. The sale opens with three sculptures by Polish-American artist Ted Ludwiczak (born 1927), whose work is in the permanent collections of the prestigious American Folk Art Museum in New York, the Visionary Art Museum in Baltimore, and INTUIT: The Center for Intuitive and Outsider Art in Chicago, in addition to many smaller galleries in New York and around the country. Ludwiczak draws his inspiration for his distinctive stone faces from the natural rock formation, exemplified well in the sculptures up for auction, including the piece “Moon,” a benign face carved in a crescent-shaped stone, expected to sell for $800-$1,200.

Other sculptures at the sale include two lots by American folk art icon Mr. Imagination, born in 1948 as Gregory Warmack, who passed away earlier this year. His works continue to be held in the permanent collections of The Smithsonian American Art Museum, Washington, DC, The American Visionary Museum in Baltimore, the Museum of American Folk Art, New York, the High Museum of Art in Atlanta, Georgia, and other institutions. His “Totem Sculpture,” valued at $1,000-$1,500, features his signature bottlecaps, and is topped with the head of an African king, a quintessential figure for Mr. Imagination.

Self-taught American artist Terry Turrell works in both sculpture and painting, and the auction features both of his artistic media. He frequently incorporates recycled materials as sculptural elements or as canvases. His painting “Dog,” oil on wood, embodies the dreamlike, sometimes wistful feel and compelling texture of many of his works, and is expected to fetch $2,000-$3,000. Turrell’s art has been shown most often on the west coast, surrounding his birthplace and current residence of Washington state. but his dozens of solo and group appearances include exhibitions at the American Visionary Museum in Baltimore, the American Primitive Gallery in New York, the Vancouver Museum of Art, and the Modern Primitive Gallery in Atlanta, Georgia.

Painting at the auction is led by several remarkable pieces by one of Africa’s most famous contemporary artists, Prince Twins Seven-Seven (1944-2011). Born in Nigeria, Prince’s international fame has garnered him exhibitions on every continent, and a place in the permanent collections of major museums around the world, including the Smithsonian Institution and the Museum of Modern Art in New York. In 2005, he was designated UNESCO Artist for Peace. Five paintings and one mixed-media piece are featured, including the spectacular “Rainbow Wealth Goddess,” a large ink, pastel and oil depiction of the goddess Osun with a mermaid-tail of fish, dated 1989. Valued at $6,000-$9,000, the painting is featured in-depth in Henry Glassie’s book “Prince Twins Seven-Seven: His Art, His Life in Nigeria, His Exile in America.”

Another African artist showcased in the auction is Kwame Akoto from Ghana (born 1950), creating under the name “Almighty God.” Of his nine paintings in the sale, several portray famous figures, including Ray Charles and Barack Obama. His blue-dominated oil-on-board painting of President Obama is expected to sell for $1,000-$1,500. Currently, his work may be seen locally in the exhibition “African Visions of Obama” at Lehigh University, but has also appeared in “Contemporary Art of Africa,” by Andre Magnin, Susan Vogel’s contemporary African art exhibition “Africa Explores,” and in solo shows in Ghana.

American self-taught artist Jon Serl (1894-1993) is represented at auction by his painting entitled “Mexican Pot Maker,” once held by the Cavin-Morris gallery of New York. Exemplary of Serl’s lively, bold, and other-worldly renderings, this painting is expected to fetch $3,000-$4,000. Some of his works are held in the folk art collection of the Smithsonian Institution, the Leguna Art Museum of Leguna Beach, California, and the Anthony Pelutto Collection of Self-Taught and Outsider Art, amongst many others. Serl is the subject of several books, including Susan C. Larsen’s “Jon Serl,” “Psycholgical Paintings: The Personal Vision of Jon Serl,” by Jessica Jacobs, and “One Man by Himself: Portraits of Jon Serl,” by Sam Messer, with essays by Denis Johnson.

Nine lots by Serbian artist Vojislav Jakic (1932-2003) are excellent representations of the artist’s dark, raw drawings, some of which are held in the important Collection de l’art brut in Lausanne, Switzerland. Several of the lots consist of a group of artworks; one collection of seven pen and ink drawings from 1988 includes pieces titled “People don’t be happy why don’t you stay inside the sperm” and “Joining the Devil if he exists, and “Woman if she is there, it will create the most dangerous living creature, whose evil will surpass crimes of Herona, Hitler, Stalin, and the rest of the criminals.” The group has an estimated value of $3,000-$4,000.

The auction also features the work of German Expressionist Hans Christoph Drexel (1886-1979), part of the movement’s second wave, according to Peter Selz’s discussion of the artist in his seminal 1957 book “German Expressionist Painting.” Paintings by Drexel are included in the collections of the Lehnbachhaus, Munich, Folkwang Museum, Hagen, National Galerie, Berlin, and Yale Art Gallery, amongst others. The painting up for sale, dated 1950, is representative of the lyrical landscapes Drexel painted between 1948 and 1959, which he entitled simple chords. This work of gouache and oil paint on paper is expected to sell for $3,000-$4,000.

A strong portion of the sale consists of more than 200 lots of 20th century art glass, acquired from a Philadelphia Main Line estate. An impressive selection of  Millefiori, Tiffany style and Czech art glass are shown in these vases, pitchers, cups, bowls, centerpieces, lamps, perfume bottles, figures, globes, and other pieces. Approximately 15 lots of Art Deco Nude Figurative lamps of metal as well as glass are valued at $100-$250.  Notable lots include a Victorian-style metal peacock lamp glass beaded peacock feathers, valued at $800-$1,200, a rare glass vase expected to sell for $100-200, and a large Millefiori urn of stunning craftsmanship worth $1,200-$1,800.

The auction concludes with more than 100 lots of vintage Navajo jewelry. Assembled by a local Pennsylvanian connoisseur in the 1970s, this spectacular collection includes hand-crafted rings, bracelets, pendants, necklaces, bolo ties, belts, hat bands, pins, earrings, and animal fetish figures. These expressive pieces, predominantly in silver, vary in treatment from engraving to inlay, with turquoise, charoite, coral, shell, and other stones. Exemplary lots include a sterling silver royston stone belt, valued at $300-500, a Tom Jim sterling silver bracelet with a gorgeous blue stone, worth $200-$300, and a squash blossom necklace, expected to sell for $250-300, that dates to 1935-1945. 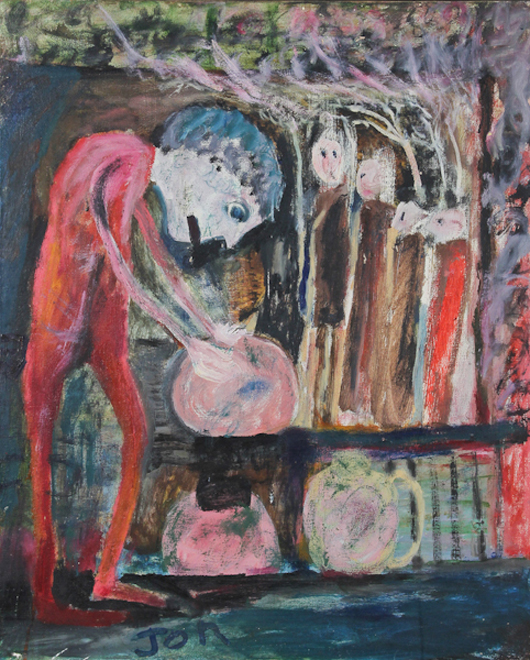 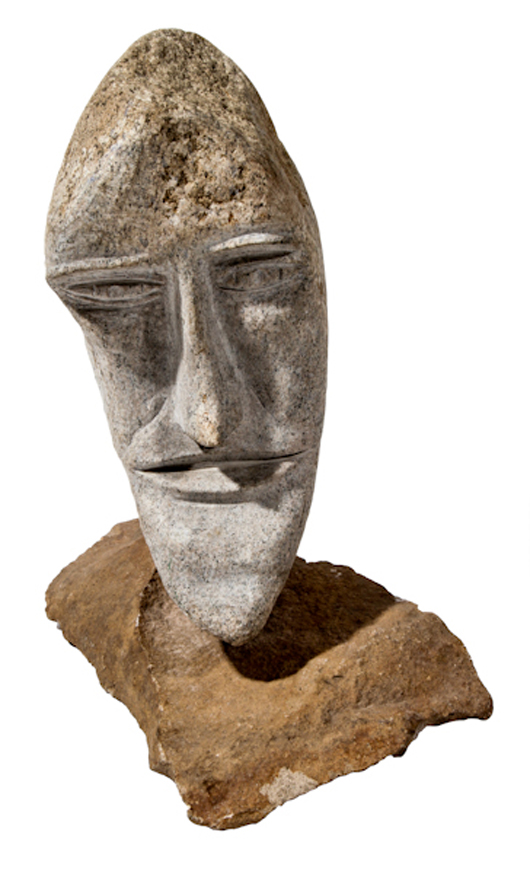 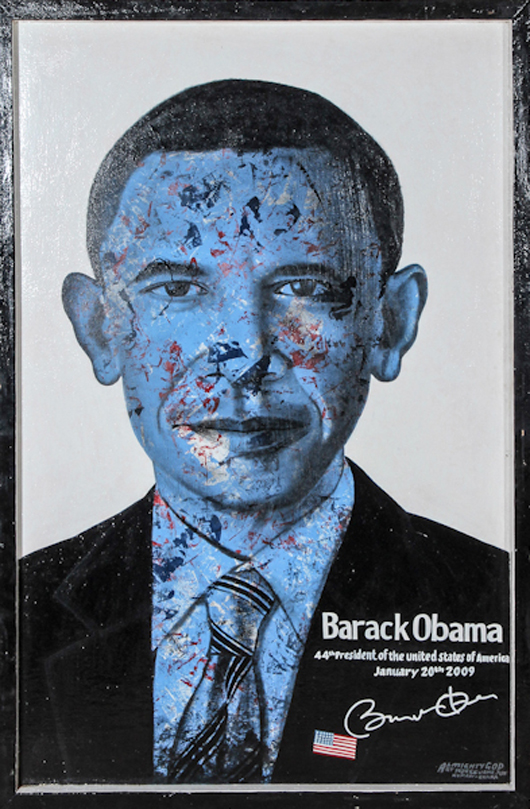 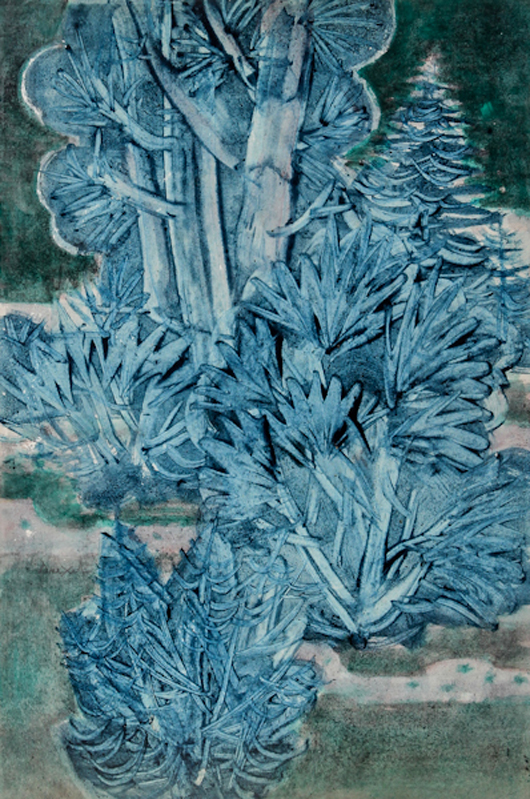 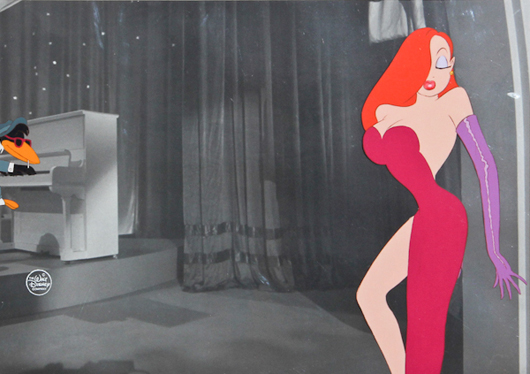 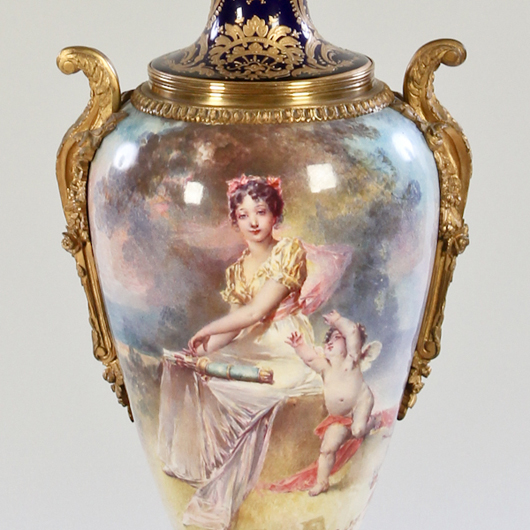