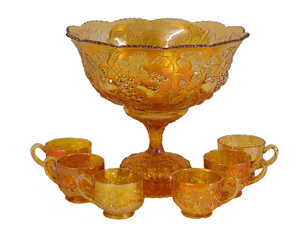 SUNBURY, Ohio – The Antiques Auction Gallery – a newly minted company formed by auctioneer Cynthia Schillig and business partner Jo Valentine, co-founder of the multi-dealer Valentine Antique Gallery – is ready to lift the lid on central Ohio’s abundance of antiques and art. Their debut auction scheduled for Friday, Oct. 9 at the 12,000-square-foot Valentine Antique Gallery in Sunbury will feature 350 lots of hand-picked fine and decorative art and antiques from the region’s estates and private collections. Internet live bidding will be provided exclusively by LiveAuctioneers.com.

The Antiques Auction Gallery was created after the two principals, in comparing notes, realized there was no full-service antiques auction house available to the area’s citizens, attorneys, and estate and trust officers. “Collections are already promised to us for future sales,” said Valentine, “but for our first auction we wanted to present a sampler of categories and tastes that show the diversity of antiques to be found in local residences.”

A quintessential reflection of Ohio’s rich art-glass tradition, a Millersburg carnival glass punch bowl with pedestal base and six cups is one of the sale’s highlights. Executed in marigold glass, it features a multi-fruit pattern on its surface. Millersburg carnival glass is especially appealing to collectors because so little of it was made. Its production run lasted about two years, from 1910 to 1912, Valentine said. The set to be auctioned carries a presale estimate of $2,000-$2,200.

Two dozen other pieces of Millersburg carnival glass will be offered, including examples in the Big Fish and Trout patterns. Additional carnival glass by Northwood and Imperial will be included in the sale, as well.

The Midwest is a mecca for American art pottery, and more than two dozen lots have been cataloged in the sale’s pottery section. One of the highlights is a Roseville console bowl in the Pink Moss pattern. Other Roseville patterns represented include Apple Blossom, Magnolia, Freesia and Florentine.

Weller motifs include Cloudburst, Wild Rose, Florala and Rosa. Additionally, collectors may choose from a number of desirable forms by Zanesville, Hull, Van Briggle and McCoy, including a few early designs by Nelson McCoy.

The Chicago firm Pickard China, whose history includes producing dinnerware for Air Force One, is highly collectible, particularly those designs from the company’s early days. “We will have 7 or 8 pieces of artist-signed, hand-painted Pickard from the 1910 to 1920s period,” said Valentine. “Collectors won’t want to miss this opportunity.”

A late-19th-century Etruscan (Phoenixville, Pa.) majolica syrup pitcher with pewter lid, marked and with a foliate motif, could finish in the $300-$400 range, while a late-19th-century Karl Diesinger (German) tankard, 21 inches tall with pewter lid and DRGM mark, boasts many attractive features. The “measle” effect is an attractive accent to the tankard’s artwork, which depicts cherubs and a bar scene.

A late-19th-century watercolor by E.J. Fenn, 33½ inches by 21 inches, carries an estimate of $350-$400. An accomplished artist in her own right, Fenn was married to Harry Fenn, an illustrator for Harper’s during the Civil War period.

Many outstanding examples of Arts & Crafts design will cross the auction block. An oak library table with single middle drawer is expected to earn $600-$700, while a Carl Sorensen hammered-copper pedestal ashtray could possibly realize $600-$650. The turn of the 20th-century piece has a base with supports designed as cats with arched backs. Other Sorensen designs in the sale include a bowl, lidded compote and vase.

Another distinguished figure from the Arts & Crafts period, Karl Kipp, left the Roycroft shop for a brief period between 1912 and 1915 to establish the Tookay Shop. A pewter tray by Kipp, emblazoned with the Tookay Shop mark, has a presale estimate of $300-$350. A pair of Roycroft Poppy bookends with a mark from the mid- to late 1920s, could reach the $650-$750 price range.

The sale will also feature a small collection of fine paperweights, including examples by Melville, Val St. Lambert, New England Glass Co., and Baccarat; as well as still banks, cast-iron doorstops and bookends, and many other quality estate antiques.

For information on any item in the sale, call 740-965-9519 or e-mail info@valentineantiquegallery.com. View the fully illustrated electronic catalog and sign up to bid absentee or live via the Internet at www.LiveAuctioneers.com. 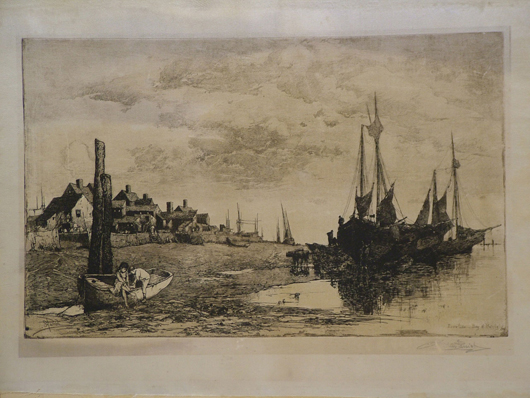 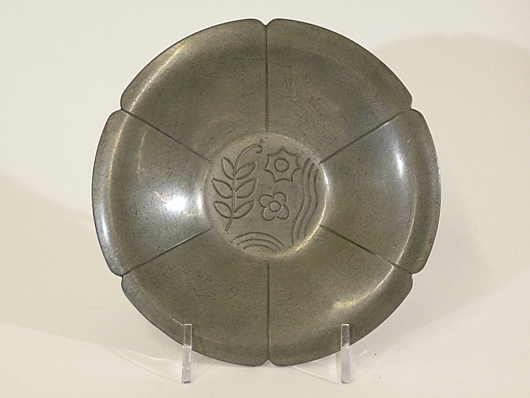 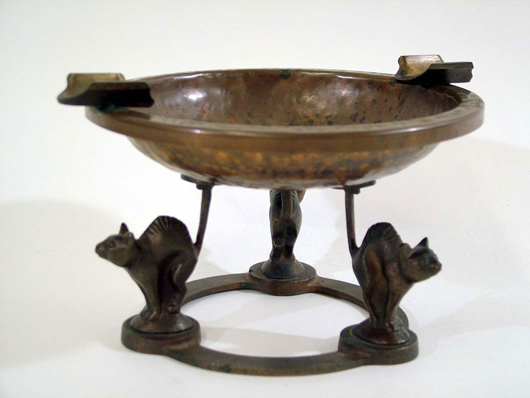 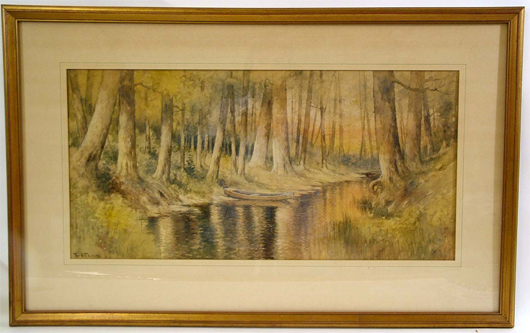 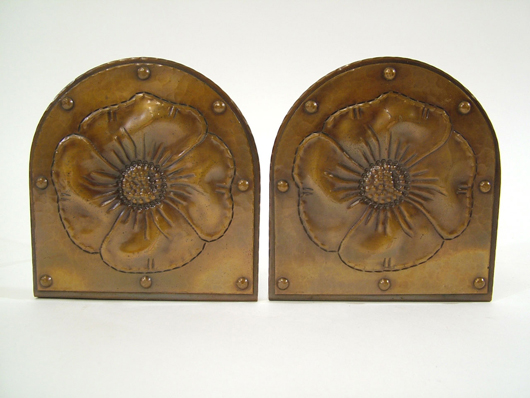 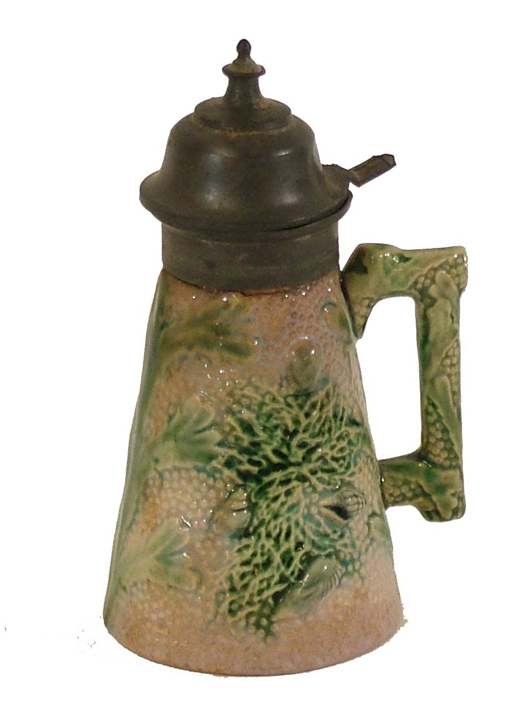 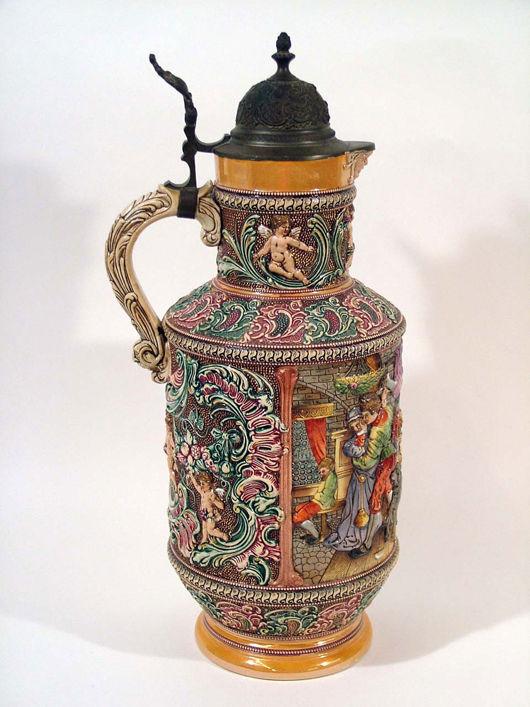