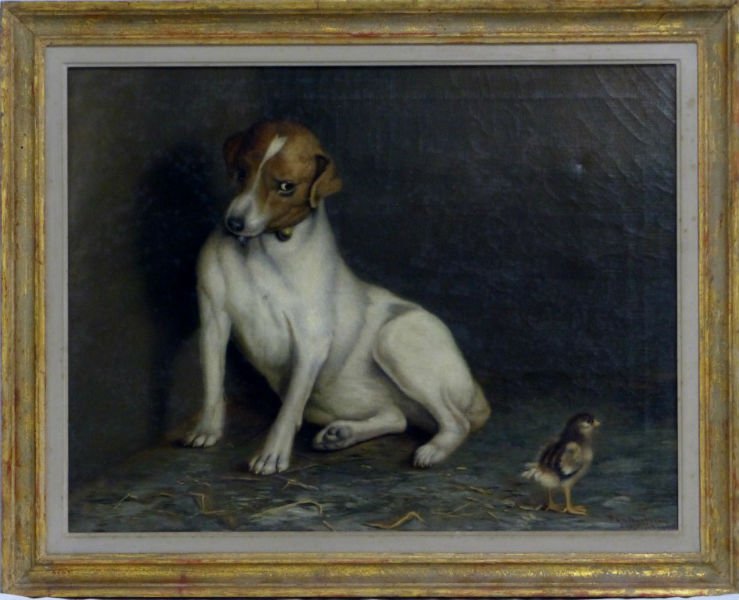 WEST PALM BEACH, Fla. – A pair of Chan side tables by Philip and Kelvin Laverne and a 1906 oil on canvas painting by American artist Ben Austrian (1870-1921) will be part of Antiques & Modern Auction Gallery’s next auction on Saturday, July 29, at 1 p.m. Eastern. Absentee and Internet live bidding is available through LiveAuctioneers.

With more than 300 lots, the sale is being billed as a fine artwork, porcelain, glass and Chinese works auction. “We have a great mix of high-end artwork pieces by noted, listed artists, Murano art glass, Chinese works and estate jewelry,” said Scott Cieckiewicz of Antiques & Modern Auction Gallery. “We have always loved mid-century modern furniture, and the Laverne side tables are a superb example.”

Lot 4 is the pair of Chan side tables (below) by the renowned father-and-son furniture design team of Philip Laverne (1907-1987) and Kelvin Laverne (b. 1937). The hexagonal form tables depict a continuous figural courtyard scene and are composed of etched and enameled metal on wood. They should gavel for $10,000-$12,000.

Beautiful Chinese porcelain pieces will feature a 19th century blue and white vase (below) of flattened hexagonal form with painted landscape and dragon scenes and calligraphy marks applied to the underside (est. $1,200-$1,800); and a famille rose vase having floral sprays over a gray ground and landscape scenes with pagodas to the center plaque, 21 inches in height (est. $800-$1,200).

One of the paintings in the sale could well end up being the top-selling lot. It is an oil on canvas by Henry Ossawa Tanner (1859-1937), the first African-American painter to gain international acclaim, although he lived most of his adult life in Paris. The work in the sale, done circa 1903, is titled The Stairwell, Granada and is artist signed. It’s expected to command $20,000-$40,000. 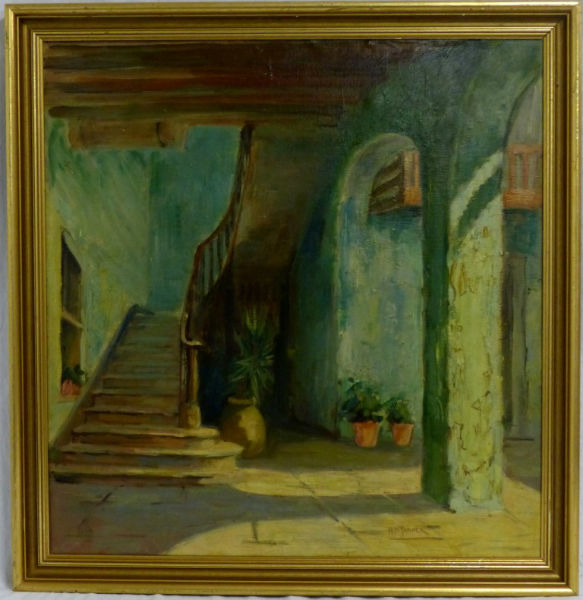 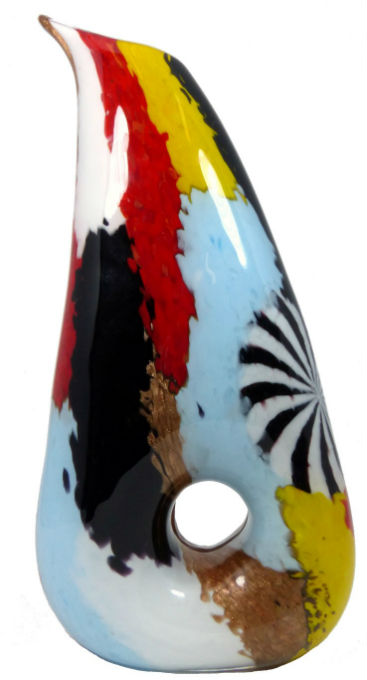 For details contact Antiques & Modern Auction Gallery at 561-318-1834 or info@antiquesmodern.com.