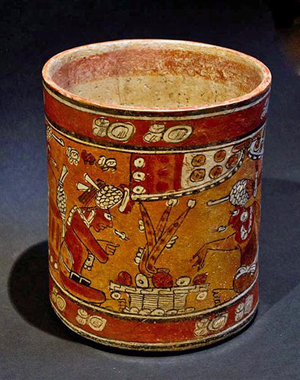 DENVER – Antiquities-Saleroom, a subsidiary of Artemis Gallery, will conduct their next online auction, Friday, Nov. 16, at 10 a.m. MST. Showcasing lots from Ancient Egypt, Greece, Rome, the Middle East, India, China and the Far East, and the pre-Columbian Americas, all items in this auction have been legally acquired and are legal to sell. LiveAuctioneers.com will provide Internet live bidding.

“We pride ourselves in full compliance with UNESCO and various national treaties and we feel that is the only way to ensure confidence in our clients. All items offered for sale are guaranteed to be authentic and not ‘in the style of’ any ancient culture, or your money back,” said Teresa Dodge, co-founder and managing director of Antiquities-Saleroom.

According to Geoffrey VanderWoude, Antiquities-Saleroom’s latest hire and a graduate student of Classics at the University of Colorado in Boulder, perusing this latest auction offering is like taking a tour of the art of the ancient world. “It’s an amazing array of art that one would normally only expect to see in the highest-end galleries or museums. This auction selection includes spectacular pieces I would never get to see or handle in any of my courses,” said VanderWoude.

Highlights to the Egyptian selection include an Egyptian granite lower torso of a striding king whose identity was erased from history when the inscription on the reverse was deliberately obscured in ancient times; two exceptional mummy masks – one from the New Kingdom, the other from the Late Dynastic/Ptolemaic Period; an Egyptian faience amulet of Sekhmet; an incredible Egyptian polychrome stucco head of a lioness; an Egyptian gilded head of an ibis with Christie’s provenance and a selection of painted Egyptian cartonnage panels.

Among the fine offerings from the Classical and ancient near-eastern civilizations include rare and beautiful stirrup jars of great King Agamemnon and the Mycenaean’s; an exceedingly fine Babylon cuneiform biscuit – King Nebuchadnezzar II incised in translated cuneiform documenting taxes in the reign of Nebuchadnezzar II; Athenian Red Figure vessels, including an Attic red figure cup by the Heraion painter; a portion of the published Byron Farwell Collection – excavated from a necropolis in Ordona; an Etruscan terracotta votive of a youth, ex-Christie’s; and a Greek Campanian red-figure bell krater.

From the ancient Roman Empire, the auction highlights include an exquisite matching pair of bronze eagle chariot fittings; an ex-Christie’s Roman marble sarcophagus fragment and a huge Roman marble bust of a Roman citizen, who took a risk making his business in the provincial empire, along with interesting pieces of Roman glass, remarkably designed and well-preserved.

Among the Indian and Indo-Greek selections includes a Greek marble head of a woman – a product of Alexander the Great’s conquest of India, and an intricate paintings in a Mahabharata / Ramayana Hindi book from the 19th century.

Highlights from China, Indo-China and Japan include bronze, sandstone and stucco busts of Buddha; an archaic Chinese Zhou Dynasty ritual food vessel, bronze bells and mirrors; numerous Khmer bronze examples, including a Khmer palanquin bronze hook in the shape of a dragon; a bronze votive yablet of Buddha and a published Japanese Haniwa terracotta figure.

Finally, a large number of exceptional pieces from the ancient Americas complete the auction where you will find pre-Columbian art of the Nazca, Moche, Chancay, Inca and Aztecs. A few of the major highlights include a rare Valdivian stone fish palette, whose provenance includes being sold by Sotheby’s; a Nazca polychrome killer whale vessel; a Panamanian gold openwork lizard pendant weighing in at 76.5 grams; a superb Veracruz standing warrior; an ex-Sotheby’s Colima ceremonial dish that has a tree with tropical birds perched on it; and one of the most outstanding Mayan pieces you will find – a Mayan polychrome cylinder – Kerr rollout 8277, which is not just a beautiful piece, but an extremely important part of Mayan history.

“Every auction lot starts at the price, at which it can sell, with no hidden reserves,” said Dodge.

For details phone Dodge directly at 720-936-4282 or email AntiquitiesSaleroom@gmail.com. 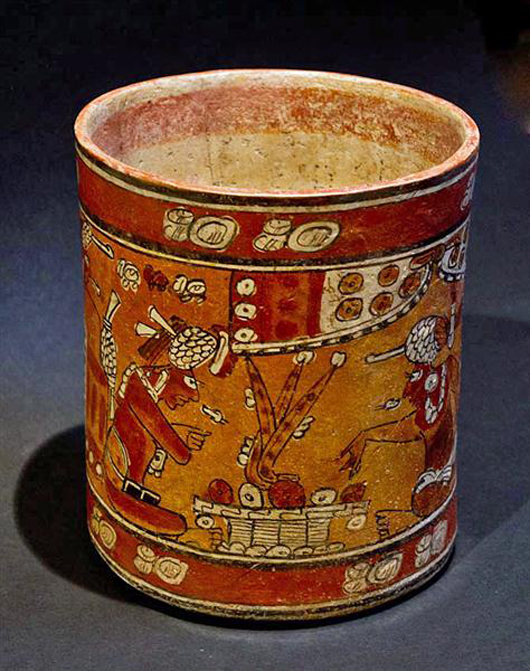 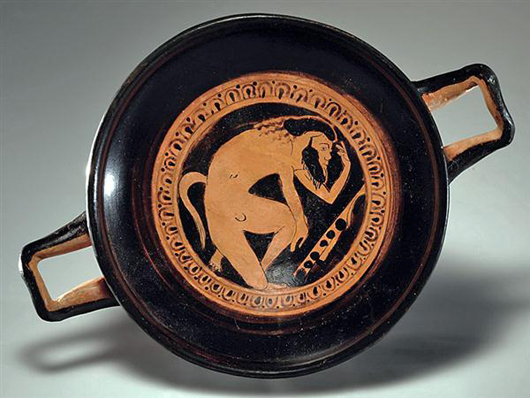 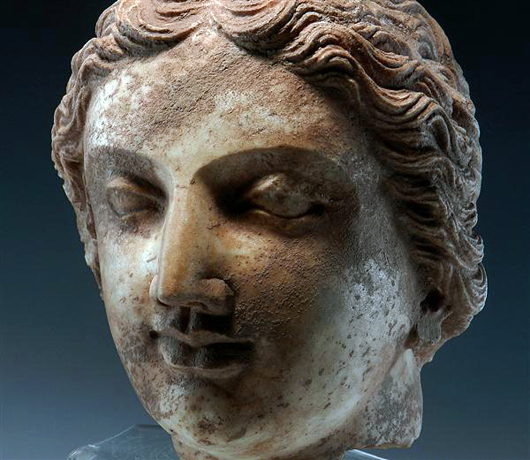 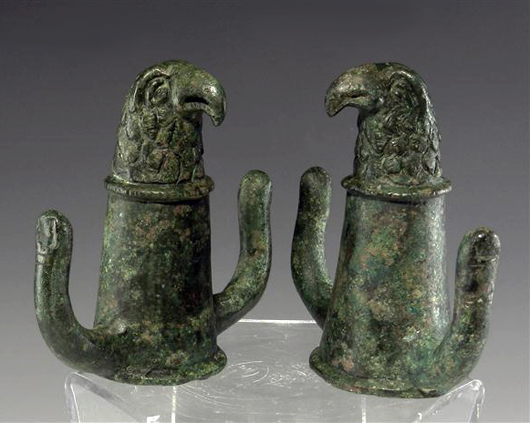 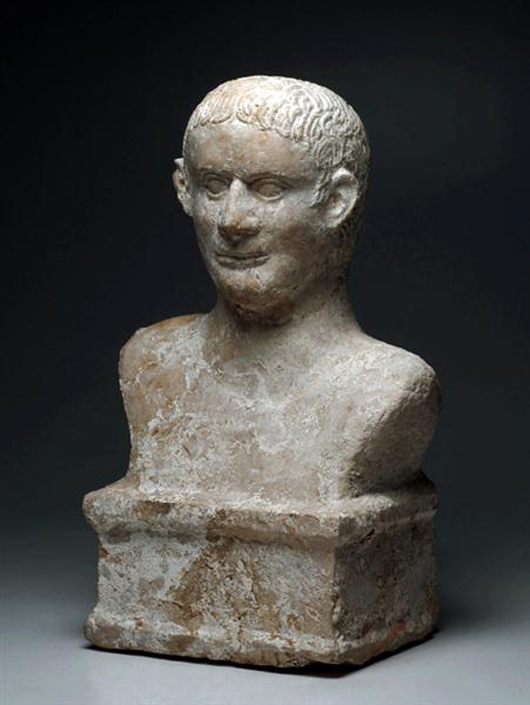 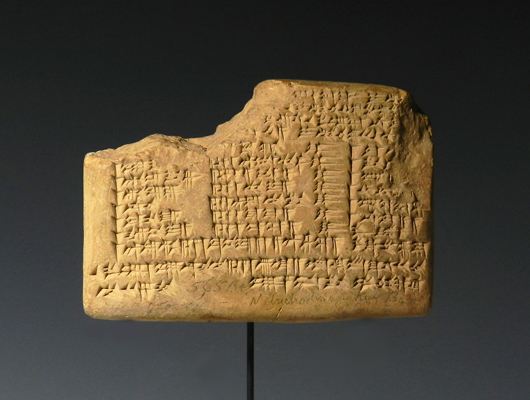 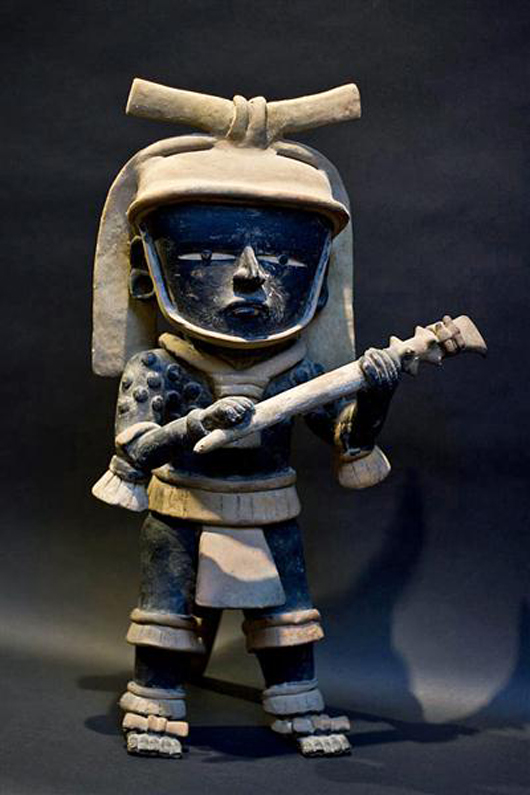