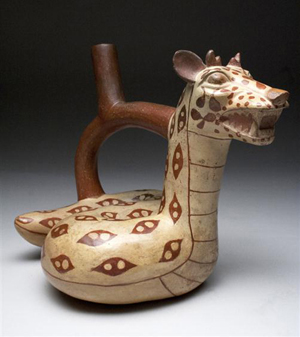 BOULDER COUNTY, Colo. – Provenance and pedigree combine to form a compelling reason to bid in Antiquities Saleroom’s Feb. 1 sale of premier Pre-Columbian art. The 110-piece selection offered in the absentee and Internet (through LiveAuctioneers.com) auction comes from the carefully curated collections of two Hollywood notables – an Emmy Award-winning executive producer/writer, and a producer/director who specializes in movie trailers.

Together, the collections provide an unbroken timeline that traces the fascinating and mysterious ancient civilizations of Central and South America. The auction showcases all of the better-known cultures, such as Aztec, Incan and Mayan; as well as the Pre-Columbian Moche, Salinar, Chancay and Chinesco cultures. Together, the collections are valued at no less than $900,000.

“We are accustomed to handling very fine pieces, but the examples in these two collections are genuinely investment grade and would be welcomed with open arms at any major museum in the world,” said Bob Dodge, co-owner of Antiquities Saleroom. “The first collector – the TV producer – specialized in Mayan and Southeast Mexican artifacts, including pieces from Veracruz and Olmec. The second collection is very wide ranging and includes articles from far south Peru and Chile to Northern Mexico and the West Coast cultures. The owner immersed himself in the antiquities trade so he could become a well-educated buyer. He attended all of the major shows and bought from every prominent dealer.”

Most pieces in the auction boast provenance from distinguished sources, including Sotheby’s, Christie’s, the Denver Art Museum and even Andy Warhol, who reportedly had a discerning eye for antiquities. In addition, several artworks are of monumental height, exceeding 30 inches. “That is almost unheard of in this business and is always exciting to collectors,” Dodge noted.

Other Moche highlights include a terracotta stirrup vessel shaped as a stern-faced warrior with a diminutive prisoner of war hoisted onto his shoulder, est. $8,000-$12,000; and a beautifully patterned pottery jar modeled as a mythological creature, part serpent and part jaguar with deer antlers. Formerly in the Platt Friedenberg and University of Virginia Art Museum collections, it is estimated at $6,000-$10,000.

Very rare and desirable, a Colima (West Mexico, circa 200 BCE – 200 CE) terracotta redware vessel is formed as a row of three finely detailed ducks with a spout emerging from one side. It measures 11 inches wide and could reach $5,000-$7,000 at auction.

From the Central Mexico Mixtec culture comes a carved redstone stele carved with the image of a fierce running warrior in full battle dress, holding a feather shield and war club. “This object would have been used as a boundary marker to warn intruders to stay away or their warriors would come after them,” said Dodge. Formerly in a Zurich museum, the lot is expected to sell for $20,000-$30,000.

A two-tone janiform Jalisco (Mexico, circa 0-200 CE) pottery jar depicts a pair of dogs conjoined on four feet. Acquired many years ago from the Ron Messick Gallery, the Pre-Columbian rarity is entered in the sale with a $5,000-$7,000 estimate.

From the Mayan Territories, a circa 500-900 CE carved volcanic stone skull exhibits deep eye sockets and applied shells to replicate teeth. A large-beaked bird is carved into the top of the skull and points its beak into the center of the skull’s forehead. Macabre and alluring at the same time, it is estimated at $4,000-$6,000.

Formerly in the personal collection of pop art genius Andy Warhol, a three-tiered Pre-Columbian Mayan polychrome jar from Honduras, circa 500-900 CE, features dancing stick figures, glyphoids and lotus blossoms on its bands. It commands an auction estimate of $3,000-$4,000.

Many high-carat gold antiquities are included in the sale. A Pre-Columbian Moche (Peru, circa 100-400 CE) royal ceremonial scepter or “atl atl” is decorated with a standing lord carved from bone on a turquoise mosaic platform. Highly important, it carries a pre-sale estimate of $30,000-$40,000. There are several bas-relief gold masks in the auction, as well as a Sican (Chimu Culture, Peru, circa 800-1,000 CE) beaker with the face of the god Naylamp crafted in relief on its surface. The deity wears gold earrings with turquoise beads and has repousse “hair.” The piece formerly belonged to Ian Arundel, proprietor of The Curiosity Shop on Melrose Avenue in Los Angeles. In the 1950s and ’60s, Arundel’s shop was a magnet for collectors of the day, including Vincent Price and John Wayne. The beaker is estimated at $15,000-$20,000.

Bob Dodge stressed that all items offered for sale in the Feb. 1 auction have been legally acquired, are legal to resell and are unconditionally guaranteed to be authentic and as described in the catalog. “We do not sell replicas or anything ‘in the style of’ any ancient culture. Also, no sale is ever final. We want only satisfied customers,” Dodge said.

Antiquities Saleroom’s Exceptional Pre-Columbian Art from Hollywood Auction will commence at 12 noon Eastern Time on Friday, Feb. 1, 2013. Bid absentee or live via the Internet through LiveAuctioneers.com.

For additional information on any item in the auction call Managing Director Teresa Dodge at 720-890-7700. E-mail: antiquitiessaleroom@gmail.com. 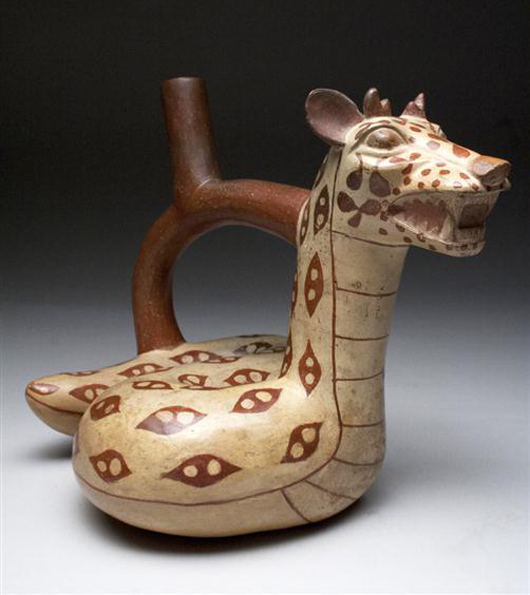 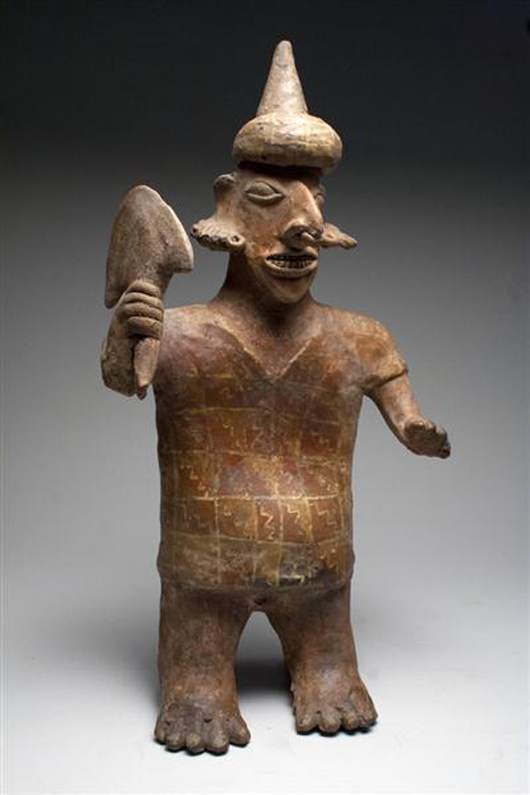 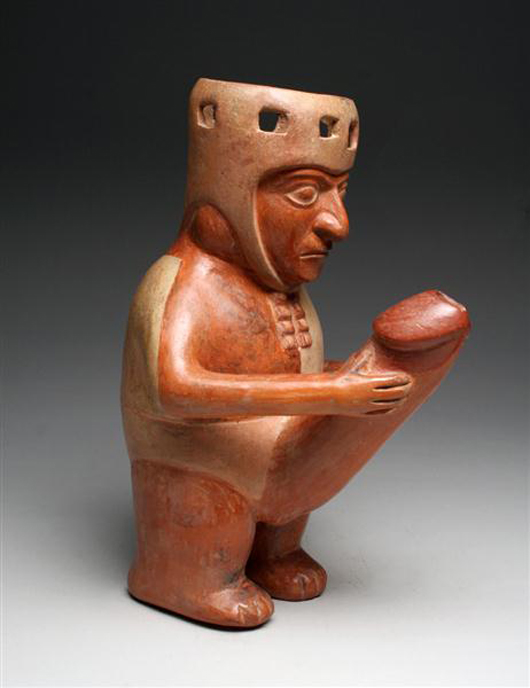 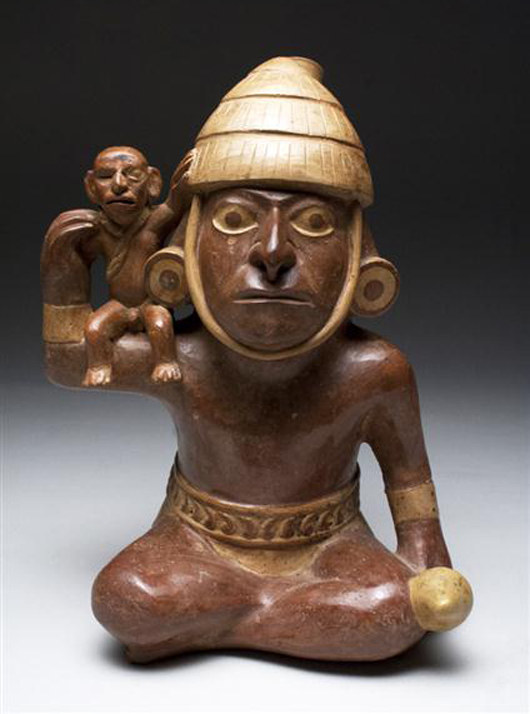 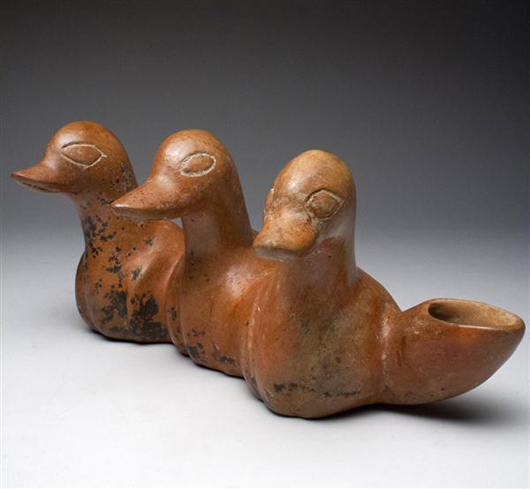 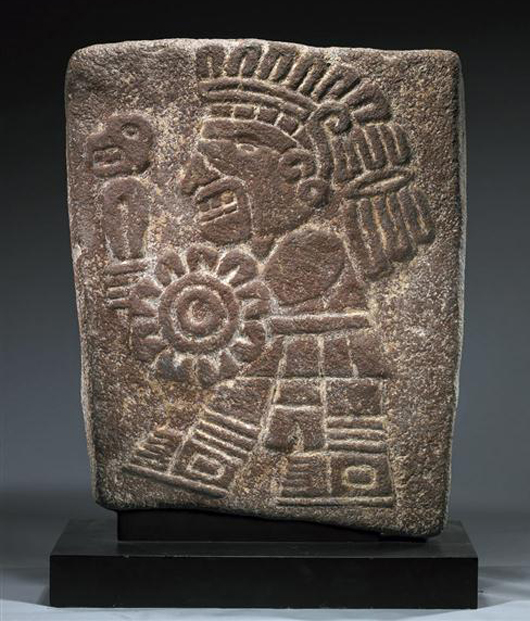 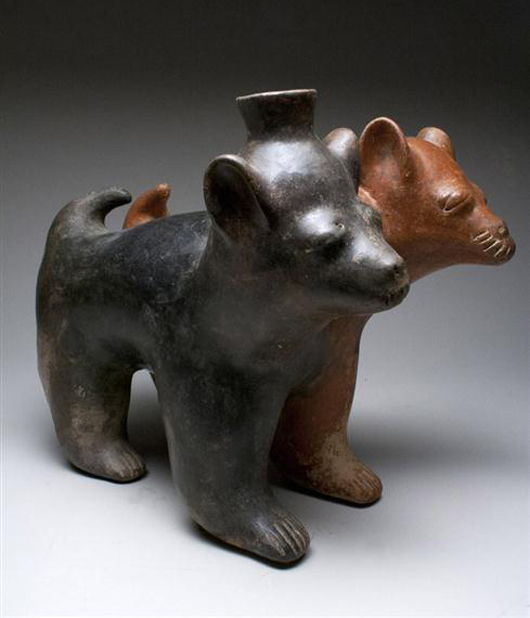 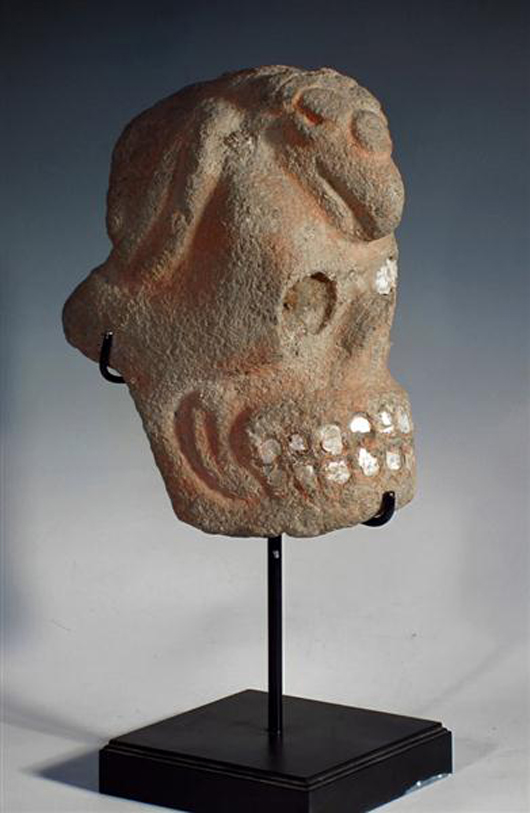 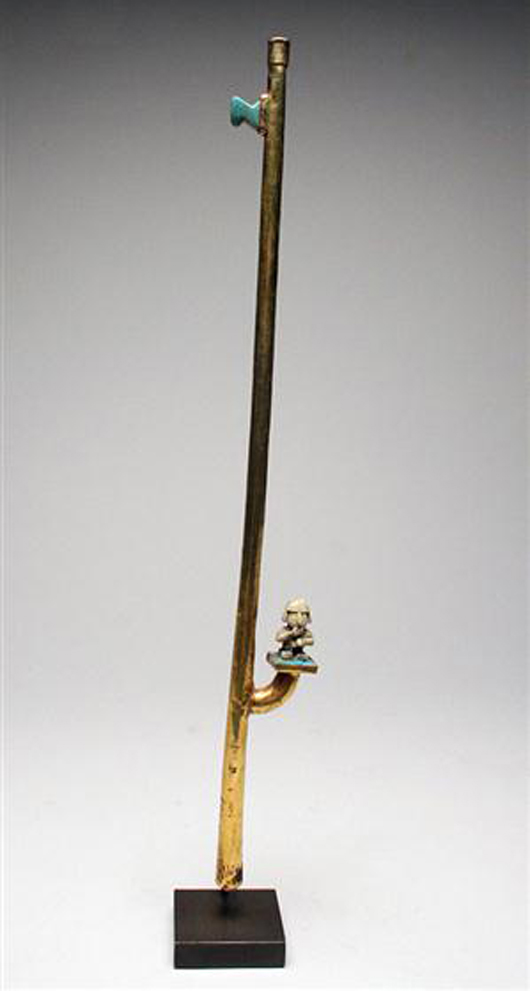 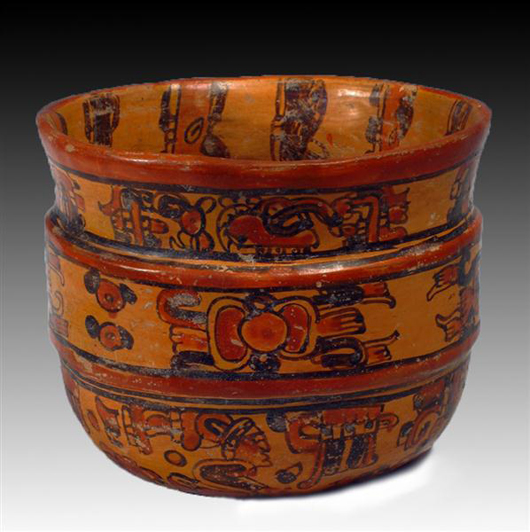