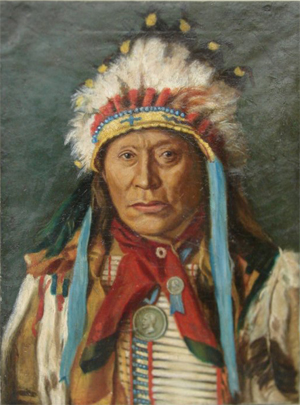 CORNWALL-ON-HUDSON, N.Y. – Based in Orange County, N.Y., in the scenic riverfront village of Cornwall-on-Hudson, Mid-Hudson Auction Galleries is geographically surrounded by physical testaments of some of America’s earliest settlers. The village was founded by explorer Henry Hudson in 1609 – 11 years before the Mayflower dropped anchor at Plymouth Rock. In addition to historical homes, the gallery’s near-neighbors include the United States Military Academy at West Point, a mere five miles away.

With this setting in mind, one can only imagine the sorts of luxe antiques and fine art that must pass through Mid-Hudson’s doors on a regular basis, bound for the auction block. But sometimes an unexpected phone call can lead to a fine-art bonanza in the unlikeliest of places, as was the case with one particular estate that will be offered in Mid-Hudson’s Sept. 5 Labor Day Weekend Estate Auction.

“The majority to be offered came from one estate in the Bronx,” explained Mid-Hudson Auction Galleries’ owner and presiding auctioneer Joanne Grant. “It was a very nondescript house, but it was filled with wonderful things. The referral came to us from someone for whom we had done work before. The heir to the estate flew out from San Francisco. We worked quickly so he could return home as soon as possible, since that was his wish.”

A signed oil portrait of an Indian chief by Henry C. Balink, 24 inches by 28 inches, is an imposing entry in the sale. Born Hendricus Cornelis Balink on June 10, 1882 in Amsterdam, the artist was identified as a child prodigy. Balink went on to become an accomplished painter with an affinity for Native-American subjects. His colorful portrait of a chief wearing his feather bonnet is expected to make $4,000-$6,000 on auction day. “When you look at this picture, it speaks to you. You can see the quality,” said Grant.

“There’s a wonderful group of 19th-century French bronzes, as well,” said Grant, “including a 25-inch-tall Carrier-Beleuse doré bronze titled Harmonie.” It retains an engraved plaque for Medaille D’Honneur Au Salon, and is expected to fetch $1,500-$2,000. A bronze of young Christopher Columbus, approx. 23 inches tall, is signed G. Monteverde (listed sculptor Giulio Monteverde, Italian, 1837-1917). With provenance through a Sotheby’s sale in London, it is estimated at $2,000-$3,000.

The owner of the Bronx home must have entertained in grand style, setting the table with a 117-piece Tiffany & Co. sterling silver flatware set (estimate $4,000-$6,000). Executed in the 1884 Wave pattern, the heavy silver pieces weigh a total of 142.22 troy ounces. “It’s not only Tiffany but also an early, hard to find pattern,” Grant noted.

Sometimes it pays for an auctioneer to ask questions, as it can net big rewards. “As we were leaving the house, we asked if there was any costume jewelry, since there’s such a strong market at the moment for good, designer pieces,” said Grant. “The heir to the estate replied, ‘No, but we do have some fine jewelry we could show you.’ He put his hand into a bookcase and pulled out a bag filled with gold bracelets, rings, a topaz pendant (estimate $400-$600), and many retro things from the 1940s and ’50s.”

Grant said estimates have been kept reasonable and that there will be buying opportunities at all price points. “If you’re lofty with your estimates, you lose people,” she said. “Everything in the upcoming sale that came from the Bronx house is being auctioned with no reserves and no minimums. That’s a rare opportunity.” 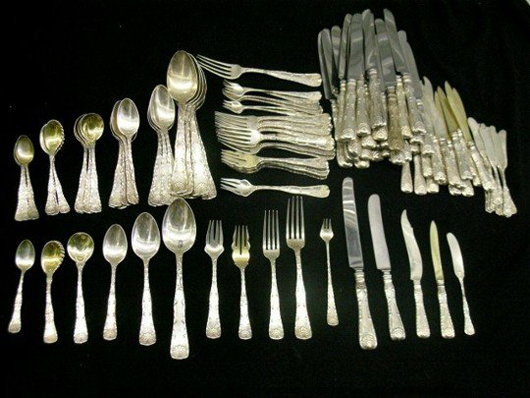 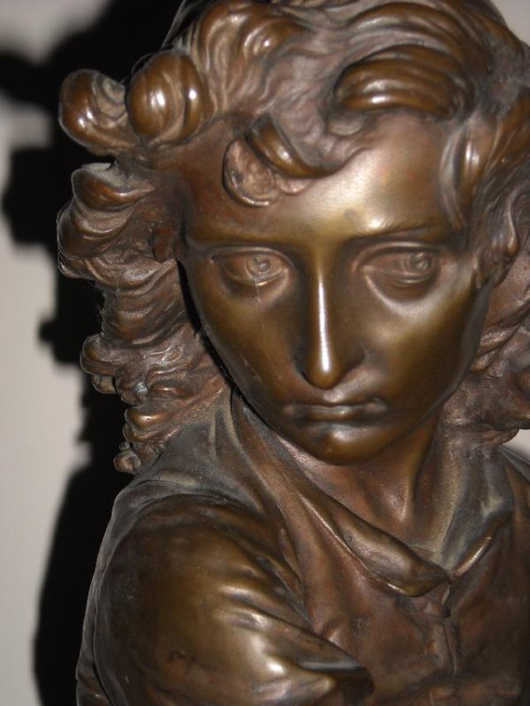 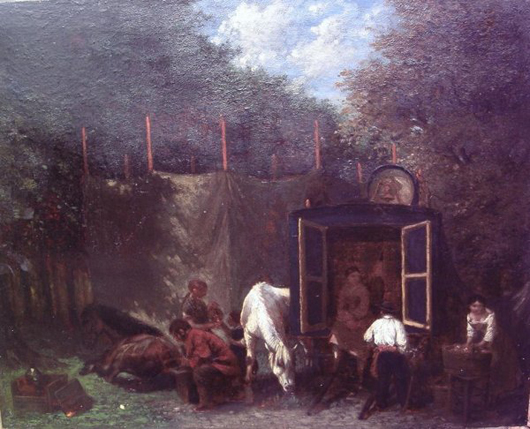 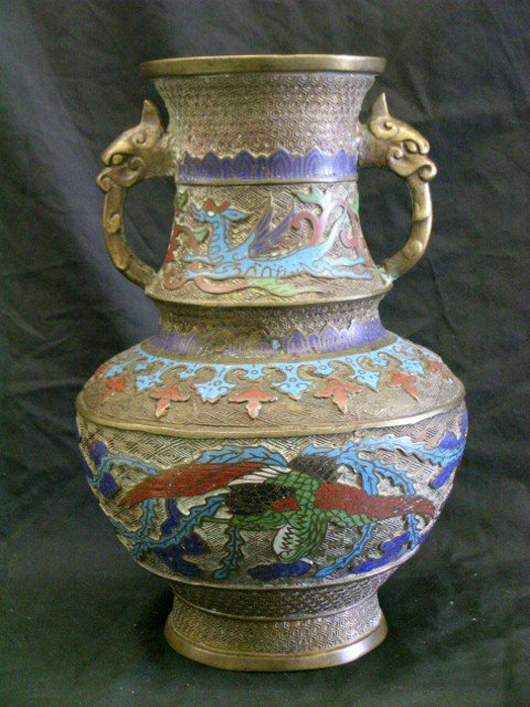 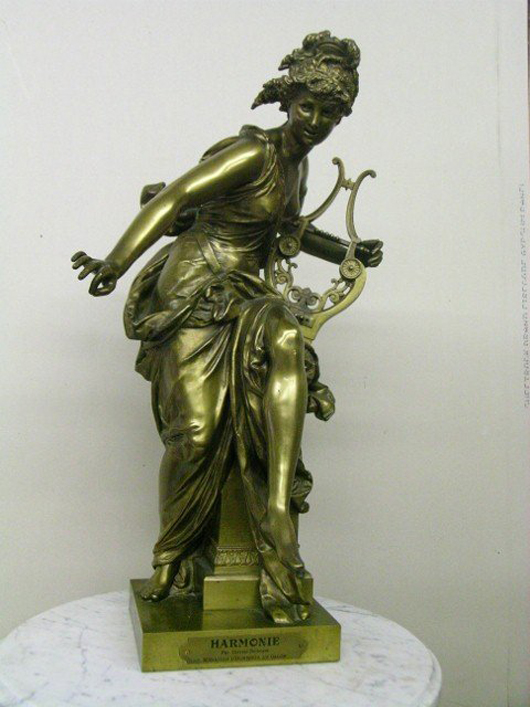 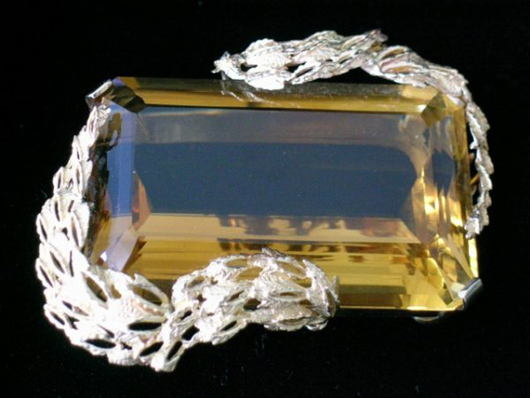