BOULDER, Colo. – Following a sensational summer with monthly sales achieving house-record prices, Artemis Gallery once again steps into the spotlight with a Sept. 22 Exceptional Antiquities & Ethnographic Art Auction to delight collectors. The 407-lot sale showcases museum-worthy examples of classical antiquities, and ancient and ethnographic art from ancient civilizations dating back thousands of years. Absentee and Internet live bidding will be available through LiveAuctioneers.com.

Artemis Gallery’s sales traditionally open with premier examples of ethnographic art and relics of mysterious Ancient Egypt. Lot 1A is an impressive 9¾-inch alabaster stone jar from the Early Dynastic Period (circa 3100-2686 BCE). Its stunning natural attributes, including vertical bands all around, are enhanced by a carved rope motif encircling the vessel beneath the rim. The pre-sale estimate is $6,000-$12,000. 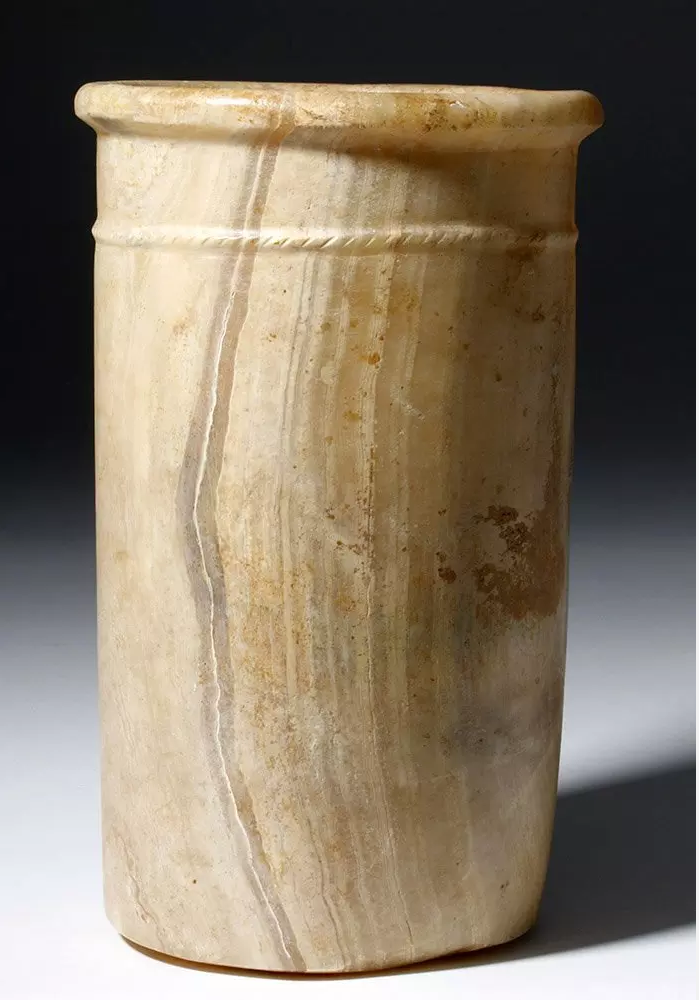 Lot 9D is a fantastic circa 1st century BC to 1st century CE 23K gold Nile crocodile. Weighing 37.1 grams and with a composition that is 97% pure gold, the fearsome reptile is realistically formed with almond-shape eyes and rows of deadly teeth visible from a partially opened mouth. The piece has been analyzed and confirmed “ancient” by Pieter Meyers, Senior Research Scientist Emeritus, Los Angeles County Museum of Art (LACMA). Formerly in the collection of Oregon Governor Victor Atiyeh, the 6.875-inch croc will likely require a bid of $18,000-$27,000 in order to be captured at auction. 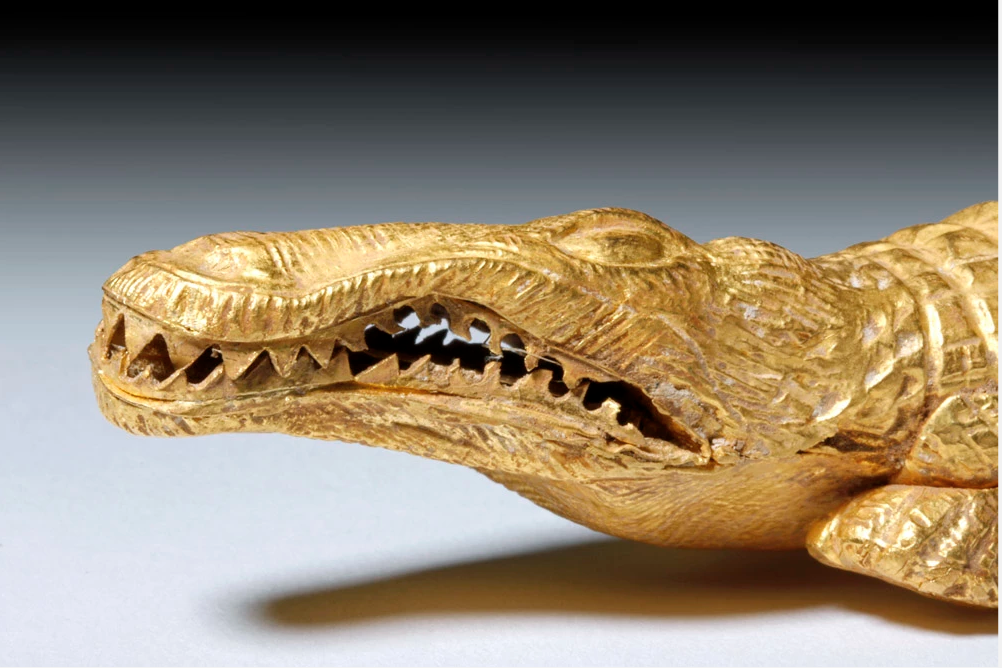 Leading the Ancient Greek section is Lot 30, a Cypriot limestone head of a male youth wearing a laurel wreath. Dating to circa 310 BCE, it is stylistically similar to sculptures from the earliest part of the Hellenistic period. The piece comes with distinguished provenance, having been de-accessioned from the Metropolitan Museum of Art’s (MMA) Cesnola Collection. It also appears in an 1885 MMA publication titled Cypriote Antiquities in the Metropolitan Museum of Art. Estimate: $30,000-$40,000. 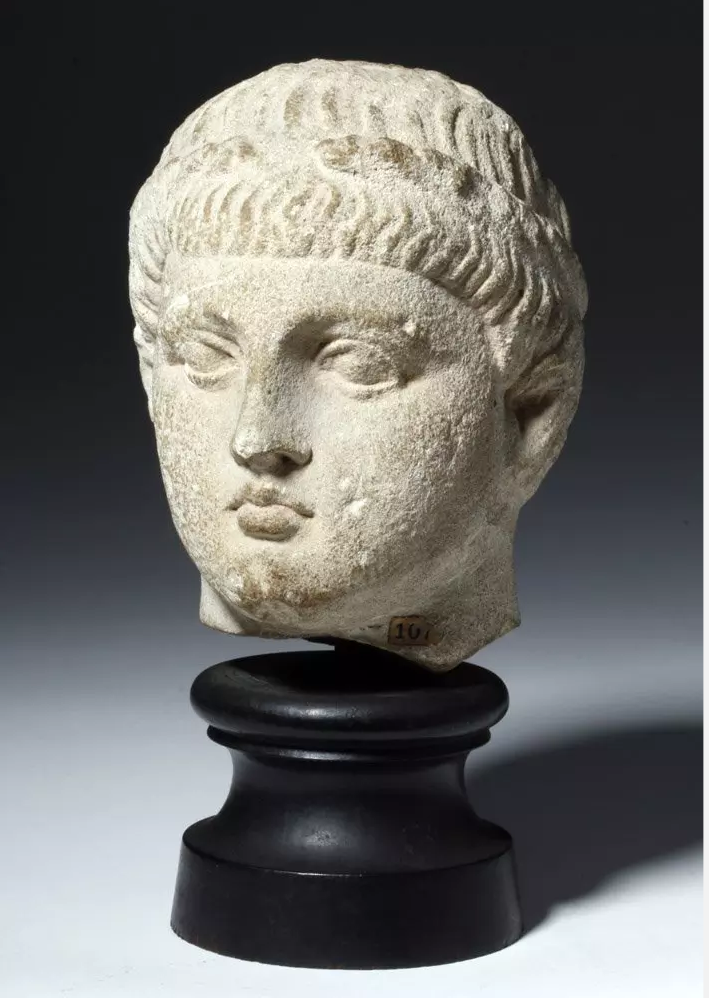 Also from the Hellenistic period but of Roman origin, Lot 49 is a circa 2nd /3rd century CE white marble head of Aphrodite/Venus. The goddess is depicted with an attractive, center-parted coiffure, her features sensitively modeled to render a naturalistic visage. The auction estimate is $30,000-$45,000.

Another Ancient Roman treasure is Lot 48A, a circa 2nd/3rd century CE mosaic panel from a series representing the four seasons. With its image of an angel holding grapes and wearing a wreath of grapevines and grapes, it is assumed that the 59 by 60-inch mosaic is the panel that depicts “autumn.” The piece was acquired in the early 1980s by a French collector and previously was part of an old Swiss collection. Estimate: $75,000-$85,000. 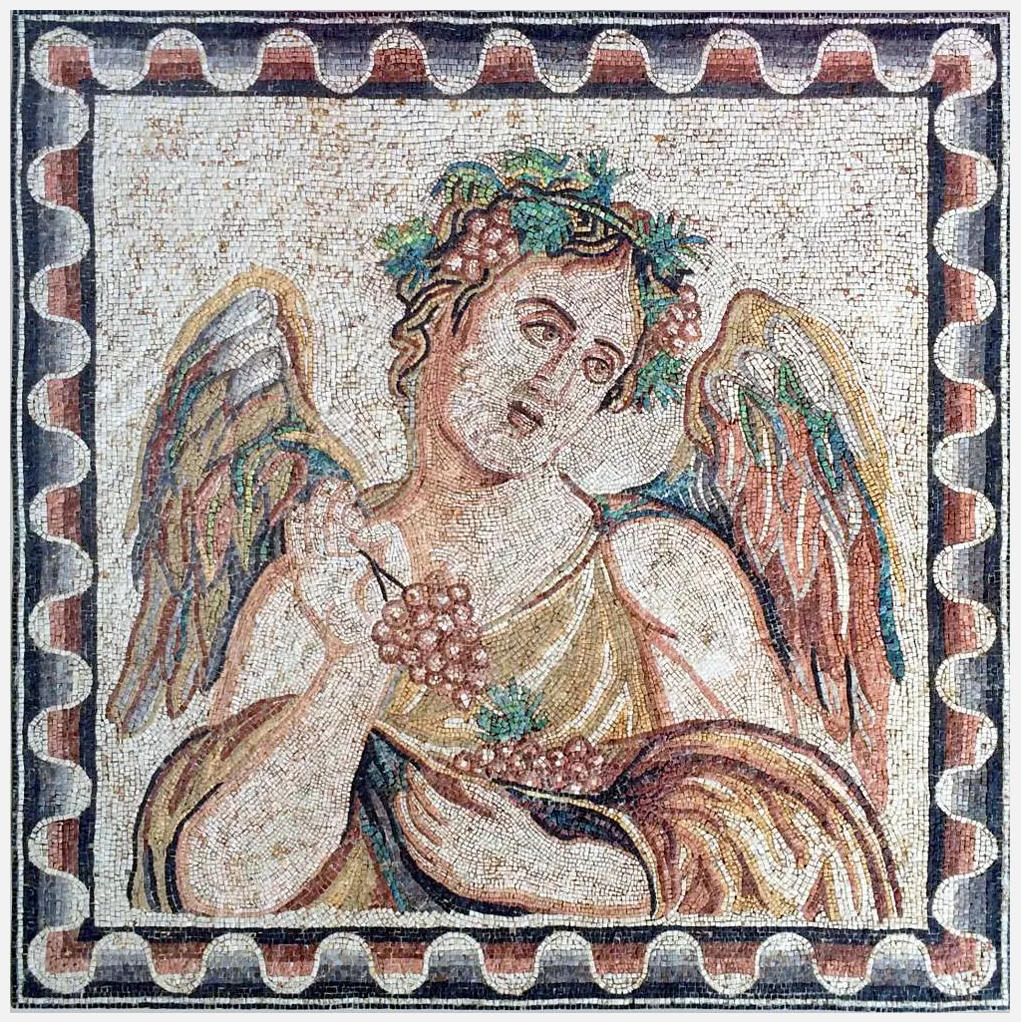 Remarkable Viking relics, which have been so popular in past Artemis Gallery sales, return with such highlights as a shield boss and knife (ex-Whitby Museum, England); twisted silver neck torque, and Lot 61A, a mid-9th to mid-12th century iron sword with gold inlays. The weapon has been tested for metal analysis and authenticity by Welsh expert Dr. Gerry McDonald and is expected to reach $20,000-$24,000 at auction.

It is exceedingly uncommon to encounter pottery vessels from the Gandharan culture of India/Pakistan (circa 2nd/3rd century CE), as the people were much better known for their gray schist statues and stelae. Accordingly, the Sept. 22 auction holds a special place of honor for Lot 75C, a 16.5-inch-wide by 13-inch high Gandharan pottery jar. Decorated with a band of 11 antelope heads against a floral background, the jar is exceptional, both visually and from a standpoint of connoisseurship. Estimate: $18,000-$25,000. 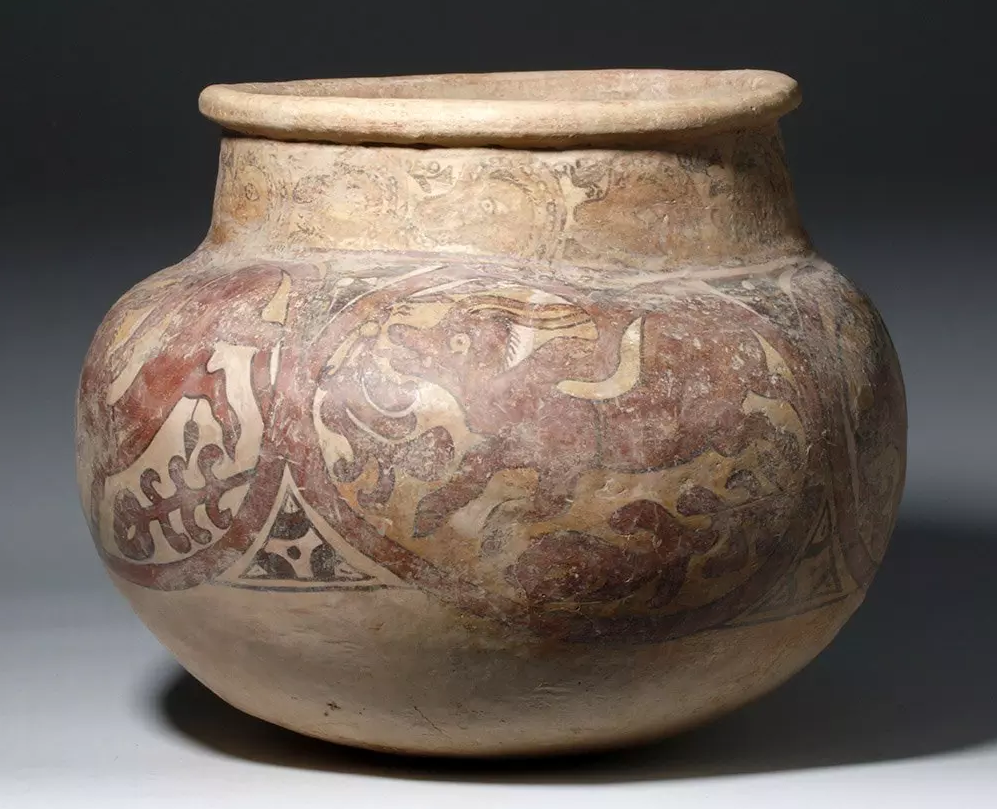 One of four authentic Chinese Hongshan Period (circa 3800-2700 BCE) stone pieces in the sale, Lot 79E is a jade or jadeite pendant carved in profile as either a skull or serpent. “The Hongshan culture created a sophisticated society and erected elaborate ceremonial sites that oftentimes included valuable works like this piece of jade,” said Teresa Dodge, executive director of Artemis Gallery. Auction estimate: $3,000-$6,000 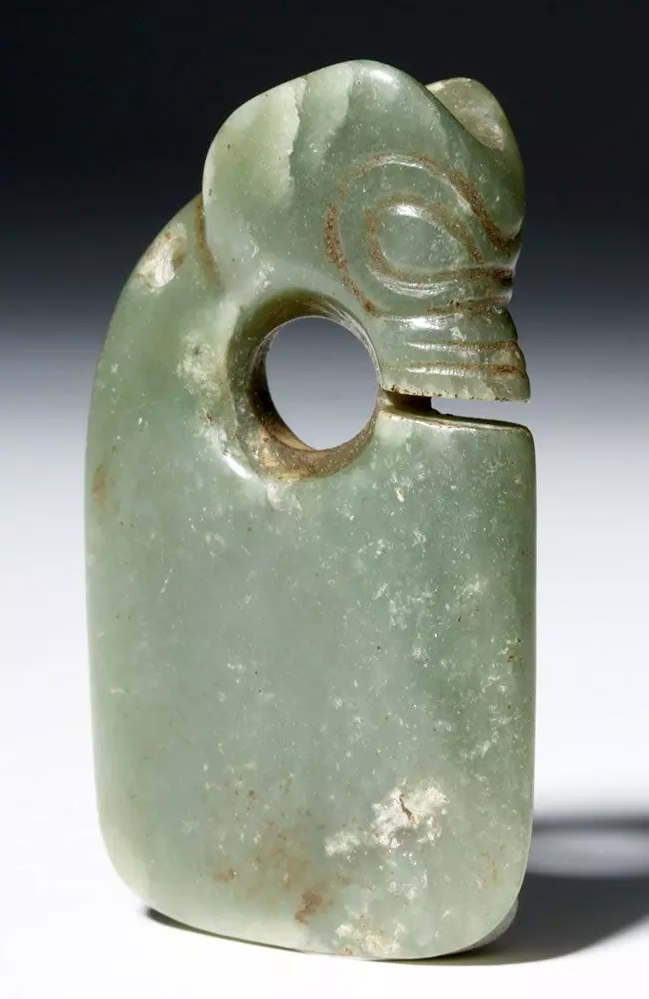 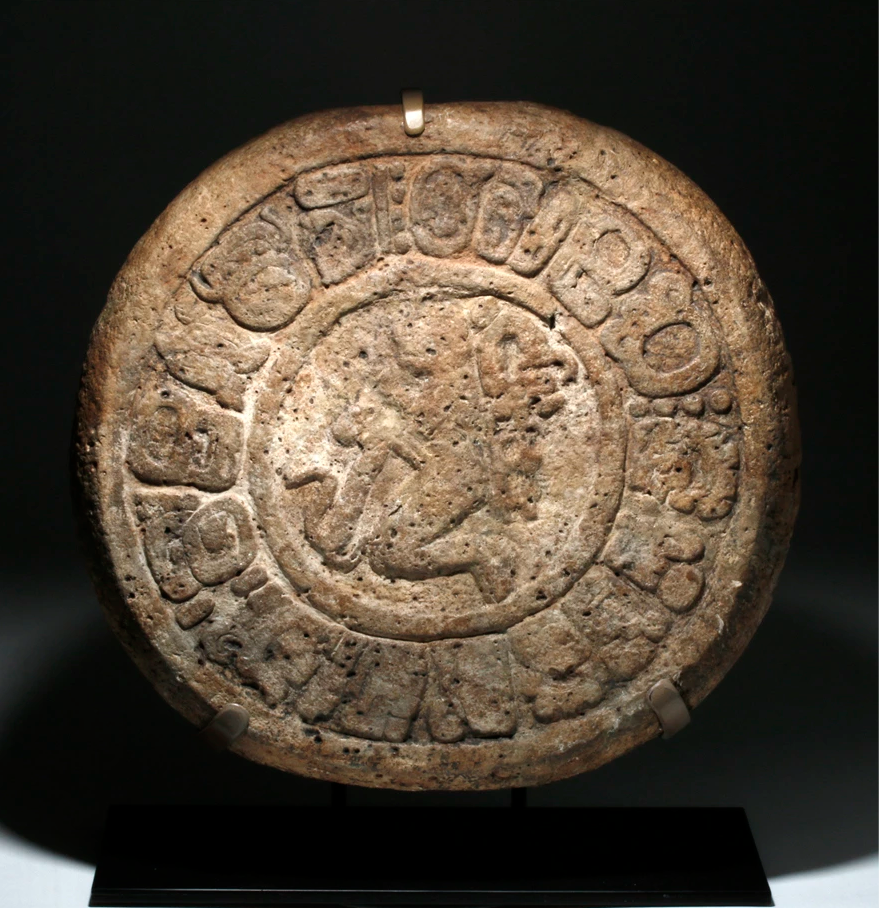 Two amazing pieces of militaria will be offered: Lot 170D, a 16th-century Spanish conquistador’s helmet and chain mail armor found in New Mexico, $10,000-$15,000; and the second-highest-estimated object in the auction – a French, circa-1806 trooper’s helmet from the Napoleonic Wars. It is of the type used by the prestigious regiment known as the Dragons d’Imperatrice de la Garde Imperial. “Very few complete helmets worn at Waterloo still exist,” Dodge noted. “Others we know of are held in museum collections in France.” The helmet is entered in the auction with a $75,000-$100,000 estimate. 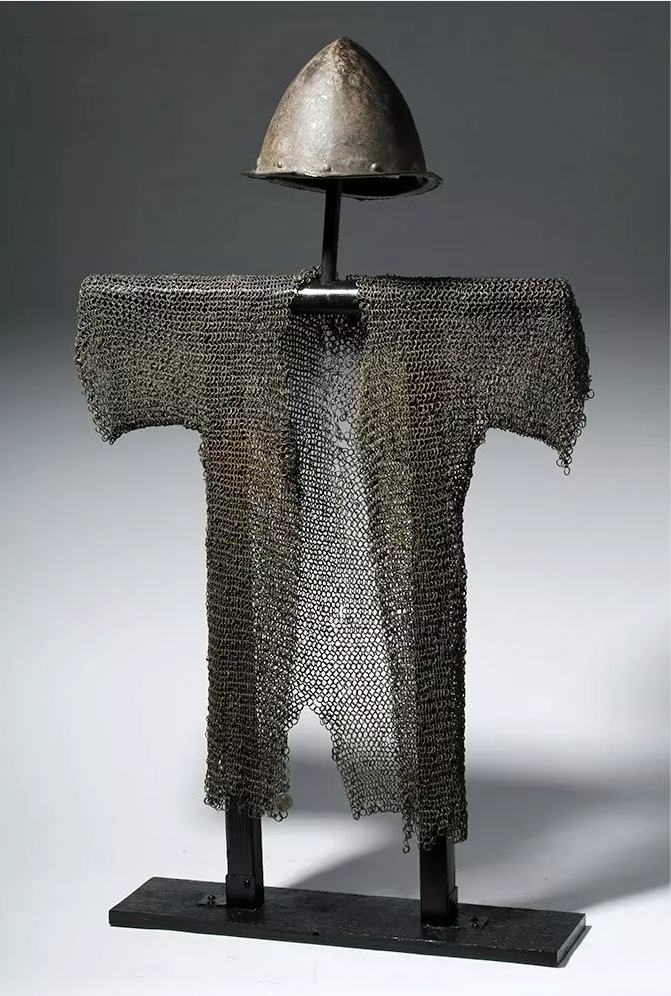 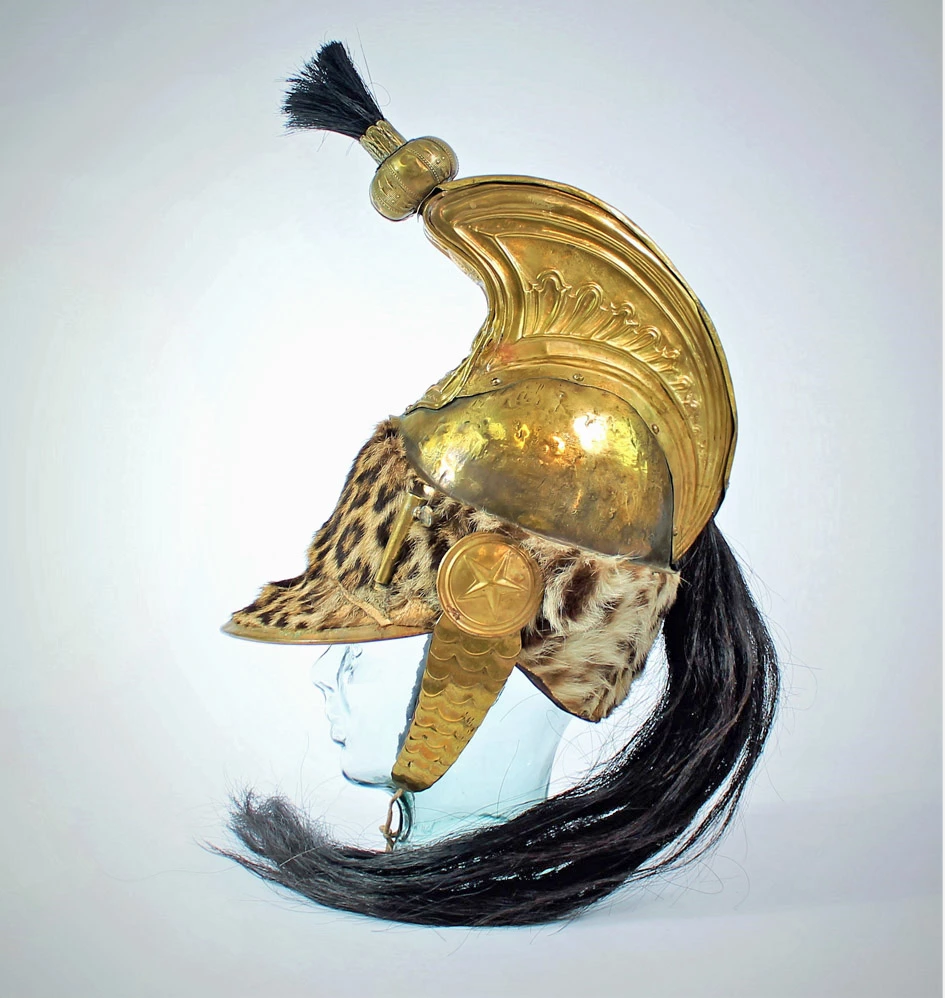 As is the case with all Artemis Gallery auctions, each and every item offered is unconditionally guaranteed to be authentic, as described, and legal to acquire per federal guidelines. A certificate of authenticity will accompany each purchase.

Legendary advertising collections up for grabs at Showtime auction Oct. 7-9