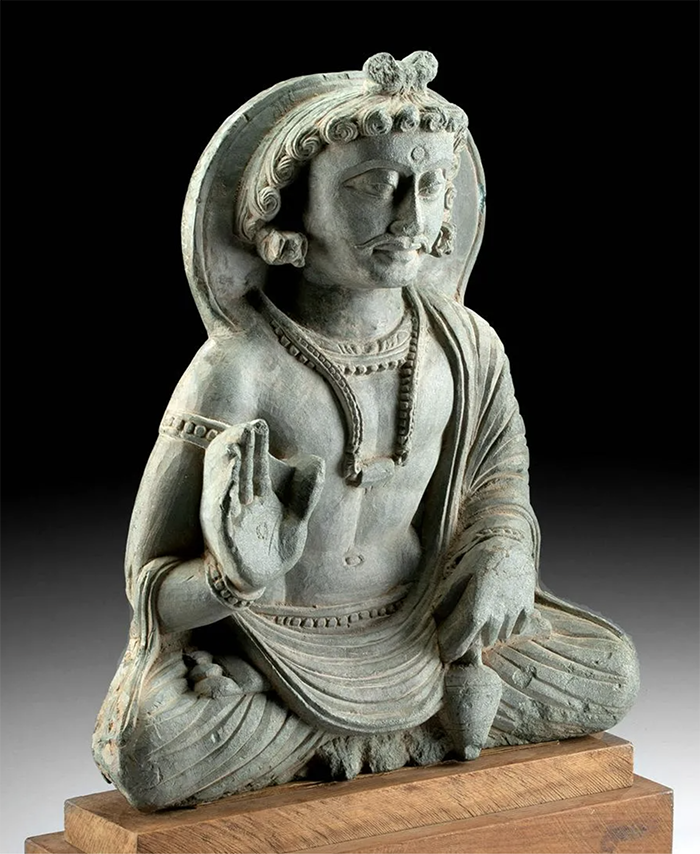 Ancient Egyptian art reflects the mystery of the dynasties who ruled the Nile region, including their spiritual beliefs and funereal practices. It is especially fascinating to collectors when an object sheds light on the early Egyptians’ way of life. A prime example is the low-relief carved and polychrome-painted limestone panel that opens the May 19 sale. Dating to the 11th to 13th Dynasty, circa 2130-1649 BCE, it depicts a male laborer or agricultural worker garbed in a shendyt kilt and carrying a pole over his shoulder. He is pictured as hairless, with distinctive features visible in profile.

“Relief artworks of this type often served to illustrate part of a greater story about a journey through, or encounter with deities, in the afterlife,” said Teresa Dodge, executive director of Artemis Gallery. The panel entered in the auction has been assigned an $18,000-$27,000 estimate. 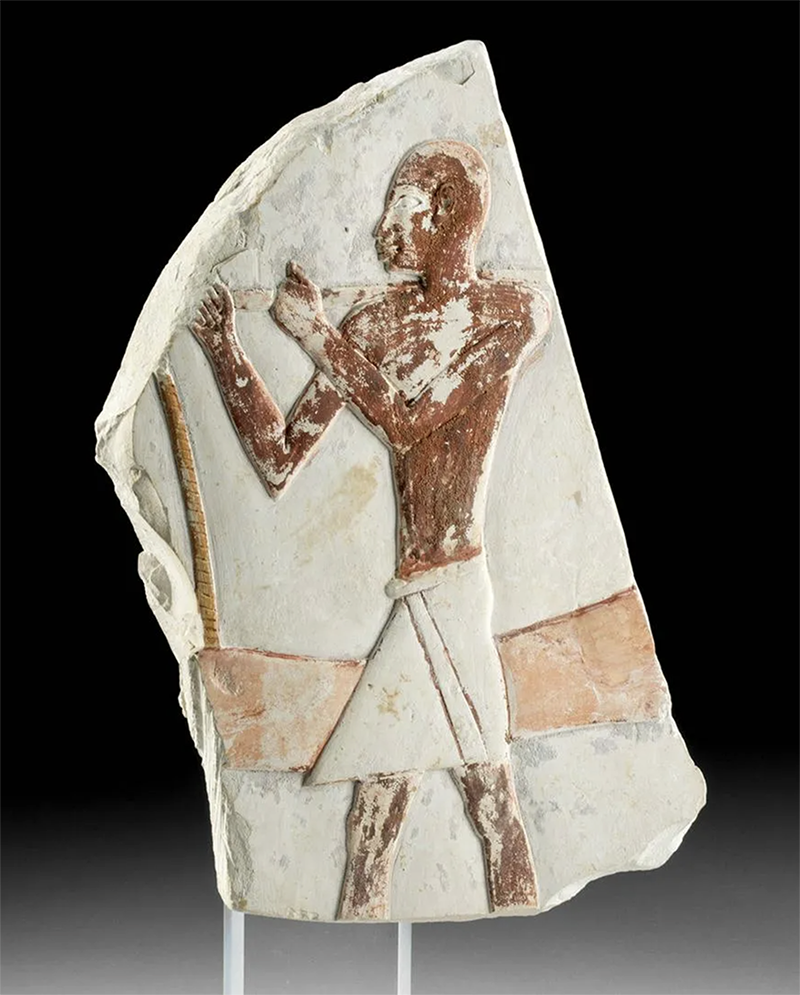 A lovely array of Ancient Greek art will cross the auction block, including bronzes and a variety of decorative pottery vessels. Dating to circa 520 BCE, a graceful Athens black-figure amphora stands 17.75 inches high, with distinctive imagery on both sides. Side A depicts Dionysos, god of wine and revelry, holding a drinking horn and flanked by a pair of dancing maenads. Side B presents a warrior scene with Athena and three other figures – two of them possibly prisoners of war. The auction estimate is $22,000-$33,000. 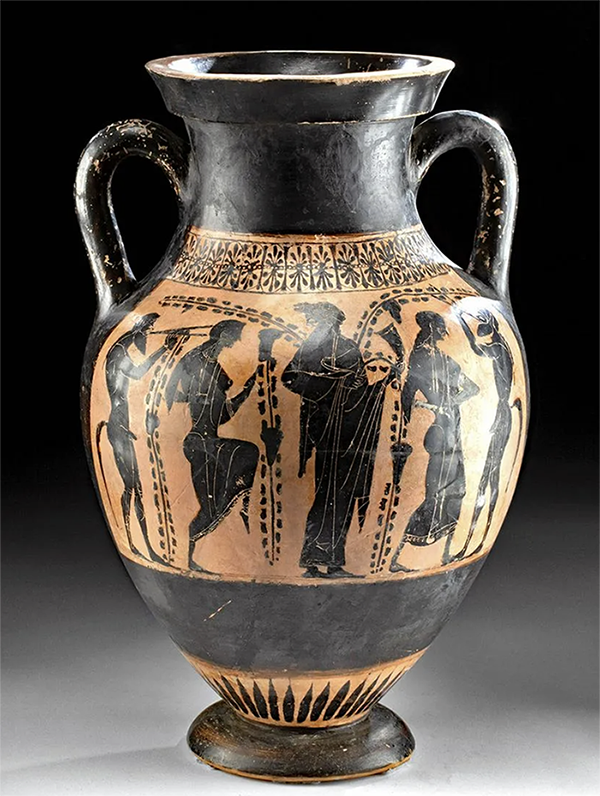 Ancient Greek black-figure amphora, Athens, circa 520 BCE. Scene on Side A depicts Dionysos, god of wine and revelry, holding a drinking horn and flanked by a pair of dancing maenads. Side B presents a warrior scene with Athena and three other figures. Size: 10.875in diameter, 17.75in high. Estimate $22,000-$33,000 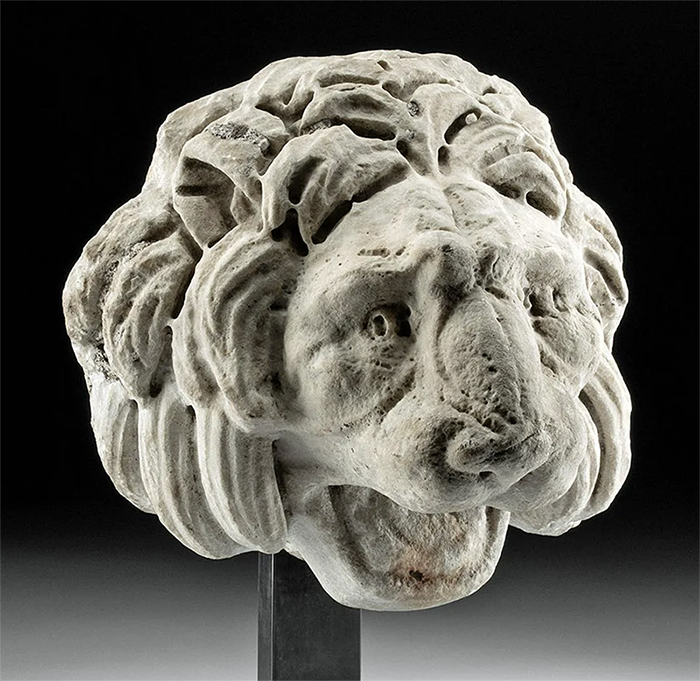 Large, expressive Roman marble spout in the form of a lion’s head, likely from an ancient fountain. Imperial Period, circa 3rd century CE. Size: 11.8in wide by 10.3in high; 14.8in high when measured with included custom stand. Estimate $7,000-$10,500

At around the same time Egypt’s New Kingdom was flourishing, so, too, was the Olmec (southern Mexico to Guatemala) culture on the opposite side of the Earth. Among the Olmec treasures to be auctioned is a rare and stunning light-green jadeite ceremonial pectoral or funerary mask dating from 1500-550 BCE. The artful relic is relief-carved with the image of rearing jaguars beside scrolling symbols, accentuated by core-drilled buttons. 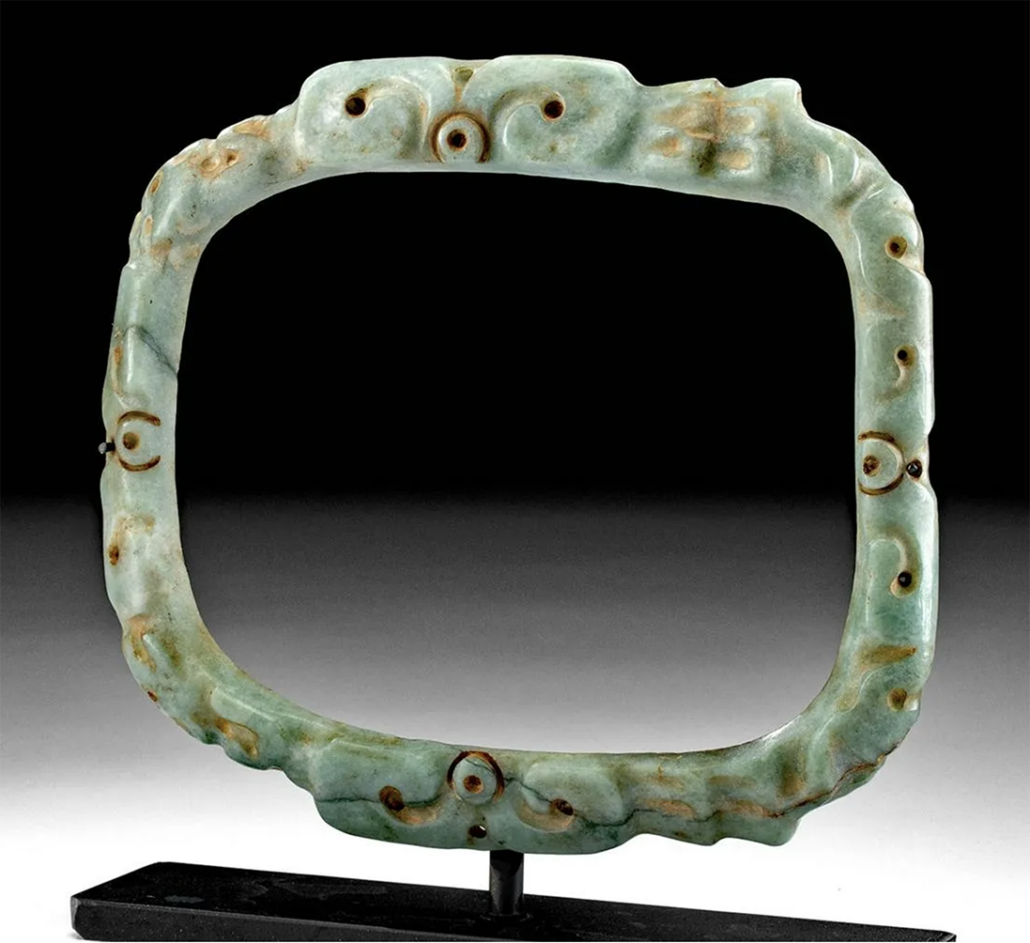 Rare and stunning Pre-Columbian (Southern Mexico to Guatemala) Olmec light-green jadeite ceremonial pectoral or funerary mask, circa 1500-550 BCE. Relief-carved rearing jaguars are shown beside scrolling symbols, which are accentuated by core drilled buttons. Likely created for a shaman, ruler, or other elite person. Size: 8in long, 6.75in high; 8in high when measured with included custom stand. Provenance includes examination and authentication in 1970 by Hasso Von Winning, PhD. Estimate $15,000-$20,000

“This wonderfully decorative piece almost certainly would have been made for an important personage – perhaps a ruler or shaman,” Dodge said. Its impressive line of provenance includes examination and authentication in 1970 by renowned Mesoamerican archaeologist Dr Hasso Von Winning. Estimate: $15,000-$20,000 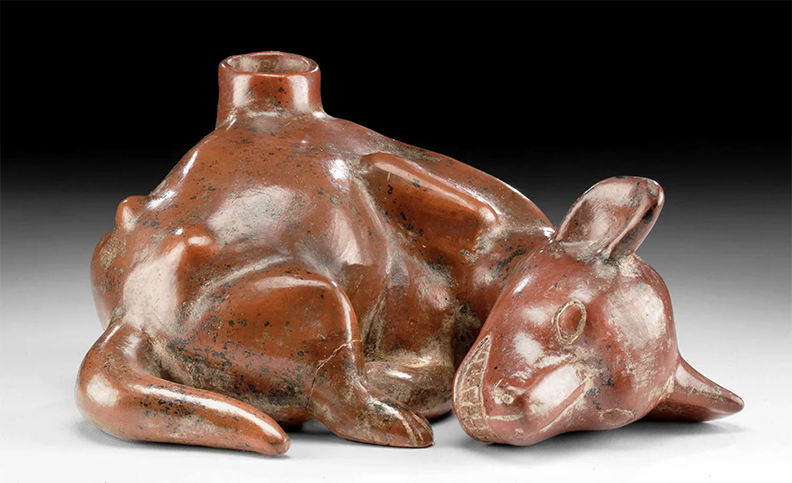 Unusual Pre-Columbian, Colima (West Mexico) redware pottery vessel with spout, circa 300 BCE to 300 CE crafted in the form of an emaciated dog with incised feet. Size: 10.25in long, 7.25in wide, 5.125in high. Provenance: Private collection whose contents were acquired by descent from family in Jalisco, Mexico, circa 1940s and imported into USA in 1970s. Estimate $3,600-$5,400

Many Pre-Columbian art collectors are charmed by the redware dogs of Colima, in western Mexico. The example entered in the May 19 sale is unusual in that it is crafted in the form of an emaciated dog with incised feet and a spout for pouring. The dog has resided for many decades in the same family, which acquired it by descent in the 1940s from relatives in Jalisco, Mexico. It was imported into the United States in the 1970s. This most unusual canine, made circa 300 BCE to 300 CE, comes to auction with a $3,600-$5,400 estimate.

Bidders may choose from dozens of lots containing exquisite Asian art, such as a 3rd century CE Gandharan Empire green schist sculpture of Bodhisattva Maitreya (The Earthly Buddha), shown at the the top of this page. The serene deity is shown in the lotus position, with masterfully carved folds to the lengthy robe, a stippled belt, and several pieces of “jewelry.” It is similar to examples held in the collections of The Victoria and Albert Museum, The British Museum, and The Metropolitan Museum of Art. Estimate: $22,000-$33,000 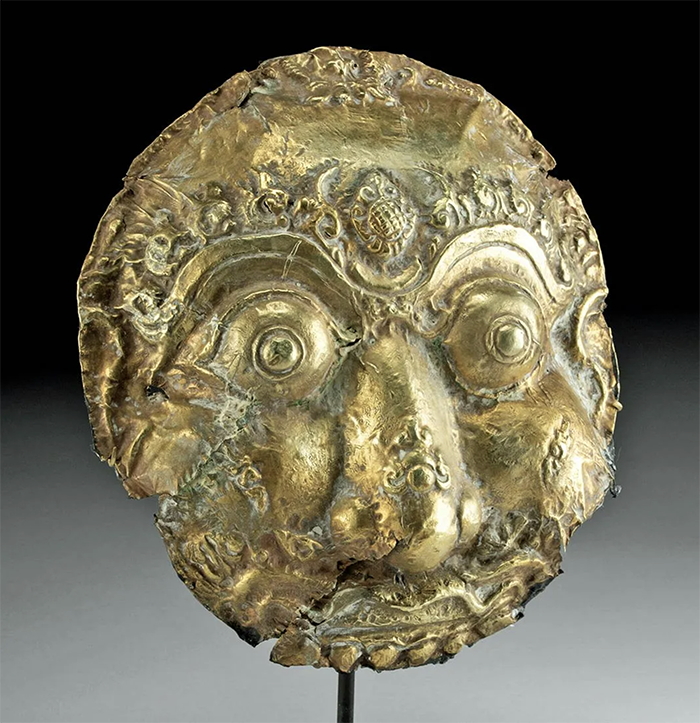 Rare and spectacular, an 8th-11th century CE Javanese gold leaf funerary mask with the face of Kala, Javanese god of death and the underworld, is clearly the work of an artist with a sophisticated eye. The compelling visage peers outward with bared teeth and enormous, bulging eyes beneath deeply furrowed brows. This cultural status symbol with a weight of 70.8 grams boasts 60.83%-67.04% gold quality. For purposes of reference, there are earlier examples of this type of mask at Yale University Art Gallery and the Museum of Fine Arts in Houston. Its auction estimate is $15,000-$22,500. 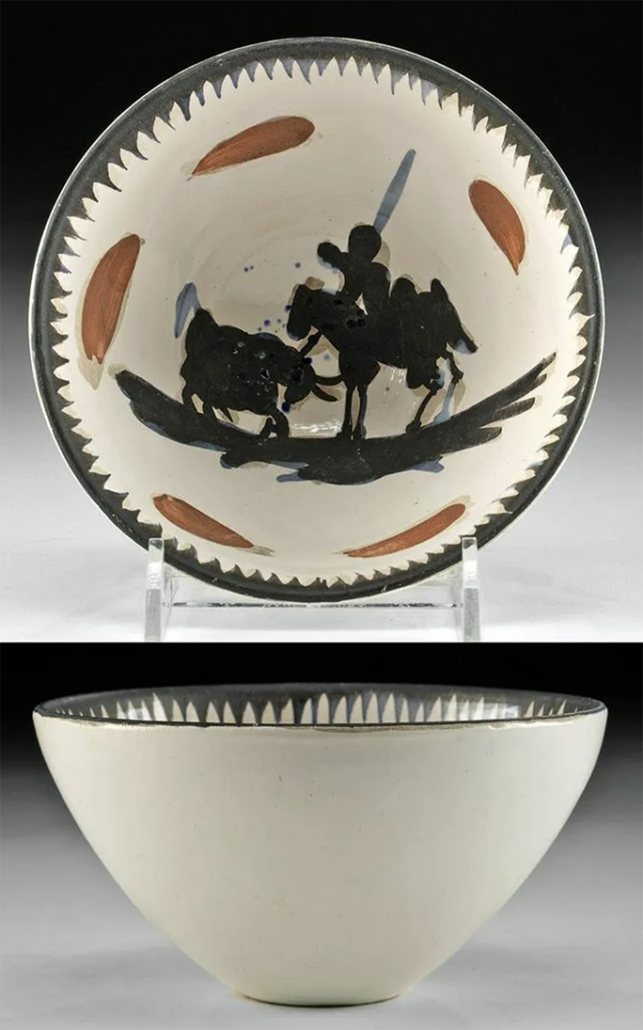 Artemis Gallery’s Fine Art team is excited to present the aforementioned Hollywood Hills collection featuring Pablo Picasso (Spanish, 1881-1973) pottery and Rookwood ceramics. Five Picasso designs created at the Madoura pottery studio in Vallauris, France, will be presented. They include a 1955 Picador plate, $2,500-$3,500; a framed 1956 Masque ceramic tile, $4,000-$6,000; and two glazed black-and-white vessels with images of a bull beneath a tree and a bird on a branch, respectively. 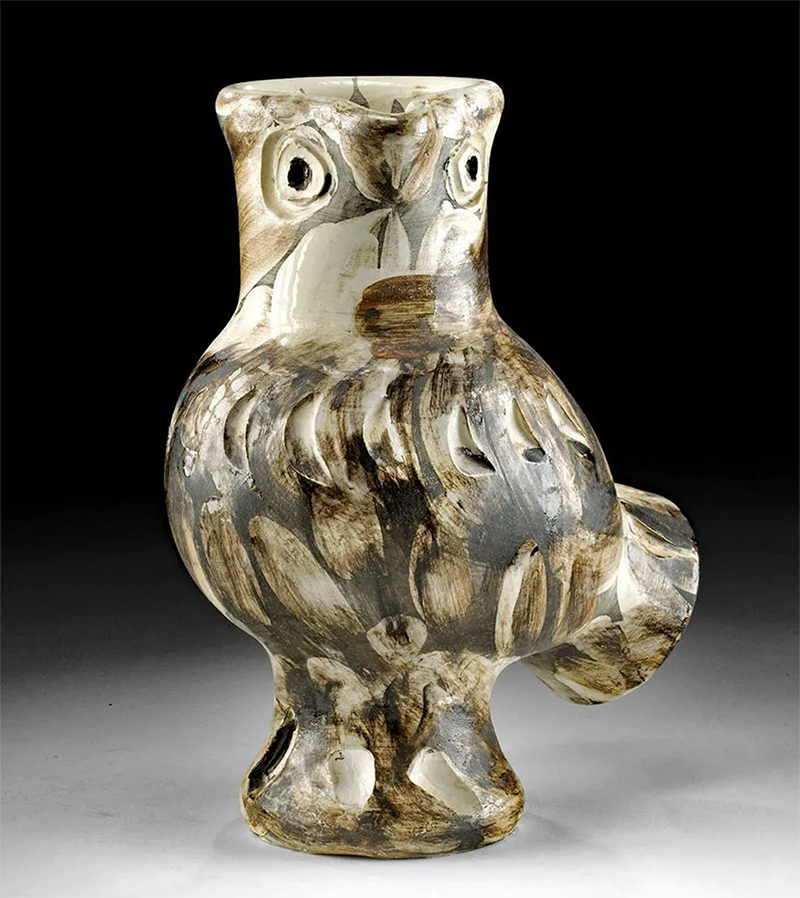 Attentively overseeing the group is a superb example of Picasso’s 1969 Chouette (Owl) vase, #135 from an edition of 250. Semi-glazed, its hand-paintwork replicates plumage, a beak and large, round eyes in a fixed gaze. The bird stands 11.2 inches high and is graded in near-choice to choice condition, with all of the requisite stamps and incised marks that identify genuine Picasso Madoura wares. A Picasso Chouette vase sold at Bonhams UK last December for the equivalent of US$17,316. Artemis Gallery has assigned the example in its sale a $12,000-$18,000 estimate. 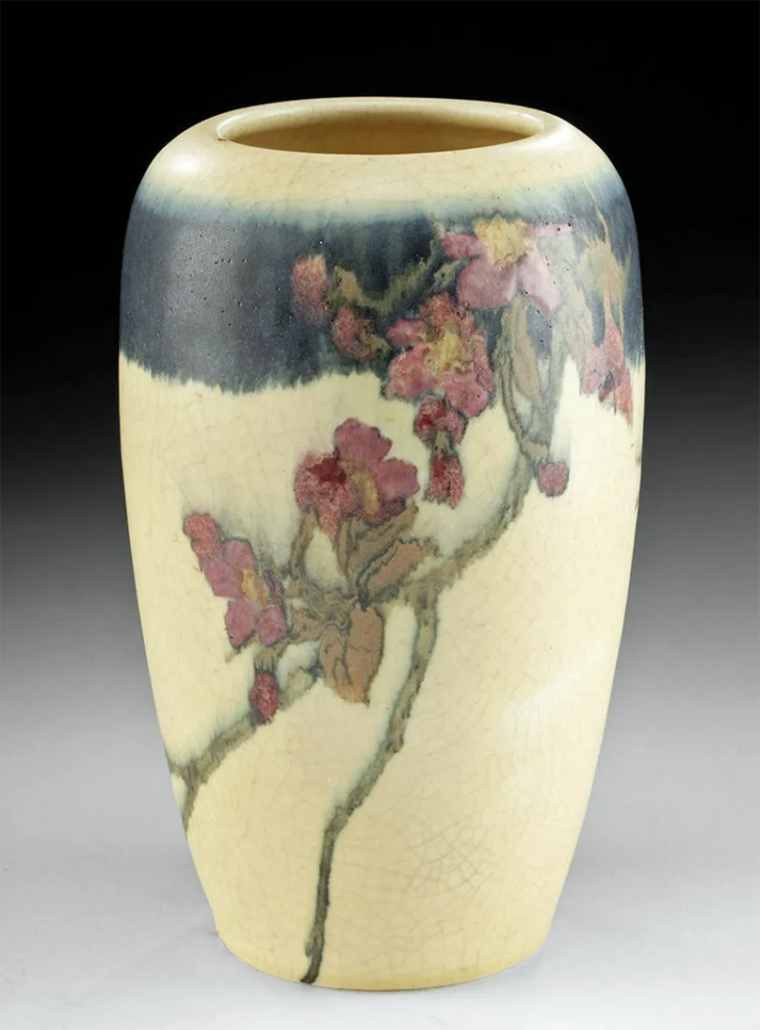 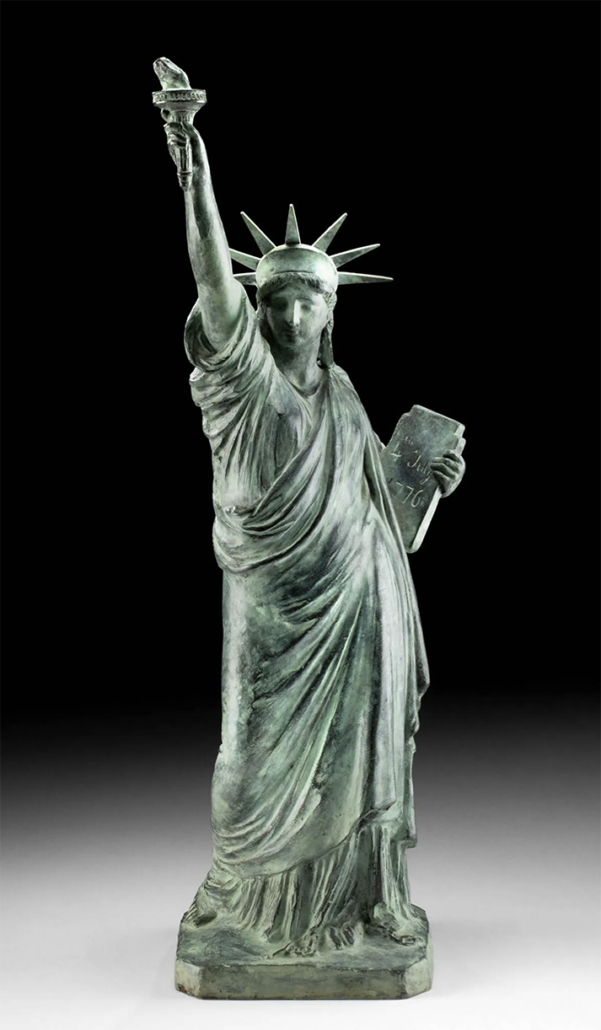 Artemis Gallery’s Antiquities, Ethnographica and Fine Art Auction will begin at 10 a.m. EDT on Sunday, May 19, 2022. All items come with Artemis Gallery’s guarantee that they are authentic and legal to purchase, own, and if desired, resell. An Artemis Gallery COA will accompany each piece. The company ships worldwide and has its own in-house white-glove packing and shipping department to ensure quality control. Absentee bidding is currently in progress. Detailed, authoritative descriptions and multiple photographic views of each auction lot may be viewed in the online catalog. For additional information about any item in the auction, call Teresa Dodge at 720-890-7700 or email teresa@artemisgallery.com. Bid absentee or live via the Internet through LiveAuctioneers. 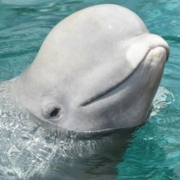 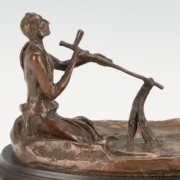 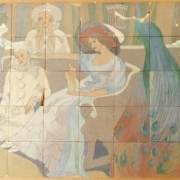 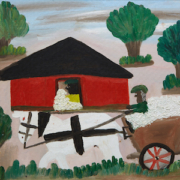 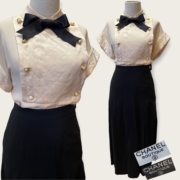 Stephenson’s to auction property from Park Avenue and Pennsylvania estates,...
Scroll to top