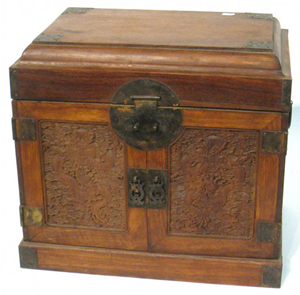 WEST CHESTER, Pa. – Nearly 500 lots of Chinese and Asian objects, many of them rare and highly collectible pieces drawn from prominent estates and collections, will be sold in an Internet-only auction to be held Saturday, Dec. 29, at 12:30 p.m. EST (9:30 a.m. Pacific) by Gordon S. Converse & Co., based in Strafford, Pa.

“This sale features a wide variety of items,” said Todd Converse of Gordon S. Converse & Co., “including stamps and currency, carved zitan furniture and brushpots, seals and scrolls, bronze and jade, porcelain and bamboo.” He added, “It is our largest auction ever, in terms of total number of lots – and it just may be one of our largest grossing auctions ever, too.”

Converse pointed to the rapidly burgeoning market for quality Chinese and Asian antiques as the reason for his optimism. “These last few years have seen an explosion in the demand for such objects,” he said. It’s coming not just from stateside collectors but from bidders overseas, including the Chinese. Their emerging wealthy class has discretionary cash to spend.”

Certain to attract attention is a set of four 18th or 19th century double-paneled fine antique Chinese Kesi-like silk embroidered examples, which were apparently part of a set (est. $1,250-$2,500). These feature finely detailed stitch work, depicting figurals of the Chinese culture of the time, all of the highest quality. “These rank among the best we’ve ever seen,” Converse said. Collectors of Chinese huanghuali pieces will not be disappointed. Offered will be a chest with very fine carving, 12 1/2 inches by 13 1/2 inches by 9 inches (est. $2,000-$4,000); and a lunch box boasting finely carved flying dragons, 10 inches by 14 inches (est. $500-$800). Also sold will be a fine Chinese silk and metallic palace rug, 70 inches by 90 inches (est. $2,000-$3,000).

Collectors of Chinese paper money will be able to bid on currency bills in multiple lots, with estimates ranging from $400 to $800. Chinese stamps will feature a group of 318 early stamps (Qing Dynasty to Republic) housed in an album (est. $400-$600); and a collection of People’s Republic of China stamps (quantity unknown) expected to hammer for $200-$300.

A pair of large Ming Dynasty cricket cages measuring 6 inches by 10 1/2 inches, with the lidded vessels having a pierced top and decorated in multicolors, with dragon tracing along the sides, should realize $800-$1,250. Also sold will be a Chinese famille rose teapot, decorated with a landscape view and showing the artist’s mark, diminutive at 5 3/4 inches tall (est. $500-$800).

A ruyi is a Chinese amulet in the form of a curved, lobed scepter, meant to bestow good wishes for the prosperity of the recipient. The 19th or 20th century zitan ruyi with jade in this sale is 14 1/2 inches long and should bring $300-$500. Also, a square Chinese famille verte brush pot, marked on the bottom and standing 5 inches tall, carries an estimate of $200-$400.

Internet live bidding is being facilitated by LiveAucioneers.com. Bidders can log on now, at https://www.liveauctioneers.com/catalog/35659.

Gordon S. Converse & Co. is always accepting quality consignments. To consign a single item, an estate or a collection call the company at 610-722-9004 or e-mail to either Todd@ConverseClocks.com or Gordon@ConverseClocks.com. 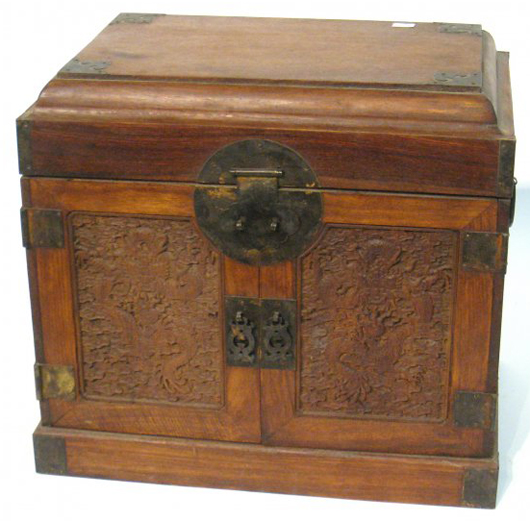 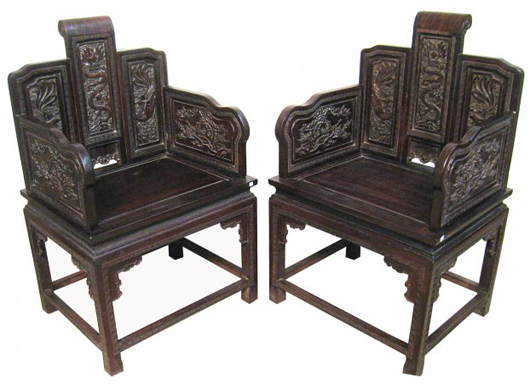 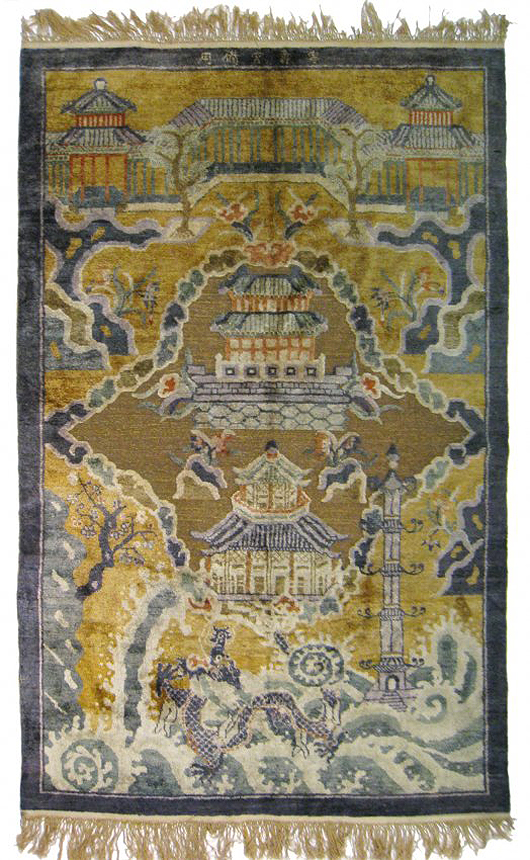 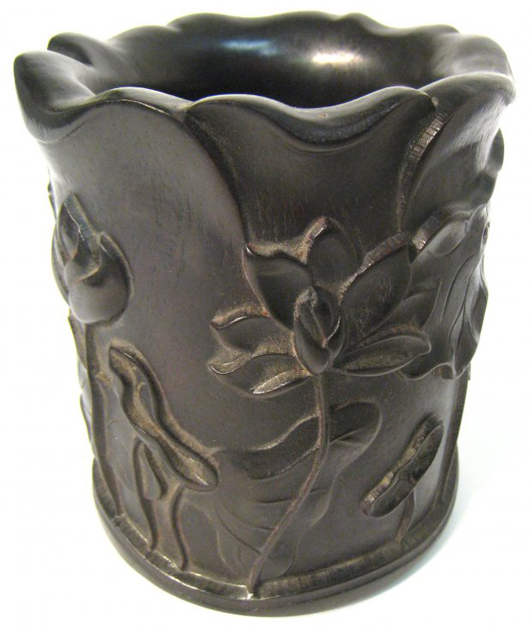 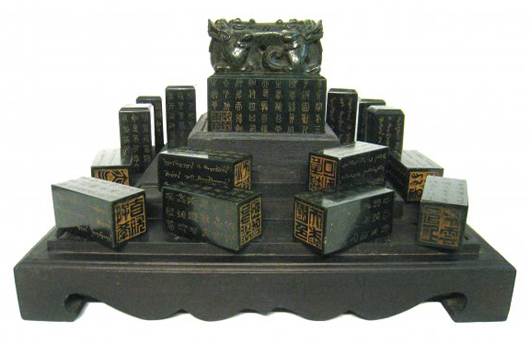 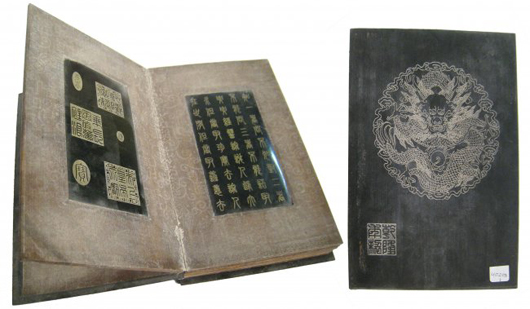 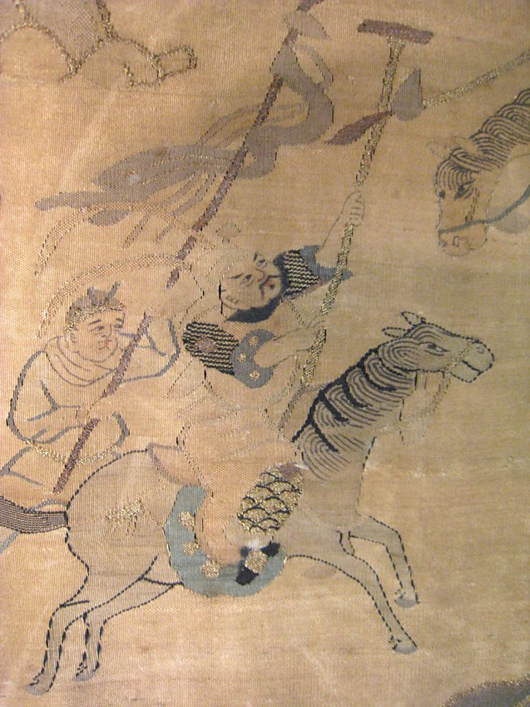