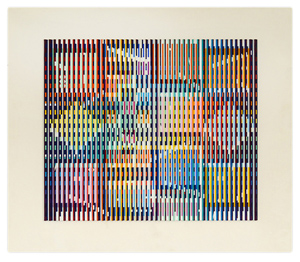 W. PALM BEACH, Fla. – Auction Gallery of the Palm Beaches Inc. will conduct an Important Summer Estates Auction of Fine Art and Antiques on Monday, June 23. The auction features the property of Jacqueline Goldman of Palm Beach and Paris, France. Goldman, who is a well-known local philanthropist, is downsizing her Palm Beach home. Goldman, along with her brother, Nicolas Landau, were the consignors of a one-owner auction at Sotheby’s in Paris in April 2013. The auction will have 300 lots of French antiques, fine art, Chinese porcelains, a collection of 17th-19th century silver beakers, jades, and Oriental antiques with additional consignments from South Florida and the Palm Beaches.

LiveAuctioneers.com will facilitate Internet live bidding. The auction will begin at 6 p.m. Eastern.

The auction is certainly an eclectic collection from a lady dignitary who was a world traveler and collected over a lifetime. The objects range from 17th century bronzes and Bibles to contemporary art from Yaacov Agam. Fine French furniture is featured with Lot 187; with a late 18th century carved and painted giltwood console desserte with provenance from Mallett, London and New York, with an estimate of $15,000-$20,000. Lots 24 to 26 are Renaissance period bronzes of draped figures, each no more than 7 inches, that are rare and unusual. Also, there are two early Bibles that have not seen the light of day in many years. Both Lot 232, a copy of a 1715 Bible by John Baskett, and Lot 233, an Imperial-size Bible by John Field dated 1660 are heavily illustrated with full-sheet engravings that are rare and desirable. They are estimated at $2,500-$3,000 and $5,000-$7,000 respectively.

In contrast to the antiques is Lot 238 an original acrylic on corrugated aluminum by Israeli artist Yaacov Agam. The work titled Paris Memory was painted by the artist over the years from 1969-1982 and reflects the variety and eclecticism in the collection. The works by Agam are well known for their abstract and kinetic qualities with optical illusions. The painting is estimated at $40,000-$60,000. Goldman and the artist are friends, and this work was specially created for the consignor. Agam has important public work projects all over the world and recently celebrated his 86th birthday.

Additionally, the auction will feature a fresh selection of American, European and Latin American fine art to include Lot 255 a watercolor by internationally known local artist Stephen Scott Young (b. 1958). The painting is a study portrait of a young black man, Quenton, a subject he has painted before. Young is considered as one of the premier watercolorists of our time. His sensitive and detailed brushwork is compared to be in the ranks with Homer and Whistler’s work. The watercolor is estimated at $10,000-$15,000. Lot 54 is a good American painting of cows watering titled The Pond, Morning by Henry Singlewood Bisbing (1849-1933). Bisbing was a student of master Belgian animal painter JHL de Haas (1832-1908) in Brussels, who called Bisbing a great animal painter. The painting is in estate found condition and will have an estimate of $3,000-$4,000. Additional art by Edmund Adler, Victor Henry Lesur, Ernest Lawson, Rufino Tamayo, Alexander Calder, Ruth Schloss and Angelo Asti will be offered.

At last month’s auction held on May 12 and 13, a fine quality white type-A jade mountain, 4 inches high, with provenance from Spink & Co., London, soared past its estimate of $15,000-$18,000 to sell to an internet bidder for $145,000. In contrast, Lot 261 is a monumental work in green jade of nine realistic dragons chasing the flaming pearl above the clouds. While the piece is certainly contemporary and not the fine type-A jade serious collectors are attracted to, this piece is carved from one solid piece and is certainly a showstopper. This is the largest piece of jade ever offered for sale by the gallery and has an estimate of $30,000-$40,000.

Auction Gallery of the Palm Beaches Inc. is celebrating their 11th year in business with this sale and has gained an outstanding reputation for offering good and fine estate art and antique property at auction. The gallery’s first auction was held on LiveAuctioneers in June 2003 and at the end of last year the gallery passed their 100th auction on-line.

Commenting on the auction business, gallery president Brian Kogan stated, “The on-line auction business has revolutionized the bidder participation at auction and with this unprecedented technology has been unprecedented returns for the consignors and the gallery. The auctions are now seen with live audio/video feed for the bidders console, so they feel the action in the room, and this is has been a real boon for bidding.” 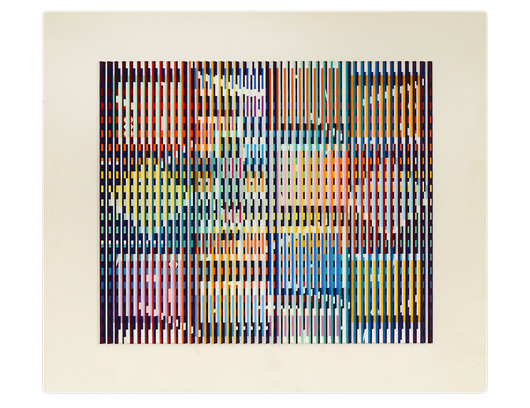 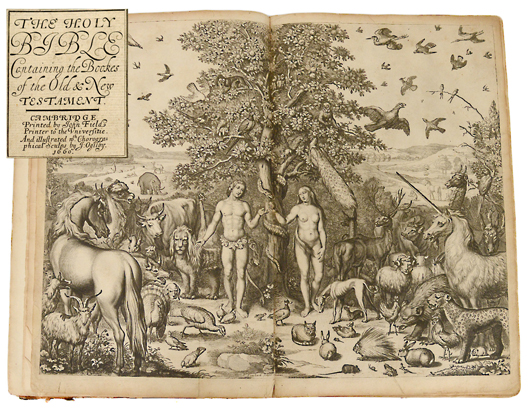 Rare and early copy of ‘The Holy Bible’ containing the books of the Old and New Testament, Cambridge, printed by John Field, Printer to the Universitie, 1660, with full-sheet engravings by P. Lombart and W. Hollar, 17 inches x 11 inches. Auction Gallery of the Palm Beaches Inc. image. 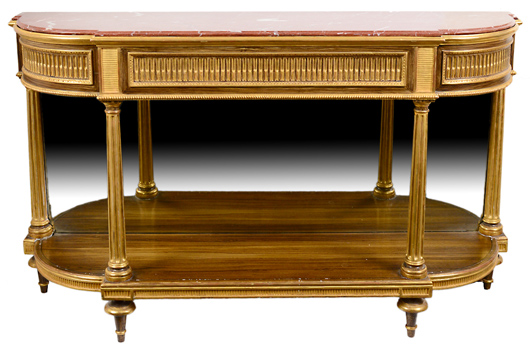 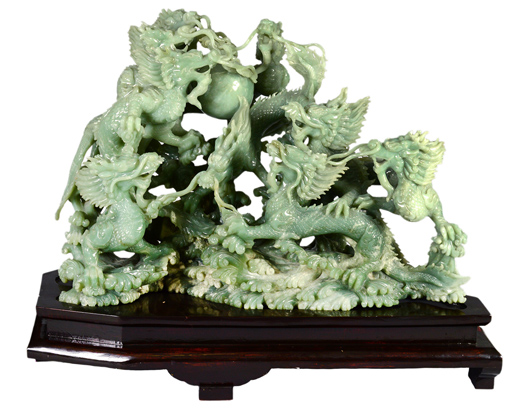 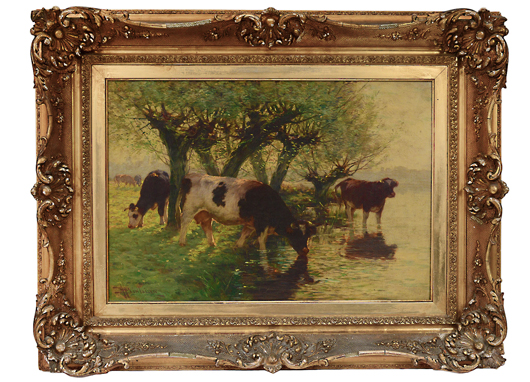 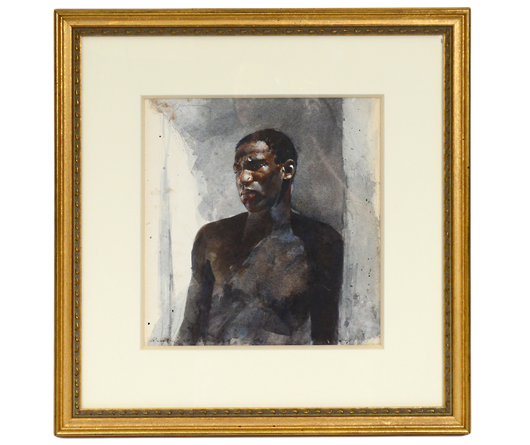 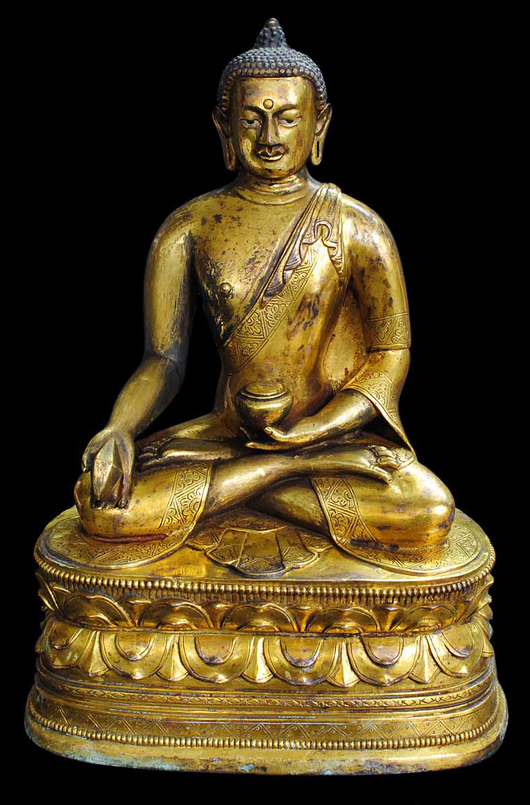 Gilt bronze figure of Sakyamuni Buddha, Mongolian, seated in dhyanasana, holding a vessel in each hand, hair tightly curled and seated on a double lotus base, 10 5/8 inches. Auction Gallery of the Palm Beaches Inc. image.

Dior to return as lead sponsor of Guggenheim Int’l Gala