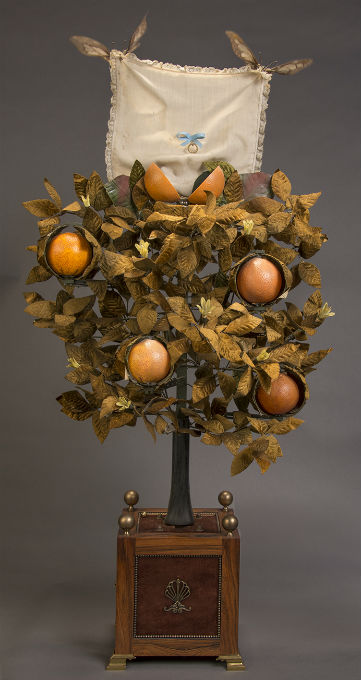 AZUSA, Calif. – On Sept. 16-17 Auction Results, in conjunction with Owen Magic Supreme, will auction the exquisite magic collection of William H. McIlhany (1951-2017). Absentee and Internet bidding is available through LiveAuctioneers.

Bill McIlhany was the consummate collector of all things magical and was considered one of the most knowledgeable magic collectors in the world. His mind-boggling collection ranged from rare pieces of early 19th- and 20th-century masters to spectacular quality modern-day apparatus.

One of the prized items is the Saturday session is The Fantastic Orange Tree (above), an automaton by John Gaughan and based on French magician Jean-Eugène Robert-Houdin’s (1805-1871) lovely effect first shown around 1845. A ring is borrowed and made to disappear from within a handkerchief. The audience’s attention is then focused on a lovely potted bush. From the bush, white orange blossoms start to develop and then oranges slowly grow into view. These oranges, which are real, can be passed out into the audience. Finally, as the last orange appears, it automatically opens, and from it two mechanical butterflies flutter above the tree carrying the vanished handkerchief, and miraculously tied to the handkerchief is the missing ring. This is an incredible clockwork mechanical recreation, using Brazilian rosewood and antique Belgian velvet.

Also having a connection to Robert-Houdin is an antique mystery clock (below). His name is painted on one of the glass dials the forms the face. The parts appear correct for the time period in which Robert-Houdin was making these clocks, which were widely copied. The clock keeps time and chimes but is in need of adjustment. 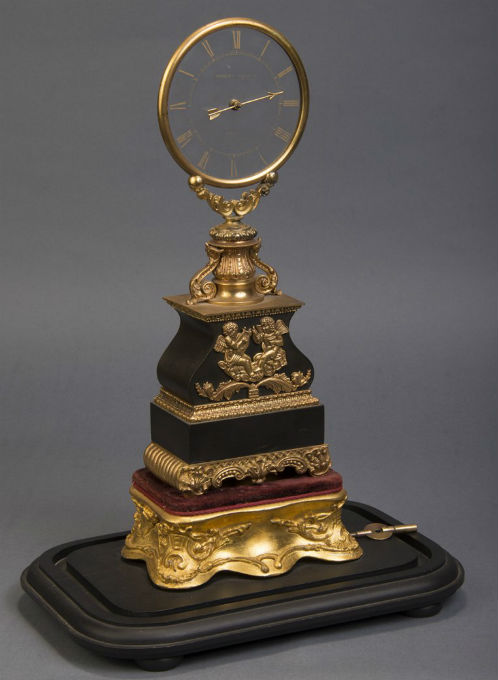 The Crystal Ladder, or Coin Ladder, made by Martinka, magically produces coins that cascade down its glass shelves in a dizzying display. Robert Heller (1826-1878) probably invented the unique device which carries an $8,000-$10,000 estimate.

Selling on Day 2 is a Turkish magician automaton that manipulates a yellow and red cubes and cards, making them disappear and switch from side to side under the cups. A lovely music box melody plays as an accompaniment. The automaton is believed to be from Jean Farkas (1917-2014). With his wife, Anne, who was a seamstress and created the costumes, the couple created and repaired automata. In 1974 they moved from Paris to Brittnay, where they opened a workshop museum called “Reflections of the Past.” The museum relocated to Baden in 2006. 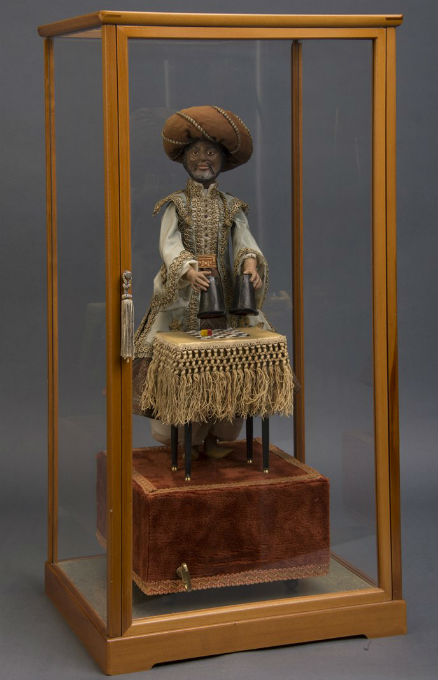 Another trick attracting attention is a fine reproduction of the German antique trick called Card in Mirror. The magician has a spectator freely select any of 32 cards from a standard German deck of playing cards. The performer can then magically produce the selected card in the glass of the mirror that sits atop a beautiful mahogany stand. It will sell on the second day of the sale. 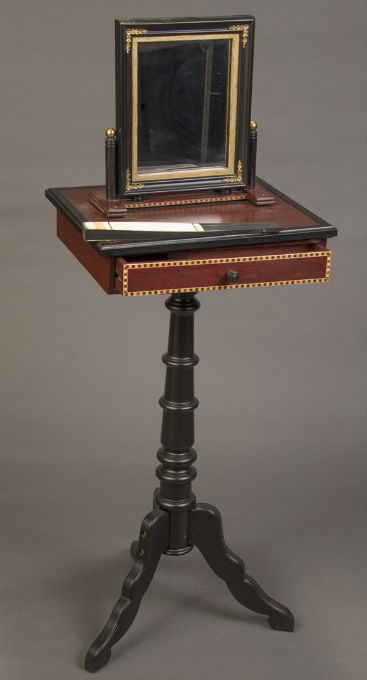 Card in mirror trick by Rudiger Deutsch, a reproduction based on the ingenious German antique trick. Estimate: $2,000-$3,000. Auction Results image