AUSTIN, Texas – Indian, Islamic and Asian arts from the 15th to the 19th century dominate Austin Auction Gallery’s Spring Estates Auction on April 2 and 3, commencing at 1 p.m. both days. Live Internet bidding will be provided through LiveAuctioneers.

Sunday’s offerings are comprised of over 300 lots of Indian, Islamic and Asian antiquities of the finest quality from private collections, including that of an esteemed retired Texas professor who traveled the world collecting pieces reflecting his remarkable taste.

A selection of 18th- and 19th-century Mughal hilts in jade, ivory and silver precede the high point of the auction, a stunning 19th-century enameled gold and steel hilt encrusted with diamonds and rubies, which is expected to fetch $25,000-$30,000. Other enameled items include a diminutive Mughal box of 22K gold with exceptional enamel work, the top encrusted with diamonds set in kundan work; a rare 18th-century Mughal enameled silver box in the form of a peacock; and a Mughal gold gem set and enameled pendant (estimate: $4,000-$6,000).

A selection of Indo-Portuguese antiquities includes a rock crystal figure, Ceylon, 17th century, modeled as the Christ Child with gold fittings. Bidding on this piece opens at $15,000. An unusual group of Indo-Portuguese mother-of-pearl pieces include a Kendi flask, a large cask with figural lizard-form lock plate and an early 17th-century Gujarat Indo-Portuguese bowl with silver pins (estimate: $12,000-$18,000). A selection of Islamic vessels in bronze and brass from the 16th-18th centuries will also be offered with estimates from $200 to $1,500.

Asian ivory and jade are plentiful in Sunday’s sale. Standout lots include an immense intricately carved Chinese ivory flower basket on stand measuring 33 inches high by 40 inches wide (estimate: $3,000-$5,000) and a monumental Chinese carved ivory pagoda standing tall at 57 inches high. Other lots of note include a pale celadon jade brush washer in the form of a peach, which will open at $250. A large jade screen held by a pierced wood frame is expected to bring $4,000-$6,000 and a pair of 19th-century Chinese life-size cloisonné horses from a private estate has a $12,000-$15,000 estimare.

Austin Auction Gallery associate Chris Featherston said, “We are extremely pleased and honored to offer the collections included in this auction.”

Preview for both days auctions is available Thursday, March 31, and Friday, April 1, from noon to 5 p.m. each day or by appointment. 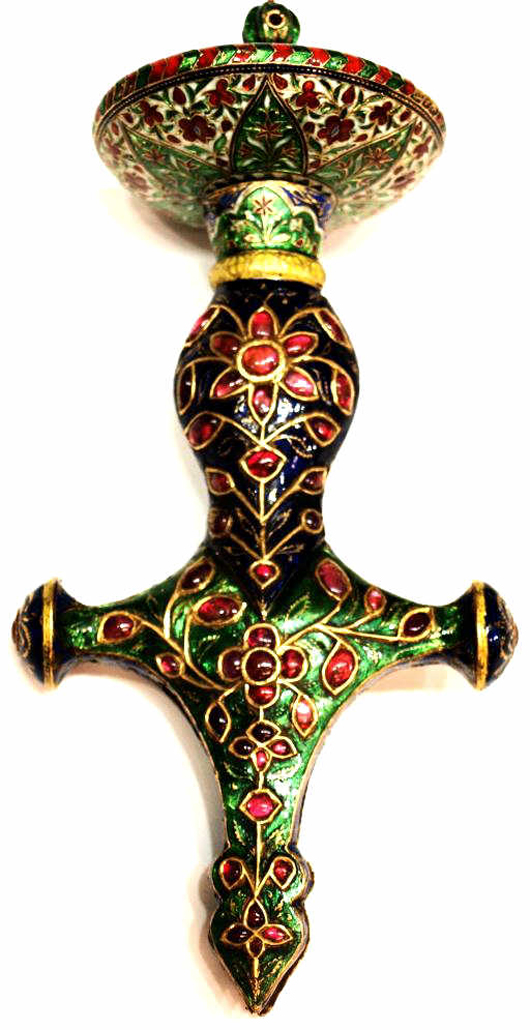 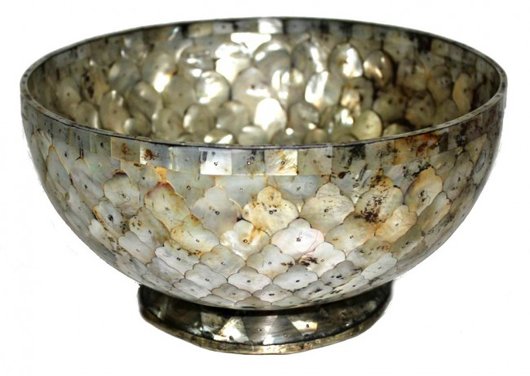 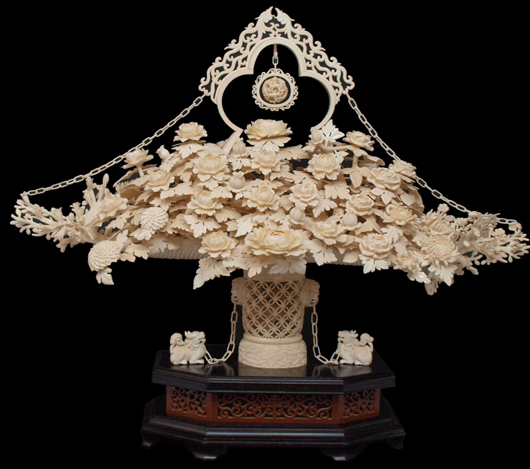 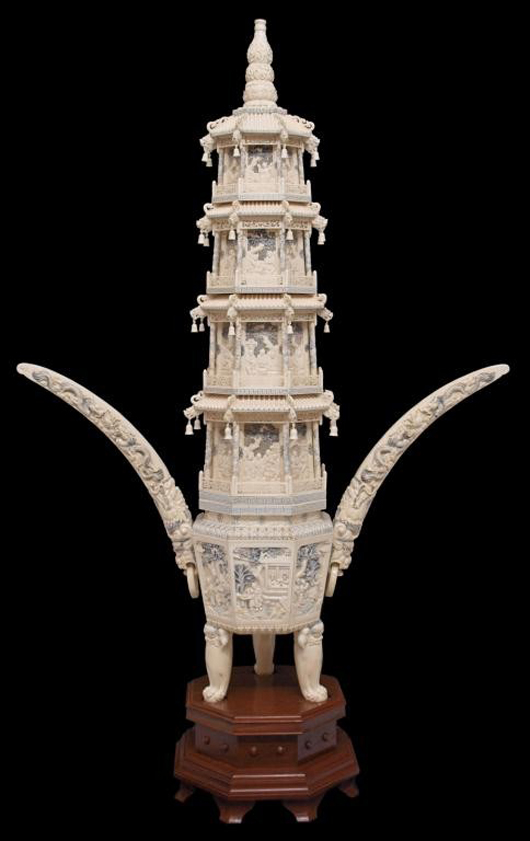