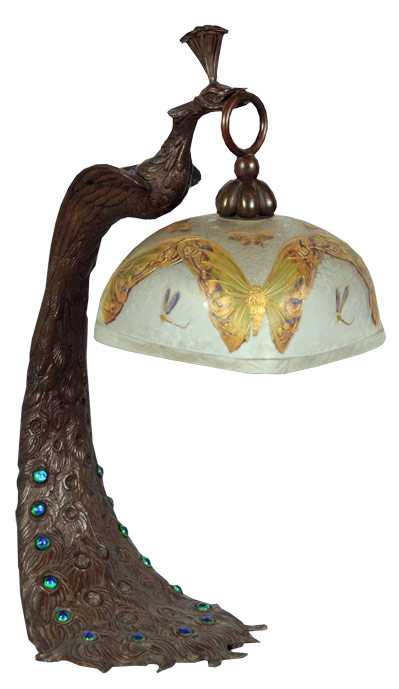 DENVER, Pa. – Morphy Auctions’ remedy for chilly weather is a Dec. 11-13 Winter Sale of 2,900 lots of antique toys, banks, trains and antique advertising, enhanced by the warmth of superior-quality Austrian art-glass lamps and the cheerful colors of vintage Bakelite.

“With each successive auction we’ve expanded into new categories of fine and decorative art,” said Morphy’s chief operating officer, Dan Morphy. “In this sale, we’re offering collections of rare Austrian bronze art-glass lamps and extremely fine Bakelite novelty jewelry. Both are from the same consignor, who has a remarkable eye for quality and artistic design.”

More than 20 Austrian art-glass lamps from the single-owner collection will be auctioned, including a superb figural Peacock lamp whose draped bronze base dramatically replicates a peacock’s showy tail feathers with inset jewels. Adding to its magnificence is a Mont Joye enameled-glass shade with quintessential Art Nouveau butterfly-and-dragonfly motif. Estimated at $6,000-$8,000, the 18-inch stunner is in excellent working order, as are all of the lamps from this collection.

The lamps’ consignor spent 30 years pursuing the Art Nouveau rarities, which are seldom seen on the open market. “These lamps have always flown under the radar,” the consignor said. “Not too many people know what they are. They’re very unusual and of incredible quality. From a design standpoint, they were ahead of their time, and are now rarer than Tiffany lamps – that’s something that attracted me to them.”

Other lamps singled out for special attention include a circa-1915 bronze alligator with jewels inset on its back (estimate $5,500-$6,500), a circa-1915 bronze Frog and Toadstool lamp ($2,000-$2,500), and a second peacock-theme bronze lamp with variegated green marble base and reticulated shade with inset peacock-feather motif.

From the same consignor comes a collection of more than 150 rare and exquisite Bakelite bracelets, necklaces and brooches. A googly-eyed jack-o’-lantern scarecrow brooch with pumpkin head and painted-wood body trimmed with original “ragged” hemp hands and feet, is described by the owner as “my best piece of Bakelite.” Known to collectors as the “Pumpkin Man,” it is expected to fetch $5,000-$7,000.

Two Bakelite designs by Martha Sleeper are expected to finish near the top of their category. Both a necklace replicating cigarettes, and a necklace of both “cigarettes” and “matchsticks” carry a presale estimate of $1,500-$2,000. Other eye-catchers in the beautifully varied collection include a black and cream “bow tie” bracelet ($2,500-$3,000), and a multicolored “bow tie” bracelet ($750-$1,000).

Bakelite jewelry is far from unappreciated, but few may realize how small the production runs were. “This type of jewelry would be made in a short series for high-end department stores like Saks Fifth Avenue or Bonwit Teller,” the consignor said. “A piece might have cost $5 to $7, which was a lot of money in the mid 1930s. If the jewelry sold, the store would order more. If it didn’t sell, you never saw it again. It really is American folk art, because no two pieces are exactly alike. From 15 feet away, five pins of the same style might have looked identical, but up close, they were very different and reflected the artistry of the person who might have been working on them on any given day.”

In other categories, more than 400 lots of antique advertising and general store items will be offered in the sale. A top lot is an oval Yuengling Brewery reverse-on-glass sign promoting porter and ale, estimated at $5,000-$7,500. Tobacco pocket tins include a crossover favorite: the Taxi Crimp Cut tin, which could fetch $3,500-$5,000.

The Winter event includes 150 mechanical banks, with a J. & E. Stevens Horse Race bank estimated at $25,000-$35,000. An array of still banks, and more than 100 pieces of figural cast iron – primarily desirable examples of figural doorstops – also will be offered.

More than 100 German tin wind-up toys will be available, including limos and other autos, 15 penny toys, a large Bing ocean liner with original box, a circa-1930 boxed Marx “Red the Ice Man” ($2,000-$4,000), and a fine early Doll et Cie. Ferris wheel ($1,500-$2,500). Among the 100+ tin character toys are many coveted examples of Disney and Popeye animated stars, including a Linemar Juggling Popeye & Olive Oyl tin wind-up estimated at $2,000-$3,000. Morphy’s will also sell 300 graded Star Wars action figures on their original cards, and a colorful selection of antique and vintage marbles.

More than 200 lots of cast-iron automotive toys will be sold, as well. A pristine Say It With Flowers motorcycle van comes with its original box and provenance from the Perelman Museum. Morphy Auctions’ general manager, Tom Sage Jr., described the motorcycle as “the nicest, cleanest cast-iron toy I have ever seen – it’s dead mint.” Estimate: $30,000-$50,000.

A division of Geppi’s Entertainment Auctions & Publications, Morphy Auctions will hold its Winter 2008 sale Dec. 11-13 at the Adamstown Antique Gallery, 2000 N. Reading Rd., Denver, Pa. (on the Adamstown antique strip). All forms of bidding will be available, including live via the Internet through LiveAuctioneers.com. For additional information, call 717-335-3435 or email morphy@morphyauctions.com. 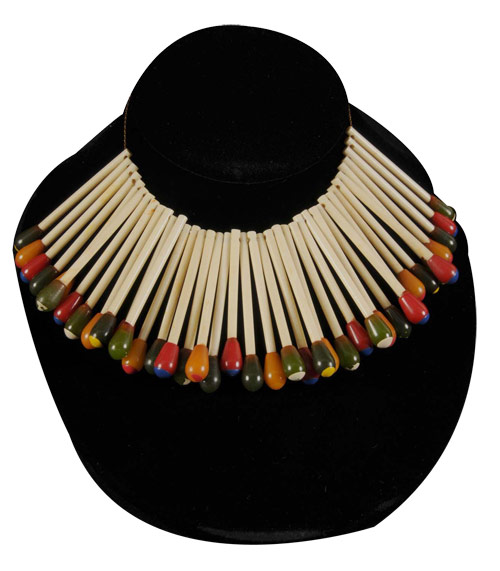 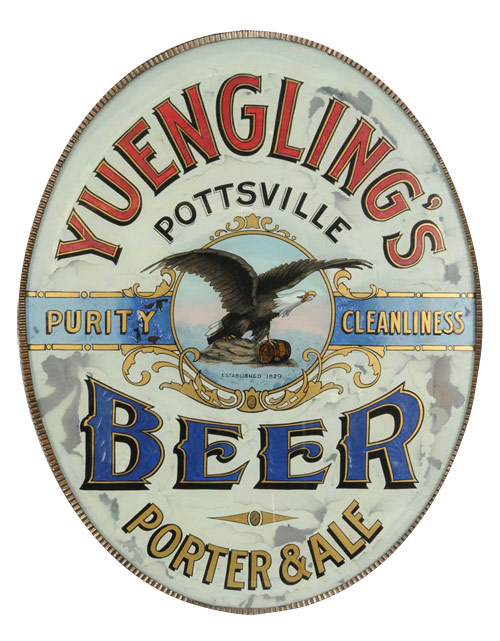 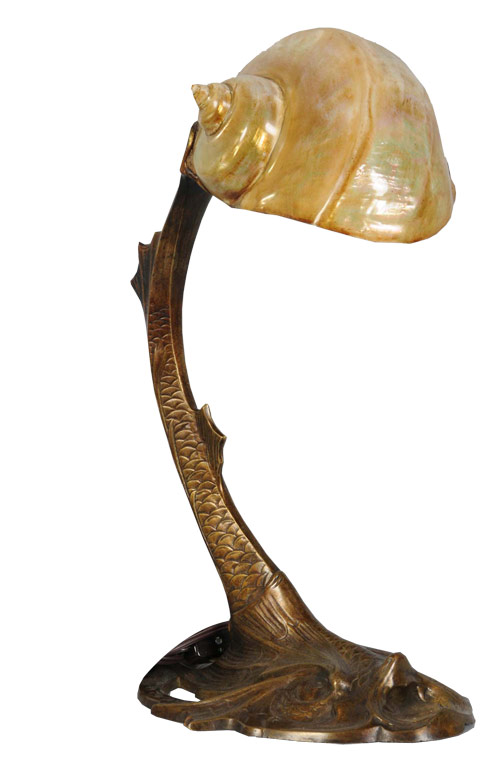 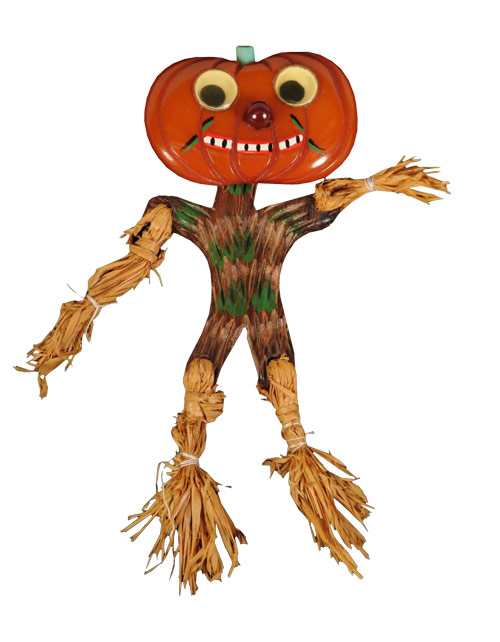 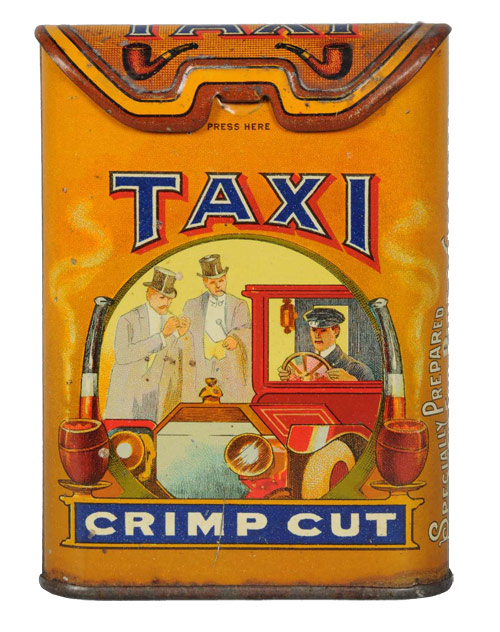 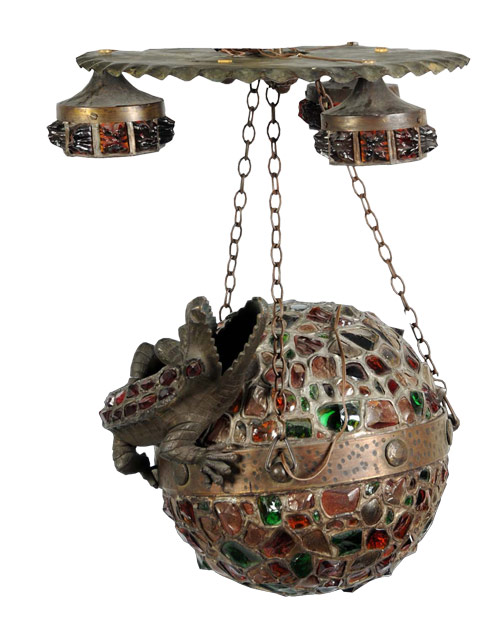 Circa-1915 Austrian bronze lamp with inset jewels on the alligator base. Estimate $5,500-$6,500. Image courtesy Morphy Auctions. 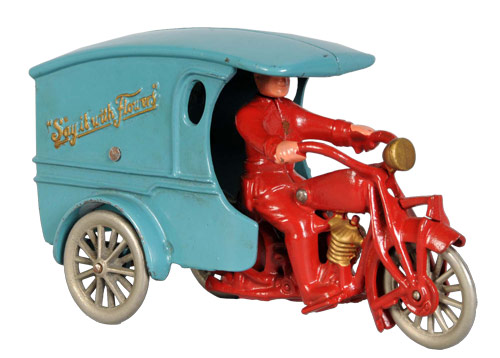