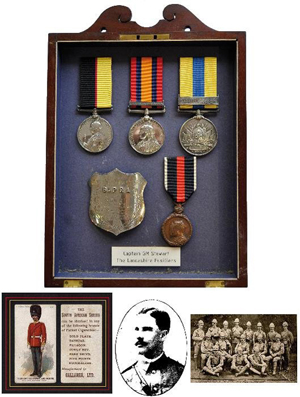 LONDON – On Nov. 6, Baldwin’s and Dreweatts will conduct the second of their biannual military sales, comprising 320 lots of medals, militaria and military ephemera. The sale will be held at Dreweatts London saleroom in Mayfair and contains a plethora of historically important material for collectors.

Among a fine selection of medals sits lot 18, an Afghan and Indian Campaigns Group of four awarded to Maj. Gen. Henry Pelham Burn. The major general served at the siege of Jellallabad, in the Afghan Campaign of 1840-2, and also during the Mutiny of 1857-8, where he was present at the siege of Delhi and was granted the position of military governor upon its fall. Burn personally interrogated the great Mughal court poet Mirza Azadullah Khan Ghalib, but aware of his fame and importance, he provided him safe passage to his home, helping to ensure the survival of his own correspondence and writings from that time.

This group is made exceptionally special by the addition of an India General Service Medal, 1854-95, single clasp medal, Burma 1885-7, awarded to his eldest son, Capt. Henry Pelham Burn. He served in Burma between 1885-7 and was awarded the India General Service Medal with clasp, his only entitlement. As mentioned in Alumni Catabrigensis, while on leave from the army he rode with only a single native guide from the Persian Gulf to the Mediterranean, passing through several areas previously unexplored by Westerners. This fascinating lot is estimated to sell for £4,000- £6,000.

Another India lot forms the highlight of the militaria section. Lot 248 is a fine Edwardian secretaire cabinet by Waring & Gillow of London, with royal significance. A brass plaque affixed to the drawer is inscribed “H.M.S. Medina used on state visit of the King & Queen to India 1911-12 Warings” (Waring & Gillows) London.

The RMS Medina was the last of 10 ships ordered by the Peninsular and Oriental Steam Navigation Co. of the ‘M’ class. She was initially commissioned into the Royal Navy as the Royal Yacht, and her crew were mainly naval personnel. During building it was decided that Medina would take King George V and Queen Mary to India for the Delhi Durbar, leaving Portsmouth in November 1911, and returning in February 1912. Medina was provided with an extra mast, necessary to maintain Royal flag etiquette and furnished with a white hull with bands of royal blue and gold and buff funnels.

She was then delivered to P&O in June 1912 where she had only two years of peacetime service before the Great War broke out, but remained with P&O during the war. The Medina was torpedoed and sunk by SM UB-31 off Start Point, Devon on April 28, 1917. Today the wreck is upright with a 15-degree list to port, and is reasonably intact. This historically fascinating piece is estimated to sell for £5,000-£7,000.

Rounding off the sale is a small collection of watercolors, books and ephemera from the collection of the military historian Lionel Leventhal. Focusing principally on the Napoleonic and Second World Wars they include an important and rare Wyld atlas covering the battles of the Peninsular War; works by the artist Geoff Hunt; original German maps and plans issued as part of Operation Sea Lion; and a number of posters, leaflets and broadsides relating to the Blitz, British home front preparedness and the German occupation of the Channel Islands. 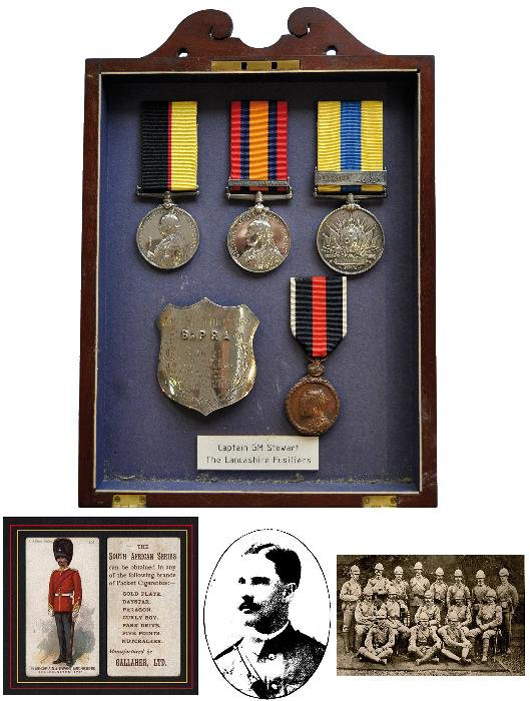 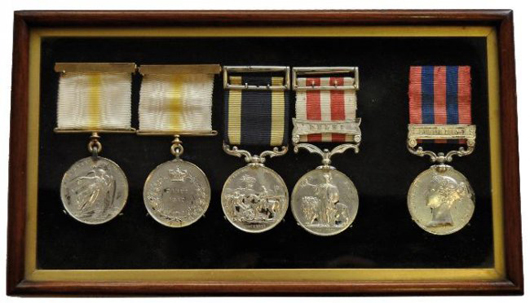 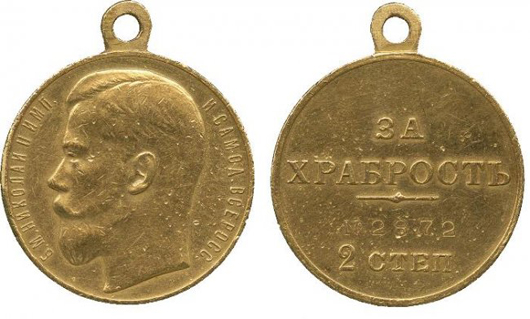 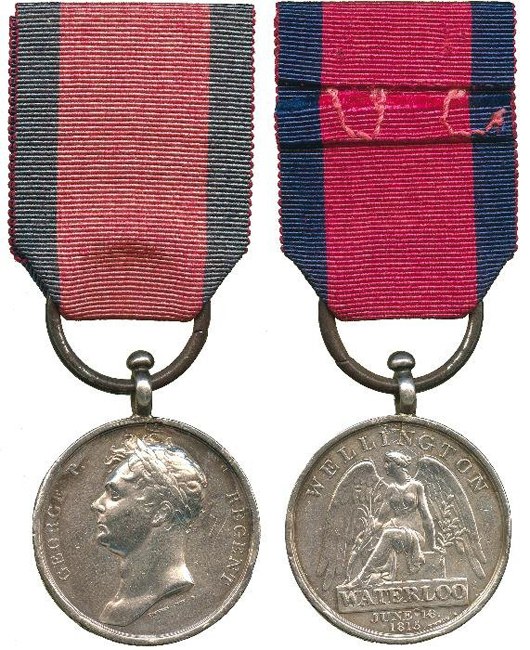