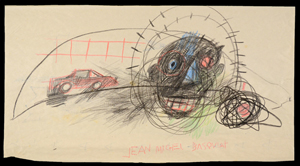 AVON, Conn. – Trinity International Auctions has scheduled its winter auction for Saturday, Feb. 2 at noon EST. The auction is diverse and most of the works are fresh to the market. LiveAuctioneers.com will provide Internet live bidding.

The highlight of the auction, and one of the finest pieces Trinity International Auctions has ever handled, is by Jean-Michel Basquiat (American 1960-1988), lot 132. The piece is a double-sided oil stick drawing, signed on one side and has been in the same collection since acquired by the original owner in the mid 1980s, who was the owner of the Giotto Café at 23 Cleveland St., New York (Soho) from 1982-1986. The café was frequented by many famous artists of the period including Keith Haring, Andy Warhol, Leo Castelli and Basquiat, who used to come in often “either looking to borrow a few dollars or hungry for a sandwich and coffee. According to the owner, Antonio Romano, he gave away more sandwiches and coffee to starving artists than he actually sold. He obtained this drawing directly from Basquiat.

Trinity always have a very good representation of Russian artwork and this one is probably has the best. A large canvas by Martiros Saryan highlights this section. The 28-by-43-inch oil on canvas titled Poppies, dated 1958 comes with complete authentication from en in the same collection since the 1960s. The presale estimate is $120,000 to $140,000. Another piece by Saryan titled Bulls-Tamer is a watercolor on paper dated 1907. This would have been done early in the artist’s development and it also is accompanied by a certificate from the Saryan Museum. It has a presale estimate of $30,000 to $40,000.

A strong piece by Minas Avetisyan (Armenian 1928-1975) titled A Village in the Mountains, dated 1960, oil on canvas 27 x 35 inches, lot 98 is also accompanied by a certificate the Ministry of Culture of the Republic of Armenia. Two wonderful watercolors by Ivan Biliban (Russian 1876-1942) depicting scenes from a Russian fairy tale also come from the same collection.

There is a magnificent impressionist winter landscape depicting a Russian village with onion domes in the distance. It is by renowned Russian artist Konstantin Gorbatov (Russian 1876-1945). The piece measures 20 by 27 inches, oil on canvas and dated 1915. Additionally there are two strong works by Leon Bakst (Russian 1866-1924). One is featuring a costume design Princess Enchantee, 1921, lot 93, and the other for the Carnaval of Shooman, lot 95.

Cuban art has become extremely sought after and there is a strong selection in this auction. Starting with a piece by Victor Manuel (Cuban 1897-1969), titled LaMujer del Guante 1928, oil on canvas measures 21 x 20 inches, lot 76. This painting was exhibited in 1937 in HACIA – Paris, Pintores Cubanos en France. A copy of the exhibition catalog will accompany this lot. A strong work by Mario Carreno (Cuban 1913-1999) titled Campesimo, mixed media on illustration board dated 1947. A certificate of authentication from Louis Miret, Subastahabana Comite Organizador will accompany this painting. This is lot 78 and it has a presale estimate of $18,000 to $24,000. Other Cuban artists of note include Samuel Feijoo (Cuban 1914-1992), lot 79, and Cundo Bermudez (Cuban 1914-2008), Figura, gouache on paper, dated 1985. Another is by Servando Cabrera Moreno (Cuban 1923-1981), mixed media, lot 71, Portrait of a Man as well as a work by Argentinian artist Victor Chab, Leonardo Nieman and Rudolph Nieto.

Contemporary has probably made the strongest showing in the last several years and there are some noteworthy pieces including a piece by Paul Resika, (American b.1928), William Pachner, Alfred McNamara, Helen Frankenthaler, Mark Kostabi, Taro Yamamoto, Aaron Levy, Jacques Roche and Harry Bernard.

Always popular is the large selection of contemporary lithographs we include in each auction. Some highlights from this section include works by Helen Frankenthaler, Roy Lichenstein, Alex Katz, Jim Dine, Salvador Dali (five works), Milton Greene, Bert Stern and Allan D’Arcangelo. A favorite is the works by Rene Gruau with six pieces featured.

Overall this is a well-rounded auction with something for everyone. For more information contact Trinity International Auctions, 860-677-9996, email: info@tiauctions.com. 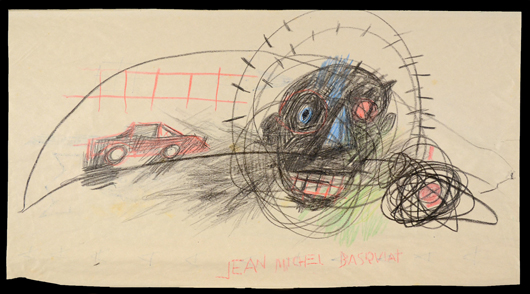 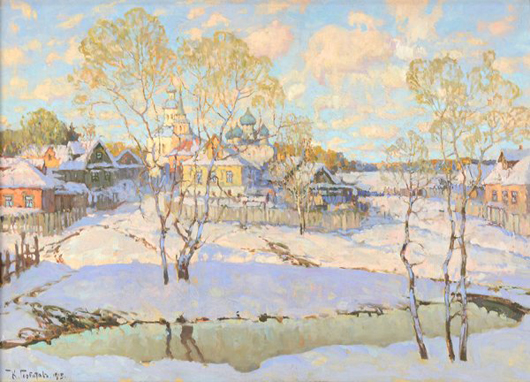 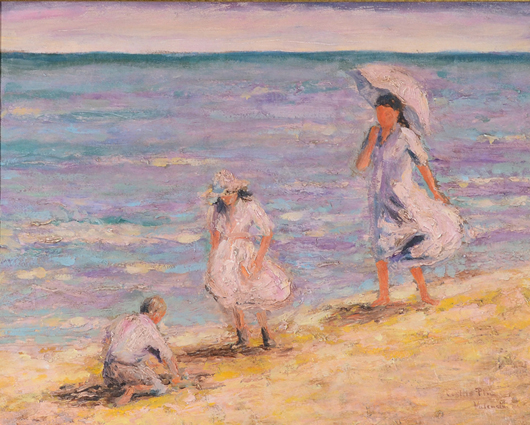 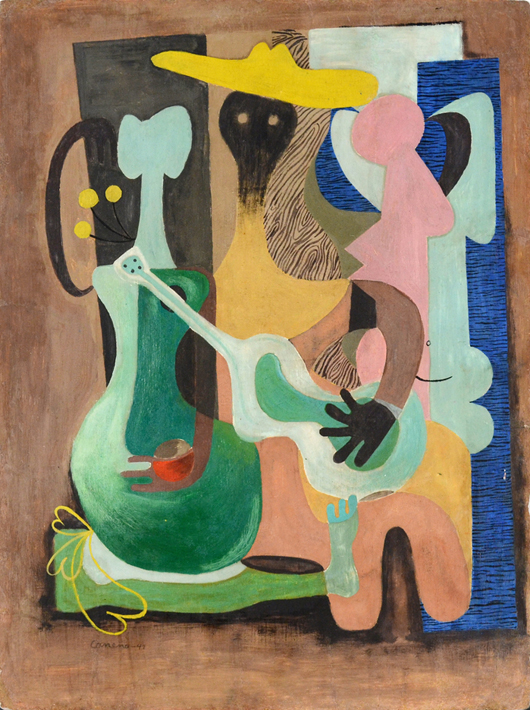 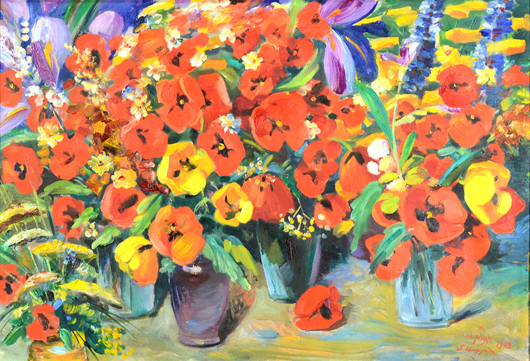