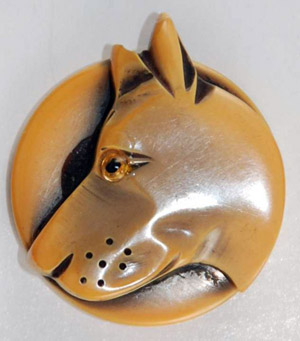 A big dog’s head was carved into this celluloid button. Image courtesy of Bella Button Auctions.

GILROY, Calif. – Buttons, those ubiquitous little objects that have been fastening clothing for centuries, are the star attractions of an auction being organized by Bella Button Auctions. The three-day auction, March 20-22, is a unique opportunity for collectors to acquire unusual antique buttons, ranging from Revolutionary War buttons to garter belt buttons depicting the faces of 1920s flappers.

“This is the first time there has ever been, on LiveAuctioneers or anywhere else online, a button auction that is completely interactive and all the lots are visible. All the lots have been photographed,” said Annabel Yurutucu, owner of Bella Button Auctions. “The difference here, this auction makes it accessible to individual collectors, not just dealers who can afford to can afford to got to an auction. This makes it accessible worldwide for the first time.”

The auction will be conducted at the Hilton Garden Inn, 6070 Monterey Road in Gilroy, which is about 23 miles south of San Jose. Online bidding is made possible through LiveAuctioneers.com. Absentee and phone bids will also be accepted.

“Lot 218 is a Confederate Navy button, which I think is a great button. I mean, how many people were in the Confederate Navy,” said Yurutucu, who has been active in the antique button hobby for 16 years.

The sale also has a nice selection of Satsuma buttons, a well-known type of Japanese pottery. “It’s the same thing. It’s made from the same clay and from the same region in Japan,” said Yurutucu. “Mostly these buttons were made for the U.S. trade.”

Lot 497, a large hand-painted Satsuma button that pictures horse is described as “deluxe.” “For button collectors a lot of things combine to make a button deluxe: rarity, artistry, condition. In Satsuma, it’s the use of gold and the subject,” said Yurutucu.

An active knitter in the early 1990s, Yurutucu thought wouldn’t it be helpful if knitters had access to all the great variety of old buttons to use on their handmade goods. The more she learned about antique buttons the more her interest grew.

Yurutucu is a member of the National Button Society, treasurer of the California State Button Society and president of the Santa Clara Valley Button Club.

More than 1,100 lots comprise the three-day sale. This is Bella Button Auctions’ first auction in 10 years. 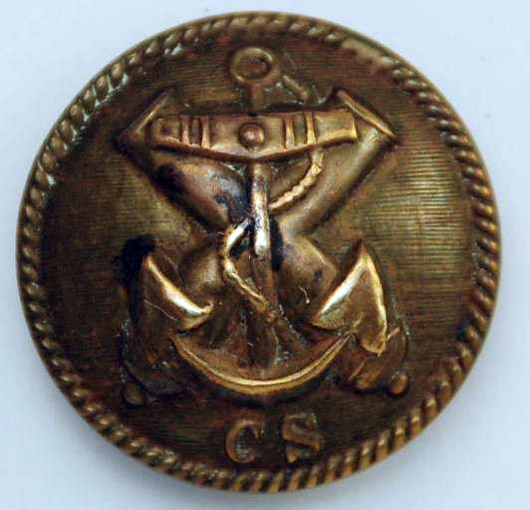 The back of this Confederate Navy button is marked ‘Courtney & Tennent Charleston, S.C.’ Image courtesy of Bella Button Auctions. 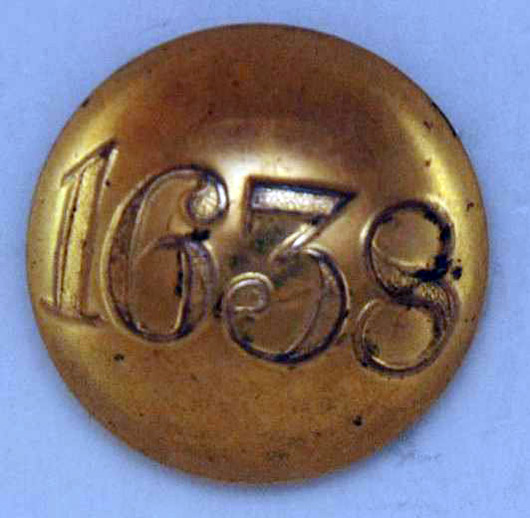 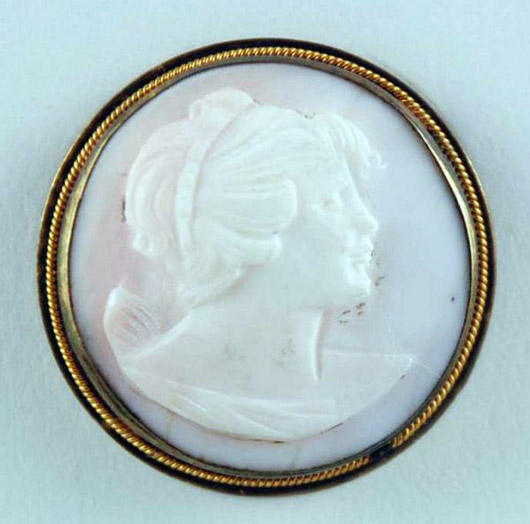 Carved cameo buttons like this fine example are much more scarce than cameo brooches. Image courtesy of Bella Button Auctions. 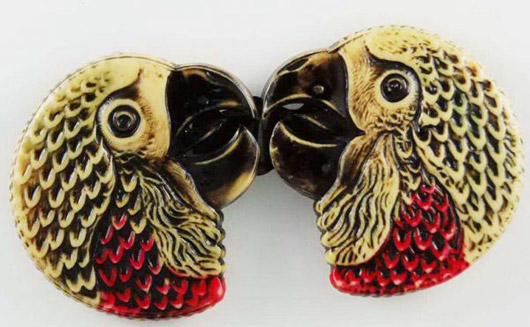 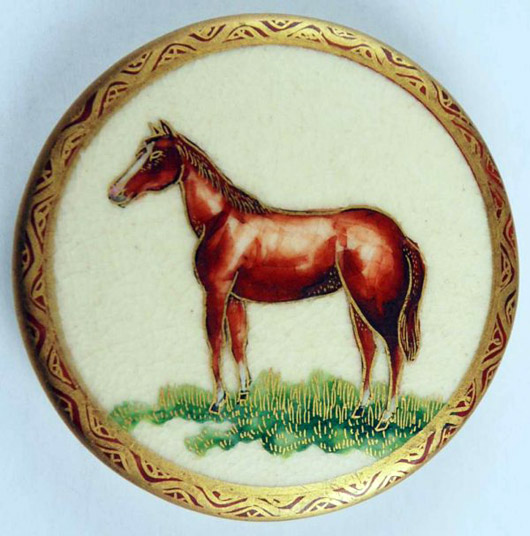