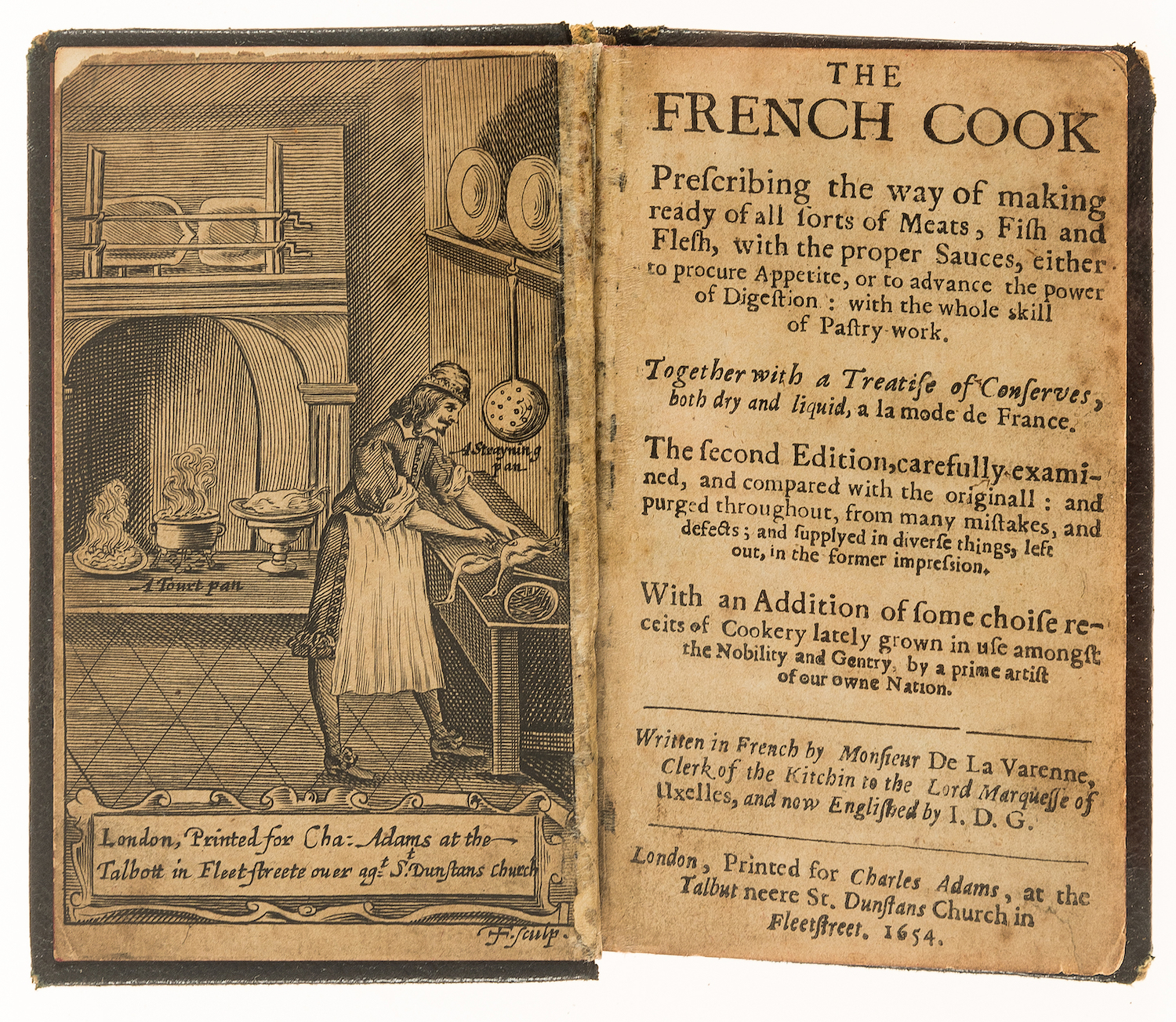 LONDON – On Thursday, June 23, Forum Auctions will present a private collection of culinary literary works which, as well as spanning five centuries, delivers a fascinating gastronomic journey of discovery. The collection was carefully curated during a period of 40 years by the late Caroline Crisford, a passionate collector of exceptional books on the subject of gastronomy. It offers unique insights into the field of cooking and charts its progression in Europe. The collection, which spans 158 lots, carries a collective estimate of £60,000-£80,000. Absentee and Internet live bidding will be available through LiveAuctioneers.

Among the highlights is a first edition of The Art of Cookery Made Plain and Easy by Hannah Glass (printed under the pseudonym ‘A lady’), which contains the original recipe for what would become one of the most popular dishes in England: “Currey the India Way.”

This rare work, which is central to any collection of English cookery books, was bought in a china shop called Mrs. Ashburn’s in London in 1747. It once belonged to a former soldier, John Le Mesurier, who became the last hereditary Governor of Alderney (the Channel Islands). The book is estimated at £3,000-£4,000. 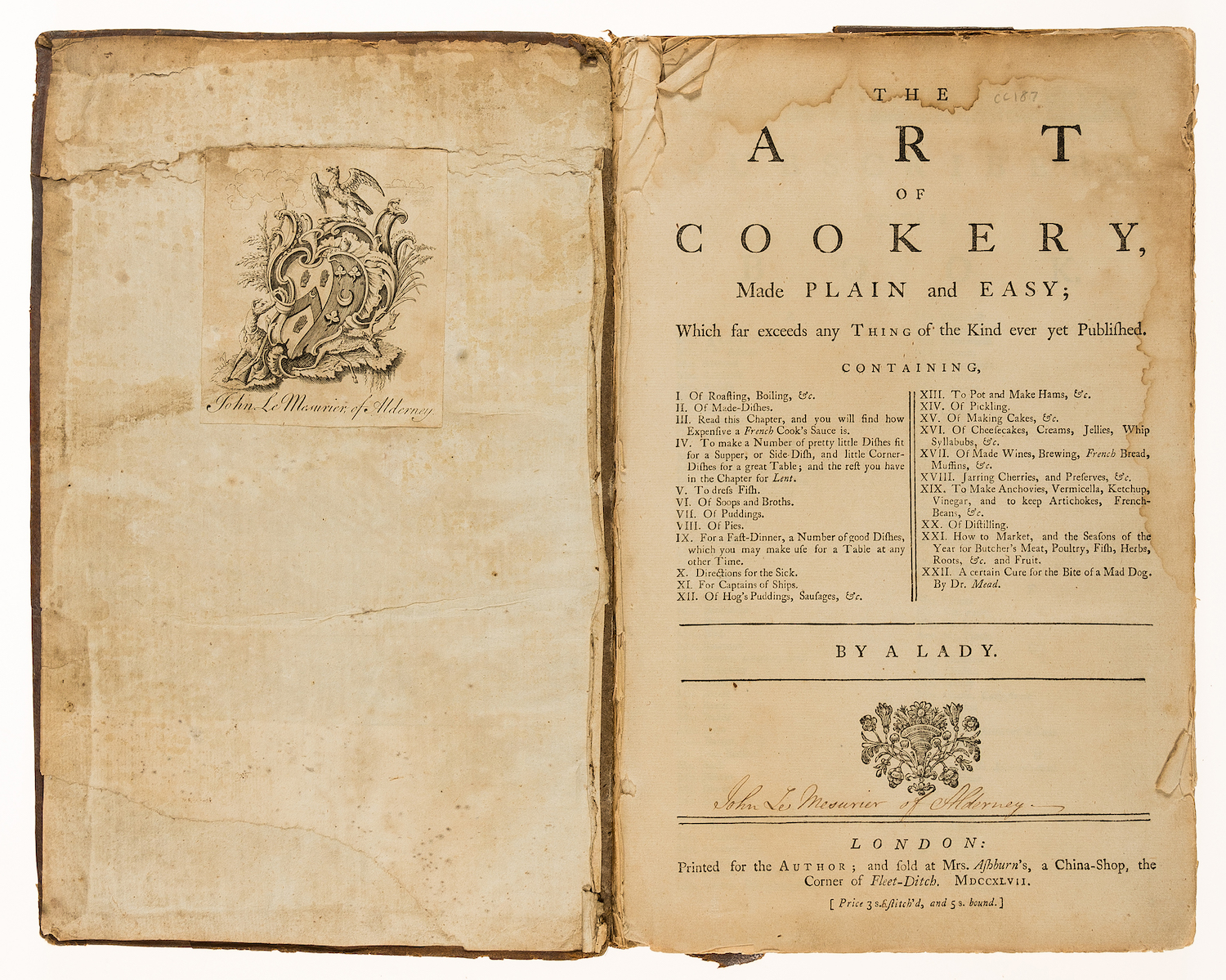 Another gem in the collection, titled The French Cook, is by the founding father of French cuisine, Francois Pierre La Varenne (1615–1678), who brought bisque, bechamel and mille-feuille to our tables and introduced the use of bouquet garni in cooking. La Varenne transformed Renaissance and Medieval French cooking in the 16th and early 17th centuries. He wrote the famous Le Cuisinier Francois in 1651 and it is considered to be one of the most important cookery books in early French cuisine, and was in use right up until the French Revolution. This rare Italian second edition carries an estimate of £2,000-£3,000.

The collection also features a first edition by the  17th-century physician Dr. Daniel Duncan, titled Wholesome Advice Against the Abuse of Hot Liquors, Particularly of Coffee, Chocolate, Tea, Brandy and Strong-Waters. Coffee, tea and chocolate, which today are a huge part of everyday life, arrived in Britain in the mid-17th century to great bemusement. With tea coming from China, coffee from North Africa and chocolate (initially in liquid form until the 18th century), originating from the tropical rainforests of Central and South America, they were seen as highly exotic by the public and therefore very desirable. 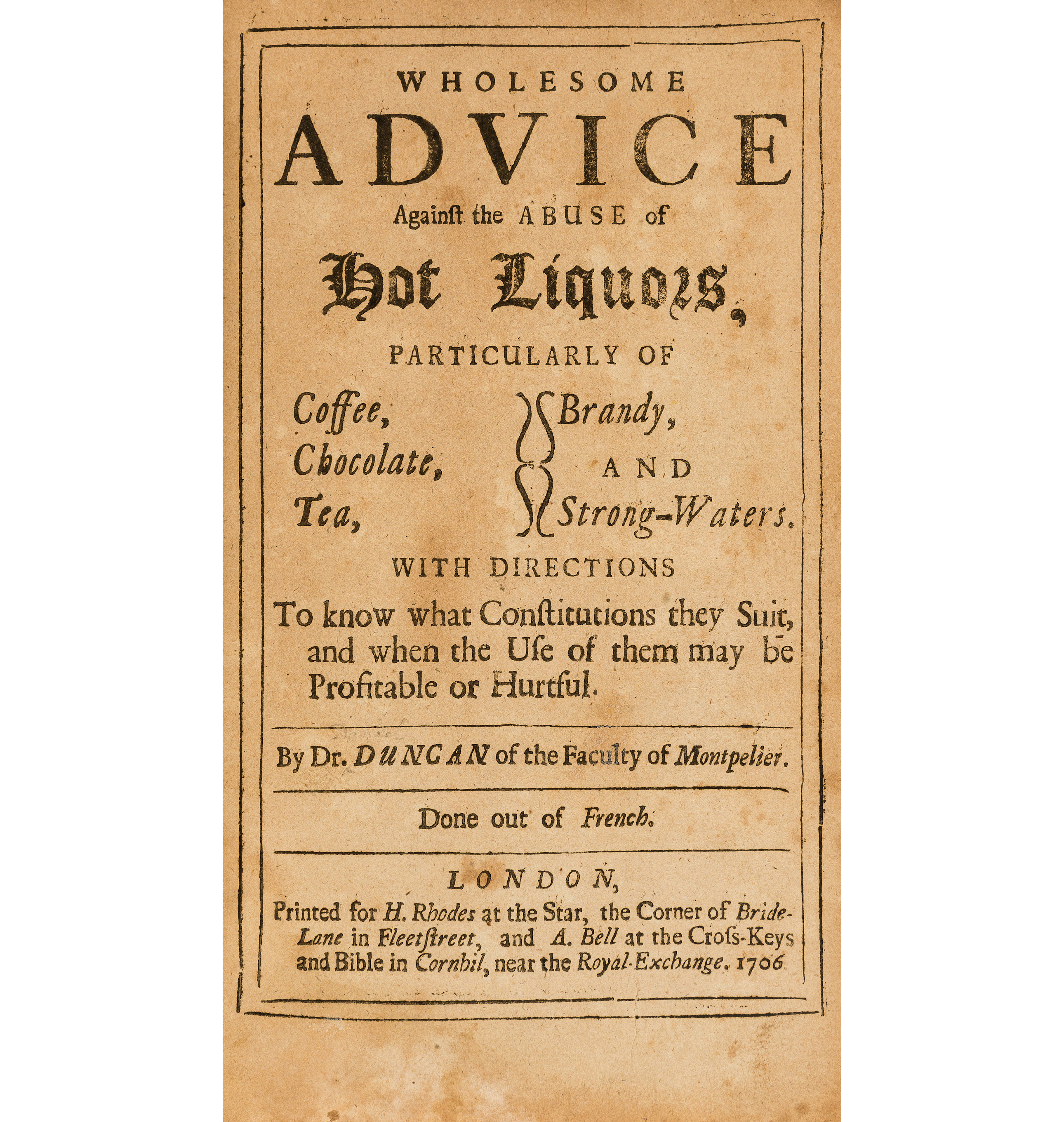 However, their arrival and consumption caused concern among some members of the medical community, such as Dr. Duncan Daniels, who feared the impact that these new substances might have on the country’s health. He was from the prevailing Four Humors school of thought, in which the body was believed to be comprised of four distinct substances that needed to be in balance: blood, phlegm, yellow bile and black bile. Their imbalance was thought to threaten well-being and trigger disease, which Dr. Daniels believed was instigated by the effects of caffeine and alcohol.

When they emerged in Britain, coffee, tea, chocolate and brandy were officially classified as drugs rather than food by doctors that saw them as health-inducing, with recommended dosages being prescribed only by physicians and chemists. Tea was considered a decongestant, coffee was believed to help headaches and digestion, and chocolate was thought to help with childbirth and to have beauty benefits, a rumor that prompted women to start drinking chocolate across the country. Brandy had been introduced in the 16th century and was also first used as a medicine for its antiseptic qualities. This treatise is a first edition in English and was printed in 1706. It is estimated at £600-£800. 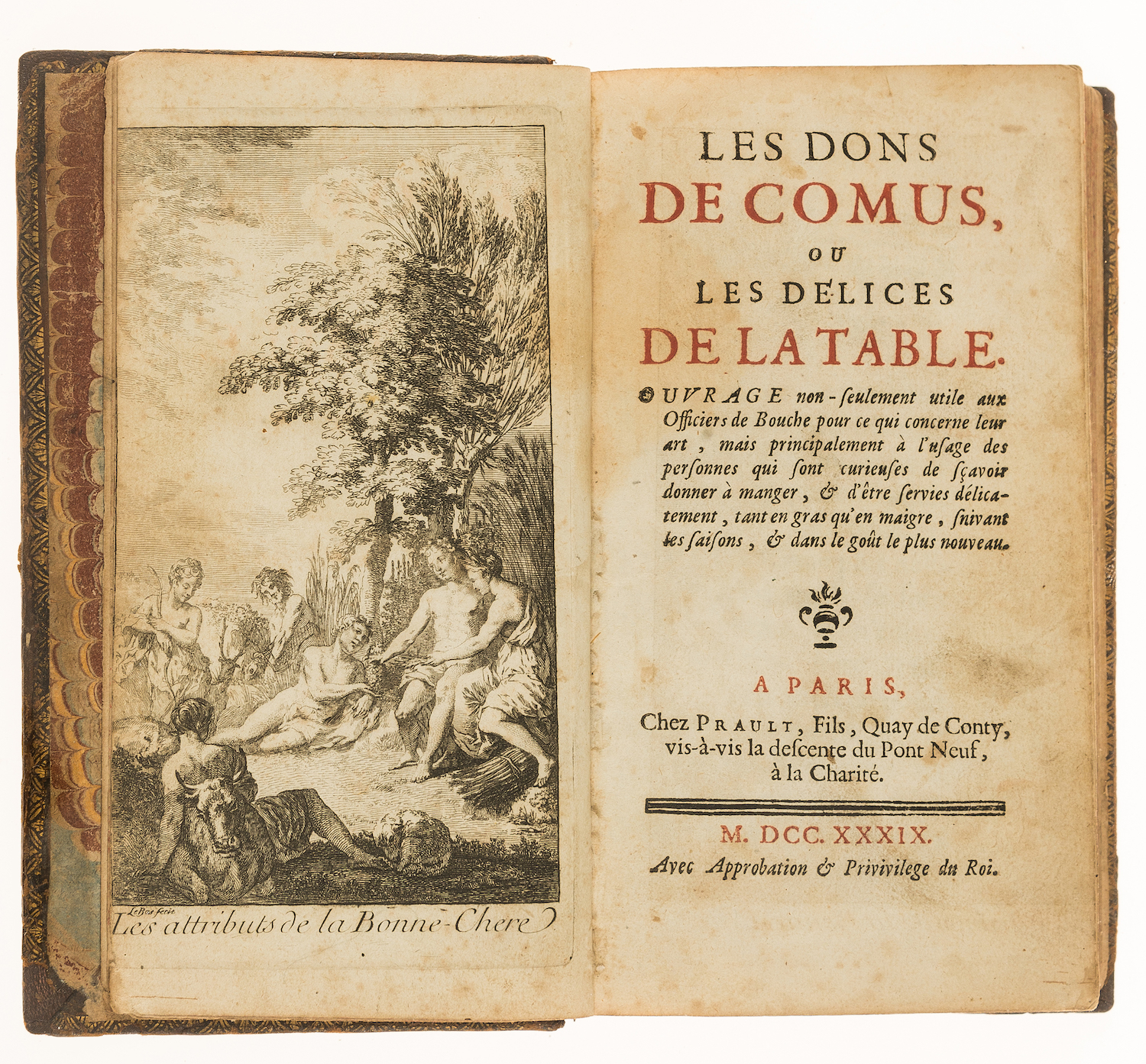 Louis-Auguste II de Bourbon, Prince de Dombes was the grandson of Louis XIV and his mistress Francoise-Athenais de Montespan. An accomplished amateur cook, he compiled his highly original recipes into a book titled Le Cuisinier Gascon, with a dedication to himself at the front of the book, believed to have been written deliberately to put readers off the scent of the identity of its author. His recipes were much admired, as they were easy to follow, yet impressive and delectable.

He probably developed his formidable culinary skills via small intimate dinner parties held for other members of the aristocracy. This first edition dates from 1740 and is bound with a first edition of Marin’s Les Dons de Comus, published in Paris in 1739. It is estimated at £1,500-£2,000. 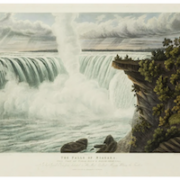