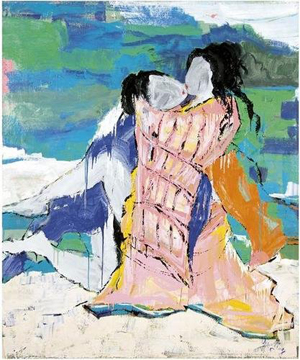 The 329-lot sale will feature a range of paintings, drawings, prints, photographs and photo-books from headline artists such as Lichtenstein, Matisse, Banksy and Warhol, as well as a variety of more modern and lesser-known artists. Valuing in at a low estimate of $520,000, this intriguing offering consists not only of works created by accustomed professionals but a handful of more novice and contemporary sources as well.

Forever Goodbye, created under the pseudonym Yu Ling, is a large acrylic work by actress and painter Lucy Liu (estimate: $25,000-$30,000). Liu, whose work is represented by the Eli Klein Gallery located in New York’s Chelsea neighborhood, adopted the alternate handle in order to gain distinction as an artist through her ability rather than rely on her celebrity status.

A work by Shepard Fairey, the skateboard silkscreen artist-cum-iconic graffiti artist, also finds its place in the sale with his silkscreen entitled Vote (Radio). The work, estimated at $1,000-$1,500, distinctly evokes Fairey’s signature style seen in other ubiquitous images including the 2008 Obama HOPE campaign poster as well as the urban staple André the Giant, seen on paraphernalia from stickers to T-shirts.

Other sale focal points include Conrad Marca-Relli’s Untitled (Figures), a newly authenticated painting by the American-born artist, from the American Abstract Expressionist school (estimate $20,000-$30,000), as well as Take 4, No. 27, a striking work from British artist James Nares, which skilfully demonstrates a combination of form and medium in a few simple, yet monumental brushstrokes (estimate: $10,000-$15,000).

For details e-mail e-mailnewyork@bloomsburyauctions.com or phone 212-755-8500.

Bloomsbury invites customers to view these and other works in the sale at the Web site ny.bloomsburyauctions.com 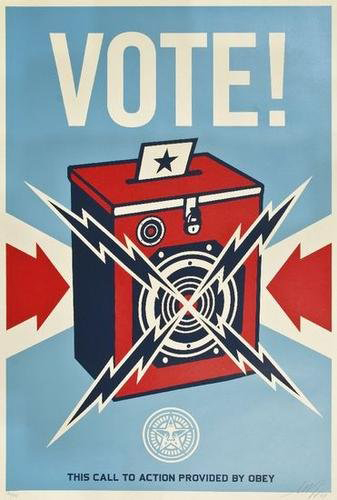 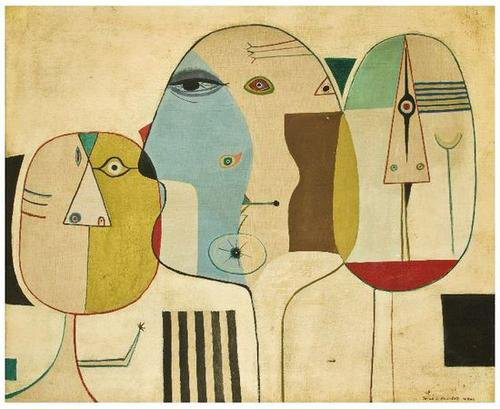