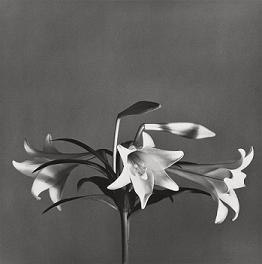 NEW YORK – Bloomsbury Auctions presents a curated selection of historic, modern and contemporary work in addition to a new section dedicated to photographic editions on April 2, 2009 at their New York Gallery. Multiple consignors have contributed to the selection of extraordinary photographs included in the sale, which begins at 10 a.m. Live Internet bidding will be available through www.LiveAuctioneers.com.

The sale will include material dating from the 19th century to the present day, including works by Manuel Álvarez Bravo, André Kertész, Henri Cartier-Bresson, Diane Arbus, Robert Mapplethorpe, Edward Burtynsky and Wang Qingsong.

Bloomsbury is also excited to introduce a new section to the sale called Photographic Editions, which will include photobooks and portfolios from such icons as Man Ray, Brassaï, Robert Frank, Lee Friedlander, William Eggleston, Daido Moriyama and Hiroshi Sugimoto.

Rare and highly collectible first editions, foreign editions and deluxe limited editions will all be offered.

Department Head John Cowey remarked: “Building on the success of our inaugural sale this past October, I am particularly excited about our Photographic Editions section…It is a natural fit for Bloomsbury and one that the current marketplace is ready for.”

Crossing over between the Photographic Editions and Photographs sections of the sale, is Man Ray, whose highlights include a pristine, limited-edition copy of Facile, 1935 ($5,000-7,000), in which his series of elegant nudes accompanies the poems of Paul Eluard; and the photograph Untitled (Rayograph), 1924 ($10,000-15,000), a rare portfolio print signed by the artist for the original owner Arnold Newman.

Sally Mann is represented with a contact print of Damaged Child, 1984 ($6,000-8,000), one of the first images from her landmark series Immediate Family.

Also to be offered is Irving Penn’s Sewer Cleaner, New York, 1951 ($15,000-20,000), a classic image from the artist’s iconic series of blue-collar portraits called The Small Trades.

For additional information, visit www.bloomsburyauctions.com. Tel. 212-719-1000. View the fully illustrated catalog and sign up to bid absentee or live via the Internet on auction day at www.LiveAuctioneers.com.