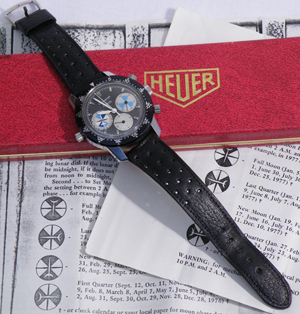 VANCOUVER, Wash. – On June 5, Blue Moon Coins, an established bullion and numismatic coin dealer in the Pacific Northwest, will conduct a sale of large lots of Swiss 20-franc gold coins, anniversary lots of American Silver Eagles and certified high-grade numismatics. This auction also includes some stunning vintage chronometers from well-known companies such as Heuer and Waltham.

LiveAuctioneers.com will provide the live bidding.

On the obverse, Lady Liberty carries laurel and oak as she walks toward the sun. The coin’s reverse, designed by John Mercanti, shows an eagle with shield holding and olive branch and arrows in its talons, a combination that references military and civil strength. An inverse pyramid with the original 13 Colonial stars is positioned above the eagle’s head.

Lot 50 is a vintage Heuer Solunagraph watch in its original box. This vintage chronograph was made by a Heuer, a company that dates to 1860 and includes such distinctions as being the inventor of the oscillating pinion (1887), the mechanism on which all automatic watches are based. As management passed from fathers to sons, innovation remained a hallmark for the renowned firm. The company created the Pulsometer, on which modern stethoscopes are based; the Time of Trip, the first dashboard chronometer designed to be installed in airplanes and automobiles to measure time as well as trip duration; and the Microsplit, a stopwatch that could measure two events simultaneously and made Heuer’s pieces the choice for timekeeping at the 1920 and subsequent Olympics.

Heuer is a company of firsts: the first company to make watches that attached to wrists, women’s watches, and water-resistant watches. Luminaries such as President Dwight D. Eisenhower, President Harry S Truman, Prince William of Sweden and Steve McQueen have worn Heuer watches. The company became an official sponsor for Ferrari in 1971. It was a Heuer chronometer that first made its way into space in 1962 on the wrist of astronaut John Glenn.

In 1985 TAG, manufacturers of high-tech items such as ceramic turbochargers for Formula One cars, acquired Heuer, creating today’s TAG Heuer.

This lot is from Heuer’s line of Solunagraph timepieces, the name of which is a clever play on the selenography technology. Mariners have been using selenography since ancient times, and in creating the Solunagraph, they put the tracking of tides in the hands of modern-day sailors and fishermen. This watch is in good working order and will be shipped in its original box with a photocopy of the original paperwork. The auctioneer notes that this fine specimen is the heaviest watch he has ever held in his hand.

Professional Coin Grading Service is one of the numismatic industry’s leading coin grading companies and publishes the PCGS pricing sheet, the standard pricing guide for coin valuators. This lot contains 53 high-grade coins graded by ICG, a rival grading service. To determine the wholesale cost of this lot, the auction house reduced each coin’s ICG grade one level lower; in other words, for an ICG MS 70 coin, a PCGS MS 69 value was assigned to it. According to the May 18, 2012 PCGS grading sheet, the wholesale value of the collection (one grade-level lower than the coins are actually graded) is $2,100.

Lot 150 is composed of 50 20 gold Swiss francs. Minted sporadically throughout the last of the 19th century and throughout the first half of the 20th century, Swiss francs have enjoyed popularity as a collectors coin throughout Europe. At just under one-fifth of a troy ounce (.1867), these 22-karat francs are about one-fifth of the size of their full-ounce gold bullion coin cousins. Their bullion gold content makes them an internationally recognizable mechanism of trade, and because of their smaller size, they are more divisible than other bullion coins when it comes time to liquidate.

Neutral since the Vienna Congress in 1815, Switzerland has long been recognized as a politically stable country with strong fiscal health. The obverse of the Swiss 20 Franc gold coin features a bust of Vreneli, the “Swiss Miss” with a garland of braided flowers before a backdrop of the Alps. The word “Helvetia” above her head refers to the five-year period of the Helvetic Republic, when France’s expanding military decided the inhabitants of the area now comprising Switzerland needed to be “liberated.” The coins were minted in Berne and carry the “B” mint mark.

For additional information about the auction, contact Misti Haasl-Martinez by telephone at 888-655-2646 (COIN) or by email: misti@bluemooncoins.com. 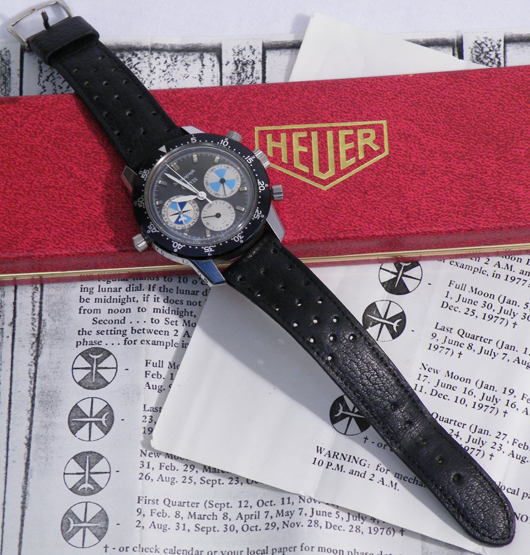 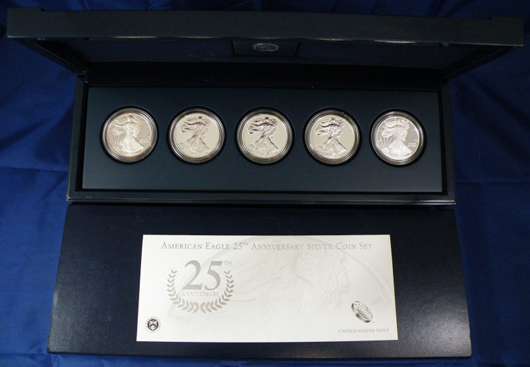 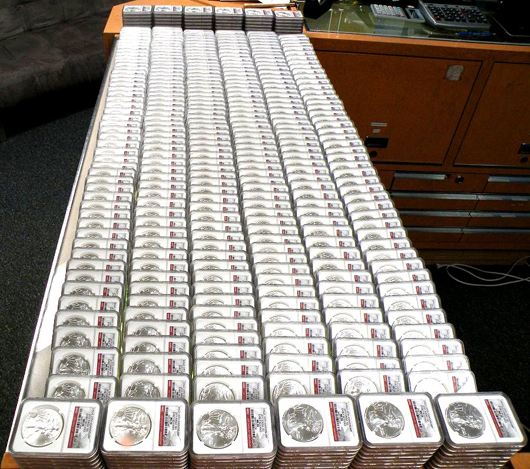 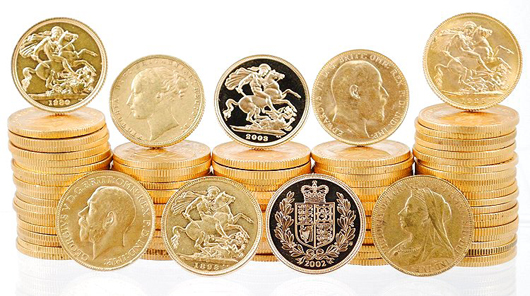