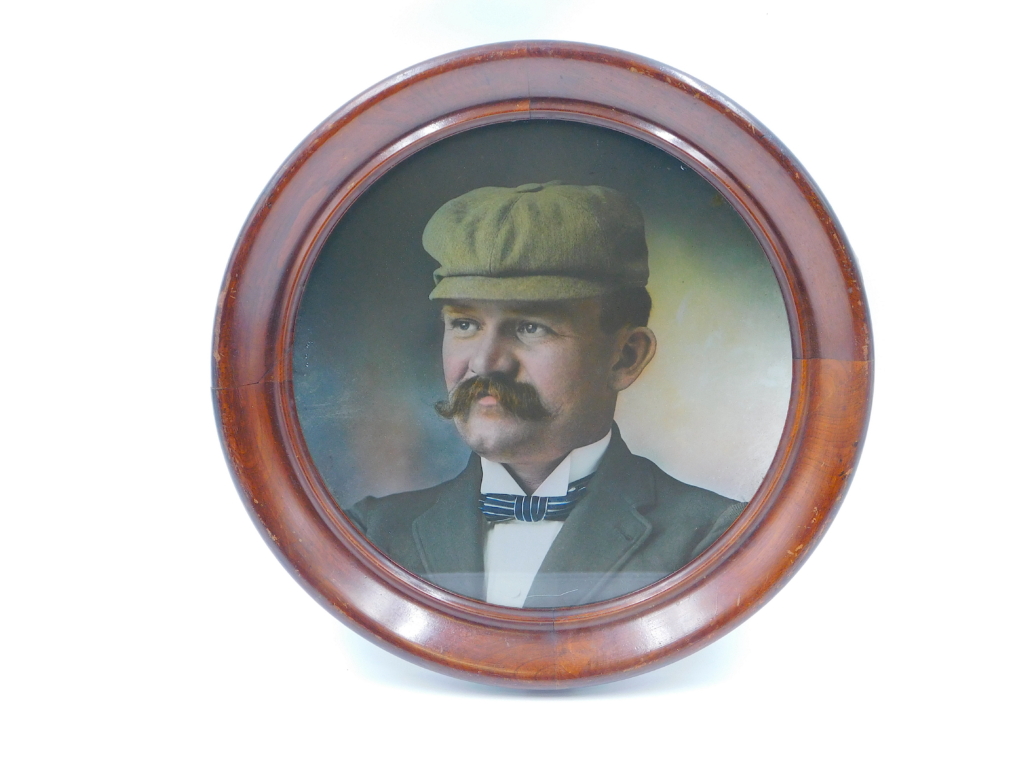 MONMOUTH JUNCTION, N.J. – The contents of McGreevy’s Bar, a modern replica of the late 19th- and early 20th century Boston baseball mecca founded by Nuf Ced McGreevy, will cross the auction block at Bodnar’s Auction Sales on January 26. The items on offer include artifacts that were part of the original venue that it replicated, the Third Base Saloon. Absentee and Internet live bidding will be available through LiveAuctioneers.

The Third Base Saloon opened in 1894 and was known as Boston’s first sports bar. It housed one of the most extensive collections of baseball memorabilia of its time with photos, clippings and ephemera. Michael T. McGreevy earned his nickname Nuf Ced (sometimes spelled Nuff Said) from his penchant for shouting that phrase to end barroom disputes, most of which sparked from discussions about the Boston Americans (who evolved into the Boston Red Sox) and the Boston Braves (who would ultimately relocate to Atlanta).

The establishment was a magnet for celebrities, ball players and politicians. McGreevy cheekily dubbed it the Third Base Saloon, because like third base, it was the last stop before home.

Prohibition forced the bar to close, and most of its contents were donated to the Boston Public Library (BPL); McGreevy passed away in 1943. In 2008, the bar was revived, boasting an interior designed to resemble what the original looked like in the early 20th century, when the Boston Red Sox were racking up World Series wins. With the permission of the BPL, photocopies of Third Base Saloon items from its archives were displayed at the 21st century revival.

Sadly, the modern bar fell victim to the COVID-19 pandemic after the landlord refused to adjust the rent to reflect the drop in business. Material from this venue will go to auction at Bodnar’s on January 26.

Highlights of the sale include items that originate with the Third Base Saloon. Chief among them is a portrait on glass of Nuf Ced McGreevy that hung above the back bar from 1903 until the establishment closed in 1920. It is estimated at $15,000-$25,000. 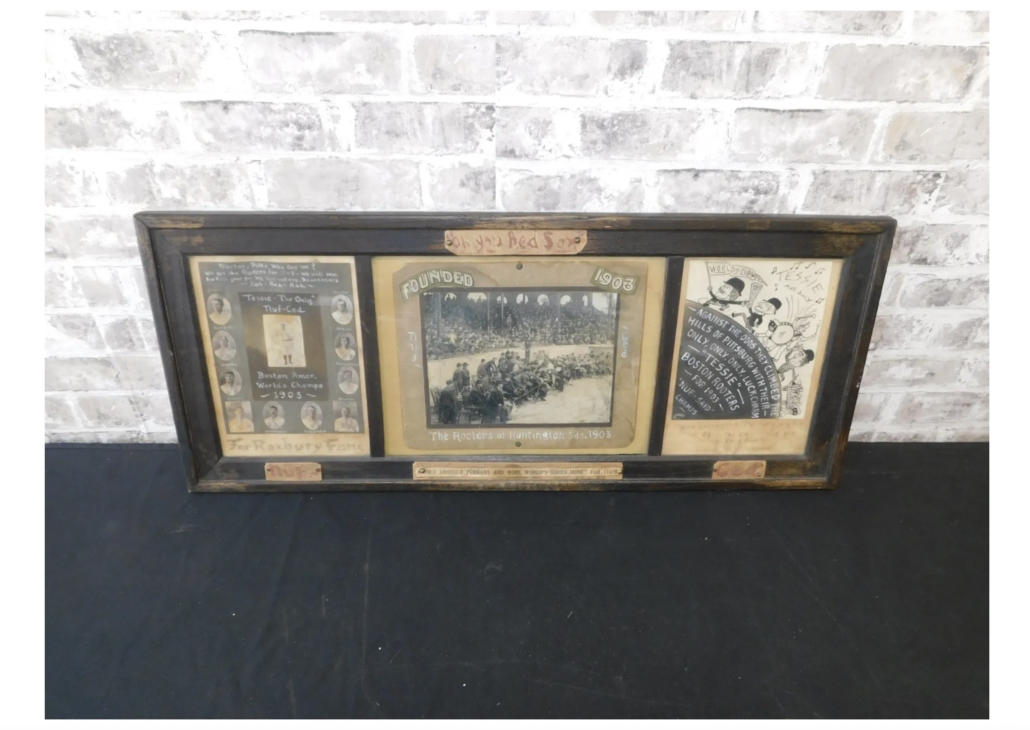 Equally worthy of mention is an original 1903 World Series display of three items that decorated the Third Base Saloon. The left side consists of a collage of the Boston American team players, made from original photos; the middle features a large cabinet photo of the Royal Rooters at the Huntington Avenue Grounds, the site where the Red Sox played before Fenway Park was built; and the right shows an original cartoon from artist Wallace Goldsmith, who was a member of the Royal Rooters. This piece is estimated at $3,000-$5,000.