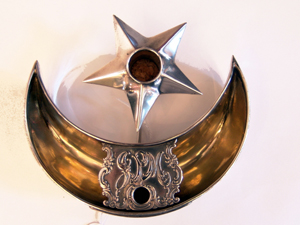 Silver cigar cutter/ashtray by Tiffany with ‘JPM’ Monogram in the likeness of the Morgan yachting crest Image courtesy of Boston Harbor Auctions.

BOSTON – Boston Harbor Auctions is having an incredible sale May 1 showcasing J. Pierpont Morgan’s personal possessions, many from his yacht Corsair.

LiveAuctioneers will provide Internet live bidding for the 375-lot auction, which will begin at 11 a.m. Eastern.

J.P. Morgan, still synonymous with financial greatness in America today, was an American tycoon and most important financier of his time. He orchestrated the first Wall Street bailout, nearly single-handedly and rubbed elbows with the most prominent Americans of the day such as President William H. Taft, John D. Rockefeller, Andrew Carnegie and Teddy Roosevelt. It is said that when he strolled down the streets of Manhattan people cleared his path to let him by as they would a king. Morgan financed the experiments of Thomas Edison and had the first house in New York that was completely wired for electricity.

Now, Boston Harbor Auctions has some of the finest pieces of American history for sale on May 1. These former possessions of J.P. Morgan were the finest that could be procured in the 19th century.

The importance of the yacht Corsair of 1890 is two-fold. During the Gilded Age of decadence, steam yachts were a luxury only afforded by those of the highest levels of affluence and wealth known the world over. Considered a floating palace, Corsair was a 240-foot-long steam yacht outfitted in velvet, silk and mahogany, providing every princely comfort Morgan desired. Second, Morgan became commodore of the New York Yacht Club in 1897 and subsequently Corsair became flagship of the club, overseeing races and holding annual cruises for members. Following his election to commodore, Morgan donated three lots of land on West 44th Street for the New York Yacht Club to build a new clubhouse. His mark on the world of yachting is still felt today.

Most yachtsmen and sailors create their own personal flag to be flown exclusively on their boat. The Morgan house flag is a red field with a white crescent moon accompanied by a single star. Morgan liked to use this symbol on many of his personal possessions including his china, linens and decorative fixtures.

Morgan once publicly declared: “No price is too great for a work of unquestioned beauty.” Highlights in the May 1 sale include:

The auction will be take place in Boston Harbor Auctions’ 99 High St. tower. Entrance to the gallery is on the Purchase Street side of the tower in the Financial/Waterfront district of Boston. 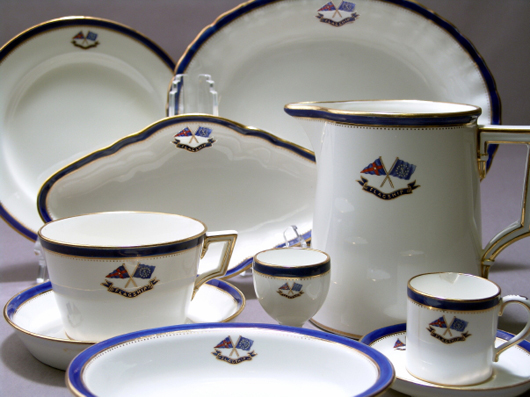 A selection of flagship china from J. Pierpont Morgan’s steam yacht Corsair when she was flagship of the New York Yacht Club in 1897. Image courtesy of Boston Harbor Auctions. 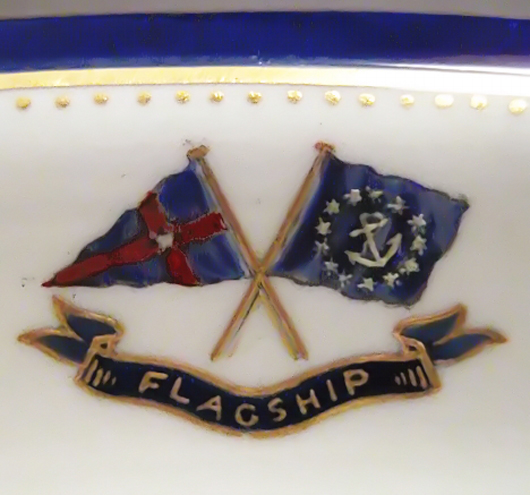 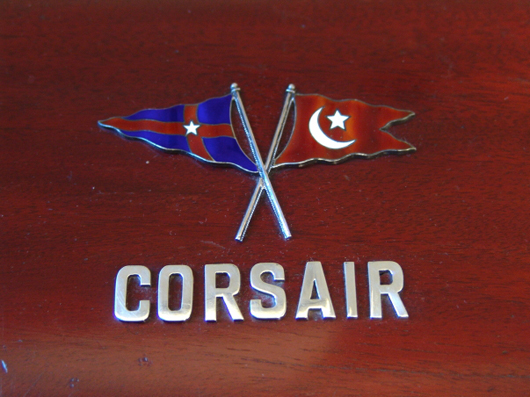 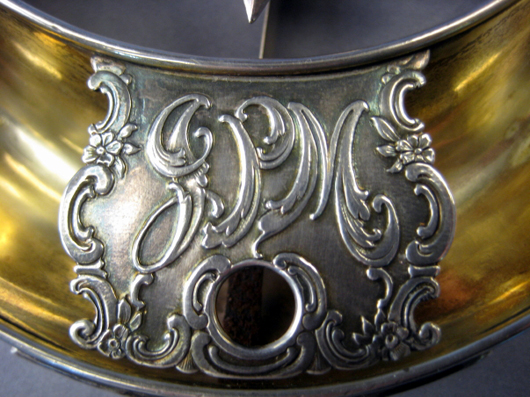