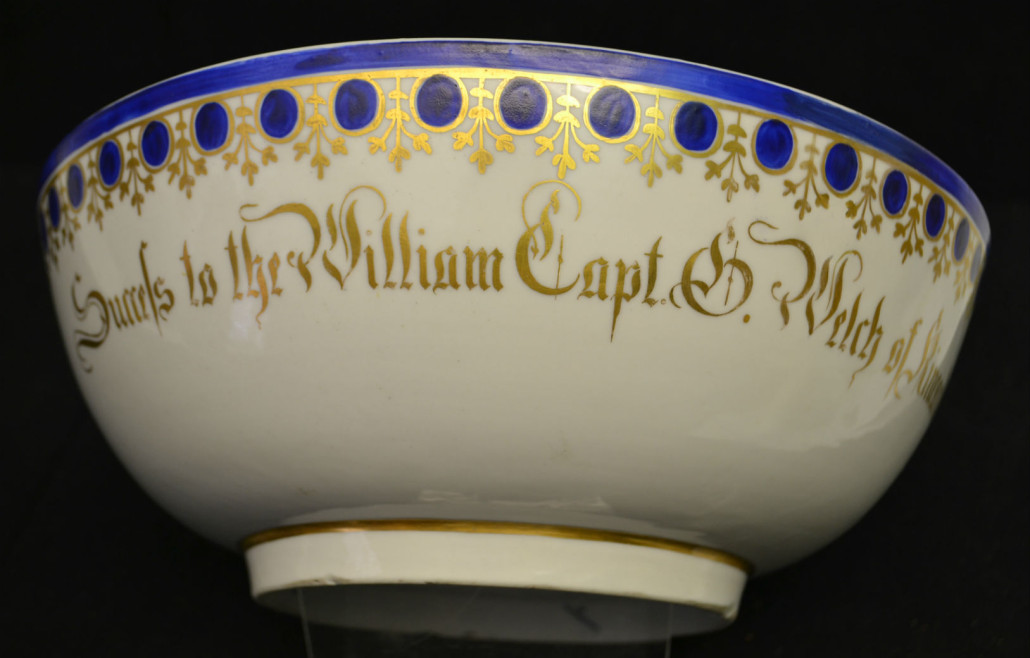 YORK, Pa. – Keystone Auctions LLC will present its quarterly fine antiques and art auction Oct. 29. The auction will begin at 9 a.m. at the Keystone Auction Gallery, with absentee and Internet live bidding is available through LiveAuctioneers.com.

Highlighting this auction of more than 500 lots is a Chinese Export bowl (above) presented to Confederate Capt. William G. Welch, who commanded the Gano’s Guards, 29th Texas Cavalry. This rare Civil War presentation piece is estimated at $1,500-$3,000.

Another unique highlight is a George IV sterling silver loving cup trophy by British silversmiths Rebecca Emes and Edward Barnard, which has an estimated value of $4,000-$8,000. 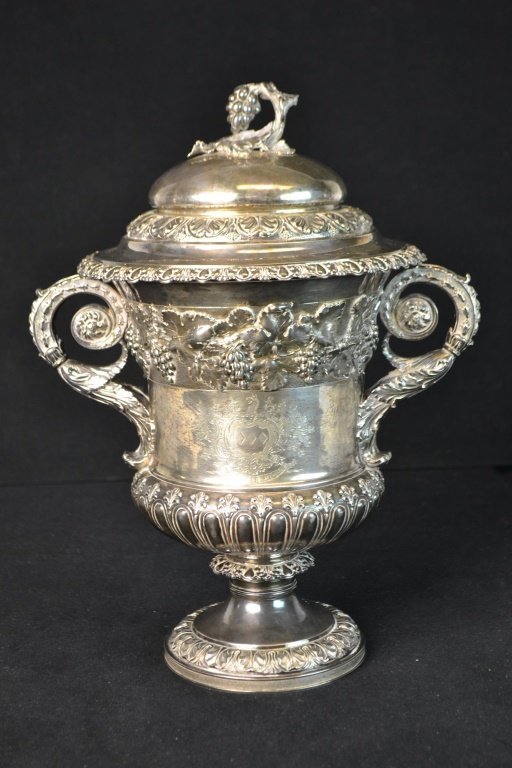 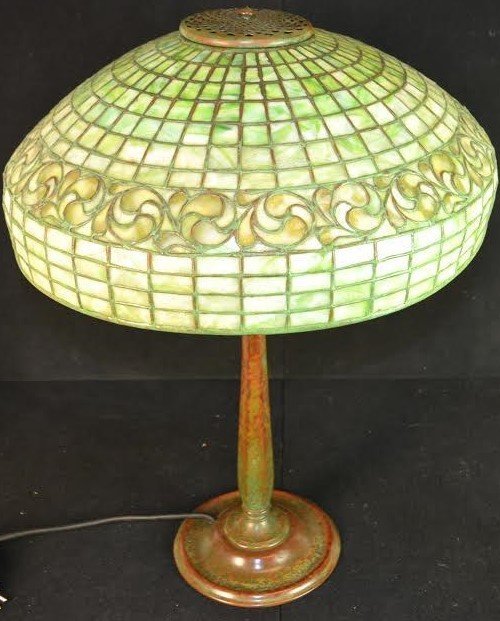 Keystone Auctions is located in historic downtown York, Pa., directly the street from the First Presbyterian Church where James L. Smith, a signer of the Declaration of Independence, is buried, and a few doors from the York Historical Society Museum.