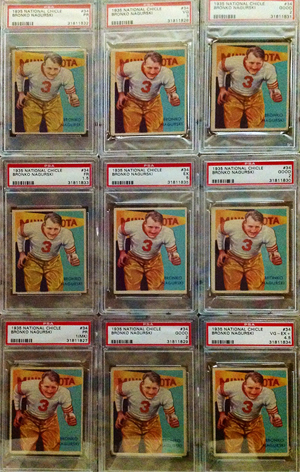 First of 10 Bronco Nagurski 1934 PSA 5. The first of the ten being offered 1935 National Chicle #34 Nagurski cards is the highest graded of the group estimated value $2,000-$4,000 Photo courtesy of Wilson’s Auctioneers & Appraisers

PHILA., Pa. – The Jim Heaney collection of rare sports cards and art, which includes 10 Bronko Nagurski football cards and a Rembrandt etching of Christ at Emmaus, goes up for auction on Wednesday, Oct. 16, at 3 p.m. Eastern at Wilson’s Auctioneers & Appraisers gallery in Chester Heights, Pa.

Extended previews for this sale are Monday and Tuesday, Oct. 14-15, from noon-7 p.m. and noon-2 p.m. on the day of sale. Online bidding for the collection will be available through LiveAuctioneers.

The sheer quantity of 1935 National Chicle Bronko Nagurski cards found nestled away in the Jim Heaney collection is the stuff of sports collecting legend. Among the thousands of beautifully dusty 1930s sports and nonsports cards, the examples of the Holy Grail of Football cards—the elusive 1935 National Chicle #35 Nagurski—shone the brightest. The collection has many gems but it is hard to ignore the historic release of 10 Nagurski cards into the market.

“What’s fascinating about the Heaney collection is that he treasured the cards,” said Mike Wilson of Wilson’s Auctioneers and Appraisers. He added, “This was a collector who just loved these cards for what they were, not for what they might be worth someday.” Hunter Heaney consigned his father’s collectible cards and art to Wilson upon his father’s death, entrusting that Wilson would use the proper resources to properly honor both the collection and Jim Heaney.

“The day that we looked through the albums will be one I never forget,” said Wilson. Leafing through the first few albums, Heffner saw some intriguing baseball cards including a Lou Gehrig, Jimmie Foxx and a trimmed Babe Ruth.

As Wilson describes it, “Then came the football cards, first some Knute Rockne cards, great … and suddenly Heffner looked at me and proclaimed, ‘Oh man, you’ve got a Bronko Nagurski! Amazing!’ And as he turned to the next page, he exclaimed, ‘There’s two more! And then another on the next page!’ I’ve been in this business a long time and moments like this rarely happen; but this was one of those moments, and we were in it.”

Wilson recalls Heffner looking at him, mouth open, smiling from ear to ear. “But then things became surreal,” continued Wilson. “A few more pages into the album and there was yet another, then two more, then three more.” Heffner and Wilson, both professionals whose expertise in their field span a quarter century, were instantly overcome with boyish excitement.

The 1935 National Chicle Nagurski is the single most valuable football card and ranks amongst the sports memorabilia industry’s most important cards due to its difficulty to acquire, in any condition, because it is part of the scarce high number series in a set that is rare to begin with.

According to Vintage Graded Football Cards:

“In 1935, National Chicle began inserting football cards into their packs of gum. The 36-card set that Chicle produced is extremely rare, and many of the cards from the set are heavily desired by collectors. Bronko Nagurski’s rookie card from the same year is by far the most valuable card in the set and one of the most valuable football cards in all of sport card collecting when found in high grade. The incredibly high demand for one of the holy grails of football cards makes it a very sound investment.

“There are only 135 PSA-graded examples of the Bronko Nagurski National Chicle card in existence, so it is extremely scarce to say the least. High grade examples, however, are even rarer with no existing examples at PSA 10, only one example at PSA 9, and only six examples graded at PSA 8, making the high grade examples unbelievably valuable. One mint example sold in 2006 for $240,000 and in 2011 for $350,000.”

Wilson continued, “This is unprecedented, it has never happened, to find 10 of these when there are only 135 graded examples out there in existence. It is like we were part of history in the making.

“Looking back, part of what was so striking to me was that most collectors would have likely grouped the cards together or as sets, with the extras individually or by grade; but these were scattered throughout by category, such as position and stats and ex-teammates. You could tell this was someone who genuinely loved these cards and not for how much they might be worth in dollars and cents.”

Jim Heaney appreciated the cards and what they represented—the players, the stories, and the memories they create. “I remember as a kid when I’d look through the cards and ask about this one or that,” recalled his son Hunter, “and Dad would never say that was a valuable or not a valuable card. He’d start telling us the story of the player, who he played for, for how long, but also if he drank a lot, if he was a loud mouth or a soft-spoken nice guy.”

It made sense that Jim Heaney saw the players for who they were. An athlete himself, Jim rowed crew in the 1952 Summer Olympics in Helsinki, won the U.S. National Championship in 1953, and competed in the second Pan American Games in Mexico City in 1955 alongside his friend Jack Kelly (brother of actress Grace).

“Yeah, my dad was this rare breed of renaissance man, though, in the truest sense,” said Hunter. “He was such an amazing athlete, but his passion was art and collecting; he had a real sense for it. He famously bought a Picasso print as a young man for $15 and later sold it at Sotheby’s for $120,000. He told his rowing buddies about this great young artist that he found so often, that they nicknamed him ‘Picasso Heaney.’”

Hunter continued, “It was similar to the cards, he just loved it so much, when he saw it he just got it. He was so enthusiastic about things like art, good books, and the cards he’d had since he was a kid. He relished them so much, but he never talked much about everything he himself had achieved in sports. I mean, he was a national champion and an Olympian and almost never mentioned it. I think it’s a bit of a generational thing, the generation that fought in World War II. I think that he and a lot of guys like him, when they got out they just appreciated things more—the little things, their interests, the people and things they enjoyed that brought them happiness. They got an early understanding of how those are actually the big things, maybe the only things.”

The auction starts at 2 p.m. Eastern Time, with the first hour of the sale being dedicated to a lifetime collection of Hollywood and local sports signed memorabilia. Note: there will be no Internet bidding for the noncataloged portion of the sale (2 till approximately 3 p.m.).

Hollywood glitz and glamour will be in abundance with dolls, books, pictures, wines and other exclusive items, featured in Artemis Productions’ “Hollywood and Sports Memorabilia Collection,” on display now. Put on the auction block by Barbara Ann Zippi, owner of Artemis Productions, the collection has been accumulated from her career contacts and hundreds of exclusive events spanning almost 40 years.

Artemis Productions creates, manages and facilitates public relations campaigns and special events. A portion of the proceeds will help fund a permanent Al Alberts Showcase exhibit currently being compiled to honor and perpetuate the memory of Zippi’s uncle, television personality and performer Al Alberts, member of the Four Aces and singer of the hits On The Way To Cape May, Love is a Many Splendored Thing and Three Coins in a Fountain.

Visit www.wilsonsauction.net for more information and numerous photographs. View the auction at www.liveauctioneers.com. 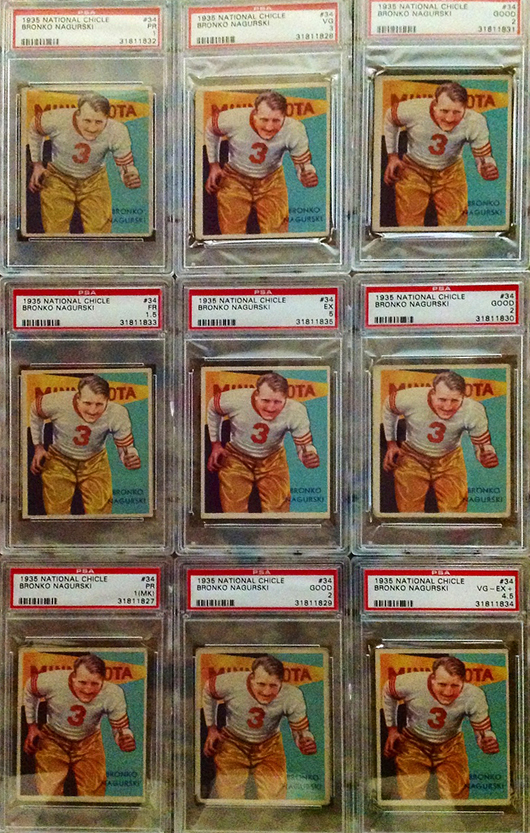 First of 10 Bronco Nagurski 1934 PSA 5. The first of the ten being offered 1935 National Chicle #34 Nagurski cards is the highest graded of the group estimated value $2,000-$4,000 Photo courtesy of Wilson’s Auctioneers & Appraisers 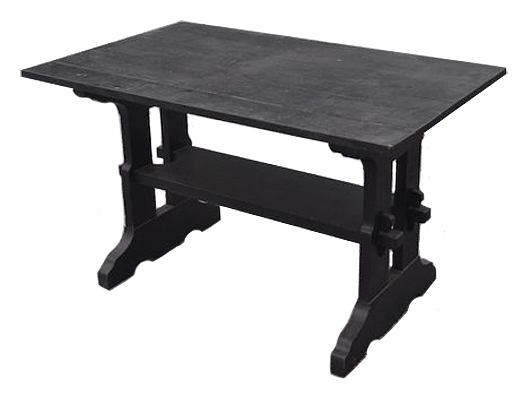 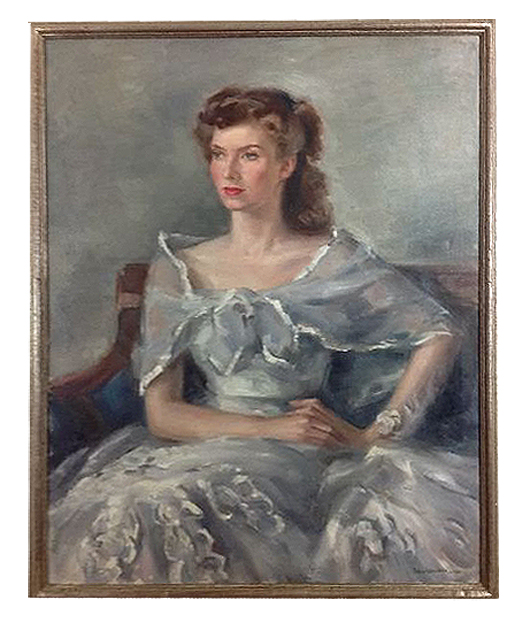 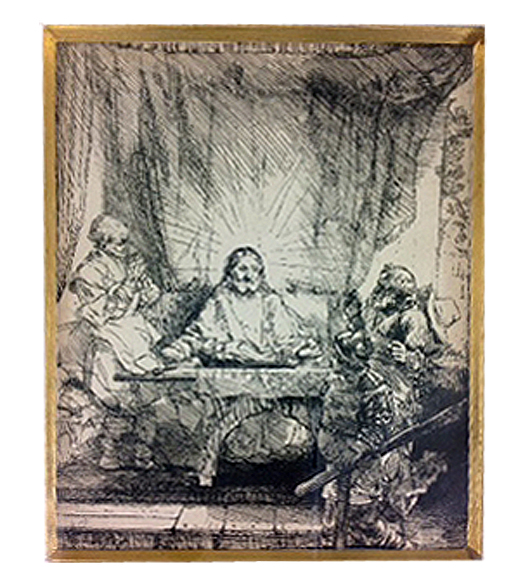 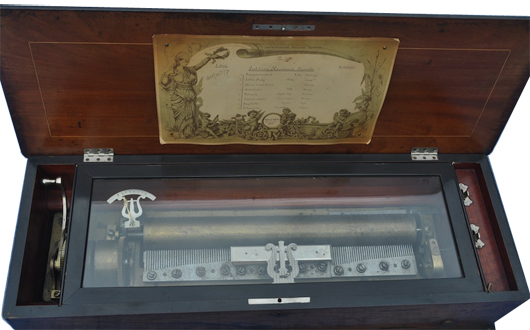 Furniture Specific: Name brands? You’re on your own
Scroll to top