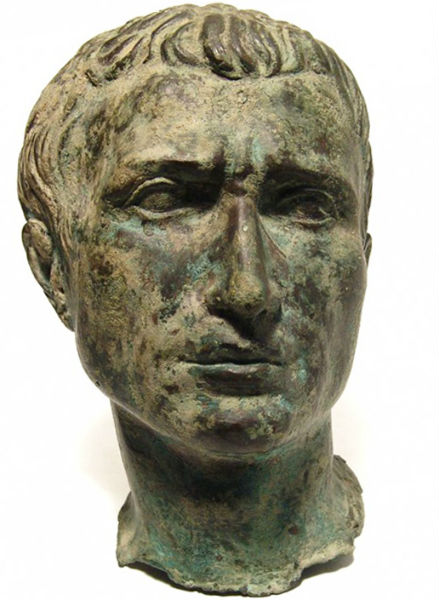 MONTROSE, Calif. – Ancient Resource LLC will conduct an auction of more than 350 lots of museum-quality items on Saturday, May 13, which owner Gabriel Vandervort says “showcases some of our finest offerings yet.” Absentee and Internet live bidding is available through LiveAuctioneers.

This auction offers a spectacular selection of authentic and well-provenanced Ancient Egyptian, Greek, Roman, Near Eastern, Islamic, Byzantine and Pre-Columbian antiquities among other ethnographic items.

A selection of ancient bronzes highlights the sale. A Roman bronze portrait bust from the late Republic Period, circa mid-first century B.C. to early first century A.D., depicts a middle-aged man. The bust (above) is in the veristic style, popular of the time, which resulted in realistic portrayals. This portrait bust invokes the look and style of Julius Caesar, an indication that this was made in the late Republic period. The subject likely would have commissioned the bust to include these features, along with his realistic features, so as to visually link himself to Julius Caesar, as was common in Roman portraiture of the time. Acquired from a collection in the UK in the 1970s-’80s, the bust is estimated to sell for $15,000-$20,000.

A rare Etruscan terra-cotta “canopic vase” lid, circa fourth or fifth century B.C., is in the form of a man’s face. Referred to as a canopic vase lid due to the similarity to Egyptian canopic jars, these cinerary urns held the ashes of the deceased and were placed inside the tomb. This 5-inch lid is nicely modeled with handsome features and traces of original pigment beneath light deposits. 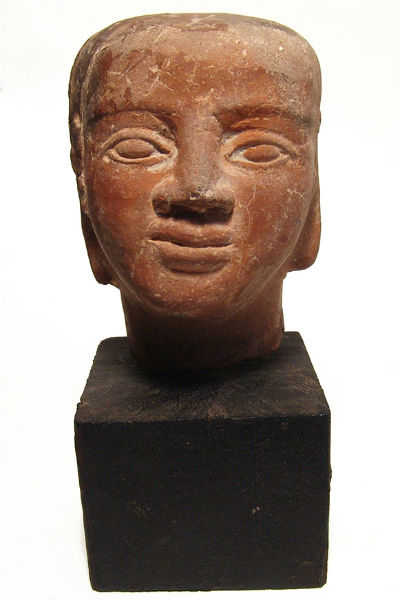 Also of terra-cotta is a mold-form Greek relief scene, circa fifth century B.C., depicting two women seated on ornate chairs and facing each other. Both wear a chiton, waist band, armlets and bracelets and earrings. Clearly they represent upper-class woman, notes the auction catalog. The well-detailed group is 6 1/2 inches by 6 3/4 inches. This type of terracotta relief, partially in the round, would likely be found affixed to a large funerary vessel for a wealthy individual. 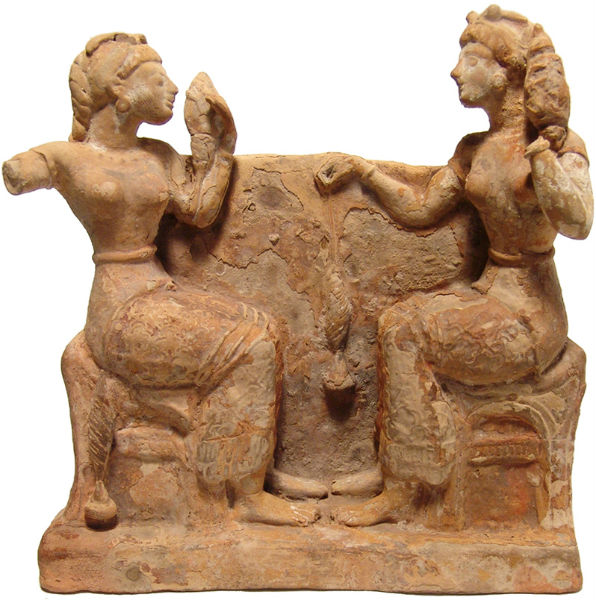 An Egyptian bright blue faience Book of the Dead shabti for a man named Min dates to the New Kingdom, Ramesside Period, 19th Dynasty, circa 1295-1070 B.C. The mummiform shabti is about 5 3/8 inches high. It was acquired in Cairo in the late 1950s-early ’60s. 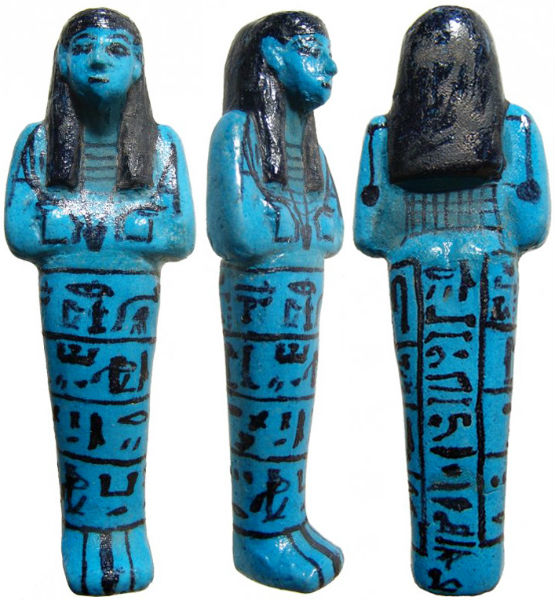 An important Coptic vellum fragment of the Biblical passage Exodus 3:4-8, circa sixth-eighth century, relays the meeting of Moses with God, taking the form of a burning bush, wherein God tells Moses that he has seen the pain his people are in and that he has come to deliver them out of Egypt. This fragment was written with care in beautiful handwriting of which much is retained. The fragment is 6 3/4 inches by 4 1/8 inches. The passage has been professionally translated, and the fragment is mounted in a wooden frame. 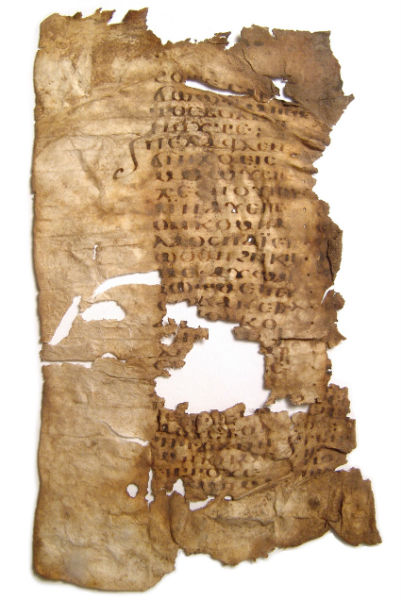 Also certain to draw a lot of attention are a large and impressive Greek red-figure skyphos from the fourth century B.C. and an Egyptian serpentine cosmetic palette in the form of a fish, New Kingdom, circa 1570-1075 B.C.