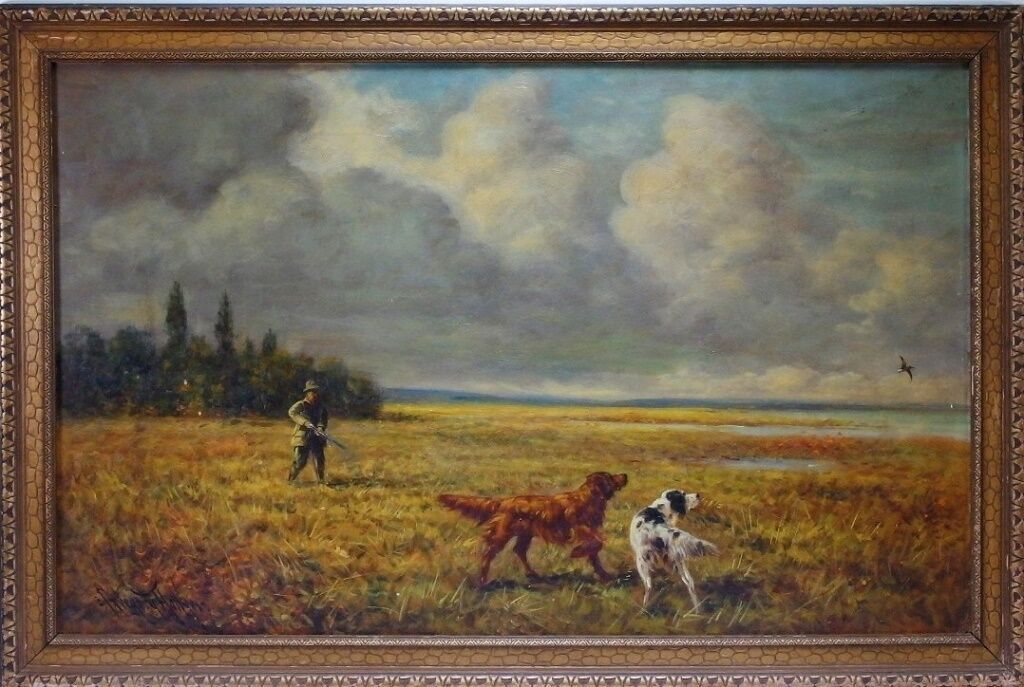 CRANSTON, R.I. – A Neoclassical bronze figure of the Greek goddess Thetis on a large mantel clock by French sculptor Pierre Eugene Emile Hebert (1828-1893), a Madoura pottery partial glaze ceramic bowl by Pablo Picasso and an oil on board hunting scene by Gregory Hollyer (American 1871-1965) will all be sold on Saturday, Jan. 14, by Bruneau & Co. Auctioneers. Absentee and Internet live bidding will be available through LiveAuctioneers.

“We’re excited to start off the New Year with a multi-estate auction that offers such a diversified selection of antiques, fine art and decorative arts from all over New England,” said Kevin Bruneau, the president of Bruneau & Co. Auctioneers.

The first session, starting at 10:30 a.m. Eastern time, will be a live-only affair – no reserves and no absentee or Internet bidding – with more than 150 lots coming up for bid. The second session, a catalog and Internet auction, will begin  at noon and feature more than 350 lots.

The first portion of the cataloged sale will open with 40 pieces of artwork, comprising various artists and styles. Included will be the oil on panel landscape painting (above) by British-born American artist Gregory Hollyer. The 24-inch by 36-inch work depicts a hunter and his birding dogs. The work should hammer for $600-$900.

The second portion of the catalog will feature 200 lots of antiques, decorative arts, militaria and Oriental rugs and textiles.

A decorative art highlight promises to be the Madoura pottery partial glaze bowl by Pablo Picasso titled Picador (below), which depicts a bullfighter on horseback and a bull. The lot should bring $1,500-$2,000. 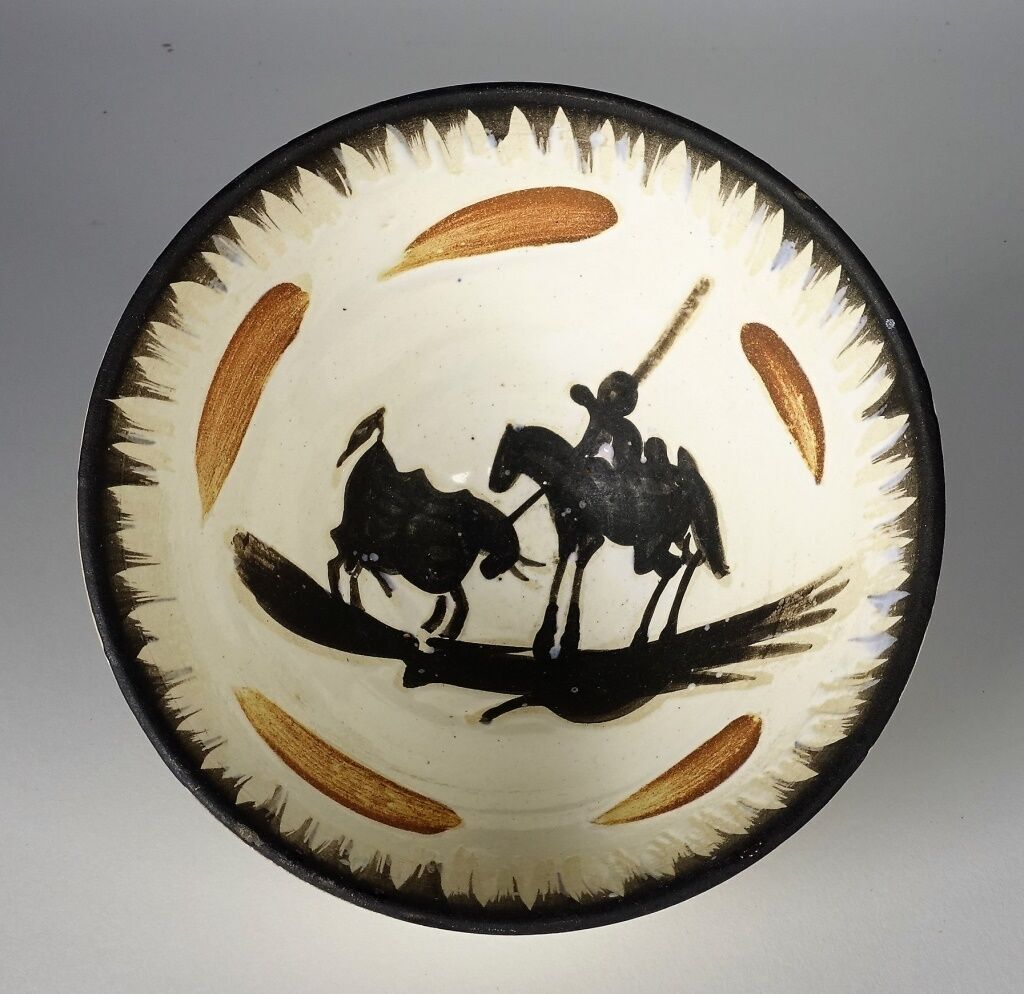 The session will also include the Neoclassical bronze figure of the Greek sea goddess Thetis by Pierre Eugene Emile Hebert, standing on a French Neoclassical black slate mantel clock, overall 28 1/4 inches tall (est. $1,000-$2,000). The circa-1860 clock is powered by a Samuel Marti movement. 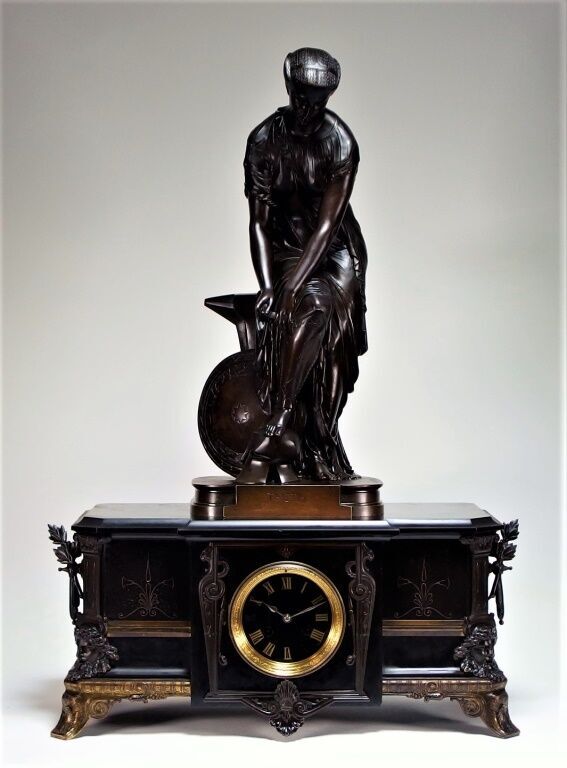 The session also contains the militaria component, with ephemera, firearms and medals.

The last portion of the catalog will contain 40 lots of Asian arts and antiques. A strong candidate for top lot of the category is a 19th century Tibeto-Chinese gilt bronze figure of a seated White Tara (below), diminutive at 5 inches tall but with a robust $2,000-$3,000 estimate. The figure was finely cast with inset turquoise stones and seated in Dhyanasana on a double lotus base. 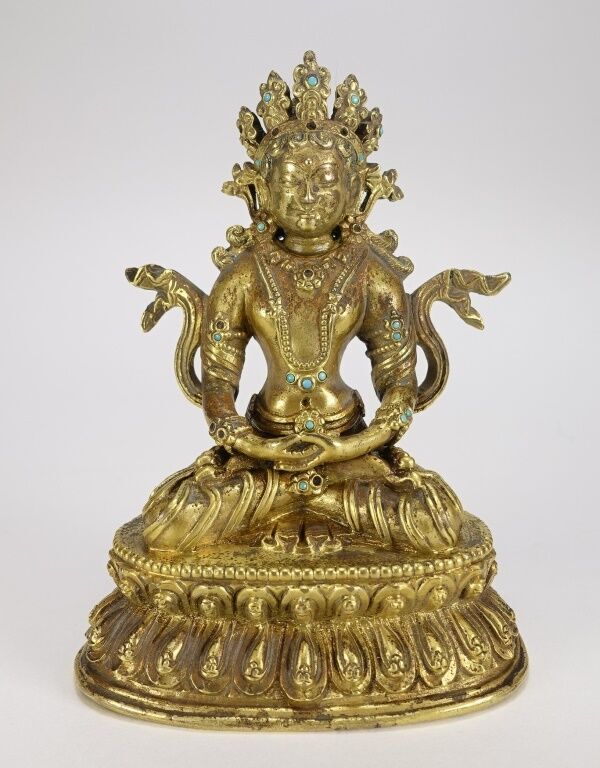