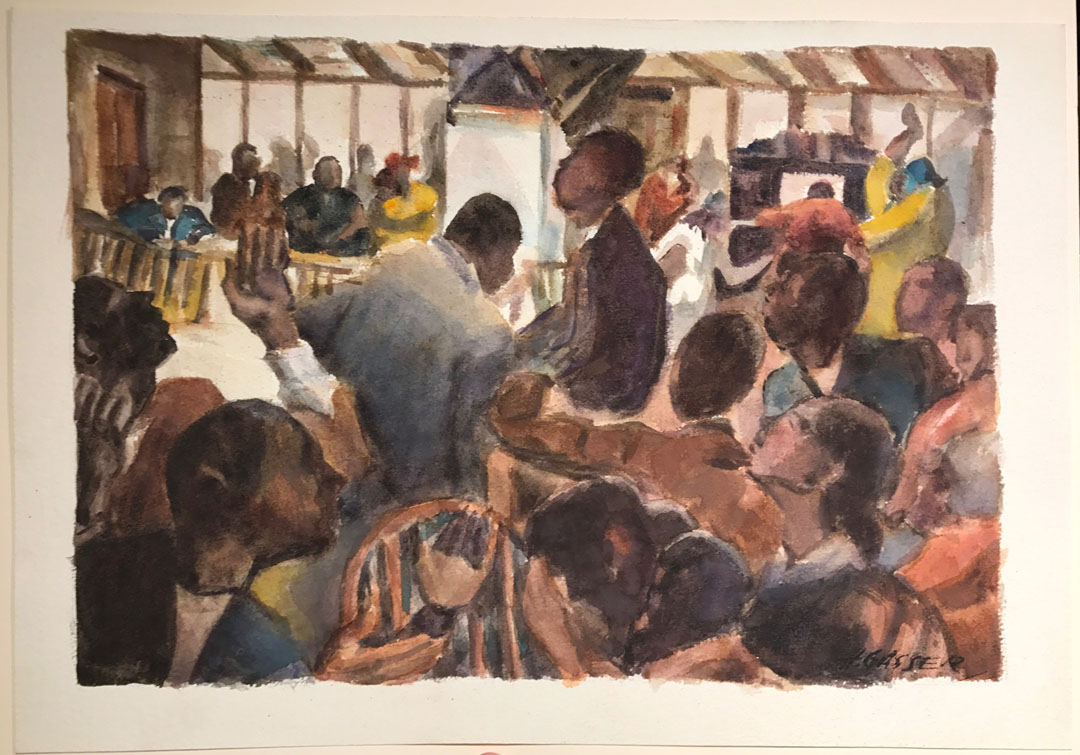 Carlyle’s latest online auction offers a curated selection of nearly 200 lots of museum-quality paintings, sculpture and works on paper. Many of the artworks being offered are from local Los Angeles estates and collections of entertainment industry luminaries.

As always, Carlyle’s auction features an eclectic mix of fine art, including European, American, Russian, Asian, Latin and Middle Eastern, 19th century, modernist, and Old Master paintings and drawings. Estimates range between $100 and $40,000, offering an opportunity for collectors at all price points.

An important painting by French “primitive” painter Henri Maik (1922-1993) is up for auction, with an estimate of $6,000-$8,000. Measuring a monumental 52 by 32 inches, this highly desirable painting (below) features Maik’s signature bright colors, tigers and forest landscape. This follows Carlyle’s most recent auction, which set a new auction price record for Henri Maik of over $20,000. 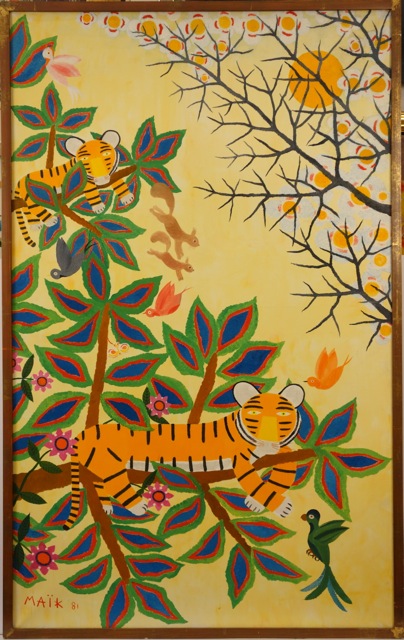 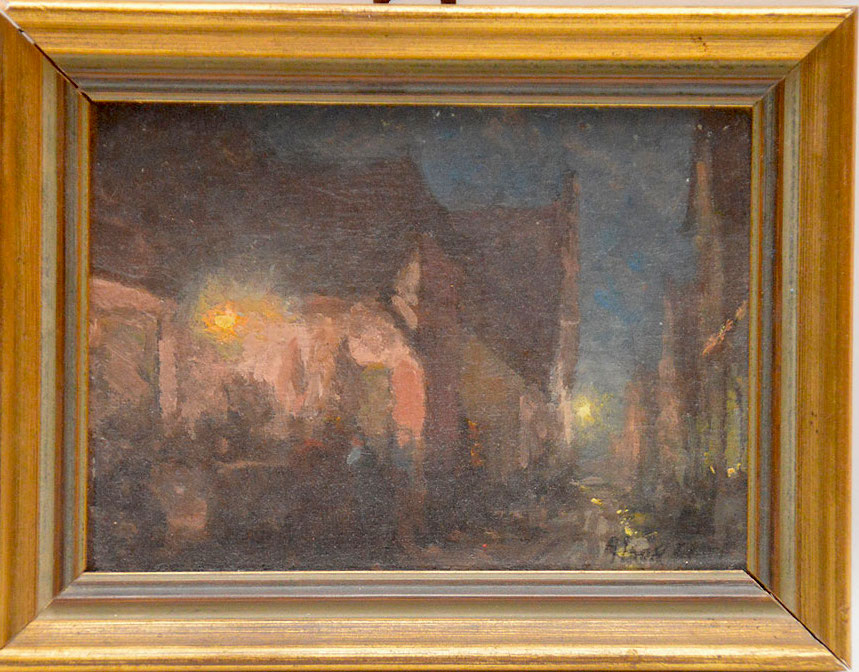 Other highly anticipated lots include a watercolor by Henry Gasser (1909-1981) featuring one of his popular African American scenes. Bidding will start at just $2,500, which is reasonable compared to a similar painting by Gasser which sold for $13,200 at Sotheby’s.

Other important American paintings in the auction include works by Robert Wood, Johann Berthelsen, Eugene Savage, David Burliuk, Charles Robert Knight, and other rare and highly collected painters from the 19th century to the 1950. Of special interest is an early painting by Andrew Thomas Schwartz (1867-1942), titled Election News. It was probably painted in the 1890s during his studies at Cincinnati art academy, with Franck Duveneck. The painting (below) bears a Berry-Hill Galleries label verso, and is from a Bel Air estate.

As always Carlyle will be offering works by desirable contemporary artists like Andy Warhol, Takashi Murakami, and Arman, all at reasonable price points.

Up for bidding on April 5, will be a wide selection of paintings by French Impressionist and Modern artists from the 1900s to the 1960s, including works by Jean Jansem, Georges D’Espagnat, Macario Vitalis, Bernard Lorjou, Claude Venard and other important artists. 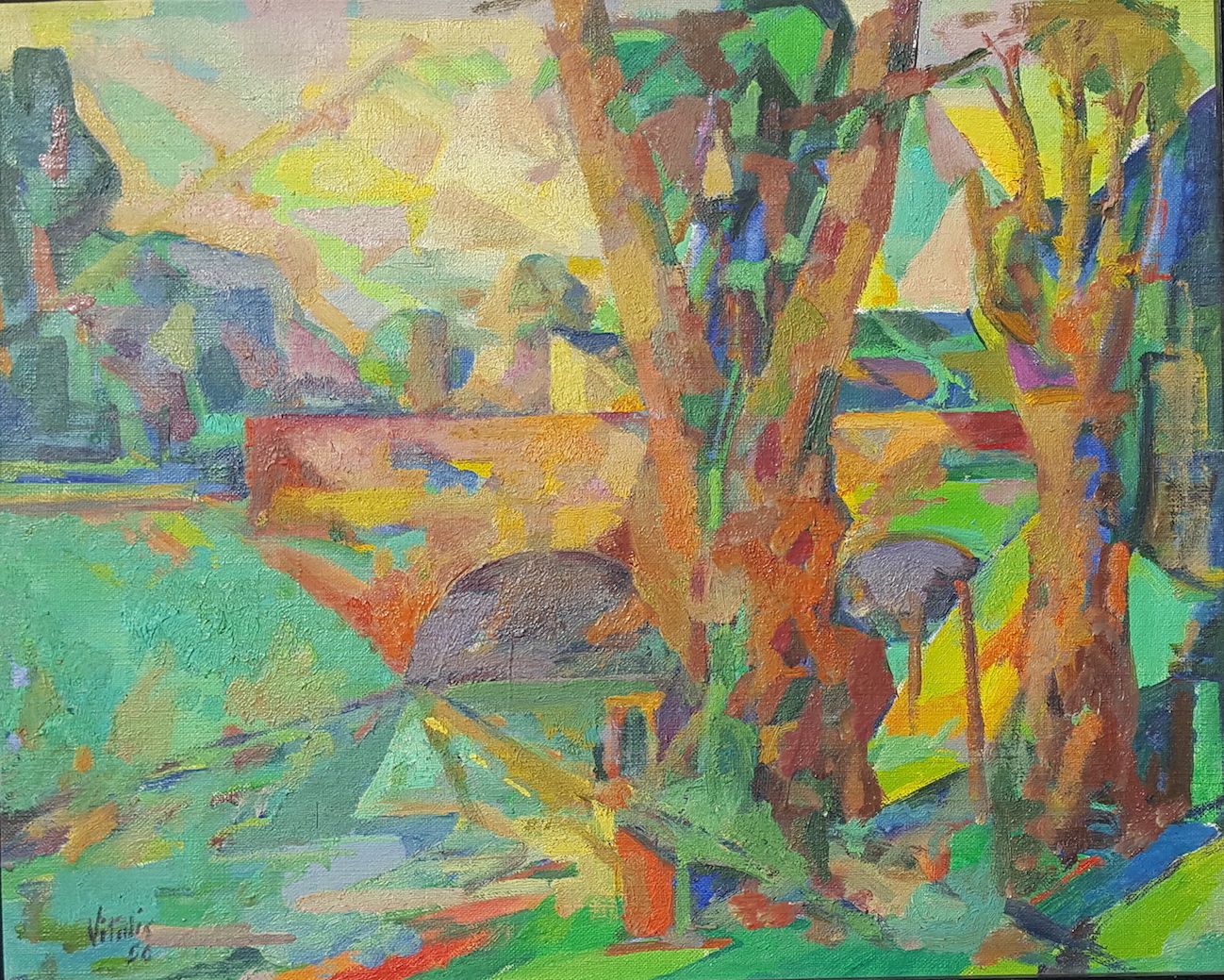 Carlyle is offering a wide selection of museum-quality Old Master paintings and drawings including early Renaissance Italian, Flemish, Dutch, Northern European, and British paintings from the 1500s. Most lots in the Old Masters category are in the $3,000-$5,000 range, making them highly accessible to collectors of all budgets, and presenting an exceptional value.

The auction is online-only.