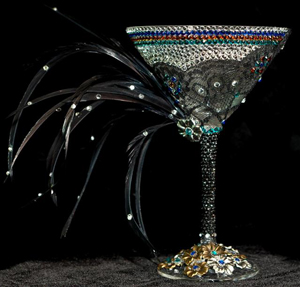 NAPLES, Fla. – Auctions Neapolitan will pop the cork on a very special event on Nov. 1, 2010 – a 31-lot auction of uniquely artist-decorated martini glasses, each reflecting the personality or career of an A-list media celebrity or athlete. Each of the imaginatively adorned glasses is autographed by the person to whom it pays tribute.

There will be no buyer’s premium added to the hammer prices in this auction, and all profits from the event, which will be held at Saks Fifth Avenue’s Naples store with Internet live bidding through LiveAuctioneers.com, will benefit the Naples International Film Festival, The Education Foundation for arts education, and the Conservancy of Southwest Florida. The latter organization will use its share of auction proceeds to clean and care for sea and shore animals affected by this year’s oil spill in the Gulf of Mexico.

The long list of celebrities supporting the martini glass auction includes many who have a connection to Florida, like John Travolta, whose family lives in the Sunshine State. His autographed martini glass, painted by Brock Bodart, is an homage to Travolta’s now-classic roles in Saturday Night Fever, Grease, Urban Cowboy, and Pulp Fiction.

Other film stars represented in the auction include Academy Award winner (Crazy Heart) Jeff Bridges, whose fringed, cowboy-theme glass has an attached mini cowboy hat; and Sarah Jessica Parker, whose vivacious personality and sense of style are embodied in a glass trimmed with crystal diamantes, lace and feathers. Both the Bridges and Parker glasses were designed by Chelsea Arnold. A beautiful marine-theme glass in shades of turquoise with a dolphin motif is signed by Louis Psihoyos, Academy Award-winning director of The Cove.

A sparkle-stemmed martini glass painted with lipstick kisses is immediately identifiable as the artwork created for Emmy Award winner Loretta Swit, forever known to her fans as Margaret “Hot Lips” Houlihan on the M.A.S.H. TV series. Other TV stars honored with glasses include Rachel Ray and Gilles Marini (Brothers and Sisters, Sex and the City). Chad Kimbal and Montego Glover, who play the lead roles in the Tony Award-winning Broadway musical Memphis signed a glass to reflect the play’s rave reviews. The glass has a miniature copy of the theatrical review publication Playbill attached.

Many legendary sports stars stepped up to participate in the charity auction. Tennis players include Venus Williams, Lindsay Davenport and Anna Kournikova – Anna’s glass holds a green-glittered tennis ball and a pair of tiny crossed tennis rackets on a bow fashioned of racquet string.

From the world of music there are glasses designed for and signed by K.D. Lang and Crosby, Stills and Nash; while other glasses are associated with major figures of the literary and publishing world: New York Times bestselling author Robin Cook, Candace Bushnell (Sex and the City), Sue Monk Kidd (The Secret Life of Bees) and Playboy founder Hugh Hefner, whose glass features two “bunnies” alongside a pipe-smoking “Hef,” with the Playboy logo on the base.

Throughout the month of October, the martini glasses will be on display at various locations around Naples, including Sak’s Fifth Avenue and the Naples Philharmonic Center for the Arts. “Everyone loves them,” said Auctions Neapolitan’s owner, Kathleen Pica. “They’re so unusual, and of course, their sale will help fund causes that are very dear to our community here in Naples. We’re very proud of our boutique film festival, which is an important showcase for regional filmmakers, and we strongly support the efforts of The Education Foundation and the Conservancy of Southwest Florida, which has been instrumental in saving the lives of so many animals affected by the devastating oil spill. We hope to have an international turnout of bidders through LiveAuctioneers.com, as that will help to make this auction a great success.”

For additional information on any item in the auction, call Kathleen Pica at Auctions Neapolitan, 239-262-7333, or e-mail sales@auctionsN.com. 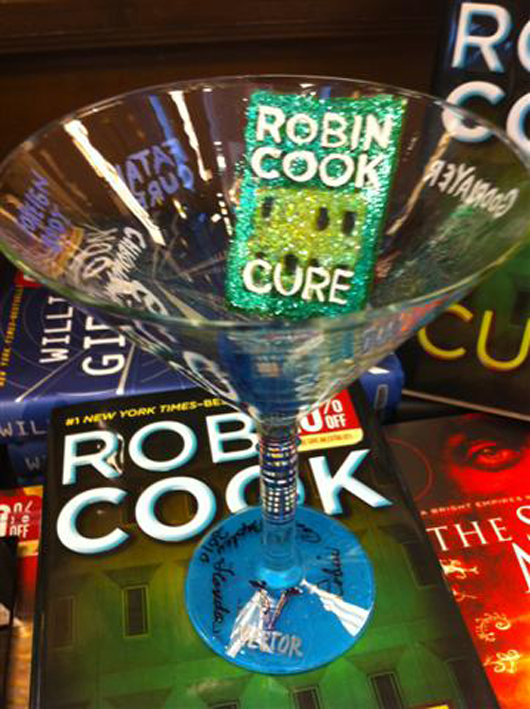 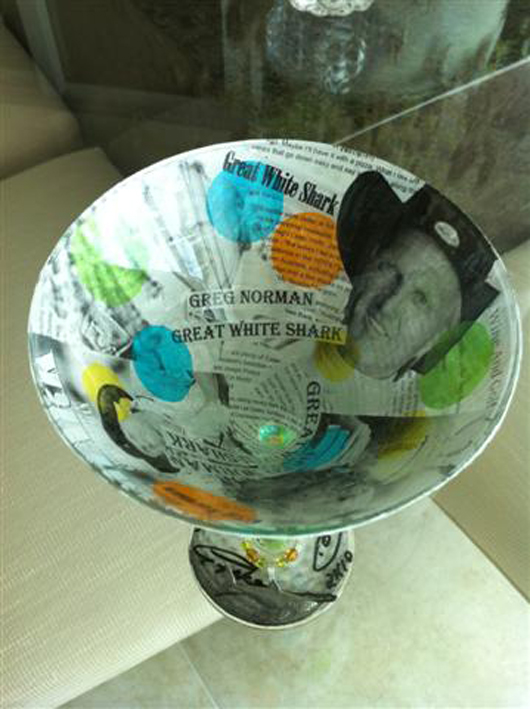 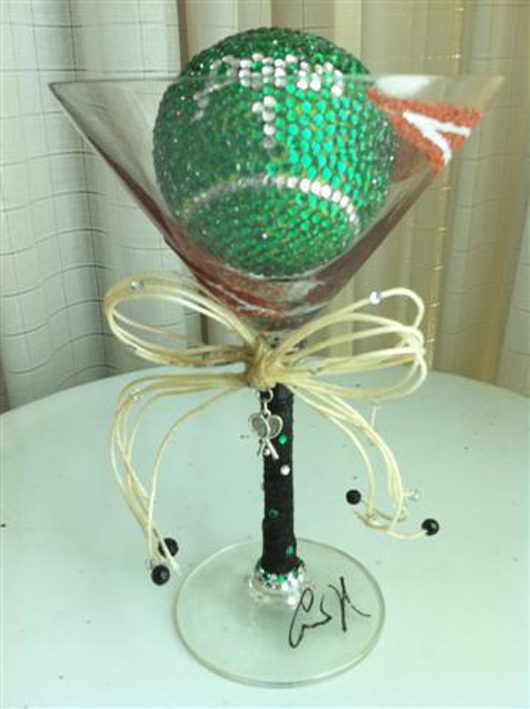 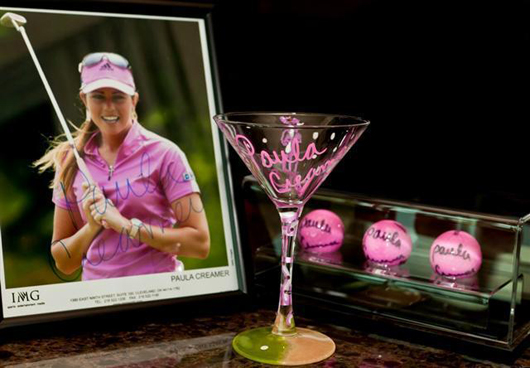 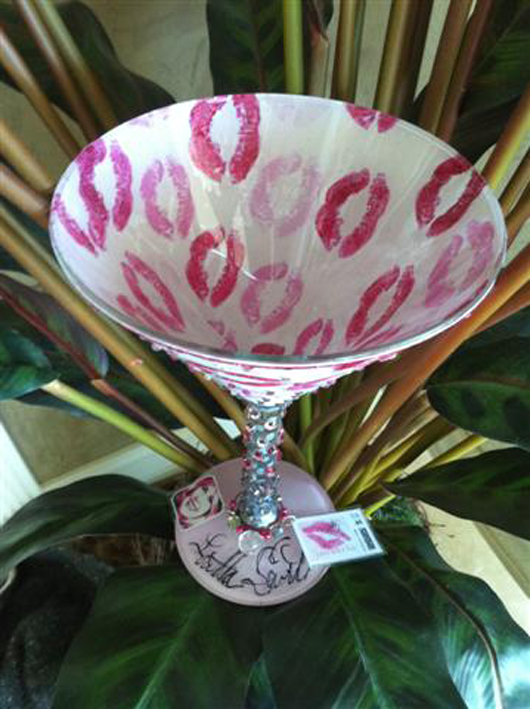 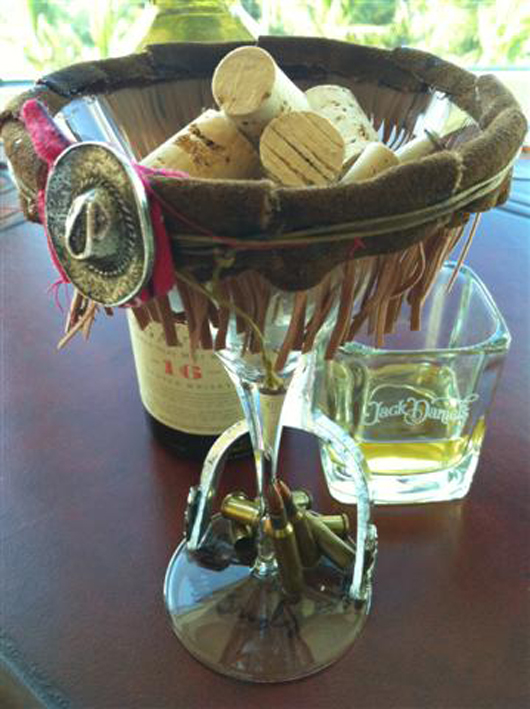 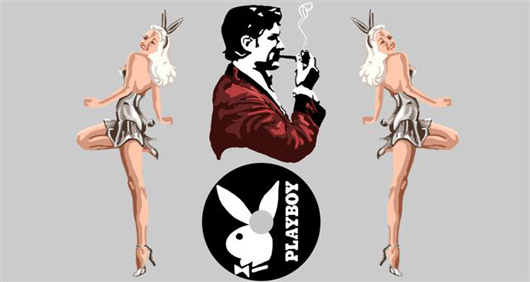 Artist’s rendering of design to be applied to a martini glass which will be signed by Playboy founder Hugh Hefner. Auctions Neapolitan image. 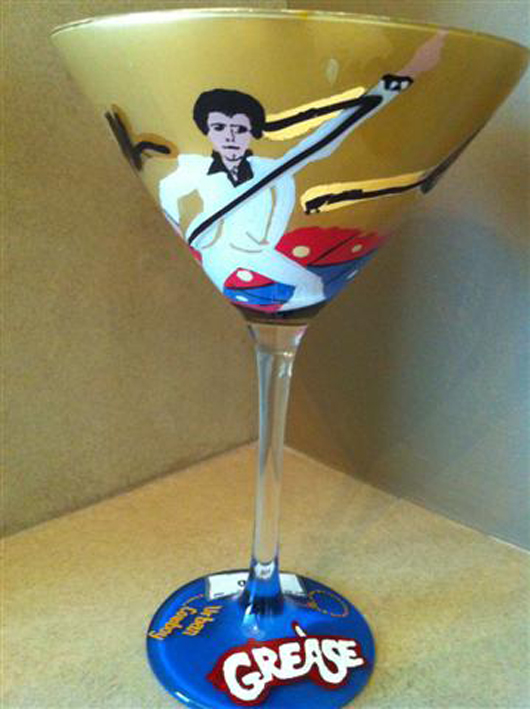 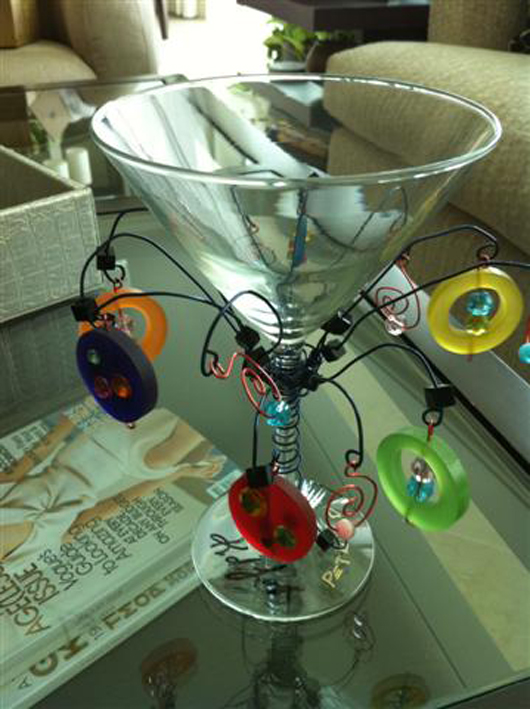