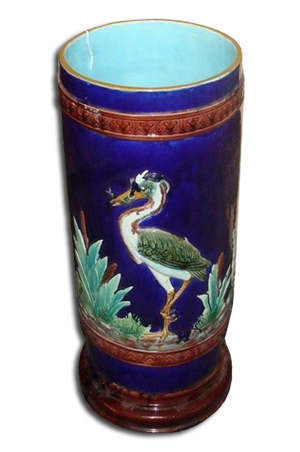 CRYSTAL RIVER, Fla. – Antique Auctioneer, Charles Fudge, a veteran of the auction industry for 40 years, will conduct the estate auction of Gai Creesy-Carlson, which will be his Professional Appraisers & Liquidators’ premier auction for 2012.

This auction will be held at Citrus Hills Lodge (formerly the Best Western), 350 E. Norvell Bryant Highway, Hernando, FL 34442 – rather than the firm’s own gallery. Ms. Creesy-Carlson’s estate contains some fascinating heirlooms. For those who cannot attend the auction in person, Internet live bidding will be provided by LiveAuctioneers.com.

Four hundred lots will be offered for sale without reserves. The complete catalog can be accessed at charliefudge.com or through LiveAuctioneers.com.

Creesy-Carlson’s family tree has is remarkable. Her grandmother, Roberta Carlson Creesy, was a Beacon Hill socialite. She lived about three doors down from Joe Kennedy Sr. on Beacon Hill during the 1910s and 1920s. Also during the 1920s, when her grandmother, Lilian Carlson, married Armond Fontaine, the newspapers described the event as “the celebrity wedding of the season.” Also of note, her grandfather, G.B. Creesy was a Limoges porcelain artist, and two beautiful pieces signed by this artist, the daffodil cylinder vase and the lovely dresser tray, will cross the auction block as well. In fact, this fabulous auction will contain antiques from all the ancestors mentioned above.

Another item of interest directly related to the Creesy family legacy is the Jim Clary limited edition print of the clipper ship Flying Cloud. Gai Creesy-Carlson’s great-grandfather, Josiah Creesy, was the captain of the Flying Cloud, and grandmother Eleanor Creesy was the navigator. According to Wikipedia, “The Flying Cloud was a clipper ship that set the world’s sailing record for the fastest passage between New York and San Francisco, 89 days 8 hours. In the early days of the California Gold Rush, it took more than 200 days for a ship to travel from New York to San Francisco, a voyage of more than 16,000 miles. The Flying Cloud’s better-than-halving that time (only 89 days) was a headline-grabbing world record that the ship itself beat three years later, setting a record that lasted for 136 years.”

The clipper ship was also famous for having a woman navigator, Eleanor Creesy, wife of Josiah Perkins Creesy, who skippered the Flying Cloud on two record-setting voyages from New York to San Francisco, and for sailing in the Australia and timber trades.

Says auctioneer Charles Fudge, “with seamen in her family history, it is only fitting that heir, Gai, was actually born on the French ocean liner Isle de’ France. This ship was the first major liner built after World War I and was launched on March 14,1926, with its major route from Havre to New York.”

Many of the items in this auction are from the family’s travel overseas, and the Oriental camphor chest and silk piano cover were purchased by Gai, while living as a military dependant in Okinawaw, Japan, during World War II.

Other items of interest in the auction are two samplers, one by Gai herself at age 10 and another 19th century sampler dated Sept. 22,1838, by Augusta L Holmes at 12 years of age.

Fudge says that his favorite highlights are the 1931 Model A Ford Deluxe Roadster automobile and the Bradley & Hubbard figural humidor, which is an example of the Sultans and Sheiks category featured in the reference book Figural Humidors by Joseph Horowitz, page 45. It’s considered rare. Another favorite of his is the hard to find 21-inch majolica Stork and Cattails umbrella stand. The doré bronze jewelry casket with hand-painted porcelain portrait of Marie Antoinette is yet another unusual piece from the collection.

Estate jewelry also abounds in this auction, with approximately 75 lots of fine gold, diamond and gemstone jewelry and watches to choose from. Highlights are the gold, platinum and diamond Art Deco pieces, which are in such demand these days. A showstopper in this category is the Victorian Guilloche enamel perfume bottle necklace / scent bottle, complete with original dauber and chain. Another favorite is the antique ruby and diamond dangling earrings.

Art is well represented by bronze and ivory statues, miniature portrait paintings on ivory, and fine antique oil and watercolor paintings, many of which are signed by listed artists. This category includes a landscape by Mabel E Dickinson Pond (1870- ) Massachusetts, a Boris Riab (1898-1975) hunting dog watercolor painting, an antique watercolor and gouache seascape by B.A. Crown dated 1913, oil painting of cows in a barn by John T. Willing (1860-?), and cows in a pasture by George A Hays (1854-1945).

The glassware category features art glass vases which are attributed to Moser, Stevens & Williams and Webb, enamel decorated pieces, and several bearing rigaree, as well as a stunning bride’s basket. There is also an assortment of Brilliant Period cut glass items, many of which are signed.

For details, contact auctioneer Charles Fudge of Professional Appraisers & Liquidators Antique Auctions by email at webuyit@tampabay.rr.com or by phone: 352-795-2061.

A complete catalog with detailed descriptions and photographs depicting several views for each item can be found on the company’s website: http://www.charliefudge.com. Preview is Friday, Feb. 24 from 10 a.m. to 6 p.m. and prior to each session on Saturday, beginning at 8 a.m.

A seminar for first-time bidders will be held at 7 p.m. on Friday, Feb. 24, 2012. Attendees will learn how to preview merchandise, how to bid, auction terminology and more. This class is by reservation only; call 352-795-2061 or for details about the auction.

To reach Charles Fudge directly for questions regarding buying, consigning items to auction, or buying or appraising estates, call his cell phone at 727-385-6109. 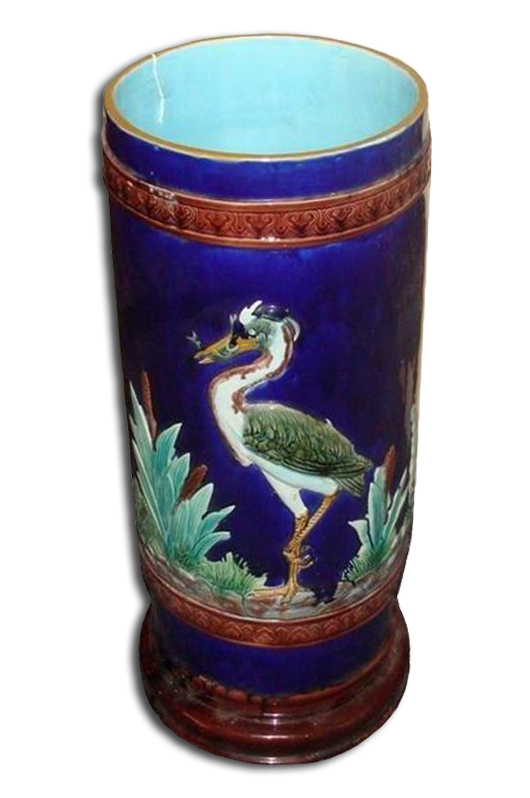 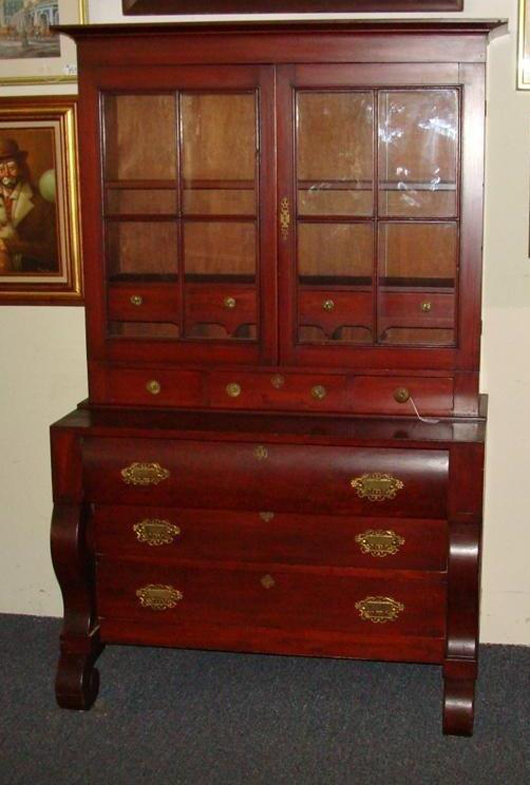 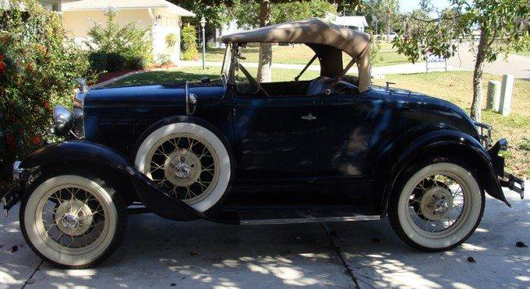 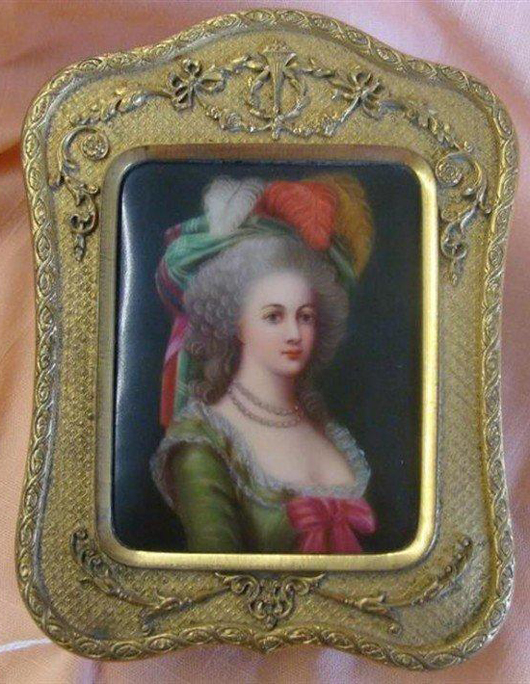 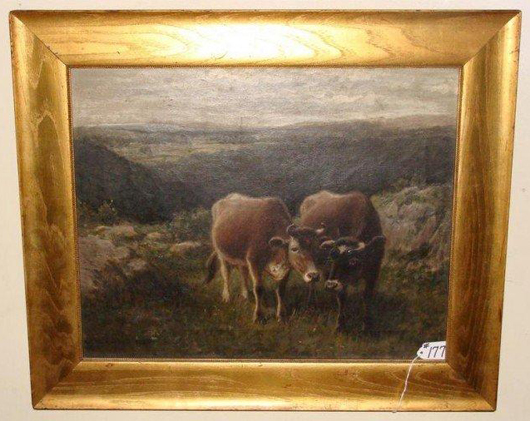 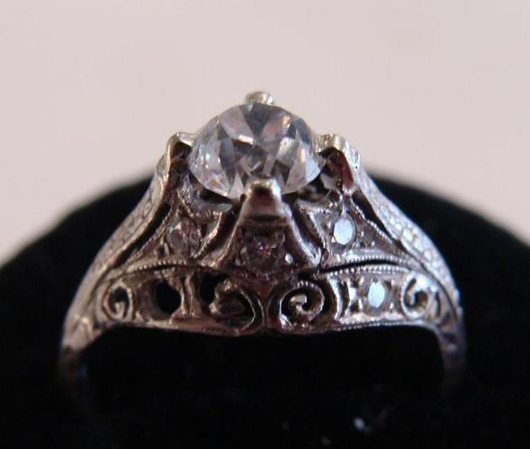 Franco in fridge sculpture stirs up art fair in Spain