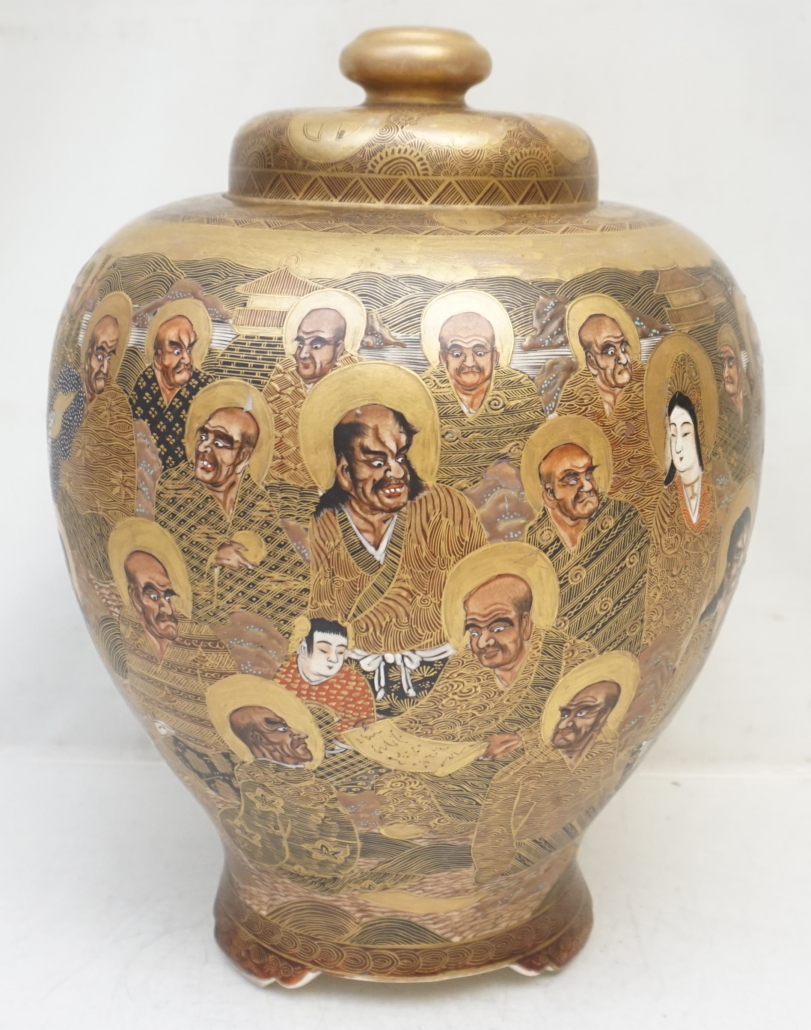 MT. PLEASANT, S.C. – Charleston Estate Auctions will hold an Art, Antique, & Jewelry sale on April 25. Consisting of 350 lots, it features a gratifyingly wide range of choice material that ranges from paintings to furniture to pottery to mirrors to paperweights to rings, necklaces, earrings, and other sparkling treasures. Absentee and Internet live bidding will be available through LiveAuctioneers.

Leading the selections is a Meiji-period (late 19th century) Japanese satsuma ware temple jar estimated at $1,000-$1,200. Depicted on its sides are a group of Rakan, whose heads are ringed by golden nimbuses, as well as a dragon, the Kannon Bodhisattva, and other notable figures that feature in Buddhism and Daoism. The temple jar stands 11 inches tall, weighs more than seven pounds, and displays a Shimazu clan satsuma mark on its base. 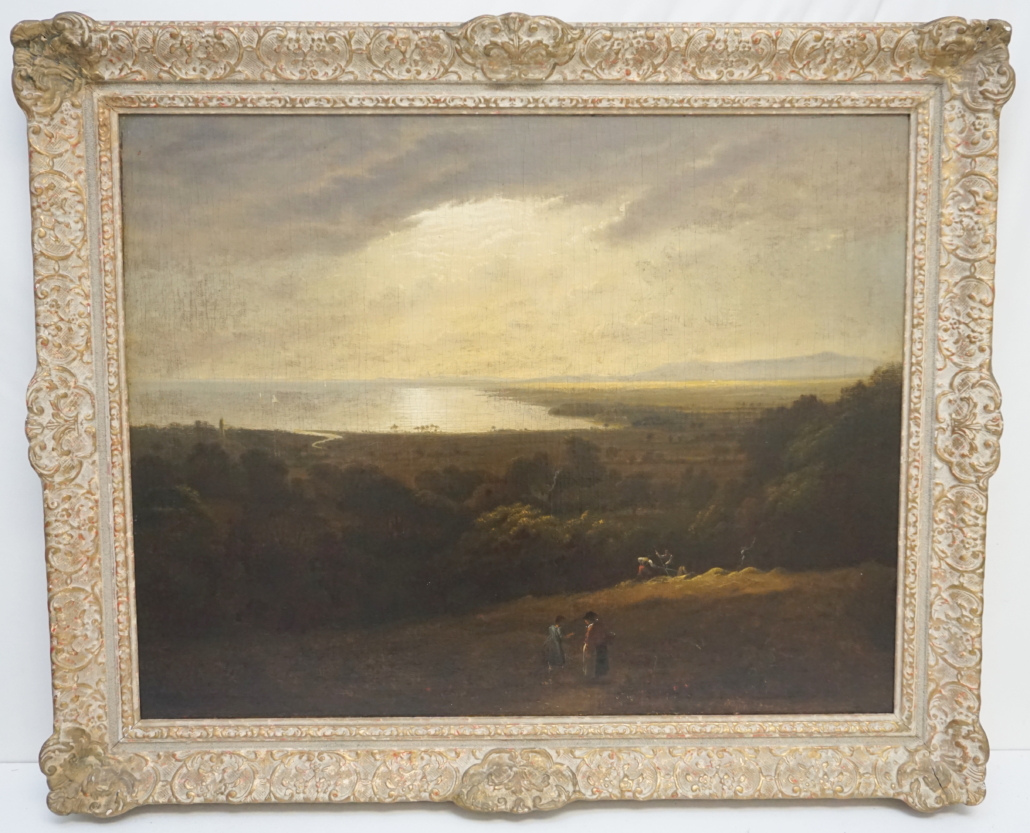 An undated Ramsey Richard Reinagle luminescent landscape graces the selection of paintings in the sale. Reinagle was the son of an English artist and established a respectable career for himself in the late 18th and early 19th centuries. The oil on board of an unidentified but pleasing vista with figures in the foreground is estimated at $6,000-$8,000. Also of note is Sun After Rain, a large, yellow-dominated, undated oil on canvas by American artist Mickey Williams. It is estimated at $8,000-$9,000. 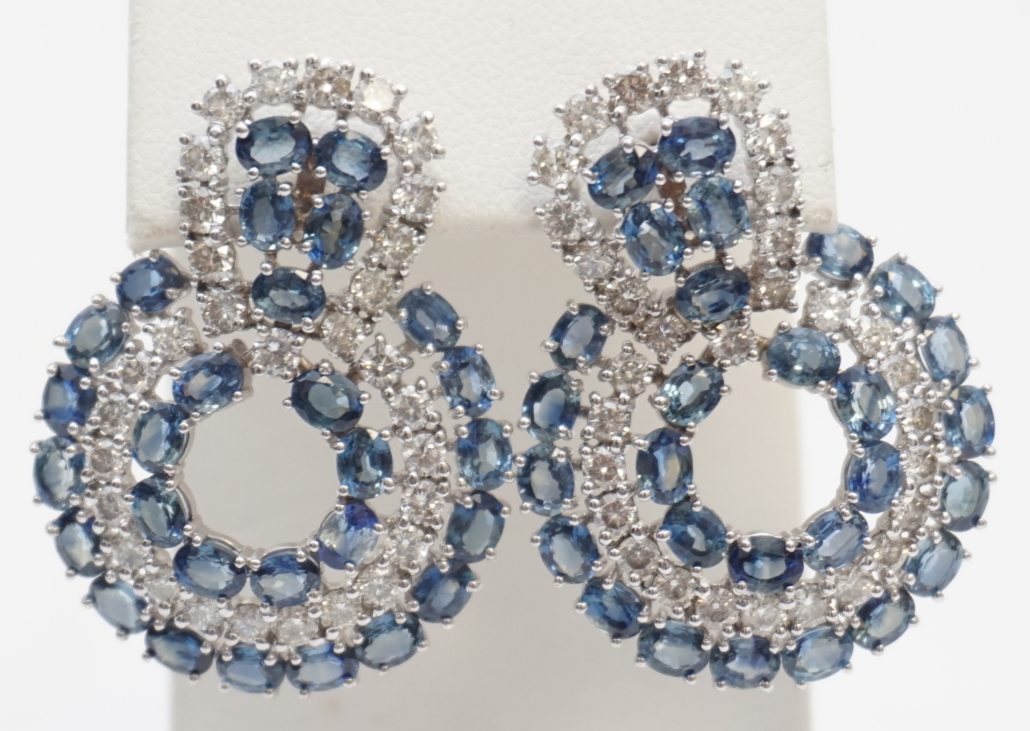 Items of jewelry in the auction include a pair of 14K white gold sapphire and diamond earrings. Collectively, they boast 56 oval-faceted blue sapphires that weigh 13.50 carats, and also 84 round-cut brilliant diamonds that together weigh 3.80 carats. The eye-catching set of earrings is estimated at $10,000-$12,000. 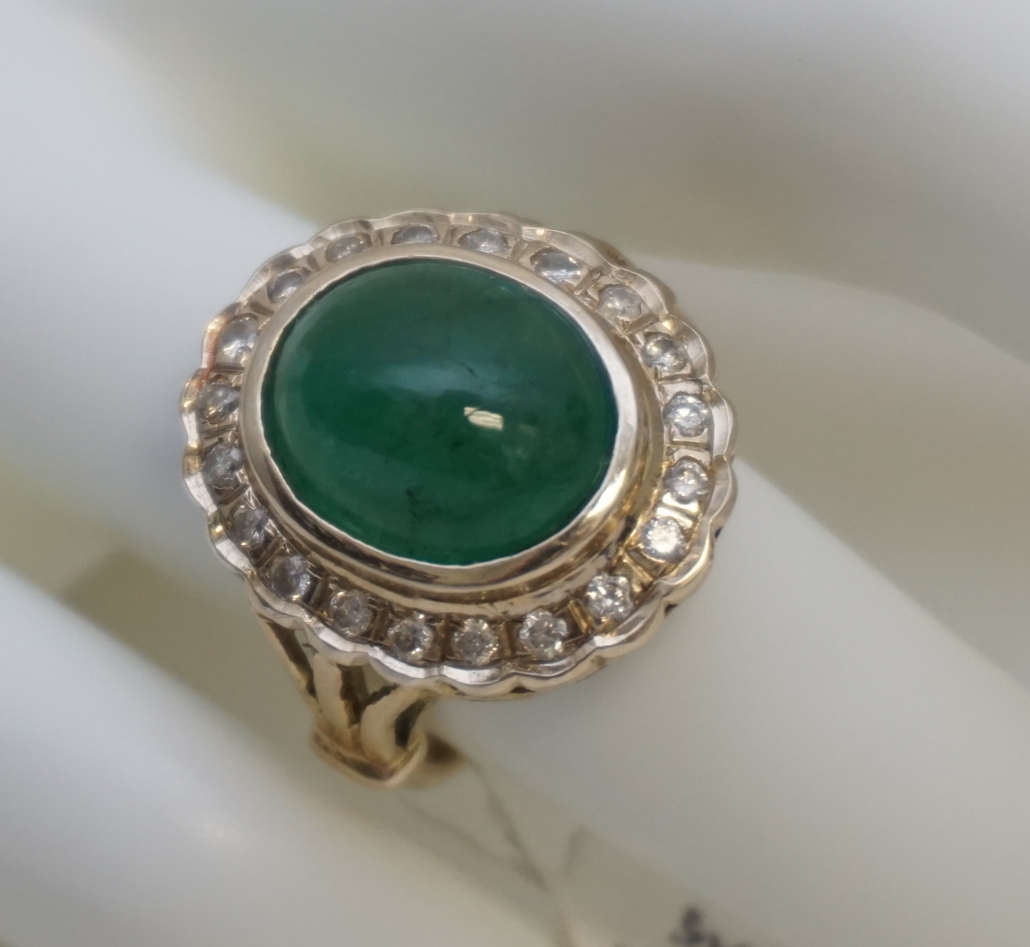 Those born in May and those who love them may wish to bid on an emerald and diamond cocktail ring, estimated at $6,000-$6,500. Set in 14k gold, the ring boasts an 8.05 carat oval cabochon emerald ringed by 20 bead-set, brilliant-cut round diamonds totaling 0.60 carats. 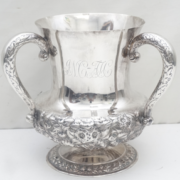 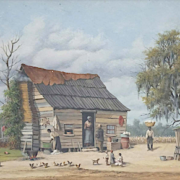 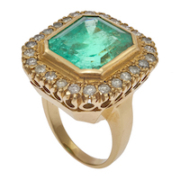 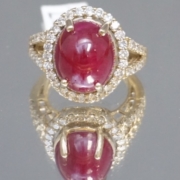 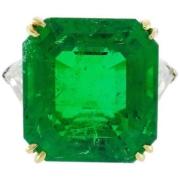 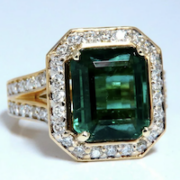